The Ozark Mountains (aka Ozark Plateau) hold ground in four different states: Arkansas, Missouri, Oklahoma, and Kansas. This region consists of two separate mountain ranges and covers 122,000 square kilometers (47,000 mi2). It is also the setting for the Netflix crime drama of the same name that features Jason Bateman and Laura Linney as Marty and Wendy Byrde.

The Byrdes are neck-deep in the money laundering business with the Ozarks serving as the backdrop. They are also involved with a Mexican drug cartel, casino entrepreneurs, and murder. Here are 10 similarities between the real world and the Ozark series.

Spoiler Alert: A lot of information about seasons one and two of Ozark are revealed in the list. 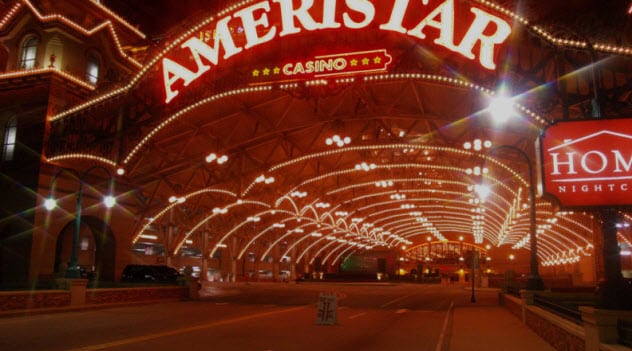 The series doesn’t stray too far from reality when it relays the number of legal gambling establishments in the state of Missouri. In the series, the Byrdes and some of their sketchy cohorts work diligently using bribes, blackmail, threats, and betrayal to raise the number of casinos allowed from 13 to 14.

In actuality, this number is spot-on. Missouri currently has only 13 casinos located in several different cities. There are more than 19,214 slots and gaming machines and approximately 465 table games.

The Ozark series has just wrapped season two, so it will be interesting to see how the workings of their riverboat casino play out when compared to the real-life casinos. Will they start with two-hour gaming sessions and a $500 loss limit as was the custom before the turn of the century? Probably not. Will this riverboat casino operate 24 hours a day like St. Louis casinos?[1] 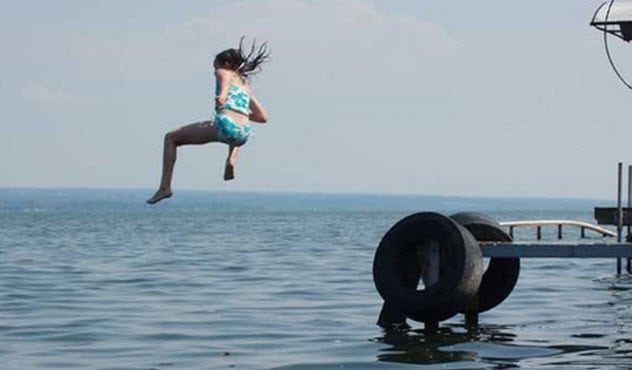 In season one, Ruth (played by Julia Garner) discovers that one of her uncles is working with a federal agent and seeking information that could be potentially harmful to her and her employer, Marty Byrde.

To protect herself and her new source of income, she commits murder by electrocution, killing her uncles as they grasp the metal railing of a boat dock. While this scenario isn’t all that far-fetched, it seems that a growing number of electrocutions occur near boat docks.

This type of electrocution, called electric shock drowning, is quickly becoming an epidemic of sorts. It occurs when people swim into waters that have come into contact with an electrical current.

Although these horrific deaths are not the same as what is seen in the series, electrocution in and around the water, particularly during leisure time, is on the rise. New or tighter laws should require circuit breakers and outlets that shut down when they overload or short out. Shock alarms that detect a current in the water should also be installed in both public and private swimming areas where electric shock is possible. 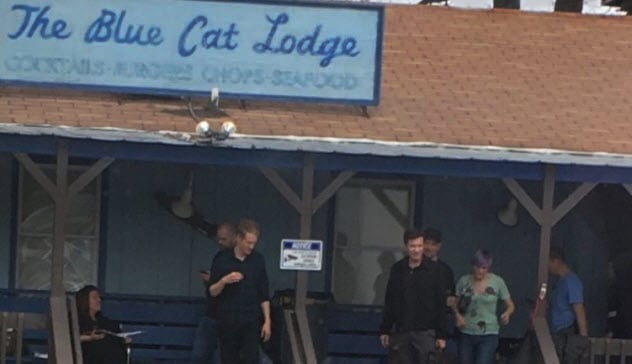 The Blue Cat Lodge really does exist, except it isn’t in the Ozarks. Located in Canton, Georgia, where the majority of the show is filmed, it was created solely for the Netflix series. So if you had hopes and dreams of grabbing a cold one at the Blue Cat, that won’t be happening as it isn’t open to the public.[3]

Furthermore, the lease for the building used as the Blue Cat Lodge was recently acquired by the owner of JD’s Bar-B-Que restaurant. So it looks like Marty will no longer use the Blue Cat as one of the businesses that cleans the cartel’s money.

Unless you look at it from a different angle. The lodge part of the Blue Cat was actually inspired by the Alhonna Resort in the Ozarks. 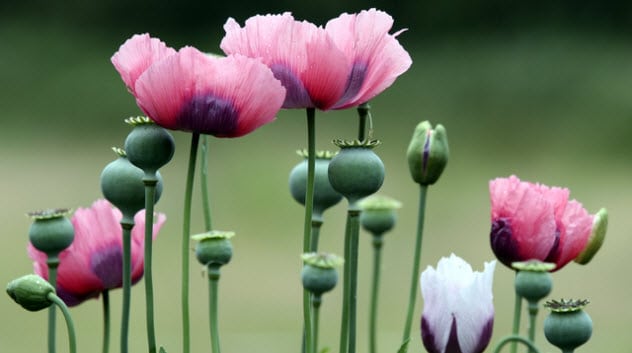 Apparently, some people in the US are in the same profession as the Snells from the Ozark series. Poppy farming does occur in the United States and not just for ornamental purposes. In large amounts, the plants are used to make heroin, morphine, and opium.

In June 2017, a massive poppy bust occurred in North Carolina. Unlike the fictional characters on the show, a 37-year-old man was taken into custody in real life. In this particular bust, over 900 kilograms (2,000 lb) of opium poppy plants were discovered growing in Catawba County.[4]

Several years before the North Carolina incident, officials discovered over 40 acres of poppy plants in the state of Washington. The Drug Enforcement Administration classifies large-scale poppy farms within the United States as extremely rare. 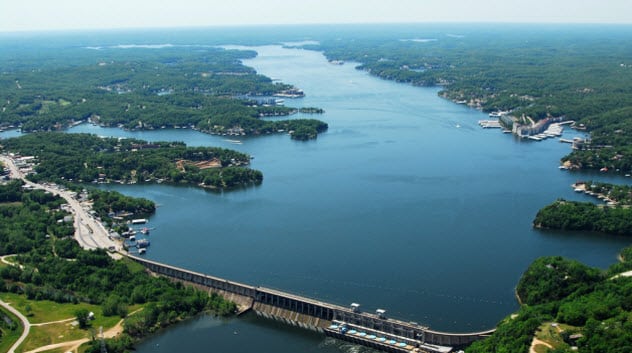 During season two of the series, federal agents descended on the Snells’ farm. Instead of finding the massive poppy fields they expected, they located a burned-out field.

However, a K-9 officer did hone in on a different scent and the agents discovered an unidentifiable decomposed body. The body was suspected to belong to the pastor’s wife who had been missing since the birth of her son. While Pastor Young awaited DNA results, the Byrdes hatched a plan to mislead authorities.

The Lake of the Ozarks was created in 1931 during the Great Osage River Project (when the Bagnell Dam was constructed). At the time, this was considered to be the largest man-made lake.[5]

Nevertheless, to accomplish such a feat, a tremendous amount of land was flooded. Homes, businesses, and entire towns were lost to the bottom of the lake. Among them were numerous family graves.

The Byrdes and the Snells use this to their advantage. In the show, not all graves are underwater. In addition, the Byrdes own a funeral home, which lets them somehow do a switch on the body of the pastor’s missing wife. Instead of the DNA proving that the recovered body belonged to Mrs. Young, it revealed a body from one of the lost unmarked family graveyards.

5 Drugs Distributed Via The Church 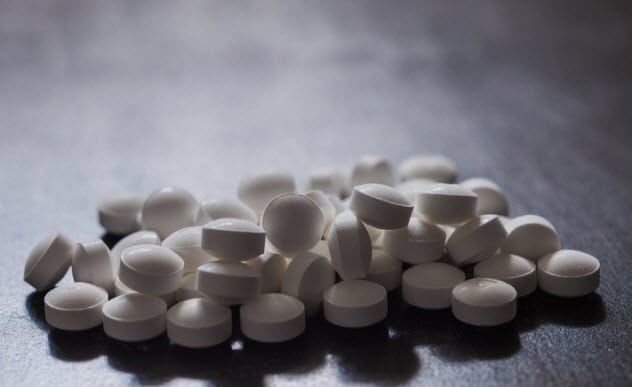 In season one of Ozark, the Snells use the church to distribute drugs by hiding the illegal substances inside Bibles. At first, Pastor Mason Young is none the wiser because of the smooth operation that takes place among the members of the floating congregation.

A similar real-life scenario played out in a closed church in Olive Hill, Kentucky. Prior to their arrest, the former pastor and his two accomplices were ringleaders in one of the biggest drug operations in the history of the state. According to ChristianPost.com, investigators discovered “tens of thousands of dollars worth of illegal pills . . . inside the walls of a playroom of the church,” which had shut its doors a year earlier.[6] 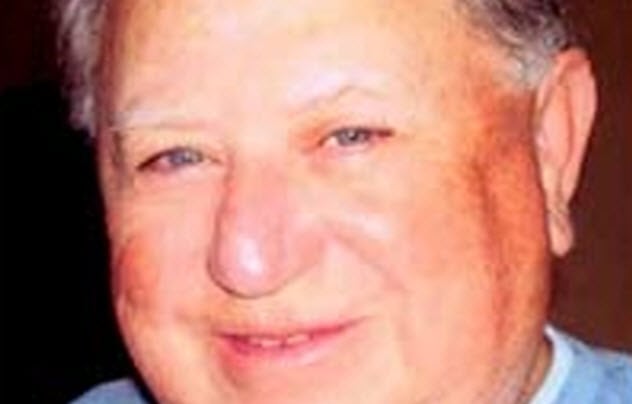 Missing, possibly murdered mobsters don’t necessarily make for the most exciting plot twist, although there are many missing and presumed dead members of the Mafia in real life. For example, Danny Walsh was an organized crime figure in Providence, Rhode Island. He was last seen at the Bank Cafe in Warwick, Rhode Island, on the night of February 2, 1933.

Anthony Zizzo (aka “Little Tony”), a prominent American mobster, was supposedly a member of the Chicago Outfit. Little Tony disappeared on August 31, 2006. He was last seen just outside a restaurant. His car was found in the same place, but he was never located.[7]

The Ozark series may have taken inspiration from some of the real-life mobster cases to plan exactly what happened to Camino Del Rio. He referred to the Snells as “rednecks,” and Darlene Snell didn’t take kindly to the verbal jab. She wasted no time putting “Del” in his place by shooting him in the head and sealing his fate. 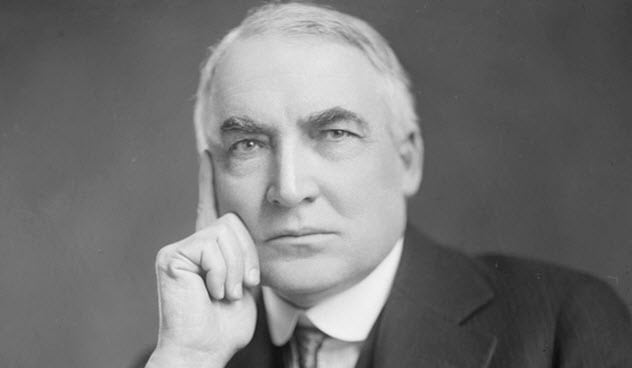 The Netflix series is full of crooked politicians, sex scandals, bribery and payoffs as well as blackmail at its finest. Ozark has it all. Our first hint of the political corruption is learning that Sheriff Nix works with the Snells and helps them keep their poppy farming a secret.

Missouri is the only state that has no limitations on political contributions, making it the perfect setting for the show. Just to open the casino, the Byrdes had to resort to all sorts of political manipulation. Those in power who disagree soon find themselves at the mercy of Marty and Wendy, sometimes in a roundabout way.

What’s politics without a sex scandal?[8]

The high-profile Clinton/Lewinsky relationship comes to mind. Presidents Wilson, Harding, and Kennedy were also rumored to have had affairs while in office. And that doesn’t even touch on the scandalous whispers surrounding some of those who run for office.

One particular Congresswoman in the Ozark series is shown a video of her husband in a compromising position with a known “exotic” dancer. The price of the video? She must not vote against the casino that the Byrdes are trying to open.

Another politician, Senator Blake, has worked hard to keep his mental health issues in the darkest of corners, only for the Byrdes and their wealthy political donor friend, Charles Wilkes, to threaten to out Blake’s deepest secret. This prompts his suicide. Then Wendy Byrde has the audacity to push the situation further with Blake’s widow and silence her with a large monetary donation to a new mental health organization. 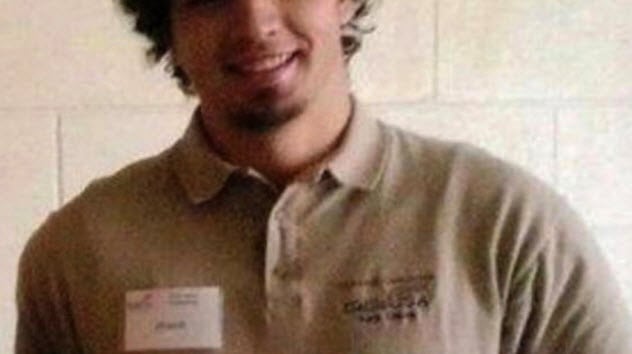 In season one, FBI Special Agent Roy Petty befriends Russ Langmore and convinces him to help bring Marty Byrde down. Although Langmore doesn’t meet his end at the hands of the agent, Langmore also doesn’t survive season one because he is taken out by his own family member. That doesn’t stop Special Agent Petty from acquiring another informant. He threatens her and supplies her with drugs to feed her habit.

In North Dakota in 2013, a 20-year-old college student was convinced to become a confidential informant in lieu of going to prison.[9] However, six months later, the young man was found shot in the head in the Red River. At first, police tried to call it a suicide. But no one was really buying that scenario, particularly because the victim’s body was weighted down in the water.

In another high-profile case, a female informant was murdered in a drug deal gone wrong. Many say that the informant was ill-prepared by her handlers to control the situation and was ultimately killed by the dealers.

Such public scorn came from her murder that “Rachel’s Law” was enacted in her name to ensure that law enforcement agencies undergo additional training for recruiting and instructing confidential informants. 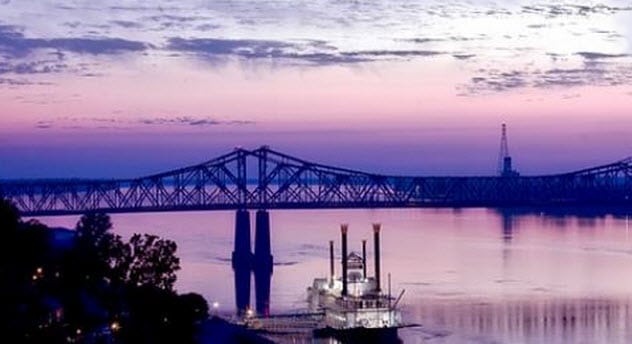 While the Byrdes’ riverboat casino has yet to set sail in the series, there are some interesting similarities between the show and reality. Riverboat casinos are currently found in multiple states, such as Iowa, Missouri, Illinois, Louisiana, Mississippi, and Indiana. In fact, they have been around since the 19th century.

They are exactly what they sound like—a casino on a boat. Riverboat casinos originally served a specific purpose because gambling was (and still is) illegal on dry land in many places.

Legislation regarding riverboat casinos has also changed over the years. Once, gambling wasn’t allowed until the boats were in motion. But more recent amendments have changed that and now allow for continuous boarding. In the state of Missouri, this means the riverboat can remain docked while patrons embark and disembark to gamble at their leisure.[10]

We will have to wait until at least season three to see how this aspect is addressed in the Ozark series.

Read about more surprising ways that TV has influenced real life and vice versa on Top 10 Murders Caused By TV Shows and 10 Iconic Movie And TV Restaurants That Are Actually Real.