Have you ever found a dead body? If not, could you imagine what it would be like if you did? You’re going on about your day like usual, but suddenly, you stumble upon a dead person—the body of someone who once was but is no longer, the outer shell of what used to be a human existence, suddenly and unexpectedly before you.

Every single year, 55.3 million people die. That’s 151,600 every single day, 6,316 per hour, 105 people every minute, and about two people per second.[1] This means that dead people are being found all the time somewhere in the world, sometimes by their friends and loved ones and sometimes by complete and total strangers. Up until the moment of their death, these people had a past, a history, a story, a narrative that was ongoing, and the tale of their place in the world continued on even after they died.

Every body has a story, and there are a lot of unusual stories out there. Here are ten of the most unusual dead body finds and their stories. 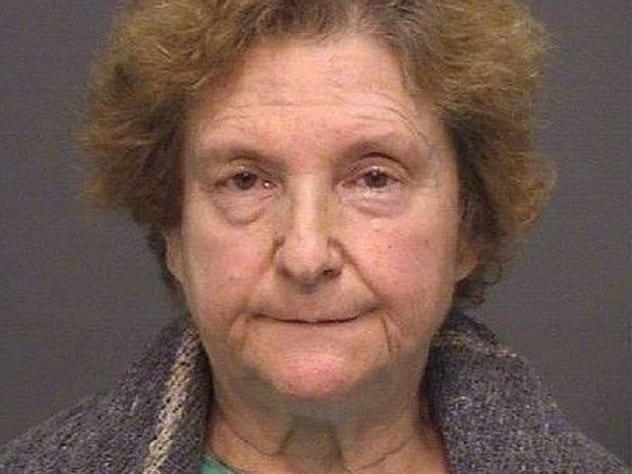 Ruth Strange, a 92-year-old Southern California woman, was found dead under suspicious circumstances in her home on the 6800 block of Vista del Sol Drive in Huntington Beach on September 4, 2018. Her neighbors thought it was strange that her gate kept opening and closing, as Ruth had, in her age, grown accustomed to habit and always locked her gate. After someone showed up to take her to the doctor and she didn’t answer the door, the police were called. They found Ruth facedown in her backyard pool, floating, with superficial cuts on her head.[2] As she was old, frail, and living alone, people were extremely surprised when Ruth’s death was ruled a homicide. Who would want to kill such an innocent, harmless old woman?

The answer would turn out to be, frankly, strange: A monthlong investigation would reveal Ruth’s own daughter, Cynthia Strange (pictured above), as a suspect. As it turns out, detectives believe that this 64-year-old killed her own mother and left her dead, facedown in her own pool, for financial gain, likely for a life insurance policy. 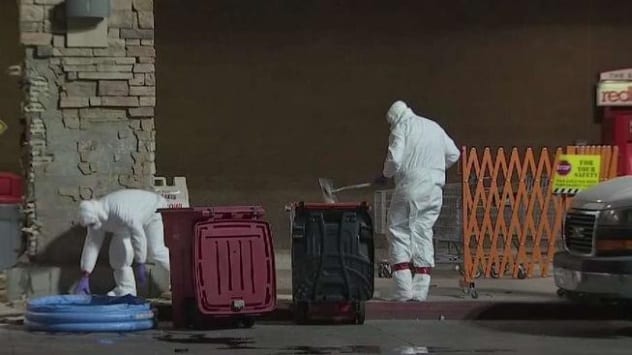 On August 11, 2018, the manager of a Lancaster, California, WinCo Foods began to complain about a rancid, reeking smell. A handyman tracked the scent to a pillar and began to dig into the pillar to see what was causing the foul smell that was scaring off the customers. As he dug, the handyman quickly exposed the shoe and leg of a man named Raymundo Rivera, who was already in the advanced stages of decomposition. One of the witnesses remarked that a gooey liquid spilled from the pillar and out onto the ground as the handyman opened it.

On August 6, five days prior to the discovery of the body, Raymundo Rivera was in a police chase with law enforcement officials, and he managed to get away by hiding in the grocery store. While it’s unclear what happened from there, somehow, Raymundo Rivera ended up inside one of the store’s pillars, dead.[3] 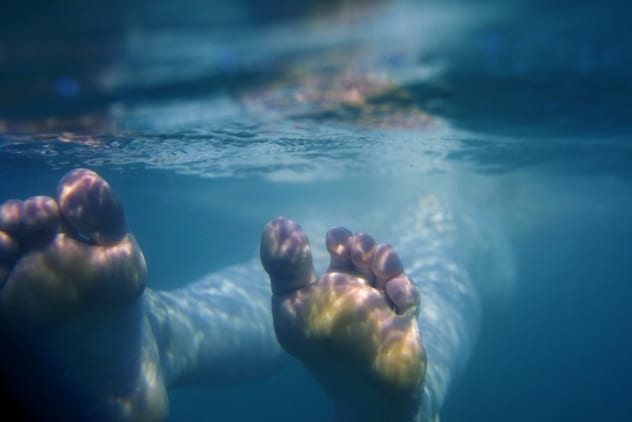 In June 2018, a 65-year-old San Francisco man by the name of Brian Egg was reported missing. Police knocked at his house three times but, armed with only a missing persons report, did not enter. Police asked the general public if they had any information on Egg’s disappearance, but weeks rolled by with no new leads.

That was until August 2018, when neighbors suddenly noticed police tape around the home and a stranger coming in and out of the residence. Police were called and arrested the stranger, a man named Robert McCaffery, for a possible homicide and other charges. After the arrest, they obtained a search warrant. Upon entering the home, they found a body in Brian Egg’s fish tank, headless and handless, decomposing.

Investigation and identification would later reveal that the body found inside Brian Egg’s fish tank in his San Francisco home was his own.[4] Robert McCaffery and another man, Lance Silva, were both arrested and brought up on charges for murder. 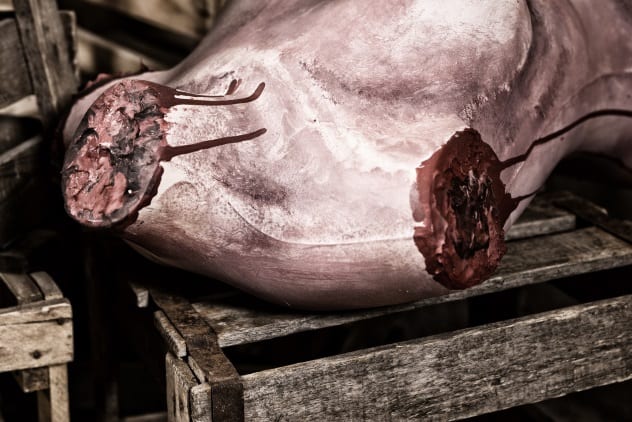 The evening of April 14, 1939, saw a string of bizarre and gruesome discoveries that were to shock the city of Baltimore, Maryland. Four separate sewers yielded small parts of what was believed to be a teenage girl at the time, first a right hand, then a left leg, pieces here and there of a young girl who had died only hours before. Then a mutilated heart was discovered in a manhole on Lombard and Wolfe streets as detectives quickly scrambled to understand what was going on. Had a body gotten loose from a morgue and somehow ended up in the sewer system? Or was this a much darker story of a serial killer?

A few weeks went by before investigators were able to piece the puzzle together. A man named Aurelio Tarquinio was arrested and charged with the murder of his then-girlfriend, Evelyn Rice, age 30.[5] After discovering that Tarquinio had filed a missing persons report only after the body parts started to float up from the sewers, police tailed him, and after a neighbor reported that Aurelio had mentioned that the police would never find the head, they arrested him and executed a search warrant on his property. Buried in the backyard was Evelyn Rice’s head.

Police concluded that Tarquinio pushed Rice down a flight of stairs, and her head fatally struck concrete. He then took her body, dismembered it in his basement, and dumped the remains in various sewers around town, each piece wrapped in newspaper. 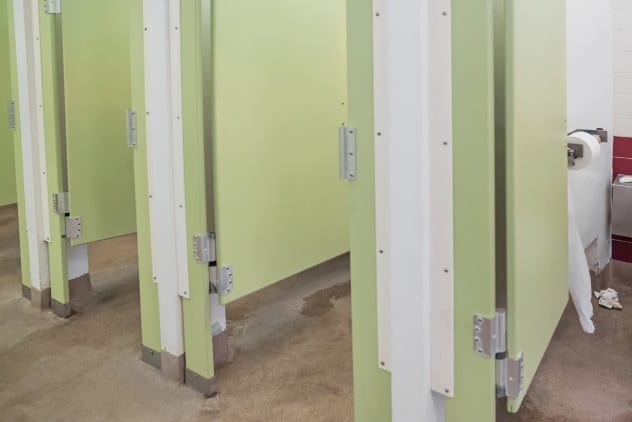 A terrifying discovery, a nightmare straight out of a horror movie, was made when the body of ten-year-old Aquan Lewis was found in a bathroom stall at his local elementary school in a suburb of Chicago. On February 4, 2009, some students at Oakton Elementary School got the attention of the janitor, informing him that they had found the boy’s body hanging in the stall by a coat hook.[6]

Even years after this gruesome discovery was ruled a suicide, Aquan’s mother can’t seem to come to terms with it; she refuses to believe that her ten-year-old would have committed suicide. Was Aquan’s death an accident, or did it come at the hands of another? The world may never know the whole truth. 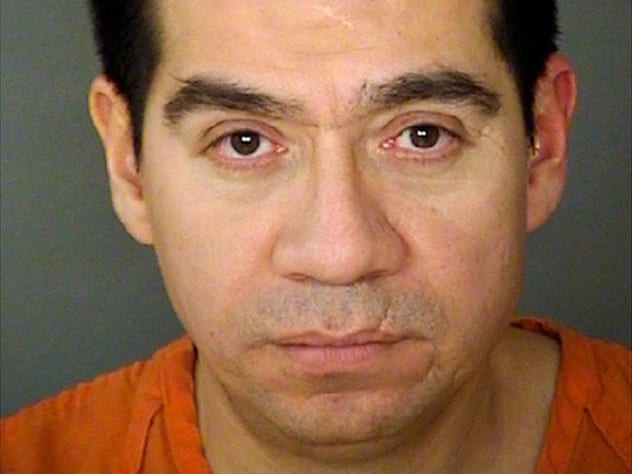 In the hustle and bright lights of the big city, it’s rare that something is unusual enough, strange enough, or terrifying enough to stop you dead in your tracks. But on January 17, 2012, two women were walking their dogs near the world-famous Hollywood Sign in Los Angeles when they came upon a severed head that had been placed inside a 99 Cents Only Stores plastic bag. The police and coroner quickly rushed to the scene, where they pronounced it both an investigation and a homicide. When one of the dogs bit and shook the bag, the head fell out, terrifying the two women.

The head was identified as a 66-year-old man named Hervey Medellin, a retired airport ticket counter clerk who was living off of his pension in his older age. Detectives then found a hand and a foot the day after the head was discovered.[7] It wouldn’t be long before police were able to piece together what had happened and point the finger at Gabriel Campos Martinez, Medellin’s roommate and lover, try him, and sentence him to 25 years in prison. 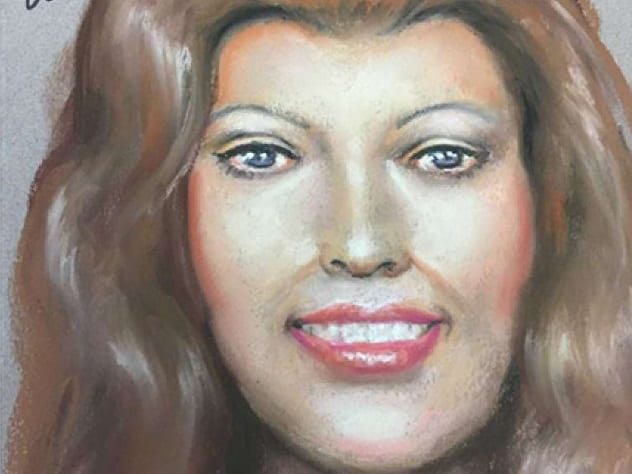 On one fateful day, March 24, 2018, volunteer cleanup crews found a small pistol along the shore of Lake Houston in Texas. Shortly thereafter, they also found a severed head in a bag. The bag had holes punched into it, and enough hair was coming out that the volunteer team was able to identify it as a woman’s head, and they called the police immediately.[8] The police released a sketch of what they believe the woman looked like in hopes of gaining any leads they could.

Witnesses reported seeing a man drive up to the location where the severed head was dumped in a blue-green or teal Chevrolet truck. The truck was loaded with rust, featured a broken window with what appeared to be cardboard covering it up, and had a generally misshapen body from having been in so many accidents. Police asked the public to come forward with any information about the man or the truck. Authorities are still looking for any clues or information about this gruesome discovery that can possibly lead to an arrest. 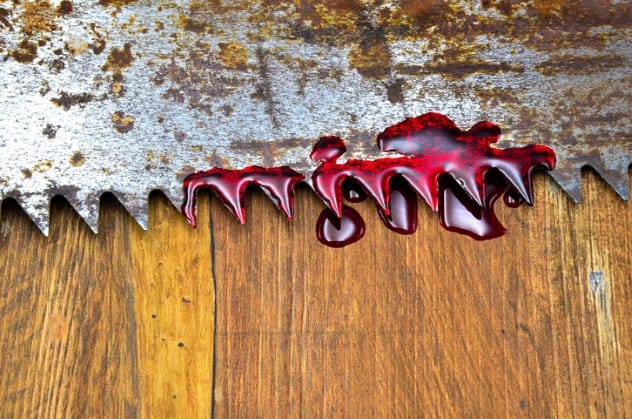 Sometimes, catching a killer involves teams of police forces working together to figure out what happened and trace the steps all the way back to the person responsible for the crimes they’re investigating. Sometimes, this can take years. Jump back almost one month prior to our previous entry, on March 1, 2018, and another severed head was discovered by a team of prison inmates doing cleanup duty 240 kilometers (150 mi) from Lake Houston.

The head was discovered by Calcasieu Lake in Louisiana.[9] This head was also found in a bag near a lake, and authorities are working closely together to try to bring the perpetrator to justice. At current, there are no known leads and very little information on the two women, but there is a sneaking suspicion that these crimes were committed by the same person. 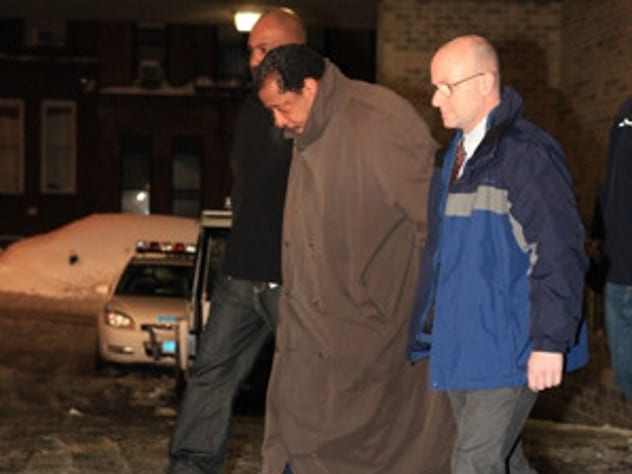 Betty Williams was a 28-year-old woman living in the Bronx, New York City, in 2010. On a late December evening at 12:15 AM, a suitcase was discovered unattended on a street corner in East Harlem. The passerby who made the discovery noticed that blood was dripping from the suitcase and, upon opening it, saw a human leg fall out. At this point, they ran to a nearby restaurant and called 911. The contents of the suitcase, of course, turned out to be the dead body of Betty Williams.

Police launched an investigation and managed to come upon some surveillance footage taken from near the scene where the suitcase was found. They released a creepily eerie video of a man dressed in winter clothing dropping the suitcase off out of frame. The man believed to be responsible, career con Hassan Malik, was eventually caught and brought to trial for the murder of Betty Williams. Malik openly admitted to killing Williams but insisted that it was self-defense. The authorities weren’t buying it, and Malik was charged for the death of Williams.[10] 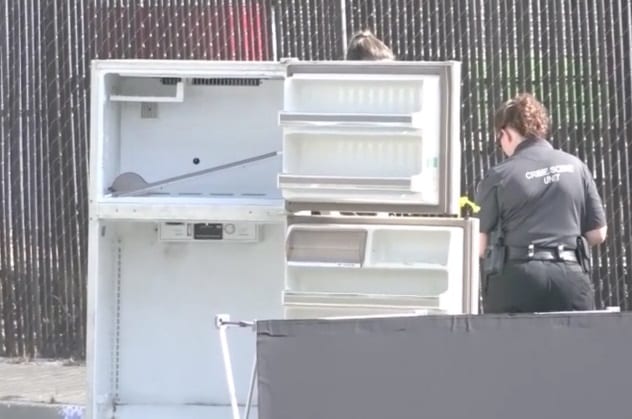 In early September 2017 in Ontario, California, a man was on his way to work at 6:00 AM when he came upon an abandoned refrigerator in the middle of the street. The man, thinking nothing of it, stopped to inspect the refrigerator, but he was in for a big surprise upon opening it. Inside was the peaceful-looking corpse of a man named Jason Daniel Garcia. Garcia was from Downey, just southeast of Los Angeles, and was 36 years old.

This discovery was quite bizarre, not only because it’s not every day you find a refrigerator with a dead body in it just abandoned in the street but also because Garcia was a spiritual family man, not caught up in crime or drugs, and he had a large extended family that he loved and spent a lot of time with. Police managed to locate a surveillance video from a local business that showed a light-colored truck dropping the refrigerator off in the street.[11] The police later pulled the truck over and impounded it but did not make an arrest in the case.

I like to write about macabre, dark stuff, horror, death, history, and philosophy.

Read more spellbinding stories of dead body discoveries on 10 Curious Places Where Corpses Were Discovered and 10 Murder Victims Whose Bodies Were Found At Bottoms Of Wells.

Top 10 High-Profile People Suspected Of Being The Zodiac Killer