We’ve idolized our stars of stage and screen since man first entertained his fellow villagers. Newspapers, magazines, and the Internet give us so much gossip and information on our celebrities that we’re pretty sure we know everything there is to know about them. But sometimes, there is so much more behind a pretty face or a catchy tune.

It’s hardly surprising to hear that a musician has invented a guitar or a microphone that will improve their performance or that an actress has invented support pantyhose. However, many famous people actually had achievements far outside their entertainment field. A surprising number of celebrities have either patented inventions or made accomplishments that most people aren’t aware of, and here are ten examples. 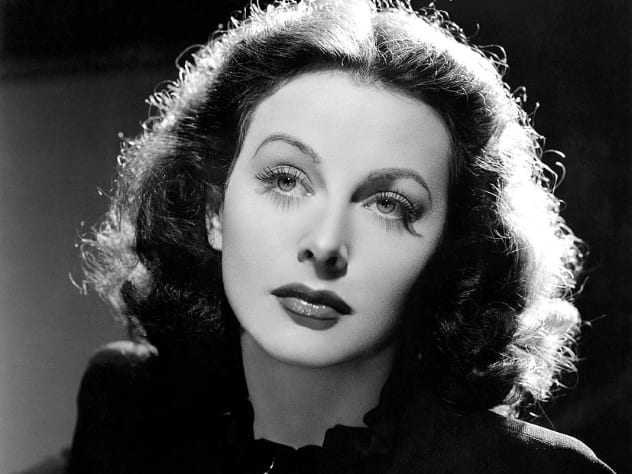 Austrian-born film star Hedy Lamarr was a box office hit during the Hollywood Golden Age in the late 1930s and early 1940s. She was once called “the most beautiful woman in the world,” but there was much more to the bombshell movie star than a pretty face.

During World War II, Lamarr also worked on a torpedo guidance system which forms the basis of today’s Bluetooth and Wi-Fi communications. Patented in 1942 in conjunction with composer George Anthiel, their “frequency hopping” device was used during the war to prevent enemy forces from jamming radio-guided torpedoes, thus sending them off course.[1]

Surprisingly, neither Lamarr nor Anthiel profited from their groundbreaking invention during their lifetimes. 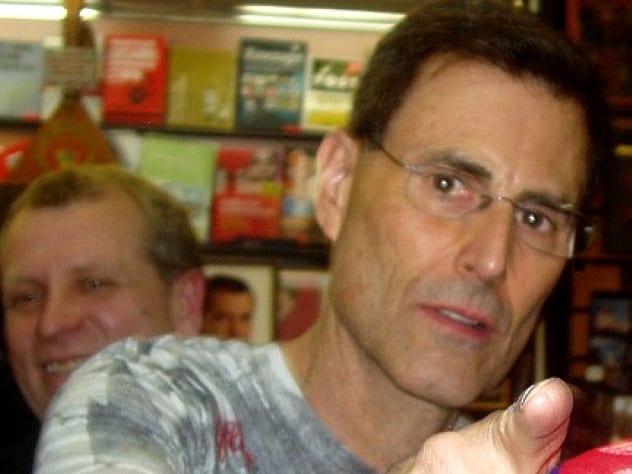 An Israeli-British illusionist, magician, and psychic, Uri Geller is best known for using “mind power” to bend spoons on live TV. His 40-year career as a paranormal entertainer has inspired both awe from fans and derision from skeptics. Offstage, there have been ongoing suggestions that he is a CIA agent.

However, a lesser-known feat is Geller’s invention of a radiation shield to protect cell phone users from the radiation they emit, which some contend to be harmful. Patented in 1998, the shield encases the device to protect users from the harmful effects of long-term exposure to radiation emissions from cell phones, walkie-talkies, and other handheld devices.[2] 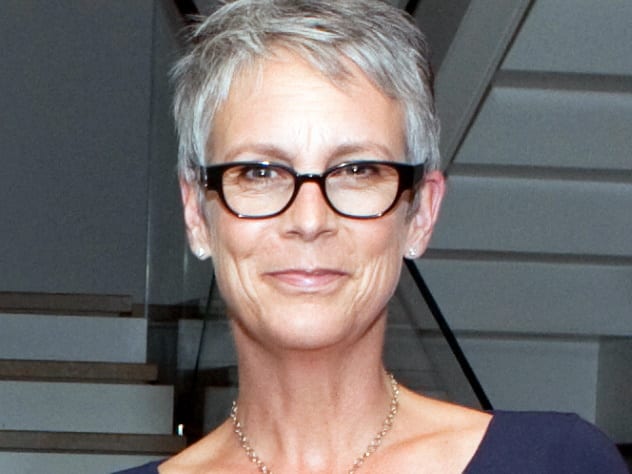 As the daughter of screen legends Tony Curtis and Janet Leigh, it is hardly surprising that Jamie Lee Curtis became a screen legend in her own right. She has featured in many movies during her career, including the famous Halloween series and with funnyman John Cleese in A Fish Called Wanda.

With such a busy acting schedule, it’s quite surprising that she found time to turn her hand to invention. Curtis actually patented a baby diaper during 1980s, aimed at improving the traditional disposable diaper design. Her nappy incorporates both the disposable diaper and a pocket containing disposable wipes, which are typically used at the same time.[3]

Despite having the patent, Curtis refused to license the product to be sold until companies began producing environmentally friendly biodegradable products. The patent expired in 2007. In 2016, she filed for another patent pertaining to disposable diapers. This one is good until 2036. 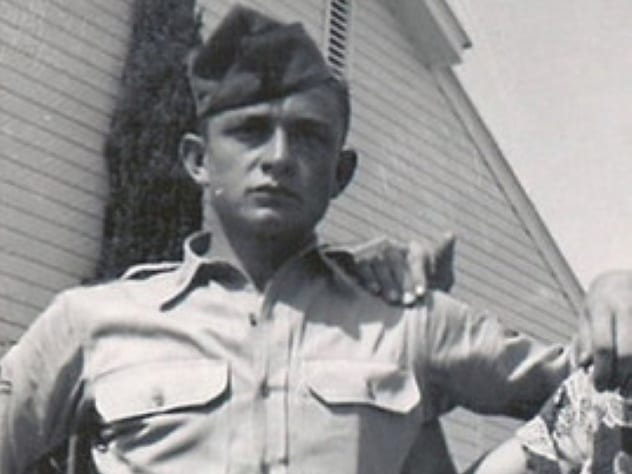 Johnny Cash was one of the all-time top-selling music artists. The US country and blues singer and guitarist sold more than 90 million records worldwide. Most of us will remember the deep baritone voice of “The Man in Black” which made him famous, with songs such as “I Walk the Line” and “Ring of Fire.”

During the 1950s, Cash served in the US Air Force, assigned to the 12th Radio Squadron Mobile in Landsberg, Germany. As a military code operator listening in on Soviet Army transmissions, not only did Cash need to be highly skilled in Morse code, but he also needed to be pretty fluent in Russian. Cash was the first American to learn that Soviet premier Joseph Stalin was dead, having intercepted Russian communications.[4] 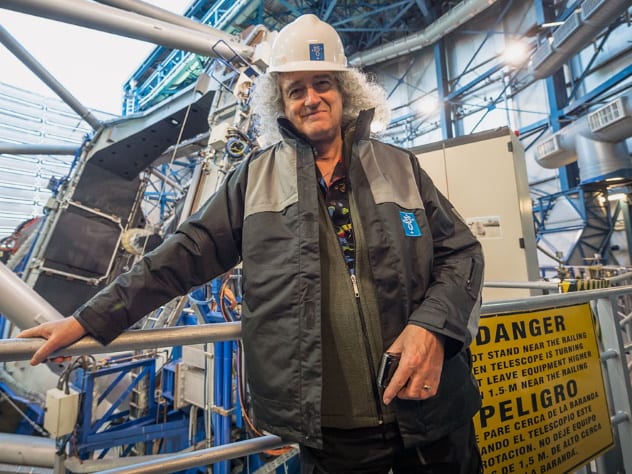 Brian May is best known as the long-haired lead guitarist and songwriter for the English rock band Queen. During his musical career, he has produced or performed on recordings which have sold hundreds of millions of copies worldwide. The most famous of these include the rock classic “We Will Rock You.”

When Brian May joined Queen in 1971, he was studying astrophysics and working on a thesis on “zodiacal dust.” His work studied the light reflection and velocity of interplanetary dust in the solar system.

He resumed his studies over 30 years later, completing his PhD in 2008. Since this time, May has continued both musical and scientific activities. His two worlds more recently collided with the release of his single “New Horizons” to celebrate the eponymous NASA spacecraft’s flyby of the Kupier belt object Ultima Thule.[5] 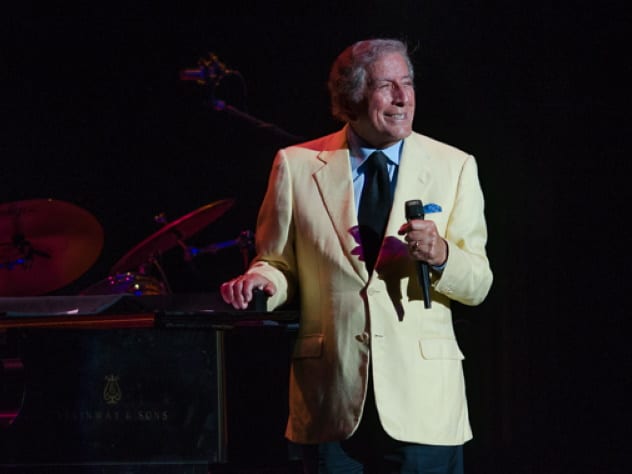 American crooner Tony Bennett was a household name during the 1950s and 1960s with his mix of pop, jazz, and big band performances and has remained well-liked since. He got his “big break” when Bob Hope heard one of his nightclub shows and invited Bennett to share the stage with him during a performance at New York’s Paramount Theater.

Bennett made numerous hit records, with “I Left My Heart in San Francisco” possibly being the star’s most memorable song of all time. His 2011 chart-topping album Duets II (which included a duet with Amy Winehouse not long before her death) at the age of 85 made him the oldest artist to top the Billboard charts.

However, it’s not only music for which Tony Bennett is famous. Working under his original name of Anthony Benedetto, he is also an accomplished painter.[6] Benedetto’s oil and watercolor pieces include a work commissioned for the 50th anniversary of the United Nations. His paintings are held in private and public collections around the world, including the Smithsonian Institution and the National Portrait Gallery. 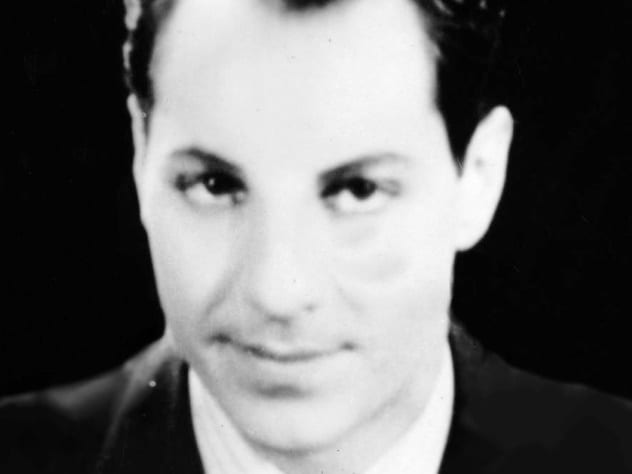 Zeppo Marx was the mute “straight guy” in the famous Marx Brothers slapstick comedies. While onstage, his role was to provide a foil to the over-the-top humor of his brothers, Groucho, Chico, and Harpo. In real life, he was said to be just as much of a clown. Many Marx Brothers fans would be surprised to know just what Zeppo did once he left the limelight. He pursued his lifelong passion for inventing things.

In 1969, Herbert Manfred “Zeppo” Marx was part of a team which patented a cardiac pulse rate monitor. The device was worn on the wrist and gave both an audible alarm and also vibrated if one’s heart rate exceeded a certain level, warning the wearer to cease activity. Marx also invented the Marman clamp, which is used today in various aeronautical applications.[7] 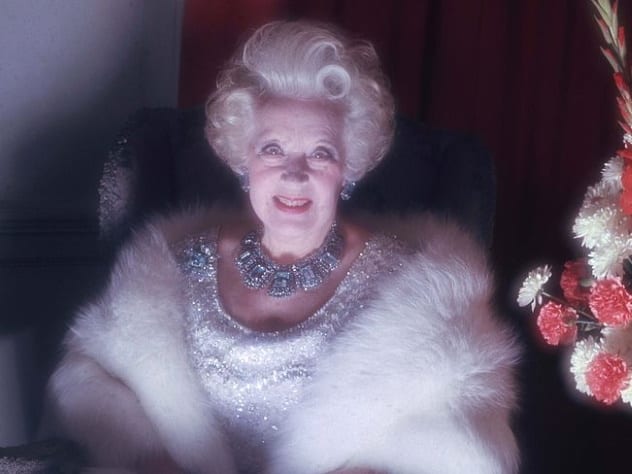 Dame Barbara Cartland is famous for being the sugary pink English romantic fiction novelist as well as being the step-grandmother to Diana, Princess of Wales. During her career, she penned more than 700 novels, once putting out 23 in a single year, becoming one of the most prolific and also best-selling authors of the 20th century. At the time of her death in 2000, Cartland had sold more than 750 million books in 38 languages.

However, her world records for pumping out formula romance fiction were not Dame Cartland’s only achievement. Prior to her writing career, Dame Cartland’s contributions to early aviation actually helped Britain to fight the Nazis during World War II’s Normandy campaign.

During the 1920s and 1930s, Cartland was a daredevil glider pilot. Watching German stunts, where gliders would be towed out on short trips by airplanes, Cartland wanted to devise a means for a longer glider flight. Together with two air force pilots, she built her own glider, in which she made a 320-kilometer-long (200 mi) towed flight in 1931.

Cartland’s work led to the invention the long-haul troop-carrying gliders, which were pivotal in delivering troops and supplies into France during the war.[8] 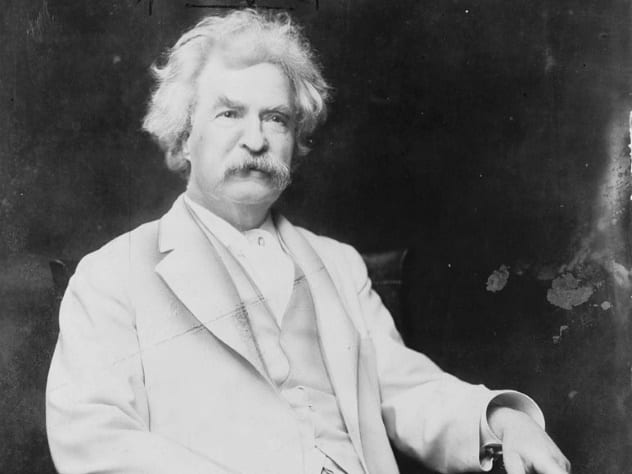 Mark Twain—born Samuel Clemens—has been called the “father of American literature.” The Adventures of Tom Sawyer and The Adventures of Huckleberry Finn have been enjoyed by generations of readers around the world. However, despite his success as a novelist, bad business investments and social upheaval during the Civil War saw Clemens honing his practical skills to patent a number of inventions. These included the humble bra strap, which is still in use today.

His “Improvement in Attachable and Detachable Straps for Garments” was patented in 1871.[9] It was originally intended to replace suspenders, which he absolutely hated, but the patent also mentioned vests, corsets, and shirts. The button-on elastic strap was later refined for women’s corsetry and modern-day bras. Twain also held a patent for a self-pasting scrapbook and a trivia game. 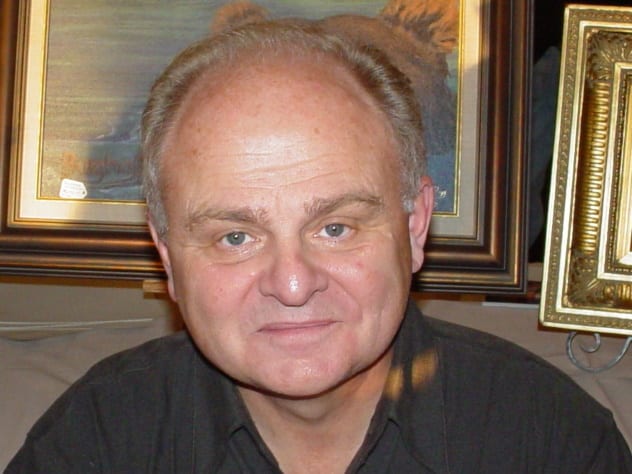 American actor Gary Burghoff is best known for his role as Corporal Walter “Radar” O’Reilly in the 1970s TV series M*A*S*H. Unlike the naive, innocent character he portrayed in the hit series, Burghoff also has a bent for inventing things.

He holds two patents for “Chum Magic,” a fishing device that draws fish toward the boat, as well as a fishing rod. Chum Magic automatically dispenses chum while attracting fish to the hook with a combination of lights and optional simulated seaweed.[10]

He also patented a toilet seat-lifting device, if you are averse to visiting public toilets.