Eating out-of-date food is a gamble. On one hand, it could be perfectly fine; on the other, it could lead to crippling diarrhea and a ruined sofa. With that in mind, we’d advise people to avoid eating while reading this—not because it’s disgusting, but because it teaches us that food can be left for a lot longer than most of us assume. For example, consider . . .

10 Kiviaq, The Dish You Leave Outside For 18 Months

In Greenland, during the colder winter months, food was traditionally incredibly scarce. Natives came up with a rather ingenious solution to the problem of potentially starving to death: kiviaq, a food that stays edible for up to a year, even if you leave it outside.

We should point out that we’re using the word “edible” very liberally here. Kiviaq is so pungent it’s advised to never eat it indoors, but it does stave off hunger, which is why we assume people still tolerate it. The dish is made by shoving as many auks (sea birds) into a seal carcass as possible, which is usually between 300 and 400 birds. The seal skin is then sewn up and stored under rocks.

The tiny auks liquefy and melt into a fine gooey paste. It may not be tasty, or good at parties, but you have to be impressed that you can leave food out in a pit and still be able to eat it a year later. Try that with a sandwich and a squirrel will just take it. But speaking of sandwiches . . .

9 Battle Butties, The Sandwich That’s Fresh Two Years After You Buy It 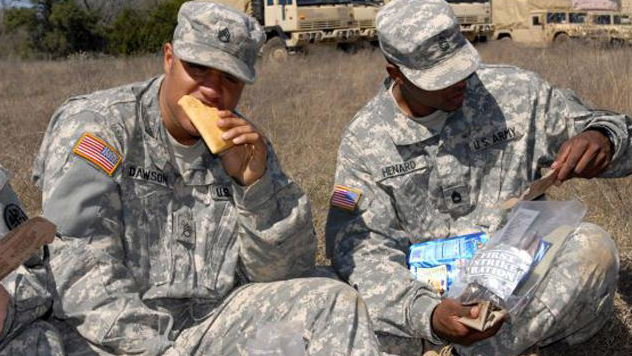 The military has had a tradition of feeding personnel long-lasting, freeze-dried meals, but soldiers would always ask for the one thing they’d rather be eating: a simple fresh sandwich.

Scientists found two problems while trying to create a non-perishable sandwich. Bread goes stale, and the filling makes the bread soggy. Both problems may have been solved with the invention of “Battle Butties” a new, long-lasting sandwich that can sit for an astounding two years before going stale.

The creators say their ultimate goal is to create an immortal peanut butter and jelly sandwich, but in the meantime, soldiers have been generally positive about the fillings already on offer. As once soldier put it, “They’re the best two-year-old sandwiches I’ve ever eaten.”

We guess that’s as a good a review as they’re going to get.

8 Hardtack, The Cracker That Lasts For Years 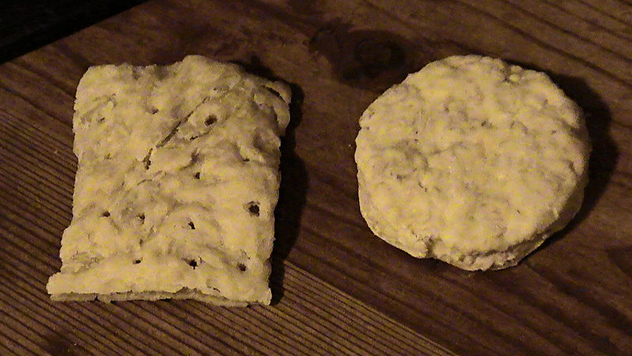 When the military doesn’t feel like bothering with such details as “freshness” and “flavor,” it comes up with low-tech foods that last a good deal longer than any sandwich. For centuries, soldiers and sailors dined on a type of cracker called “hardtack.” The cracker contains just water, flour, and salt, and it’s specifically made to be as dry as possible to increase its lifespan. Though it’s commonly associated with the Civil War, variations on the hardtack recipe have existed for hundreds if not thousands of years.

We don’t really know the upper limit of hardtack’s lifespan, but soldiers regularly received year-old hardtack during the Civil War. These soldiers were so wary of the cracker that they often joked that the “BC” stamp on it represented not the bakers initials, but the date it was made.

Due to its exceptional dryness, a properly stored cracker would indeed last for years, at which point it could be eaten by adding it to water, coffee, or even whisky. Although you could eat hardtack dry, it was highly advised not to. If you’re wondering why, an alternate name for hardtack was “tooth dullers.”

Though unsubstantiated, persistent rumors even say hardtack made during the Civil War was later reissued during the Spanish-American War 35 years later.

Actually, never mind those rumors about hardtack. We know for certain that some military rations have lasted 35 years—and then some.

Stories tell of rations dating back as far as World War II being eaten up to 75 years after being prepared, but we’d like to focus on one story in particular. Mainly because the food in question is cake, a food that normally goes bad in just days.

US Army Colonel Henry Moak made a promise to himself that on the day he retired, he’d eat a piece of pound cake issued to him during the Vietnam War. True to his word, at his retirement ceremony in 2009, Moak opened and then consumed a 40-year-old piece of cake. He cut it with a sabre, of course, for optimal coolness.

Asked about the taste, Moak responded with a simple thumbs up, which means either it tasted great or he wanted an ambulance.

6 The Chicken Eaten After 50 Years 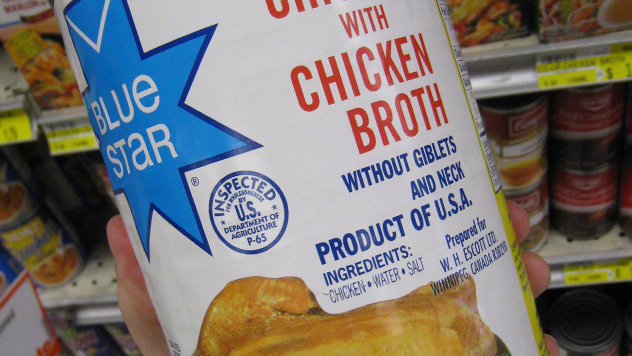 When Les Lailey married his wife Beryl in 1956, he made a promise that one-upped Colonel Moak’s. The pair received a can of chicken in a wedding gift hamper, and Les proclaimed to his new wife, “On our 50th wedding anniversary, I will eat that can of chicken.”

That can of chicken served as a constant sentinel to their marriage over the next 50 years. And on their anniversary in 2006, Les opened the can and dug in. He suffered no ill effect, other than a canned-shaped hole in his life as a result of eating poultry older than most people he’d ever met.

Some of you may not even know what lard is, since it’s one of those things you rarely see anymore. Lard is animal fat that was commonly used in cooking. It can also be eaten raw, or with bread if you really have nothing else to cook with it.

We don’t advise people to take that latter option, but it’s the path eventually chosen by German food expert Hans Feldmeier. Hans received a can of lard in 1948 as part of a care package to Germany from the US, and he decided that he’d save the freedom fat for emergencies.

Sixty-four years later, no emergency had presented itself. But Hans did find himself getting into an argument one day about canned foods and expiry dates. The man pointed to his own can of lard (which had no expiry date on it) as proof that food in cans lasts more or less indefinitely.

Hans’s argument convinced no one, so he put his lard where is mouth was, opening the can and eating the contents. This proved his point, and also gave him the worst case of stink breath recorded in German history. 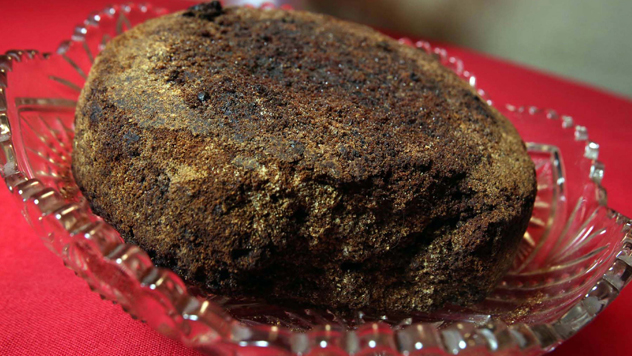 We were pretty impressed a little while back by the army’s aged pound cake, but if we choose a different cake type, we can up the ante quite a bit. Bakers and cake aficionados reading this are likely well aware that fruit cake takes months to make properly and can last for years. Under the right conditions, science says that a fruitcake could last forever.

Fidelia Bates baked a regular fruitcake for Thanksgiving in 1878. She died before the holiday, and her family sentenced the cake to eternity in limbo beneath a plastic cover. In 2003, the ancient fruitcake got a last shot at life when Morgan Ford, Fidelia’s 83-year-old great grandson, sent it to Jay Leno at the Tonight Show. He took a bite with no visible ill effects.

3 Wine Drunk After Hundreds Of Years 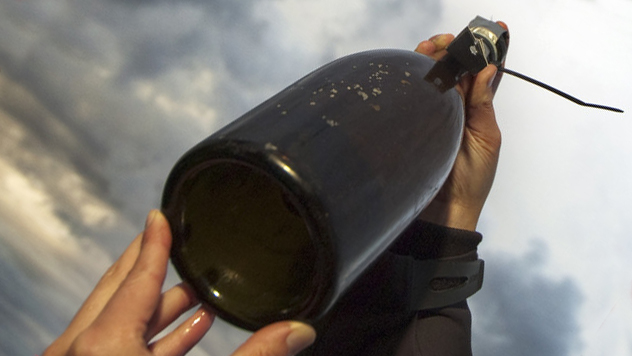 Wine does indeed last for centuries, and people regularly pay incredible amounts for bottles found in forgotten larders or shipwrecks. But how often do those buyers actually end up drinking from the bottle? Rarely maybe—but it happens.

In 2010, for example, Finnish divers found 200-year-old bottles of beer and champagne in a boat wrecked in the middle of the Baltic sea. Researchers drank several of them after testing and declaring them safe for consumption. It just so happens that the bottom of the ocean is a great place to store alcohol. According to champagne bigwig Richard Juhlin, “Bottles kept at the bottom of the sea are better kept than in the finest wine cellars.”

As for the beer, the crew were hugely excited about it. Along with getting to shotgun a bottle older than a house, they had the chance to analyze the contents to replicate the recipe. The beer fizzed up as they opened it, indicating that the yeast inside it was still alive.

In other parts of the world, people have dug up and drunk even older bottles of wine. Perhaps the oldest ever were consumed by wine experts working with the Museum of London in 1999. The team tested 300-year-old wine bottles from a nearby archaeological excavation and then promptly drank the contents, for science. The experts described the irreplaceable wine as “fresh, clean, lively.” Which is pretty much what you’d find written on a 10-dollar bottle of plonk at 7/11. Great insight, guys.

2 Honey Edible After Thousands Of Years 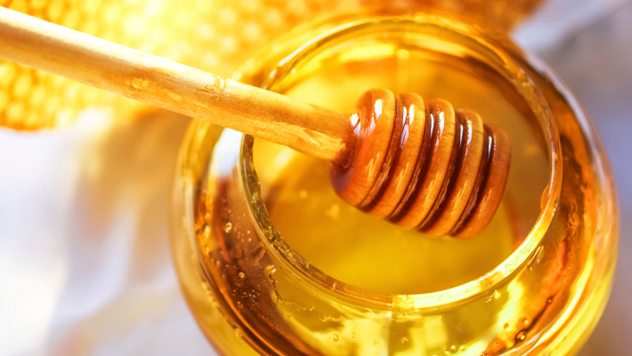 It can last for “millennia,” according to the Smithsonian Institute. This is because of honey’s acidic nature, and because it is “hygroscopic,” which is fancy way of saying it contains little moisture.

Honey is so hardy that scientists opening up ancient Egyptian tombs have found completely edible pots of honey among the 5,000-year-old mummies. 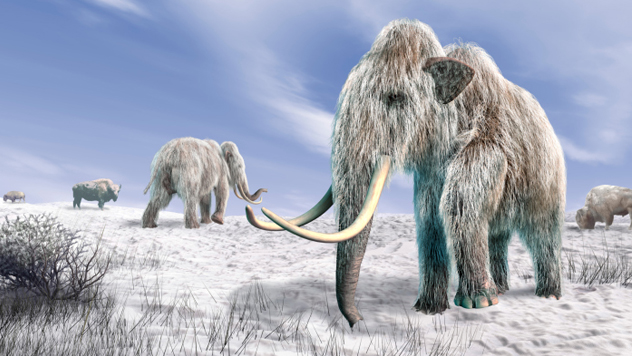 That’s not a typo. People have actually eaten food older than most of humanity itself.

If you’re wondering which magical animals have flesh edible after such a length of time, we hate to disappoint you by not answering, “Unicorns.” But we’ll try to make up for that disappointment by answering with: “Extinct ones.”

Mammoth corpses can and have been found with plenty of meat on their bones, due to the bodies lying in areas covered in permafrost. Some of this flesh is indeed edible. Many unconfirmed but interesting stories tell of hungry explorers, usually Russian ones, taking bites out of mammoth corpses.

We also have some confirmed cases of people eating food tens of thousands of years old. Like the paleontologists who cooked and ate a dish made with the marrow of a 50,000-year-old horse bone. Or the researchers who ate a piece of meat from a 36,000-year-old bison corpse, for no other reason than to see if they could.

We guess what we’re trying to say is one of two things. One: Old food isn’t going to kill you if you’re careful. Two: Studying hard might let you eat a dinosaur steak.