Today, most of us welcome in the new year by having a party of some sort. While that’s not too far off from exactly what some of our ancient ancestors were doing when their calendars changed, we can count ourselves lucky that there’s now more drinking and less child sacrifice, royal humiliation, ritual plowing, and hiding from evil spirits. 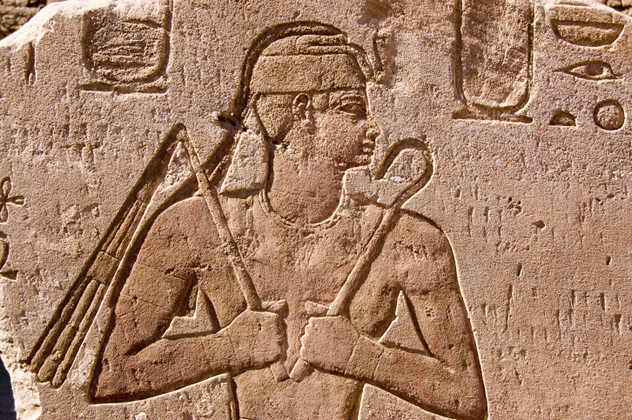 For the king, though, it was something very different. He began the festival by going to the temple of Nabu, where the priests presented him with a royal scepter. He then traveled to the city of Borsippa, where he spent the night. (In this city’s temple, there were also religious ceremonies, such as the re-enactment of their creation myths.)

When the king returned to Babylon and the temple, he stripped off his royal regalia and his weapons, approaching his god with humility befit someone given their rule by a supreme deity. After this show of piety, there was a parade of statues of the gods, singing, and sacrifices. 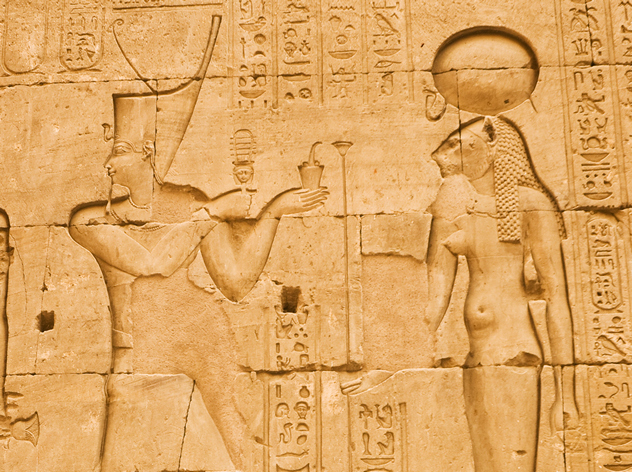 While the “Festival of Drunkenness” might sound like what we do for the new year today, this Egyptian tradition was deeply rooted in their mythology. According to the stories, the lion-headed goddess of war, Sekhmet, had decided to destroy all of mankind. The Sun god intervened, giving her massive quantities of blood-colored beer; Sekhmet drank it, thinking it to be human blood, then promptly passed out, before she could destroy the human race.

To celebrate the saving of the human race, each new year was welcomed in with not just drinking, but hardcore drinking. The goal was to drink so much that everyone passed out, whether it be on the temple grounds or on outdoor patios. A handful of people would remain sober, and it was their duty to walk through the city after the drinking part of the celebration, rousing others from their drunken stupor by banging drums. They would then attend religious ceremonies and ask the gods to renew their protection for the coming year. 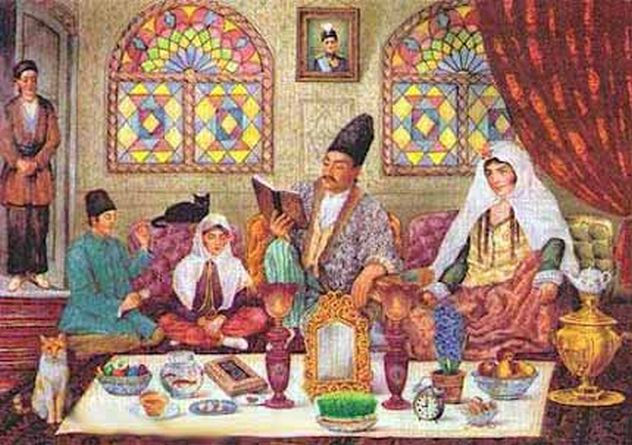 Nowruz is still a holiday that is celebrated globally, and it has the distinction of being one of the—if not the—longest continually celebrated holiday in the world. According to some documents, the March 2013 observance of Nowruz was the 5,774th observance of the holiday; some believe that it has been around in one form or another for almost 15,000 years. There are records of Nowruz being celebrated in 550 B.C. by Cyrus the Great, but versions of it were also known to be observed 2,000 years earlier, in the ancient Kingdom of Aratta.

It is traditionally observed on the day of the vernal equinox, when the coming of spring also heralds the new year. Nowruz lasts for 13 days, during which time spring returns to the land in a scene of rebirth and revitalization. It’s thought that the ancient Nowruz celebrations looked quite different from modern ones; some documents suggest that the first five days of the celebration were once very public, then followed by a more private, reverent observance. It’s also thought that this is, partially, where superstitions about the number 13 come from. On the 13th day of the festival, bad luck and misfortune are thrown away, when people throw sprouted wheat grass into rivers and canals. 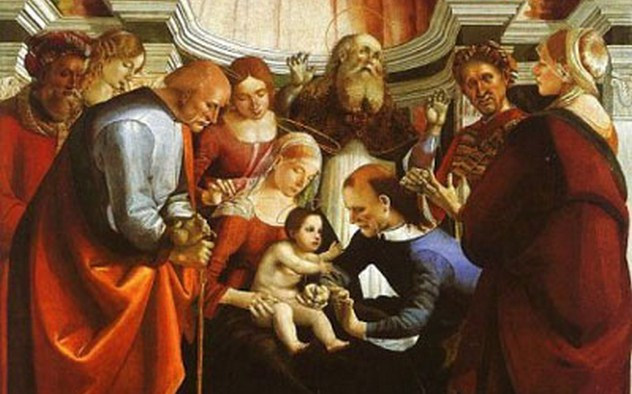 The first of January wasn’t always seen as the start of the new year—that was the work of Julius Caesar, when he adopted the Julian calendar in 46 B.C. Perhaps not so coincidentally, there was something else happening at nearly the same time: an event that would become known as the “Feast of Circumcision.” Most of our readers are probably aware that Jesus’s birth was not actually December 25, but was set there by the Roman Catholic church to overlap the pagan solstice festival. It’s very convenient, then, that the Law of Moses says all male children should be circumcised eight days after birth—the “Feast of Circumcision” could be held on January 1, and overlap similar pagan new year celebrations.

Also the feast day of Saint Basil—who is credited with writing the Eucharistic prayer—the “Feast of Circumcision” was traditionally a day of readings and prayers. St. Augustine used the practices of the “Feast of Circumcision” to illustrate the differences between Christians and pagans, writing that the pagan celebrations of feasting and excess were clearly less holy than the Christian observance of the same day. 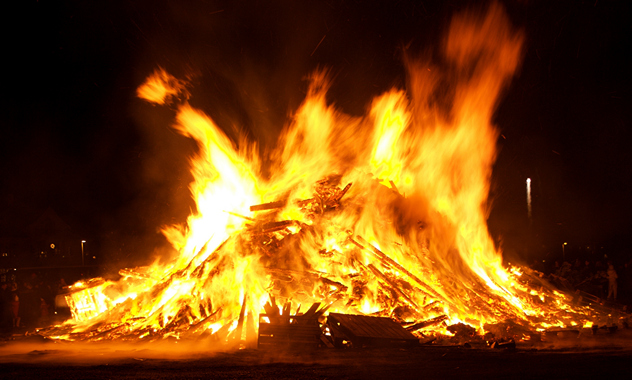 Hogmanay is another ancient celebration of the new year that’s still going on today. When ancient pagan holidays were taken over by Christian traditions in the Middle Ages, going along with this new practice of Christmas was discouraged. So in Scotland, the traditions of celebrating and giving gifts were moved to January 1, and renamed Hogmanay. The name can only be traced back to 1604, but many of the new year traditions were in place long before then.

In addition to the well-known custom of first footing, there were also a number of ancient traditions that held onto the old pagan ways. Bonfires and nighttime processionals lit by torchlight have long been an important part of celebration, as fire is a symbol of the returning Sun. And, because fire safety often goes right out the window in the face of culture, there’s even a long-lived tradition in Stonehaven of making giant balls of rags and paraffin, attaching them to poles, then lighting them on fire and carrying them through the streets. 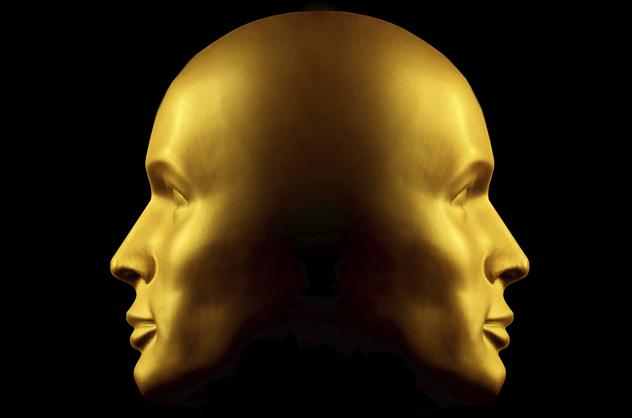 The month of January gets its name from Janus—chief among the ancient Roman deities. This two-faced god (one looking ahead, one looking behind), was honored by having his chief festival on the first day of the new year. Fittingly, the Roman celebrants took their cue from Janus, and spent the day looking both backwards, in reflections, and ahead, in planning for the new year.

They also believed that what they sowed on the first day of the new year would carry with them throughout the rest of the year. Thus, it was a day of giving presents, abstaining from impure or cruel thoughts, postponing and ending quarrels, and generally trying to be nice to each other. Presents and foods were given freely to others and in tribute to Janus. 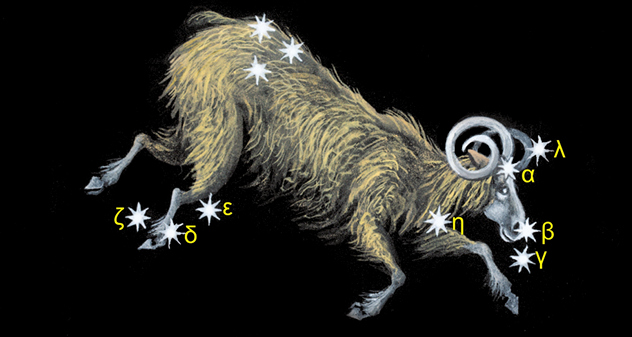 Iasion was a demigod, son of Zeus and one of his many consorts. Iasion himself was the consort of the agricultural goddess Demeter; according to the story, Iasion and Demeter consummated their relationship in a thrice-plowed field; after Zeus heard of it, he killed Iasion. In honor of Demeter and Iasion, cutting three furrows in fields to be planted that spring became an important part of the many fertility rites performed to welcome in the new year. 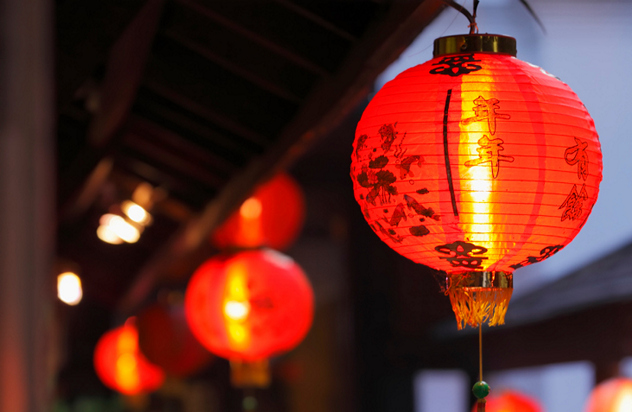 Although the Chinese New Year does not fall on the same day as the Gregorian calendar’s new year, they definitely still put on a party. Red has always been a color associated with the Chinese new year, and that’s because of the “Legend of Nian.” As the story goes, China was once tormented by a horned monster that lived at the bottom of the sea—coming out only on New Year’s Eve to devour cattle and people alike. The monster was, of course, called Year. On New Year’s Eve, villagers barricaded themselves in their houses, or fled to the relative safety of the mountains, to avoid the monster.

One year, an old, bearded man showed up in the Peach Blossom village, just as the villagers were preparing to take up arms against Year. No one had time for the beggar, save one old grandmother. She offered him food and shelter amid the chaos. The beggar promised her that the village would never be bothered by the monster again if she allowed him to stay in her home for the night. Skeptical as she was, she agreed. The old man decorated the village in red lanterns and candles, and—when Year came into the village—set off firecrackers. Red lights, fire, and the loud noises of the firecrackers scared Year away. Ever since then, this tradition is upheld to drive away the monster Year. 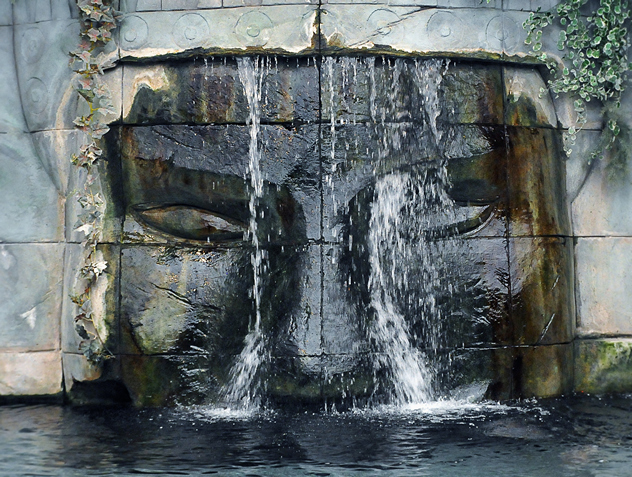 The passing of the old year and the coming of the new were two very different sets of days in the Aztec calendar. The last five days of the year were called nemontemi, and they were considered very unlucky, dangerous days. Dark spirits were thought to wander the land. People largely stayed indoors, kept to themselves, and kept quiet to avoid attracting the attention of these spirits.

Quahuitlehua came immediately after the five useless days, and was thought of as the beginning of the new year. It was the end of the dry season, when crops were once again sown. In order to secure the favor of the rain gods (to make sure they would return to the land), scores and scores of children were sacrificed by drowning. Also called Atlchualco, the event was officially called the “buying of water.” Typically taking place in what is now February, any captives were also sacrificed to the gods. 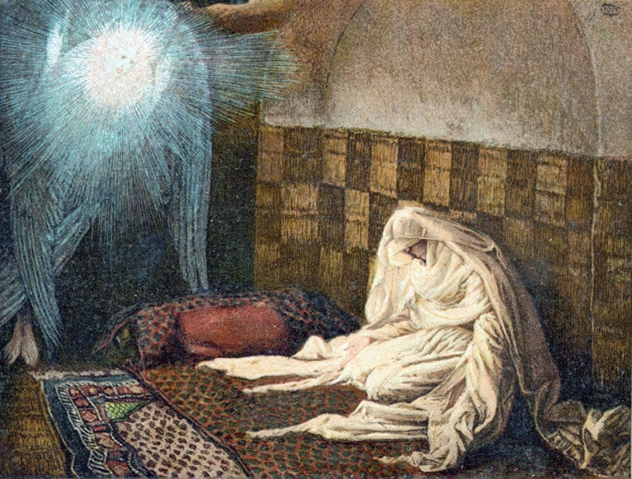 March 25 marked the start of the new year in Great Britain (except for Scotland) until 1752. Both a religious and secular holiday, it was called both “Lady Day” and the “Feast of the Annunciation.” It marked nine months before the birth of Christ, and was recognized as the day that Mary was visited by Archangel Gabriel, and told of her upcoming delivery.

A big day in the religious calendar, it has also been named as the date that Adam and Eve were kicked out of paradise, the day that Cain killed Abel, that Abraham was going to sacrifice Isaac, that St. John “the Baptist” and St. James were beheaded, and that St. Peter was released from prison. (Oddly, doomsday prophets in the 10th century foretold that the world would come to an end when the “Feast of Annunciation” and Good Friday happened on the same day—which happened in 970.)

In addition to its religious significance, Lady Day also had an important secular meaning. March 25 was the first of the “quarter days,” which marked off each quarter of the year, and created a framework for tax and rent collection, as well as marking the start of traditionally year-long contracts for servants and laborers.