The Nazis were undoubtedly one of the most fanatical groups of people to have ever lived. So fanatical, in fact, that they murdered millions of people who couldn’t conform to their ideals. That fanaticism also spurred them to hatch plans so outrageous that we can only describe them as downright insane. This list reflects the grandiose and delusional way of thinking with which the Nazis used to pursue total domination, whether it be against their enemies or on their own people.

10 They Tried To Breed A Race Of Super-Cattle 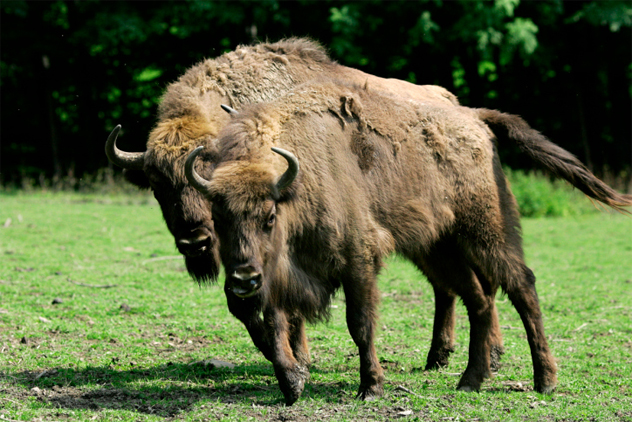 During the 1920s and 1930s, the Nazis attempted to resurrect a long-extinct race of cattle called aurochs. Described in ancient times by Julius Caesar as just slightly smaller than an elephant and with a nasty temperament, aurochs roamed the European continent and were prized by hunters and warriors who killed them as a test of courage. Due to their near-legendary status, the aurochs fitted perfectly with the Nazi belief of a glorious Aryan civilization. Two zoologist brothers, Lutz and Heinz Heck, won active support from the Nazis to try to bring back the aurochs.

They employed several selective-breeding programs of different cattle until they could achieve a genetically perfect auroch. They ended up with a smaller and less muscular version of the auroch, which later came to be known as “Heck cattle.” Most of these cattle died during the Second World War—those that did survive were transported and kept in a Belgian preserve. Most recently, more than a dozen Heck cattle were taken from the preserve in 2009 and shipped to a farm in Devon, UK . . . not exactly the Nazi invasion of Britain Hitler wanted.

9 They Planned To Brainwash Germans With Nationwide Cable TV 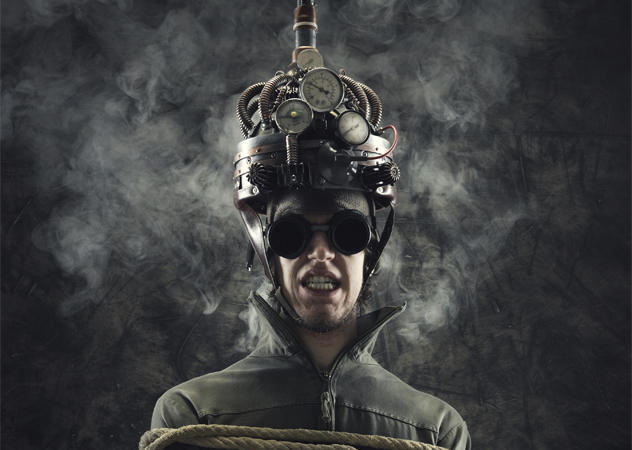 In a move that eerily resembles George Orwell’s famous dystopian novel 1984, the Nazis attempted their own brand of national mind control using television. More than anything, Adolf Hitler and Nazi propagandists saw how effective televised broadcasts were in controlling the masses. To that end they enlisted the help of Walter Bruch—an engineer who had earlier developed CCTVs to help the military safely monitor experimental rocket launches.

Bruch proposed setting up a broadband cable from Berlin to Nuremberg. Television screens would be installed across the country in various public spots and included a variety of Nazi propaganda that focused mainly on pro-Aryan programs. Ideas for the broadcasts included a reality show called Family Chronicles: An Evening With Hans and Gelli, which showed the ideal lifestyle of an Aryan family. Another, bloodier idea involved showing the films of traitors executed by the Nazis. Fortunately, Germany’s subsequent defeat prevented the Nazis from ever realizing their plan.

8 They Tried To Steal Christmas 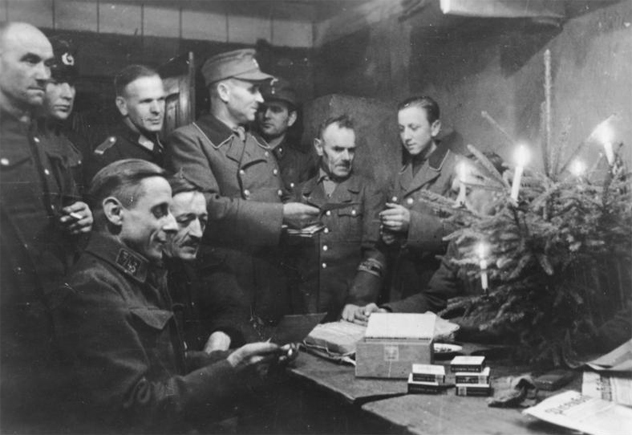 The Nazis took great pains to make everything conform to their misguided ideology, and Christmas was no exception. At first they tried to ban the celebration of Christmas, but failed to do so—it was simply too popular for the German people. Having failed to abolish it, the Nazis instead tried to corrupt Christmas in its entirety. They tried to convince the public that Christmas was a winter solstice festival.

Familiar figures such as Santa Claus became Odin, while Jesus, Mary, and Joseph were transformed into Aryan-like figures. Even the Christmas tree was not spared, as Nazi swastikas and runes replaced the traditional decorations. Christian hymns were omitted in favor of songs that feted the Aryan race. This delusional attempt to subvert Christmas reached its peak when the Nazis attempted to glorify Hitler as the Messiah. As the war turned against them, the Nazis turned Christmas into a public observance for their dead, which the German public again largely ignored (they were too busy trying to not get killed by then).

7 They Wanted To Send The Jews To Madagascar 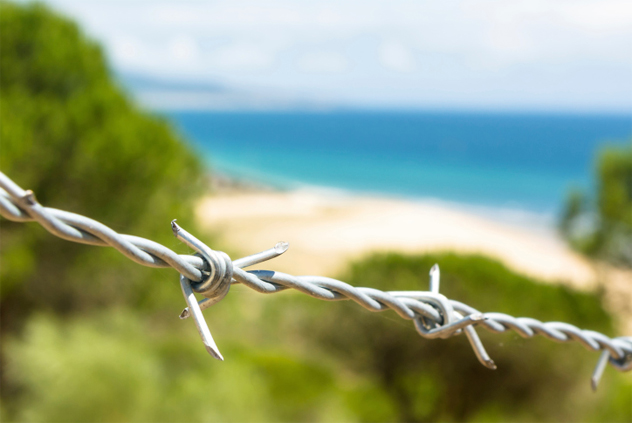 After their quick victory over France in 1940, the Nazis wanted to turn the French colony of Madagascar into a sort of Jewish settlement. They wanted to ship all the European Jews whom they felt stole the “lebensraum,” or the living space, of the German people. While exile sounded like a better option than wholesale slaughter, the Nazis would have total control over the island and completely cut off the Jews from the rest of the world. They also expected that the tropical diseases and internal squabbles would eventually lead to the Jews killing themselves—problem solved.

However, the plan required the Germans to decisively defeat and acquire the British Royal Navy’s ships to transport the Jews. When that didn’t materialize, they considered exiling the Jews to either Siberia or the Arctic, especially after they started invading the Soviet Union. As the war dragged on longer than expected, the Nazi leadership couldn’t wait any longer to get rid of the Jews and so instead opted to just exterminate them all.

6 They Had A Program For The Ideal Aryan Woman 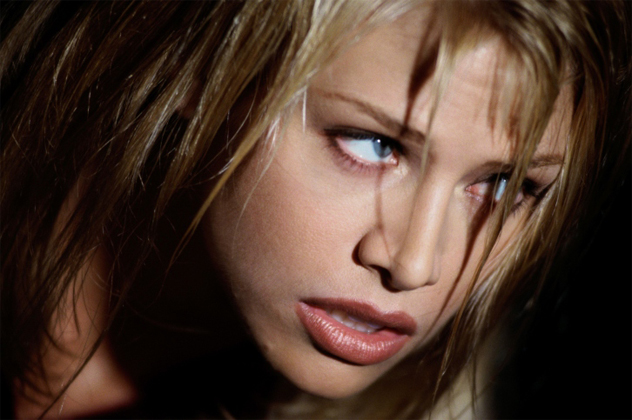 During their rule, the Nazis left no stone unturned when it came to ensuring that their lifestyle and heredity remained “racially pure.” In cooperation with the SS, Gertrud Scholtz-Klink—the top-ranked woman in the Third Reich—organized bride schools that taught German women how to be the perfect Aryan wife and mother to her family. The schools were racially exclusive—non-German women were barred from attending. The program ran for a month and two weeks, and typically included domestic classes such as cooking and cleaning the house.

At the end, those who passed were given a certificate signifying that they were fit to become wives and mothers. Heinrich Himmler—head of the SS and ardent supporter of the program—stated that it was a national obligation for a German woman to produce racially perfect offspring. This idea became less prevalent in the later stages of the war when more German women were enlisted for industrial work to help supplement the growing shortage of able-bodied men. 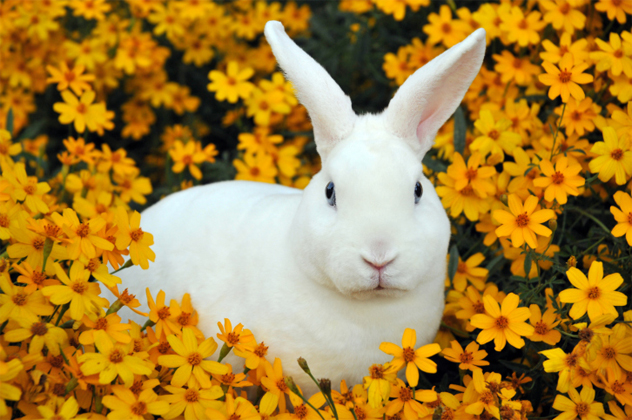 However horrible the Nazis treated their fellow human beings was exactly inversely proportional to the way they treated animals. This baffling paradox was especially evident in several concentration camps where the Nazis forced the prisoners to take care of giant Angora rabbits. Known as the Angora Project, the SS, under the direction of Heinrich Himmler, employed thousands of prisoners to grow these rabbits for their fur, which they used to line military clothing. A number of officers also kept them as pets.

What made this especially cruel was the fact that the Nazis treated the rabbits infinitely better than the prisoners. While millions of prisoners starved or died inside the camps, the rabbits enjoyed their own spacious pens, complete with nutritious meals every day. One camp commandant stated in his confession “the best-fed creatures of Mauthausen [concentration camp] were the Angora rabbits that the SS used for pets.”

4 They Fed Their Soldiers Candy-Coated Drugs 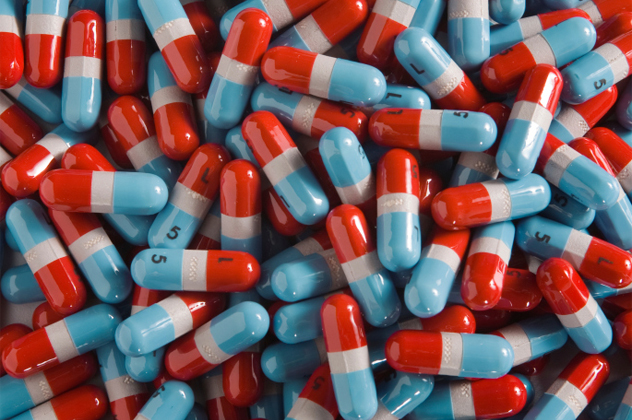 One of the lesser-known reasons why Germany’s “blitzkrieg,” or lightning war, was so successful early on in the war was due in large part to the Nazis turning their own soldiers into drug addicts. After having studied the effects of Pervitin (German meth) on university students, the Nazi leadership decided to distribute the drug to all branches of the armed forces. The drug enabled the soldier to perform for longer periods without rest and take more risks; later on the drug became coated with either candy or chocolate to make them more edible. However, as one might guess, soldiers who became addicted to Pervitin became heavy drinkers and took opiates to counter the effects of meth.

By 1944, the Nazis experimented with an even more powerful drug to help them counter the Allied invasion. They mixed Pervitin, cocaine, and morphine to create D-IX which they first tested out on prisoners. They were convinced of the drug’s effectiveness after the prisoners displayed superhuman amounts of strength and endurance and would have started mass production were it not for the Allies’ rapid advance into Germany. On the other side of the world, the Japanese also gave out its own version of meth called Hiropon to their soldiers. The drug contributed heavily to the Japanese attitude of never surrendering, and especially in the willingness of kamikaze pilots to follow through with their suicide missions.

While it is general knowledge that some high-ranking Nazis engaged in the occult, more obscure is the fact that they actually believed enough in the power of occultists to have employed them for military purposes, with three of the most well-known examples being Wilhelm Wulff, Ludwig Straniiak, and Wilhelm Gutberlet. Wulff—an astrologer—was tasked by the Nazis to find Italian dictator Benito Mussolini (who was captured and kept in captivity), which he did correctly using his “psychic gifts.” Straniak—an architect by profession—used his “dowsing” abilities to precisely guess the location of the German battleship, the Prince Eugen, which was on a secret mission near Norwegian waters.

Perhaps the most dangerous of the three was Gutberlet, a physician. As one of Hitler’s earliest and closest followers, he allegedly possessed the power to sense the presence of Jews even if they were in a large crowd. Hitler sought him out for his power and even turned him into something of a race consultant. 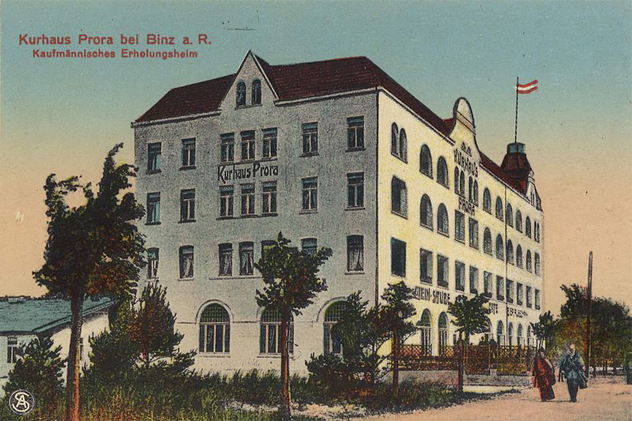 Not all Nazi propaganda focused on fear and deception—they figured that they could control the masses better if they provided them with a wide range of benefits. Under its “Strength Through Joy” program, the Nazi government attempted to build one of the largest hotel resorts in the world. Situated on an island off the coast of Germany’s Baltic Sea, Hotel Prora had a length of 4.5 kilometers (2.8 mi) and was designed to accommodate 20,000 people. The hotel came complete with luxurious amenities such as restaurants, cinemas, and even a railway station. The Nazis especially hoped that the hotel would ease the tensions between the German working class and their employers and enable them to work better together.

Unfortunately, the hotel was never finished, as workers involved in the construction were transferred to weapons-manufacturing plants after Germany invaded Poland in 1939. Later on the Soviets discovered the hotel and tried to destroy it, but with little success. In 2011, the hotel was re-opened as a youth hostel and has since attracted the attention of tourists and history buffs due to its ignominious connection to the Nazis.

1 They Had Plans For A Fourth Reich 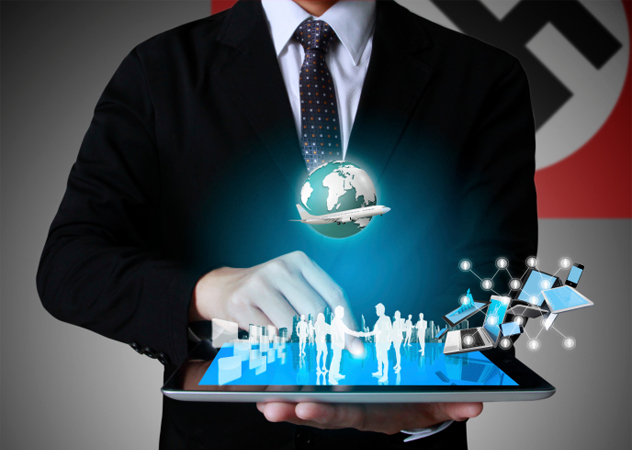 After Germany’s defeat in the battle for Stalingrad in 1943, it became clear to some top-ranked Nazi economists and industrialists that the war would be lost. It was about that time that they began to make contingency plans for a post-war Fourth Reich. In a document titled the Red House Report, key industrialists met in Strasbourg and agreed that this new regime would focus on financial rather than military operations, and would fund the underground Nazi Party until such time that they could again resurface and take over the country.

The industrialists—with the aid of the Nazi government—managed to smuggle huge amounts of Germany’s assets into friendly or neutral countries like many in South America. After the war, most of the Nazi leadership was sentenced to death or duly punished while the industrialists got away with a mere slap in the wrist. Nowadays, conspiracy theorists have argued that the Fourth Reich is alive and well in the form of the Germany-led European Union. Who knows, maybe they’re right.