In the mid-1800s, the Temperance movement was gaining strength and momentum in the United States. The Anti-Saloon League, the Women’s Christian Temperance Union, and the Ku Klux Klan were all outspoken driving forces behind lobbying for outlawing the sale, possession, and consumption of alcohol. They cited its tendency to ruin families and push people to commit violent acts as reason for their stance. As if that wasn’t enough, they came up with some pretty outrageous—and sometimes downright bizarre—claims for just why alcohol needed to be outlawed. 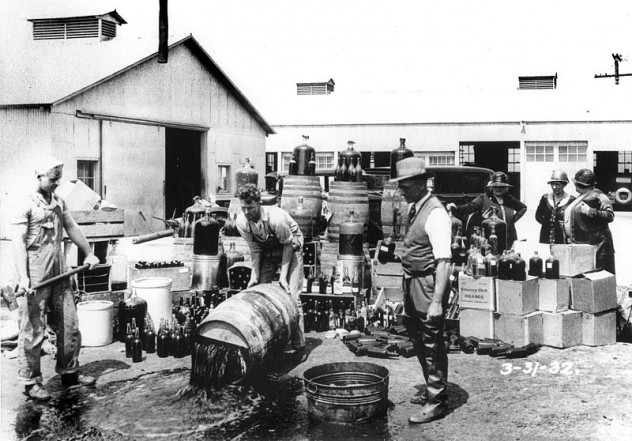 The written word was a powerful tool for the Temperance movement. Books, pamphlets, and posters all informed the public of the dangers of alcohol. The contents of alcohol were a popular target. The movement had the word of doctors that it was made with various poisonous substances, like hemlock, tobacco, nux vomica, and opium.

These renowned doctors were quoted as saying that alcohol was as poisonous and dangerous as opium and arsenic and had much the same effects on the body. The Temperance movement also pointed fingers specifically at Madeira wine as a prime example of alcohol made from something rather distasteful. Madeira wine was known specifically for its nutty taste, and that was said to come from the bag of cockroaches that was dissolved in every batch. Supposedly, a Pennsylvania winemaker had admitted to the movement what the wine’s secret ingredient was. 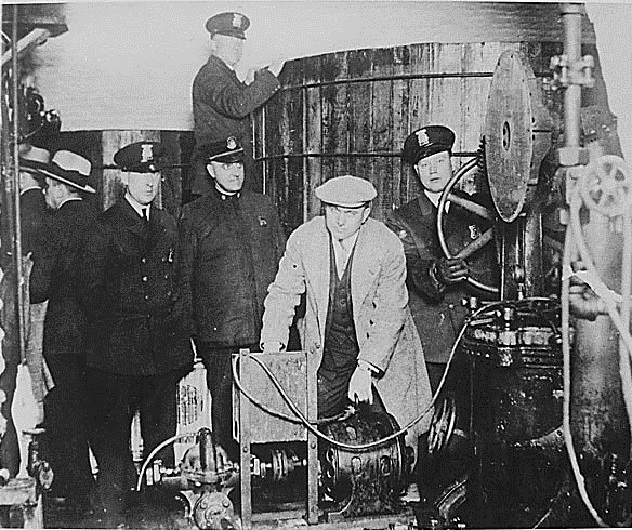 As far back as before the Civil War, the Temperance movement was adamant about the lasting effects of alcohol on the body. Not the least of these was the flammable properties of the liquid. They preached that those who made a habit of drinking too much would find themselves swimming in alcohol, until it was simply too much for their bodies to handle. They would then, of course, undergo spontaneous combustion.

Once the flammable, alcoholic fumes began leaking out of the skin, any nearby heat source would cause their blood to burn. In fact, physicians were quoted about performing experiments in which they lit alcohol-laden blood on fire and watched it burn until it was all but gone. Doctors were also said to have removed the brains of men who had drank themselves to death, lit them on fire, and watched as they burned like oil lamps. 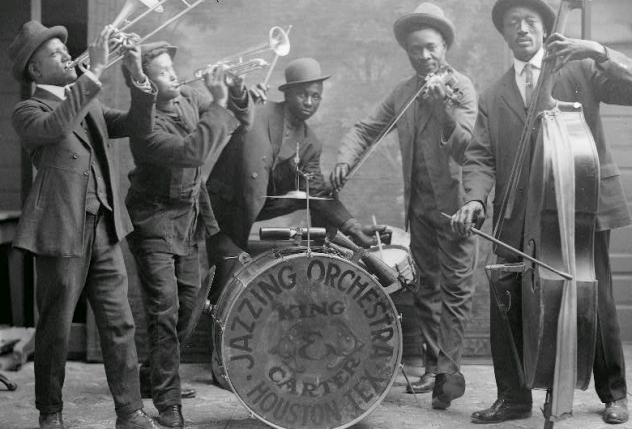 One of the most vocal supporters of the Prohibition movement was the Ku Klux Klan. In the 1920s, the second incarnation of the KKK added Catholics and immigrants to the groups of individuals on their racist hate list. Since alcohol was important in the cultures of a number of different immigrant groups, it made sense for the KKK to take a stand against it. To that end, the KKK preached that minorities who drank would be even more likely to commit crimes against the law-abiding white man—specifically, they claimed that drunk black men were inevitably going to rape white women.

Bootleggers were common targets for the KKK and it wasn’t unheard of for them to be tarred and feathered as punishment. In fact, the KKK manifesto suggested punishments for those who drank or produced alcohol, including exile to the Aleutian Islands, execution of themselves and their offspring to the fourth generation, and being hung by the tongue from a plane and flown across the countryside. Interestingly, the KKK also preached strong anti-feminist attitudes, but their stance on Prohibition made them so popular with women at the time that the male-only organization soon sprouted a women’s league, the Women of the KKK.

7 Alcohol Is Made From Excrement 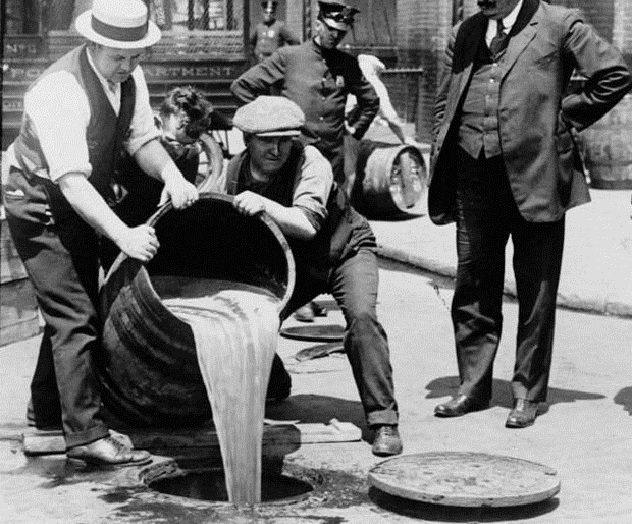 Temperance writers were more than happy to provide the public with carefully worded statements that could technically be described as something vaguely resembling the truth. They insisted that all alcohol was created by using excrement in the fermentation process. Whether you were drinking beer, wine or liquor, you were drinking poop.

The actual process involves sugars being consumed and processed by yeast, leaving behind alcohol. This benign extraction was stretched into something that was much more disgusting to the general public. No one wanted to drink excrement, much less the excrement of a fungus. If you toss around words like “urine” and “feces,” how could anyone disagree that the process was disgusting?

6 Drinking Can Disfigure Your Grandchildren 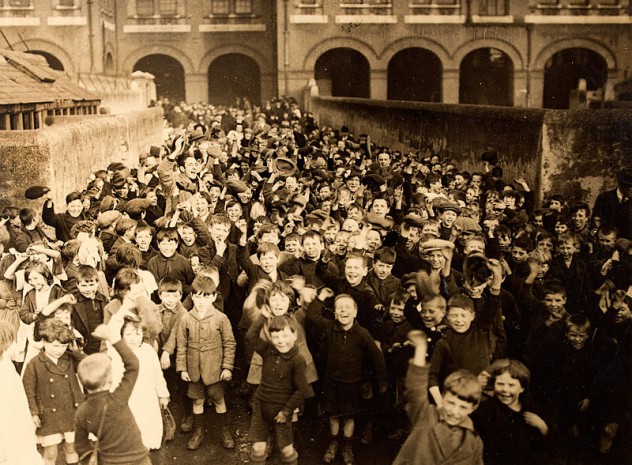 The Women’s Christian Temperance Union was all in favor of educating the nation’s youth about the dangers of alcohol well before they tried it for themselves. (More on that in a minute.) One of their lessons included the idea that drinking doesn’t only impact you—the effects can be passed down through your family to future generations. Even your great-great-grandchildren will suffer.

According to these groups, the offspring of parents who are known to have a drink or two won’t mature into grown men and women. They’ll have their physical growth stunted, and their poisoned life’s blood, tainted with alcohol, will drive them insane. Even inhaling alcoholic fumes was said to then create children who would cry for a drink of alcohol at the sight of anything bottle-shaped. 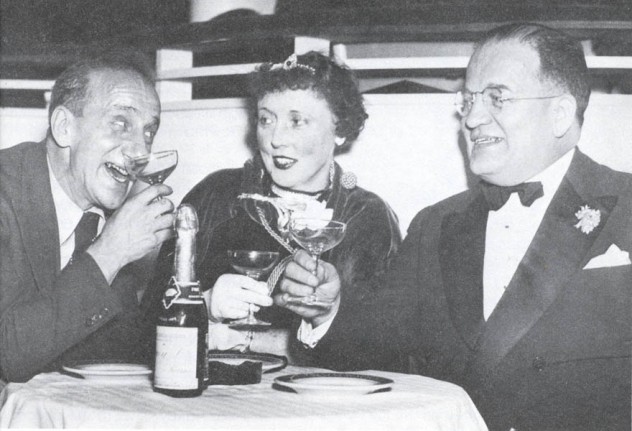 It was a bit strange that champions of the Temperance movement were concerned about what was going to happen to the third and fourth generation of those people who drink, because according to them, it seemed unlikely that anyone was going to survive long enough to reproduce. They told of the many cases of moderate-to-heavy drinkers who had their livers examined after years of drinking only to find that they weighed 9–11 kilograms (20–25 lbs). This was because the liver of a drinking person needed to enlarge to keep up with the alcohol that needed to be processed.

These stories might have once been rooted in truth, but had grown distorted and exaggerated with each telling. From the Civil War to the early 1900s, cases of death by liver cirrhosis were relatively high, accounting for as many as 15 deaths for every 100,000. As if a giant liver wasn’t bad enough, they also said that drinking would cause the heart grow large and mushy and arteries to harden and burst, a ticking time bomb that could kill at any time. 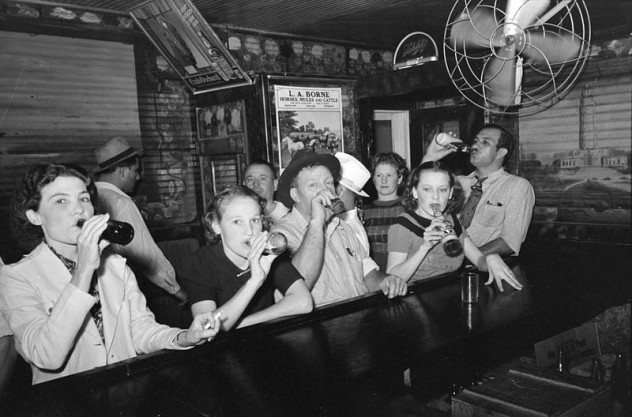 Anyone listening to the teachings of the Temperance movement knew that it was scientific fact that most people who drink beer would die from dropsy. Dropsy is a now-archaic term for edema, a condition in which fluid accumulates in body tissues. The arms, legs, and lungs are some of the most commonly afflicted parts of the body.

In some texts, dropsy is cited as one of the symptoms of a chronic, alcohol-induced decline in a person’s body. Speakers such as teacher and Prohibition champion Mary Hunt taught children the scientific fact that if you drink, you have a good chance of dying from dropsy. The other side was quick to point out that, given the guarantee of a quick death, insurance companies shouldn’t be doing business with a number of immigrant groups known for their love of the drink.

3 Alcohol Is A “Colorless, Liquid Poison” 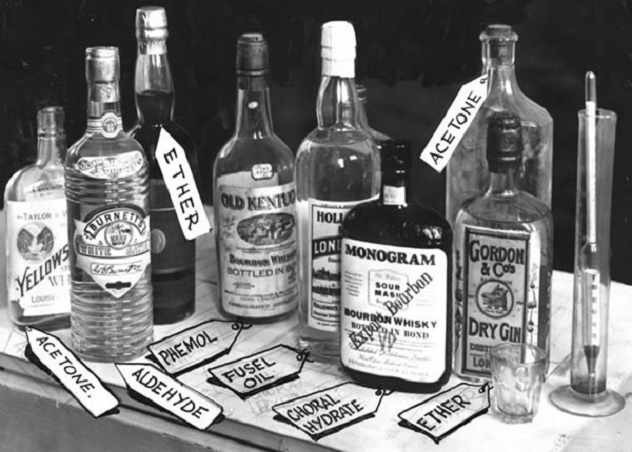 According to the 1900 book Leaves of Healing by Reverend John Alexander Dowie, esteemed doctors conducted experiments that involved injecting healthy adult cats with small amounts of alcohol. The cats were first paralyzed, then died almost immediately, clearly poisoned by the alcohol that the doctors had put into their systems. He condemns breweries and taverns as being worse than notorious serial killer H.H. Holmes, as Holmes only murdered 27 people, while those that serve the deadly alcohol are responsible for the deaths of thousands. While temperance books and pamphlets were claiming that alcohol is no less a poison than arsenic, others were pointing out that, if that were the case, chemists and drug store owners should be labeling their alcoholic medicines with poison stickers. 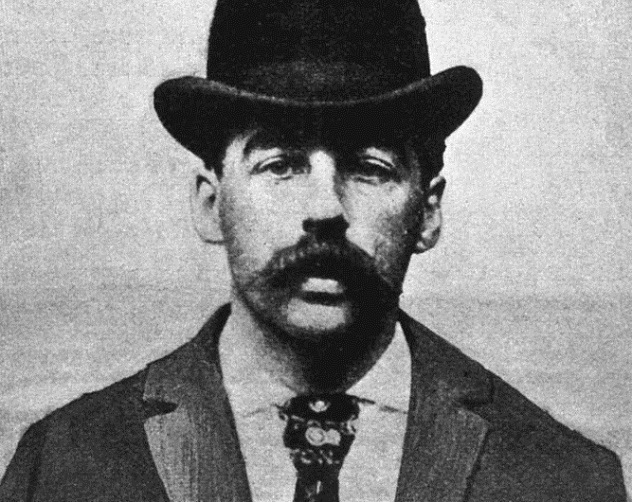 Along with the clear implication that those who manufacture and sell alcohol are already murderers came the notion that drinking even in moderation would turn the most mild-mannered man into a heartless criminal. The aforementioned Reverend Dowie tells of the violence and threats made against him as he went from bar to bar, trying to spread the ideals of Prohibition and help those that were already in the grip of alcohol. Clearly, it was the alcohol that made these people speak and do such horrible things.

Mary Hunt also regaled all those who would listen with tales of convicted murderers who admitted that they wouldn’t have been able to kill such people as defenseless newborn babies without the emotion-numbing help of alcohol. After the alcohol drove them insane, it took away their abilities to refrain from killing or care about what they did.

1 Temperance Instruction Was Necessary In Schools 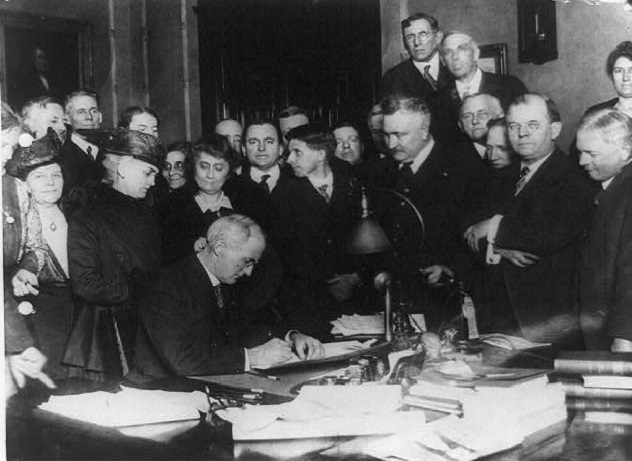 All of these things were taught in schools as scientific fact. Educators like Mary Hunt crusaded to get temperance views and “science” into the curricula of the public schools—and in many cases, they succeeded. Hunt was the driving force behind the Scientific Temperance Instruction Movement, and although they met resistance at first, the WTCU made sure that their members and supporters were in key roles within the education system.

By 1900, nearly every state had added an anti-alcohol class to their schedules. Most used one or more of the 30-odd approved textbooks, given the stamp of approval by Mary Hunt herself. Congress eventually passed legislation making inclusion of anti-alcohol teachings and textbooks mandatory in schools across the country. On the other side of the fence was the Committee of Fifty, a group of scientists that closely examined the claims in the approved textbooks and found them seriously lacking for hard, scientific facts.