China is a huge country, with perhaps more civilized history than any other place in the world. This means that it also has more than its fair share of dark legends, mysterious events, and paranormal tales. However, thanks to the vast culture and language barrier between China and Western countries, we rarely get to hear about all these interesting events. 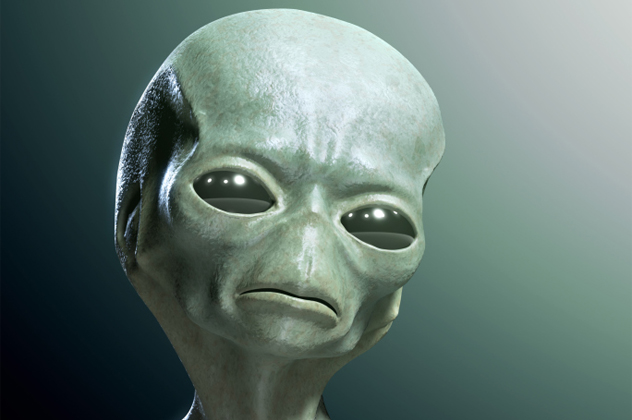 Although China has its cultural peculiarities, the basic mindset of its citizens is similar to everyone else when it comes to thirst for attention and quick profit. In June 2013, a resident of Binzhou called Mr. Li (or Lee, depending on the source) had a close encounter with an alien. Luckily for him, the alien had a close encounter with his electric rabbit trap first. Being an enterprising kind of man, Mr. Li took the incapacitated alien, put it in a freezer with a glass lid, and called the newspapers.

Mr. Li says that the alien’s ship had been flying over Shadong province when it malfunctioned and crashed to the ground. Sina Weibo, the Chinese version of Twitter, immediately went insane over the story and its many photos of the alien. The authorities were less convinced: Upon taking a glance at the ”alien,” they immediately saw that it was a fairly unconvincing doll Mr. Li had made out of rubber. 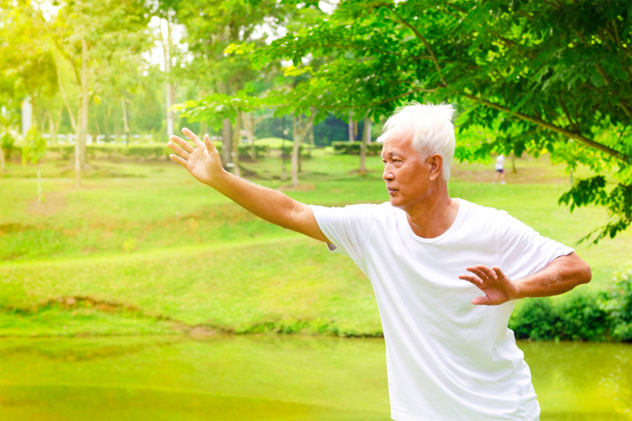 Qi gong (or Qigong) is something of an institution in China. It encompasses all the ways a person can manage their life force, or “qi.” These methods range from breathing techniques to martial arts to philosophy and medicine . . . and, of course, the paranormal. When practiced in a certain way, Qi gong seems to be able to grant supernatural powers, such as the ability to break solid steel bars with a single kick or project your life force to grant strength to other people.

One of the most famous “supernatural” Qi gong masters was Mr. Bao, a post-Mao conjurer who was neither a master of Qi gong nor even an active practitioner of the art. Even so, he appeared to be a natural, as he was able to channel his qi in many seemingly impossible ways. Bao was considered a national treasure in all of China, and his favorite trick was to make a coin that a person was holding disappear . . . and make it reappear in their stomach. Other stories of supernaturally gifted Qi gong masters tell tales of walking through walls, enhancing the taste of people’s food, and making pills pop out of closed bottles in multiple locations at once.

While it is difficult to determine how many of the many tales of supernatural Qi gong masters are true, the fact remains that the concept of qi is ingrained in the Chinese culture: Whether it’s real or not, people believe it. And isn’t that what really matters in the end? 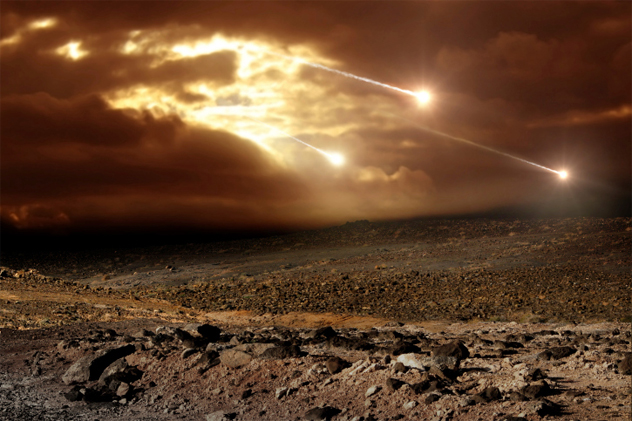 In November 30, 1994, witnesses near the Duxi Forest in Guizhou Province watched in horror as a strong light made of several fireballs streaked through the sky with a rumbling sound that resembled a moving train. Although this UFO never crashed (or at least it was never found), it apparently had quite a close call: It cut through a long stretch of trees in the forest, like a giant scythe. Curiously, some of the trees in the otherwise neatly cut area remained intact.

The strangest thing about the incident was the damage it caused to nearby buildings. One engine house at a nearby railroad had an entire wall pulled away. The bricks and mortar of the leveled wall were later located nearby, but several metal and glass elements had disappeared completely. What’s more, the entire building—and the 50 tons of equipment within—had moved almost 20 meters (60 ft), and some of the heavy materials within had been bent beyond recognition, or even cleanly cut in half.

The missing materials were never found, and the UFO was never seen again. 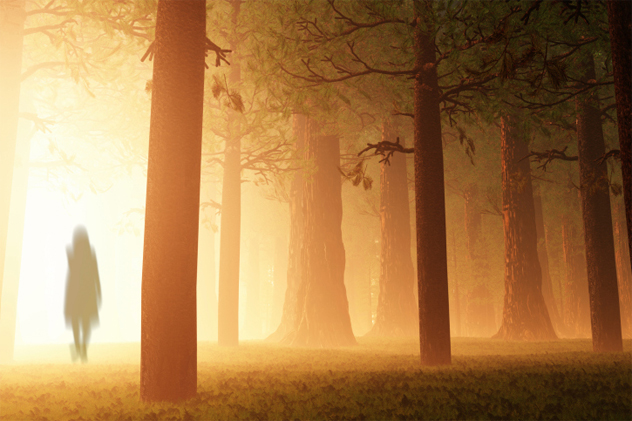 Jiang Ziwen was a brutal, arrogant tyrant who presided over the Moling province of ancient China. He died before his time, in a fight against a group of bandits that ambushed him. However, this was just the beginning of his story.

After Jiang Ziwen died, many locals reported seeing his ghost around the province, unwilling to let go of the power he had achieved in life. According to legend, the reason for Ziwen’s haunting was simple: He still wanted to rule. The ghost demanded that he must be worshiped as the deity of the area, and it looks like he was successful—research indicates that the cult of Jiang Ziwen was active in the area for hundreds of years.

Although some scholars say Ziwen was never an “official” deity, it looks like he was a fairly powerful unofficial one: Although historians disagree on whether his cult was used by the rulers to reinforce their power or by the common people to undermine the rulers, the fact remains that the worshipers of Jiang Ziwen were a force to be reckoned with in medieval China. 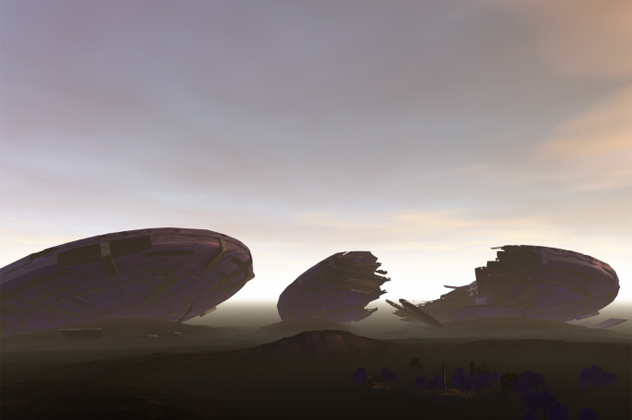 Many countries have a place that enjoys a reputation similar to the US’s Area 51. China is no exception. Their variation on the theme is called Chengdu Military Zone. According to legend, an unidentified flying object crash-landed near the area in 1947. The story of the incident mirrors the famous Area 51 incident almost exactly: A farmer found the remains of the object, and researchers released initial reports about the UFO. However, when the military moved in, the reports were quickly redacted and the UFO was written off as a weather balloon.

The Chengdu incident was relatively unknown until 2008, when a document detailing the supposed crash was found. Although this may seem suspiciously like some enterprising citizen was fishing for easy publicity with a counterfeit document and a made-up story, it must be remembered that the Chengdu area has a history of strange things flying in the sky. In 2013, one of them reportedly even hit a commercial airliner, punching an orb-shaped dent on the airplane’s nose. 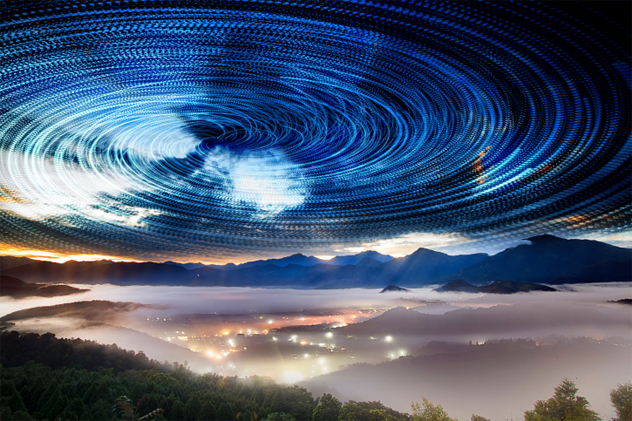 You might remember the mysterious spiral formation that was seen in Norwegian skies in 2009. You may also remember that said anomaly was caused by a failed Russian missile experiment.

However, the Norwegian spirals are far from the only ones in history, and definitely not the strangest. That honor goes to the Spiral UFO of 1981. Seen by over 10 million people, this giant shape advanced across the Chinese night sky at a speed of about a mile (1.6 km) per second. The UFO was visible for about six or seven minutes, until it disappeared.

Many were—and still are—convinced that the phenomenon was a genuine UFO, but the U.S. Air Force was less than impressed. According to them, the spiral was a tail spiral caused by a particularly clumsy spy plane . . . although they do admit that this is just a hypothesis and would like someone who knows the truth to step forward.

http://www.youtube.com/watch?v=vUAftdx3-dE
In 2012, paranormal enthusiasts were thrilled when a Chinese video proved that teleportation is a real phenomenon. The video was a simple black-and-white traffic camera clip that showed a bicyclist who pedaled across an intersection, oblivious to the fact that a truck approaching from his left was about to crush him. However, just before the truck tore through the man, a blur approached him and he disappeared. The next instant, the bewildered cyclist was on another side of the intersection, accompanied by an unknown person who had seemingly saved his life by teleporting him to safety. The video ends as the hero starts calmly walking away, with both the truck driver and the cyclist still trying to comprehend the situation.

Of course, this video was too good to be true. It was part of a marketing campaign for a Chinese video game called “Dragon Totem Girl,” the heroine of which has powers that include teleportation. Creepy, realistic production values combined with clever editing resulted in a very realistic (apart from the teleporting) clip that fooled a lot more people than it probably should have. 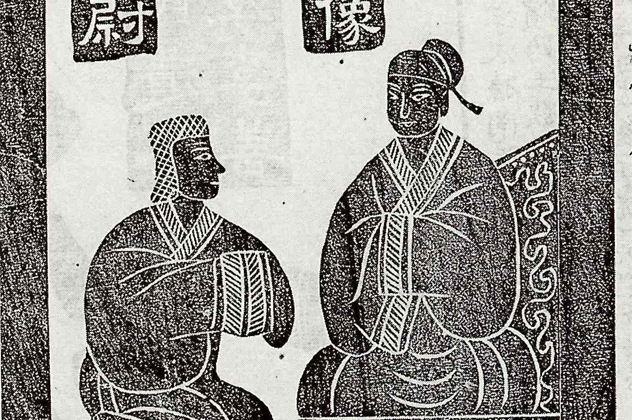 From 1600 BC to 1027 BC, a family of shaman kings called Wu ruled China. They enforced their powers with rituals such as divination and sacrifices, and often made decisions after entering a trance and consulting the spirit world. Although they eventually lost power, their legacy remains: Wu shamanism created the concept of Qi gong, and elements of the original shaman practices have survived all the way to the present day. Modern Wu shamans practice a variation of Qi gong, with the emphasis being on acupuncture and other healing practices. Certain parts of Siberia are still said to practice old-school Wu, with trances and communicating with higher universal energies now achieved by “traveling in alternate realities,” presumably with herbal assistance.

Interestingly, research indicates that most Wu shamans (and, by extension, rulers of ancient China) were probably female. Since China’s modern stance on women is rather less enlightened than it apparently once was, official history books have almost completely erased these powerful ladies from existence. 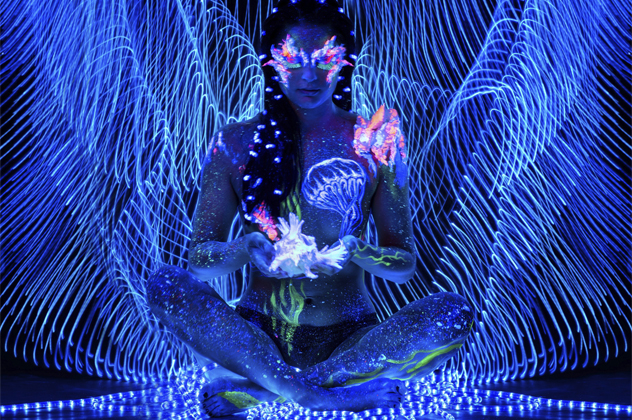 The story of Meng Zhaoguo starts out like a pretty typical, highly suspicious abduction tale. After spotting some strange lights in the sky in 1994, he woke up one night to see an alien in his bedroom. The visitor was female; apart from being three meters (10 ft) tall with six fingers and fur-covered legs, she looked exactly like a human being. It trapped Meng in a force field, and the two had sex for 40 minutes, floating above the bed Meng’s wife was sleeping in. One month later, he was abducted “through a wall” to visit the alien ship, where he learned his alien son would be born in 60 years.

What makes the case interesting is that Meng Zhaoguo had never heard of UFOs and aliens in his life before he reported the incidents. He was a relatively uneducated worker with little imagination, and when he took a lie detector test about the incident, he passed it with flying colors. This, combined with the sexier aspects of the case, made Meng’s case one of the most famous UFO abduction cases in Chinese history.

Meng himself is not too happy about this, though. He would prefer to live in peace, and wishes that people would soon figure out the truth behind the whole “UFO” thing so everyone would stop bothering him. 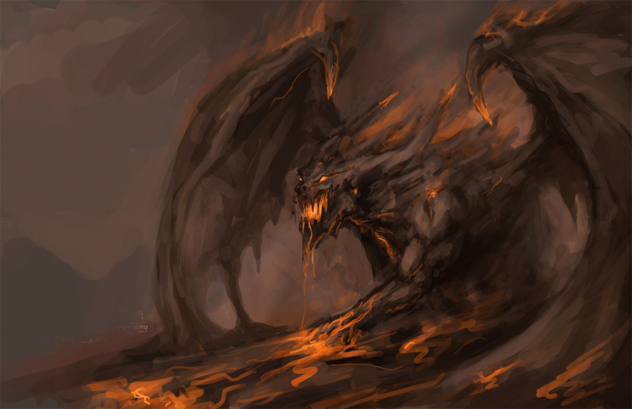 Tales of dragons play a massive role in Chinese history. The flying lizards are all over their lore, even more so than in the legends of medieval Europe. As such, they’re always on the lookout for more stories of these legendary, but sadly fictional, monsters.

But what if dragons aren’t fictional after all? This question arose in 2007 when news stories of an actual stash of Chinese dragon fossils started making rounds. According to the story, actual, extremely well-preserved fossils of very traditional-looking dragons had been displayed in the Xinwei Ancient Life Fossils Museum in Anshun, Guizhou.

This particular news item is unfortunately a complete hoax. It has been making rounds on the Internet every few years, but it has completely failed to get any more real no matter how often the tale is told. The ”fossils” are actually props from a TV production—namely, a Discovery Channel special about dragons.

It’s actually quite sad, because there’s actually no need for hoax stories. In reality, there was totally a time when real, actual dragons were flying all over China. This time was 120 million years ago, and the dragons were actually Guidraco venator (”ghost dragon hunter”), a meat-eating, flying dinosaur. Its fossils have only ever been found in China.

It’s probably safe to say it couldn’t breathe fire, though.