Museums are ubiquitous; there’s at least one in nearly every major city in the world, most of which are dedicated to art or history. While places like MoMA and the Louvre are extremely important cultural landmarks, sometimes people want to go off the beaten path and see something a little strange. 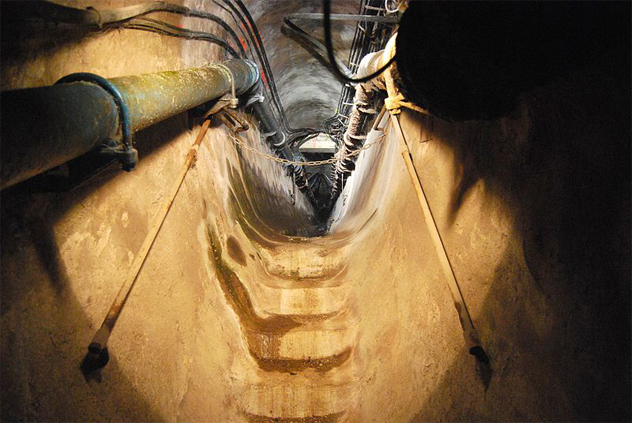 Located in the crown jewel of France, the Paris Sewers Museum (Le Musée des Égouts de Paris) is like a guided tour through a museum, one in which you can’t stop for long, and most likely wouldn’t want to. The first vaulted-walled sewer was installed in 1370, dumping its wares into a nearby stream. Since then, it was slowly built up until it reached a length of over 2,400 kilometers (1,491 mi).

Beginning with The World’s Fair of 1867, the government allowed members of the public to journey through the depths of the Parisian underground, with small locomotives, as well as boats and gondolas, transporting people through the sewer system. Unfortunately, public tours, other than with the Paris Sewers Museum, are no longer allowed due to security concerns. Each intersection in the system has its own street signs, which mirror the roads above, meaning you could travel through Paris without having to deal with any French people. Though, to be fair, you also wouldn’t see any of the buildings either. 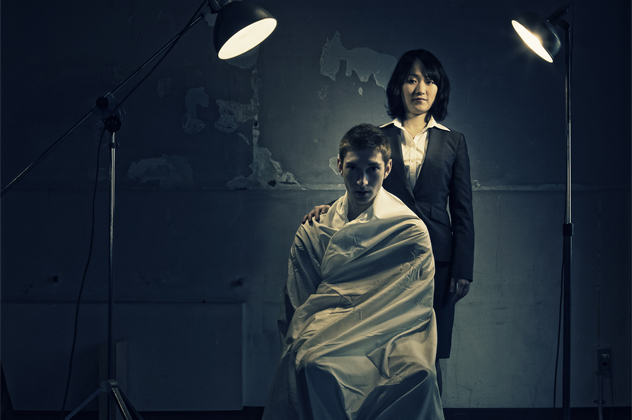 Though it’s been officially closed since 2002, the Museum of Questionable Medical Devices lives on as a permanent exhibit in the Science Museum of Minnesota. Founded by Bob McCoy, a self-professed expert on medical quackery, it is full of devices invented to cure some sort of malady, especially those in the early 20th century. Popular exhibits include a foot-powered breast-enlarging pump and a device which shocked the user with the hopes of increasing virility.

A number of the devices can still be operated, such as the phrenology reader, which was said to be able to map a person’s brain and indicate their levels of morality and intelligence, among other things. Others are disabled, such as the Buster Brown shoe-fitting fluoroscope. This was a device placed in shoe stores which allowed children, as well as adults, to peer inside their shoes and see how well their new shoes fit. They were introduced in the 1930s and ultimately banned by the FDA in the 1970s. 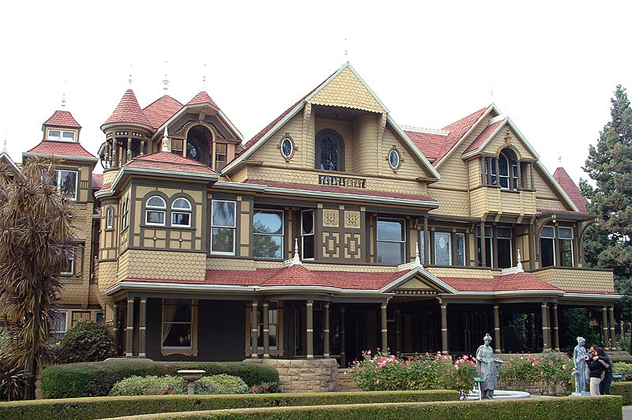 Built during the 1800s, the Winchester Mystery House was built by Sarah Winchester, wife and widow of William Wirt Winchester, the heir to the Winchester Rifle fortune. After her husband died, Sarah contacted a medium, who told her that the ghosts of the people who had been killed by her family’s rifles were angry. The only way to appease them was to build a house, one which would never be completed, or Sarah would die.

So for 38 years, at a cost of almost $6 million, Sarah constructed a house on 138 acres of land near San Jose, California. By the time she died in 1922, the house numbered 160 rooms, although there were only 13 bathrooms. Sarah was said to have never slept in the same bedroom two nights in a row, in order to confuse the ghosts. Also, there are stairs which lead to nowhere littered throughout the house. 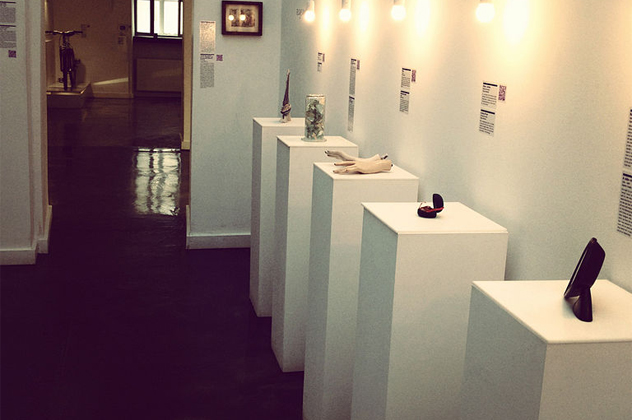 The brainchild of a pair of Croatians named Olinka Vištica and Dražen Grubišic, the museum began in 2006 as a traveling show, meant to showcase the items left behind by the pair’s failed four-year relationship. Using the donations of family and friends, the collection was slowly assembled, offering people an outlet for their grief. In 2010, thanks to the popularity of their idea, Vištica and Grubišic were able to find a permanent residence in the city of Zagreb.

As of now, the museum attracts 40,000 visitors a year and remains the only privately funded museum in the city. Nearly 100 exhibits are displayed, with sections devoted to the type and length of the relationships. Some of it is happy, though most of it is mournful; there is a pair of garters with the following text attached: “I never put them on. Maybe if I had, the relationship would have lasted longer.” In 2011, the museum was named ‘most innovative’ at the European Museum Awards. 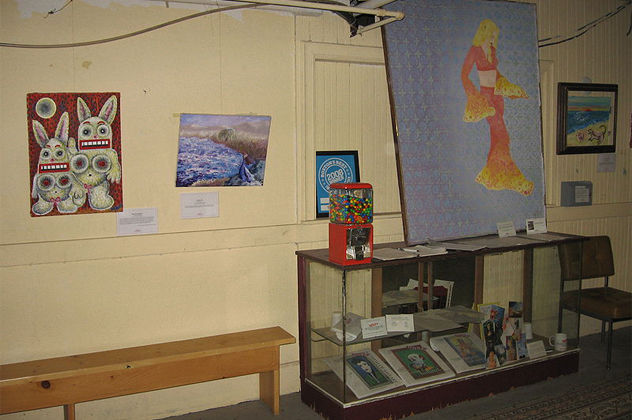 Technically a trio of museums in the state of Massachusetts, the Museum of Bad Art (MOBA) was established in 1994, with the mission of exposing the world to art of the lowest quality. Their slogan is “Art too bad to be ignored.” Antique dealer Scott Wilson came up with the idea for the museum after he spied a terrible painting of an elderly woman dancing in a field between two trash cans and started collecting bad art with his friend Jerry Reilly.

Today, the collection boasts nearly 600 individual pieces, though only 50 to 70 are on display at any one time. Most are donated, or found in landfills, and the art goes through a vigorous approval process, designed to weed out those artists who aren’t serious about their craft. Only about 10% of the submissions get accepted. Critics have claimed that the museum is making a mockery of art, but the owners insist that failure is an important step in the creative process. Fun fact: After one of their paintings was stolen, the owners mounted a fake security camera with the following on a sign underneath it: “Warning. This gallery is protected by a fake security camera.” 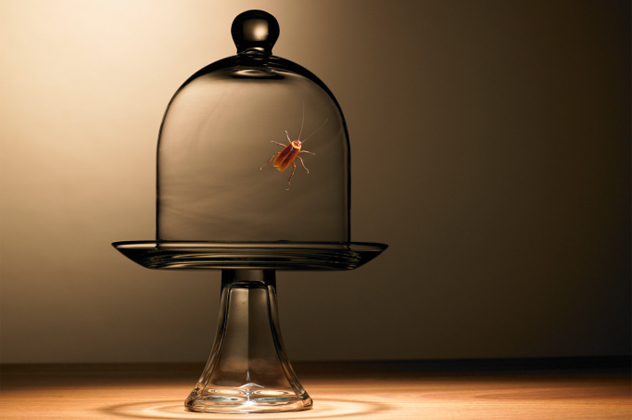 Though it has since been moved to Phoenix, Arizona, the Cockroach Hall of Fame Museum began in Plano, Texas, and was the brainchild of exterminator Michael Bohdan. Installed in his shop, it quickly grew in popularity thanks to the creative ways the dead cockroaches are dressed as celebrities and historical figures. Visitors to the museum can enjoy such classic works as H. Ross Peroach and David Letteroach.

Bohdan’s experience with the bizarre began in the 1980s, when he held a contest to find the biggest cockroach in Dallas. He later traveled the country, judging cockroach fashion contests as a promotional stunt for an insecticide company. Bohdan saved the roaches from destruction, slowly collecting them over the years. Eventually he achieved minor celebrity status, even being a guest on The Tonight Show. The best exhibit in his collection is probably a white-caped cockroach sitting by a piano, with the title “Liberoachi.” 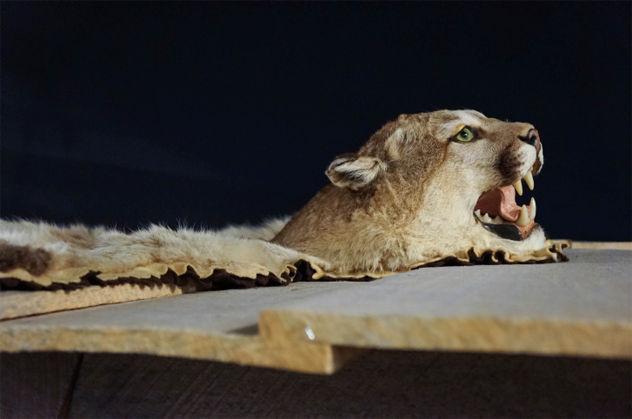 Located in Kuching, Malaysia, the Cat Museum, as you can probably guess, is dedicated to our favorite feline friends. It was created by the Chief Minister of the state, who wanted to celebrate the city and its heritage (Kucing translates as “cat” in Malay). Visitors to the museum are greeted by a number of installations, detailing the history of the domesticated cat, as well as artistic representations.

While it’s not one of the most somber places in the world, the Cat Museum is still home to a number of interesting artifacts—over 2,000 in total—including a 5,000-year-old mummified cat from Beni Hassan in Egypt. Perhaps the most treasured piece is a mounted example of one of the rarest cats in the world: the Felis Badia. It’s only found in the Borneo rainforest, and the city of Kuching claims to have the only specimen in the world. The museum is a hit among the locals, as cats are extremely popular, and a number of superstitions still come up in the island nation. It’s said that some Malays used to soak a cat in a pan of water until it was half drowned in order to make it rain. 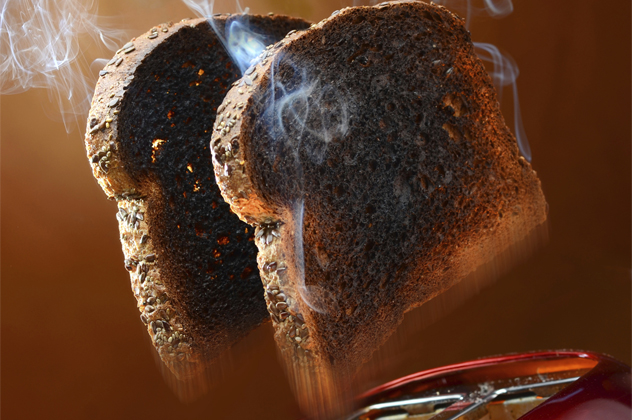 Another Massachusetts attraction, the Museum of Burnt Food can trace its humble beginnings to the late 1980s when Grammy-nominated harpist Deborah Henson-Conant started heating some hot apple cider. She got distracted by a rather lengthy phone call, and the dish was burned completely by the time she returned. Though not technically a museum—the pieces are stored at Henson-Conant’s house—the exhibits are loaned out from time to time and are permanently visible on the website.

One of the most prized attractions is a batch of sweet potatoes left in the oven, slowly cooked by the pilot light over five weeks, while Henson-Conant was in Mexico. Though the approval process is not very vigorous, she always reminds the applicants to only send in accidental kitchen mishaps (you can submit your own “creations” on the website). The museum’s motto is “Always leave the flame on low . . . and then take a long nap.”

2 Museum Of The Holy Souls In Purgatory 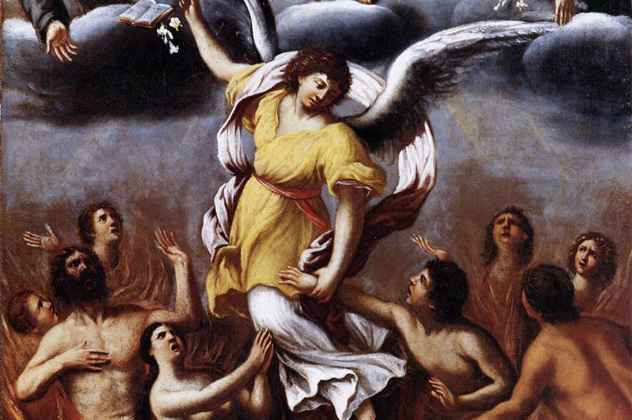 An extremely small room, located entirely within the Church of the Sacred Heart of the Suffrage in Rome, this museum is home to a number of items said to have been touched by the souls of those in purgatory. For those who don’t know, in Catholicism, purgatory is a place where the souls of the deceased go to atone for their sins. If people pray for their souls on Earth, the amount of time spent will be lessened. Victor Jouet, the founder of the museum, was said to have been inspired when a fire burned down part of the Church, leaving a scorched mark bearing a resemblance to a human face, which Jouet believed was the soul of someone in purgatory.

Inside a small glass case are various items, such as a book with a hand print, said to have been burned into the pages by a deceased priest. Another was said to have been touched after a woman held two masses in her mother-in-law’s honor after she received a vision in a dream. 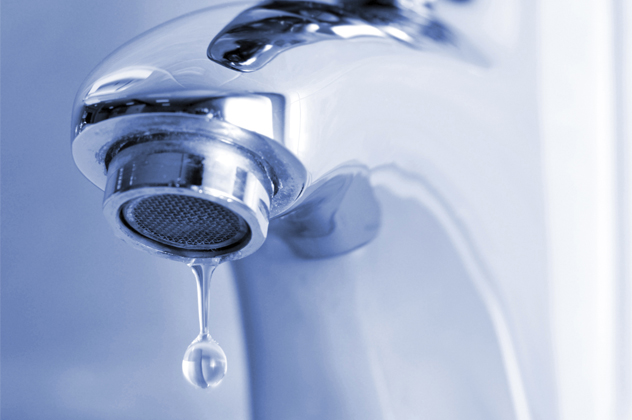 Built on the ground which once held the first water plant in Beijing, this museum contains over 130 different objects related to the history of tap water in China. It’s a testament to early collaboration between China and the West, and a number of historically significant items call this place home, such as posters advertising the invention of tap water. At the time, many of the Chinese were wary, referring to the output as “foreign water,” and it was tough to get them to accept it.

Due to the oncoming revolution, the water company only lasted for about three years. Remnants of it still exist, though Mao Zedong’s Great Leap Forward destroyed much of the steel and ironworks which once stood in the museum’s grounds.