Wartime (while a bad time for everything else) is usually a good time for urban legends to grow. It’s a period rife with rumors, speculation, and deliberate disinformation—how could such stories not turn up? While some urban legends have some truth to them, most are really just the products of wild, hyperactive minds. As if people stuck in the middle of a war didn’t already have enough problems, they also had to contend with all sorts of bizarre stories and news every now and then, some of which were just downright unnerving. 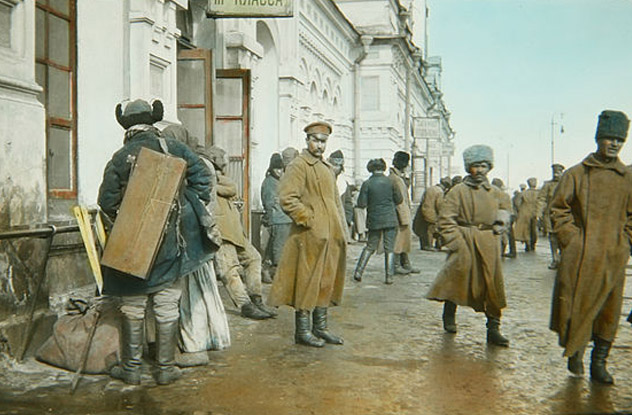 This urban legend was very scary—at least to Germans anyway. During the First World War a rumor circulated that innumerable Russian soldiers had been transported from their homeland all the way to Scotland in preparation for an invasion against Germany. People allegedly saw soldiers in train stations with snow on their boots asking for vodka in a foreign accent. It didn’t take long for the rumor to spread like wildfire across the UK. However, as with most urban legends, this turned out to be just a hoax.

Origins of this rumor are hard to trace. The Russians may have been Scottish Highlanders who—with their thick accent—explained that they came from Ross-shire. Some sources point to a telegram stating that Russians have arrived in Scotland, only the telegram meant Russian eggs, not soldiers. Others pinned the story on a French officer who asked where his “rations” were.

However, one of the most plausible sources for the rumor may have come from the enemy. Karl Lody, a German spy stationed in Edinburgh, told his superiors about the Russian soldiers in Scotland. Although ultimately baseless, the report was enough to shake the German military. 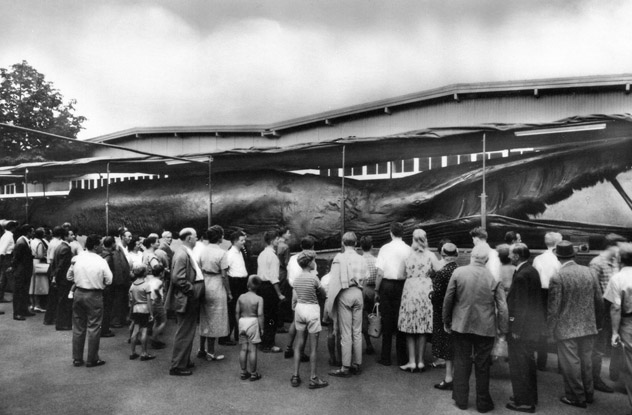 During the Cold War, a rumor arose that the CIA had the unlikeliest agent on its roster: a dead fin whale named Goliath. Caught by Norwegian whalers in the 1950s, Goliath was mounted on a truck and toured all over Europe well in the 1960s. While already bizarre in itself (parading a dead whale is kind of weird), conspiracy theorists argued that the whole thing was a cover-up for more a more nefarious purpose, especially after the whale arrived in Hungary.

Allegedly, the CIA wanted to test if the roads of Hungary could handle the load of nuclear missiles loaded on trucks. To avoid arousing suspicion, they opted to substitute the dead whale for the missiles. The truck carrying the whale eerily resembled one used to carry nuclear missiles, according to conspiracy theorists.

No concrete proof was ever presented, and the Hungarian crowd loved Goliath. Tickets were sold out everywhere he went.

8 The British Could Set The Sea On Fire 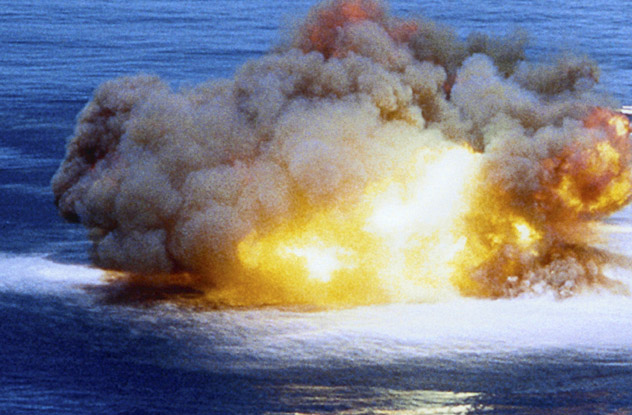 We have already discussed how the British military managed against all odds to beat off a potential German invasion of the UK. However, one particular British urban legend played a role in the German failure to cross the Channel: The British had a weapon that could incinerate all sea-borne invaders. Specifically, it was a mine filled with flammable liquid that could spread quickly over water and burn anything in its path.

This was just one big ruse. The originator of this deception, propaganda major John Baker White, was inspired by a demonstration of flamethrowers installed underneath the beaches. He proposed—and was given the go-signal—to spread the rumor that the British could also ignite the sea.

Eventually the rumor caught on fire in Germany and its occupied countries. A Luftwaffe pilot who was shot down and caught told British interrogators that his comrades were all aware and fearful of the fiery weapon. For the British, the deception was a win-win situation—they raised their countrymen’s morale and made the Germans hesitant to invade.

7 Tale Of The Truck 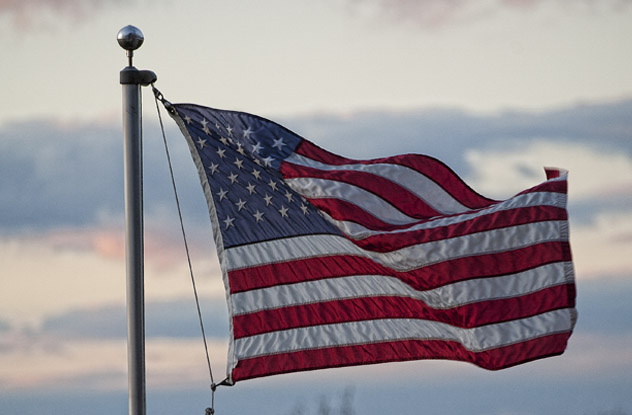 Ever wonder what was inside on the ball atop American flagpoles? If tall tales are to be believed, the ball (or “truck”) of the flagpole contains a bullet, rice, and a match (other versions also specify a razor). Supposedly, the three items are to be used to prevent the enemy from getting their hands on the flag. The soldier assigned for this monumental task must eat the rice for energy and use the match (or razor) to destroy the flag. As for the bullet, the soldier would use it to kill himself either to avoid captured or as punishment for destroying the flag.

Where did this urban legend all start? According to sources, the ball was installed during the Cold War when Americans constantly feared a potential Soviet invasion. Intriguingly, this urban legend ignores that balls atop flagpoles were in vogue long before the Soviets ever came into the picture. 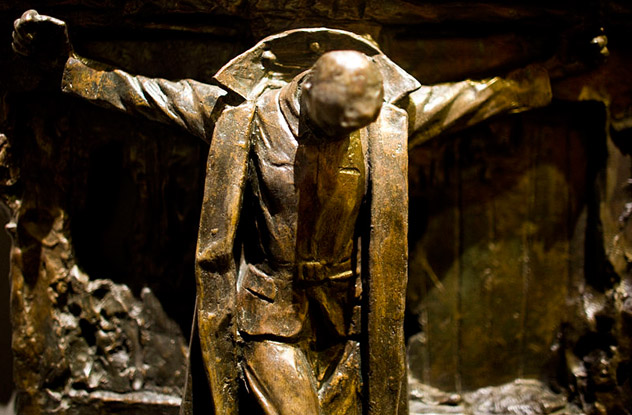 Sadly, horrific atrocities are the norm when it comes to war. Yet sometimes we hear of a story so vile and gruesome that we question its accuracy. The “Crucified Soldier” is one such story.

According to this troubling legend, soldiers from both sides of the First World War crucified their captured opponents in a spot visible to the prisoners’ comrades. The Germans allegedly started this practice when they crucified a Canadian soldier with bayonets to a barn door. When the Canadians learned of this, they reportedly retaliated by crucifying a captured German officer. Pretty soon the Germans also accused the Belgians with crucifying their captured prisoners.

Although no evidence ever supported this atrocity, the story became deeply embedded in the Canadian national consciousness. After the war, Canadian artist Dentwood made a bronze statue called Canada’s Golgotha—it showed a Canadian soldier being crucified and mocked by German soldiers. 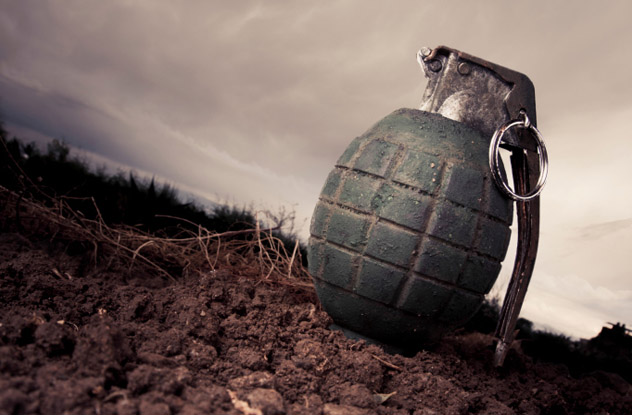 Unfortunately this troubling urban legend is steeped in truth. The Vietnam War saw numerous cases of American soldiers who attempted to kill off officers they deemed incompetent or unpopular. The preferred method of assassination was a fragmentation grenade (hence the term “fragging”) because they were harder to trace than bullets fired from a gun. Eventually the term encompassed all methods of killing an officer, which also included stabbing him to death.

Even more troubling was that enlisted men placed bounties on their most unpopular officer. For example, a $10,000 bounty called for the death of the commanders who led the infamous bloody battle at Hamburger Hill. Fragging incidents became so commonplace during the Vietnam War that it led one expert to state that the American military was “at war with itself.”

While the exact number of deaths remains unknown to this day, estimates indicate 600 documented fragging deaths from 1969 to 1973. Another 1,400 deaths due to “unknown causes” may be blamed on fragging by those who insist the phenomenon was even more pervasive than it really was.

4 The Angels Of Mons 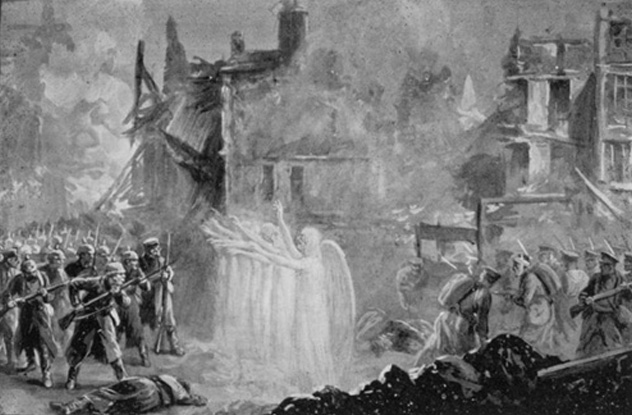 According to an article by British author Arthur Machen, angels allegedly helped the British army from being utterly annihilated by numerically superior German forces in Mons, Belgium during the opening days of World War I. Just as the German soldiers were about to step in for the kill, they were suddenly confronted by angels in the form of English archers who blocked their path and pointed their arrows or fired at them. This ghostly apparition forced the Germans to retreat and allowed the English enough time to regroup.

While Machen himself stated that it was all fiction, the story gradually became accepted as fact among the British soldiers and public. For them it was proof that God was on the British side. Anyone who disbelieved in the angels’ existence was deemed a traitor or a defeatist. Skeptics however, were quick to dismiss the whole incident as nothing more than mass hysteria—both the German and British armies expected a quick victory only to be caught up in an exhausting war of attrition. 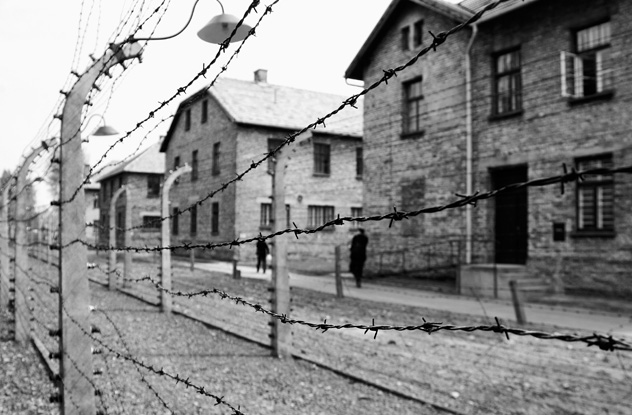 Ever heard of the controversial myth of how the Nazis manufactured soap out of the fats of their prisoners? Their predecessors were also guilty of this horrible atrocity—according to the British anyway. During the World War I, the German military allegedly processed the fat from the bodies of their fallen soldiers in special “corpse-utilization factories.”

This urban legend turned out to be only partially true. These very real soap factories used the corpses of animals, not humans. British propagandists received this information and purposely mistranslated the German term of animal carcass into “human corpse.” This report was a huge psychological victory for the British. At first the German public became angry at their own military. That anger soon changed to sadness when they learned that the rest of the world had faked the story.

However, it seemed that the British themselves were not immune to such legends. They reputedly operated their own factory aptly named the Destructor or Reducer. It was rumored that this factory incinerated garbage, human body parts, and live military prisoners scheduled for execution. 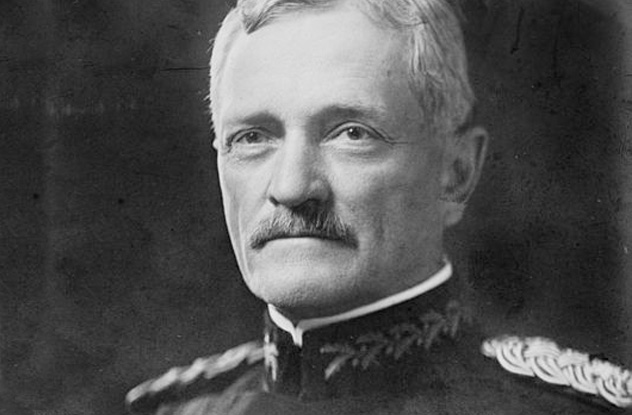 When the Americans fought and subsequently occupied the Philippines in the 1900s, they had an harder time in the Muslim South than the Christian north. Though poorly-armed, the Moros (ethnic Muslims) relied on their religious fanaticism to fight the better-equipped American soldiers. Berserker attacks by Moro juramentados (religious zealots) armed with just knives became so frequent that the military commander John “Black Jack” Pershing reportedly found an unusual way to end them.

According to the story, Pershing played on the belief that any Muslim who touched a pig could not enter heaven. Prior to a scheduled execution of 50 Moro insurgents, he ordered his men to dip their bullets in pig’s blood before shooting. Afterward, he buried the executed men along with dead pigs. Pershing spared one of the insurgents so the man would spread the story to his peers. Sure enough, Pershing’s actions single-handedly stopped further juramentado attacks for the rest of the American occupation.

Just how much of this legend is true has been debated by historians. Although Pershing had the reputation of a hard military man, he also actively sought out peaceful solutions. During his campaign in the south, Pershing and his officers learned the Qur’an and spent a good amount of time negotiating for peace with Moro leaders. In fact, the Moros even made him an honorary datu (local chief) as a token of goodwill.

1 The Wild Soldiers Of World War I 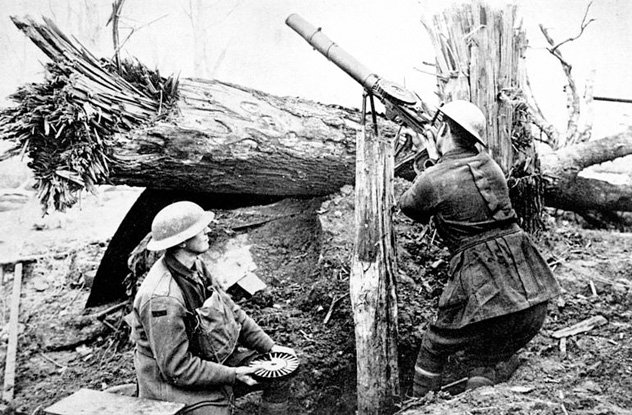 During the First World War, a rumor ran rampant that soldiers from opposing sides defected and subsequently went into hiding together. Wild claims pervaded about their living together in abandoned caves, villages, and even in trenches. They stayed hidden during the day and came out at night to rob the dead and dying of their supplies. Over time, these deserters became so numerous and uncontrollable that the military decided to put them down with gas.

No one knows exactly where this urban legend began. Although creepy, stories of these soldiers likely aimed to express the emotions of those fighting in the war. Soldiers from both sides recognized that fighting each other was pointless, that their real enemy turned out to be war itself.

Marc V. is always open for a conversation, so do drop him a line.