Museums can be great additions to any travel itinerary, and prominent ones, like the Louvre or the Smithsonian, are visited by throngs of tourists each year. Then there the collections that are perhaps more niche but certainly still of interest to the right audience.

There are plenty of odd museums located around the world, but who would have thought so many were dedicated to celebrities? These shrine-like menageries are devoted to the famous and house memorabilia, props, personal items, and everything else fans want to discover. Check out these celebrity museums from around the world that are strangely unique.

10 The Britney Spears Exhibit At The Kentwood Museum 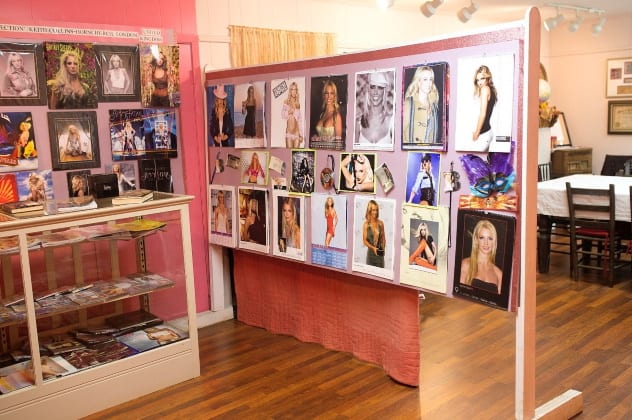 In the small town of Kentwood, Louisiana, you’ll find the Kentwood Museum. The museum features two permanent exhibits—the Kentwood Military Exhibit and the Britney Spears Exhibit. The second exhibit may sound out of the ordinary, but Kentwood is the hometown of Britney Spears.[1] After thousands of fans called Kentwood to discover more about the famous pop singer, the museum finally decided to open the exhibit in 2001 for visitors to learn more about the singer.

The exhibit features three sections, with one being devoted to her childhood, another to her years as part of the “New Mickey Mouse Club,” and the third depicting her time as a pop star. Visitors to the museum will be able to enjoy a replica of one of her stages, clothing, platinum records, photographs, and other memorabilia. There is also a gift shop located at the museum that sells Britney Spears merchandise. 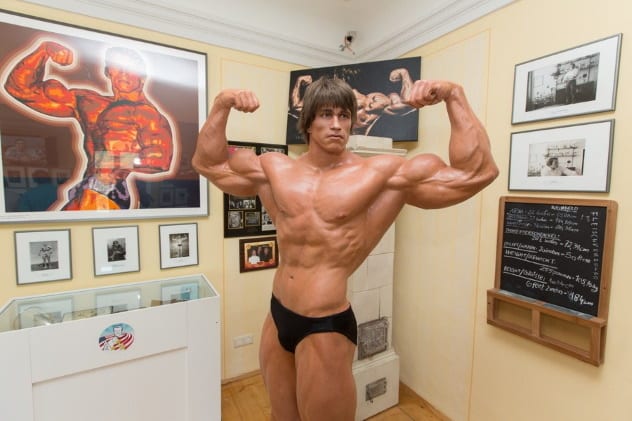 One of Austria’s greatest celebrities has his own museum in the small town where he was born. The Arnold Schwarzenegger Museum is located in the Terminator’s childhood home in Thal. Schwarzenegger eventually left Austria to pursue his careers in bodybuilding, acting, and politics.[2] His many achievements and humanitarian works are all on display at the museum.

Each room of the museum is full of memorabilia and features exhibits focusing on his childhood as well as his film and gubernatorial careers. Visitors to the museum will be able to browse rare movie props, a collection of weights and equipment, and photographs and even take a peek at his governor’s desk. The museum is small compared to Schwarzenegger and his many careers, but it features rare memorabilia that won’t be seen anywhere else in the world. The museum will leave you saying, “I’ll be back.” 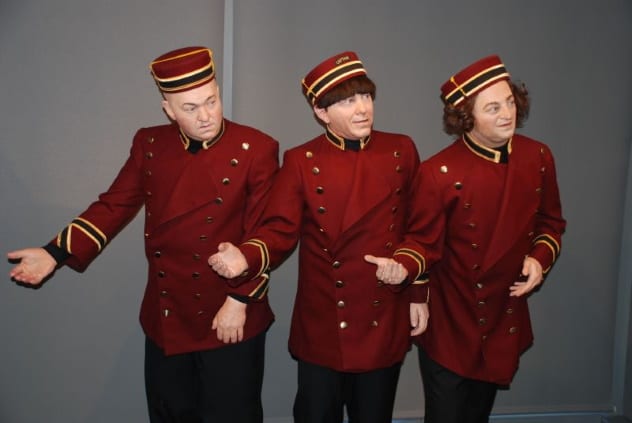 The world’s first and largest museum of the Three Stooges is located in Ambler, Pennsylvania. The Stoogeum contains about 100,000 pieces of “Stoogeabilia,” including props, games, toys, personal belongings, and much more. The 929-square-meter (10,000 ft2), three-story building not only houses artifacts of the legendary comedy team, but it also features an art gallery, research library, and an 85-seat theater used for film screenings, lectures, and presentations.

The Three Stooges Fan Club, one of the largest and oldest fan clubs in the US, is also headquartered at the Stoogeum. They currently have about 2,000 members worldwide. The fan club holds their annual meetings at the Stoogeum and brings together Stooges relatives, supporting actors, impersonators, and fans to enjoy a comedy-filled event.[3] 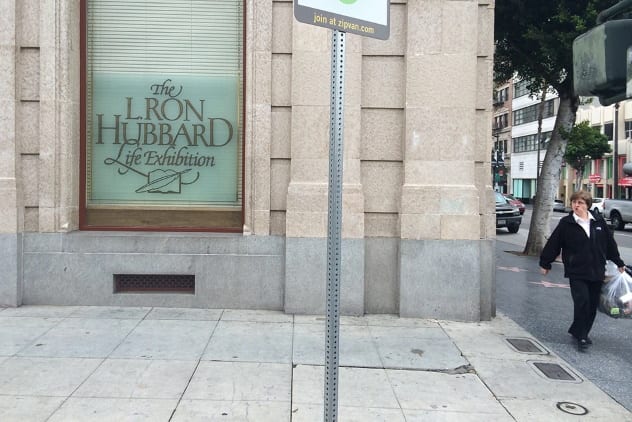 L. Ron Hubbard was an American novelist and the founder of the Church of Scientology. He struggled to gain recognition for Scientology as a legitimate religion, but he gained popularity through his life. Hubbard was respected by many, and his achievements can be recounted at the L. Ron Hubbard Life Exhibition.

The L. Ron Hubbard Life Exhibition opened in 1991, and it features more than 30 creative displays and multimedia presentations to be walked through. The exhibition is made up of several artifacts, awards, and films about Hubbard and his role in Scientology. Videos that can be viewed include “Introduction,” “A Brief Chronology,” “Early Years,” “University Years,” and “Living the Stories.” The museum is open seven days a week and is conveniently located on Hollywood Boulevard in Los Angeles.[4] 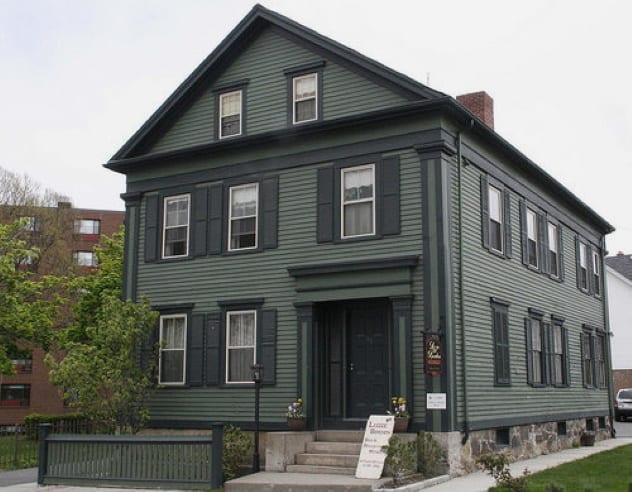 In 1892, Andrew and Abby Borden were found brutally murdered in their Fall River, Massachusetts, home. Their daughter, Lizzie Borden, was tried for the ax murders, but she was acquitted in 1893. The case was never solved, and Lizzie continued to live in the Fall River home until her death in 1927. The Borden home is now a bed-and-breakfast and museum that is open year-round.

The house still sits just as it was, and artifacts of the murder case are displayed around the home. Visitors can stay the night if they dare face the alleged paranormal activity. The Lizzie and Emma Suite includes both of their bedrooms, the Andrew and Abby Suite includes their bedroom and Abby’s sewing room, and the John V. Morse Room is where the uncle of Lizzie and Emma stayed the day before Abby was found murdered in the same room. There are also three other rooms in which guests can spend the night.[5] Those looking to be introduced to the unsolved murders can participate in a day tour, and those brave enough can reserve a tour at night by candlelight. 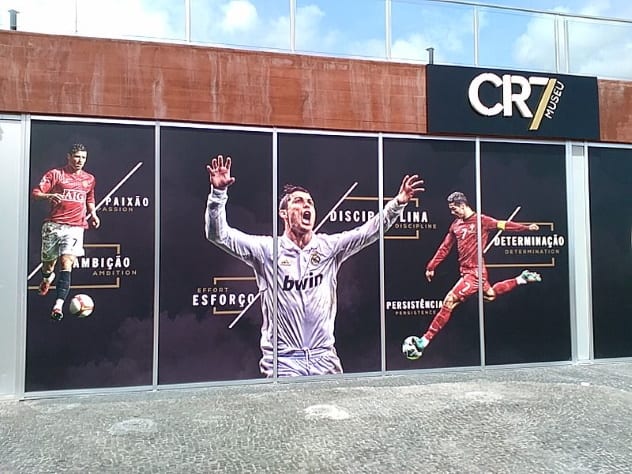 Located on the picturesque island of Madeira is a shrine-like museum dedicated solely to soccer superstar Cristiano Ronaldo. He was born on the island, located off the coast of Portugal, and he plays soccer for Portugal’s national team and for Serie A club Juventus. He is one of the most decorated soccer players in history, with several awards, championships, and records.[6] His success led Ronaldo to open the museum of himself to display his trophies for fans to see. Maybe he has an ego as great as his talent; you decide.

Museu CR7 showcases the accomplishments of Ronaldo by displaying four Golden Boot awards, five Ballon d’ors, and several other club trophies. Fans visiting the museum can write, draw, or paint letters to send to Ronaldo after visiting the interactive timeline showcasing the most important points of his career. The fan-favorite activity at the museum is the augmented reality experience that allows fans to take a photo next to the international soccer star.

One of Hollywood’s most glamorous leading ladies has her own museum in North Carolina. Ava Gardner was an American actress of the 1940s through the 1970s, most notably known for her roles in The Killers, Mogambo, The Night of the Iguana, and Bhowani Junction. The museum in her home state honors the life, loves, and legacy of Gardner.

The 465-square-meter (5,000 ft2) exhibit space showcases Gardner’s successful career in the business. Visitors will find costumes, movie posters, and awards to look at, along with a number of personal items such as jewelry, art, portraits, and more. The museum also features exhibits on Ava Gardner and Gregory Peck’s lifelong friendship and her homes in California, Spain, New York, and England.[7] The Ava Gardner Festival is held each year at the museum to celebrate the life of the praised actress. 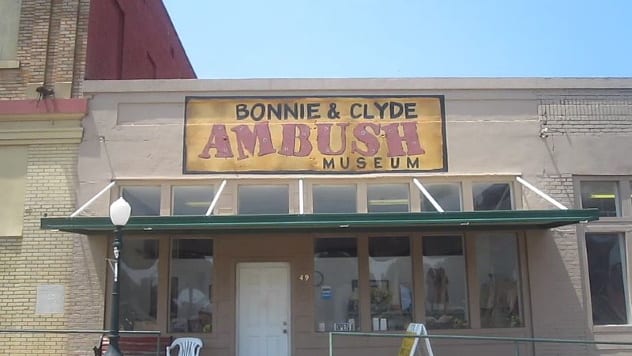 You’ve probably never heard of or traveled to Gibsland, Louisiana, but it is home to a small museum dedicated to one of the most notorious outlaw couples in history. Bonnie and Clyde were known as a sexy, charming couple who enjoyed robbing, stealing, and shooting. Their crime spree captivated the country, and they were considered a modern-day Romeo and Juliet.[8]

The last place Bonnie and Clyde visited and dined before their death was Rosa’s Cafe, which is now the location of the Bonnie & Clyde Ambush Museum. The museum takes visitors back to 1934 to experience the bloody ambush in which the outlaw couple met their demise. On display at the museum is a replica of their getaway car, firearms, and other artifacts. A monument located at the actual ambush site where the couple died can be found about 13 kilometers (8 mi) south of Gibsland. 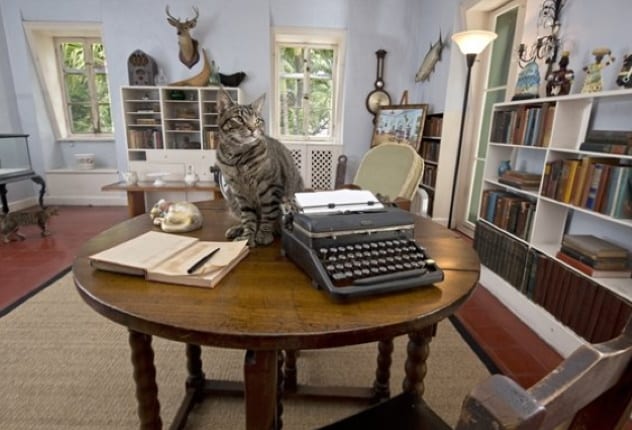 One of the most iconic literary figures, Ernest Hemingway, owned a home in Key West that is now a museum dedicated to the writer. It is nestled in Old Town, and it was one of the first homes in Key West to have indoor plumbing and a pool—the pool cost $20,000 in 1938 and is 18 meters (60 ft) long, 7.3 meters (24 ft) wide, and 3 meters (10 ft) deep. Some of Hemingway’s most famous works, such as For Whom the Bell Tolls and A Farewell to Arms, were written in this home.[9]

Much of the original, elegant furniture is still on display in the home, along with other fancy furnishings. The beautiful gardens and original pool are also available for viewing at the museum. A white six-toed cat was given to Ernest Hemingway, and some of the descendants of that cat still live on the grounds, along with about 40 other polydactyl (six-toed) cats. He named all of his cats after famous people, and that tradition still continues today. 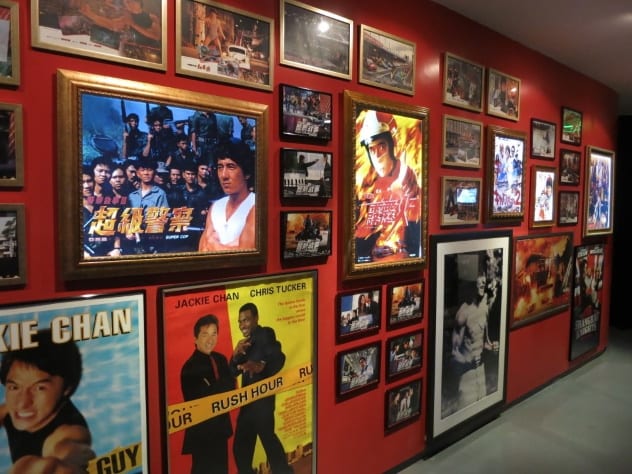 One of the most famous Chinese people in the world has his own museum in Shanghai. The Jackie Chan Museum, located in a revamped factory, is dedicated to kung fu master and brilliant actor Jackie Chan. After a brief welcome movie from the martial arts legend, visitors are welcome to explore the museum.

The museum is divided into four sections, covering everything from his early film career to his philanthropic contributions. Fans will find several props from his films and can interact with activities and videos about Chan’s life.[10] Many of his movies are action-packed, just like how you will find many of the props throughout the museum, such as a motorbike crashing through a wall. The end of the museum focuses on his philanthropic work and encourages others to donate. Chan has changed many lives through his career, and he continues to do so through his charity work as well.

Read about more bizarre, one-of-a-kind museums on 10 Unique Museums Around The World and 10 Peculiar Museums You Must See To Believe.