Normally a response to cruel or oppressive governments, riots have taken place throughout much of human history. Although they’re usually much less violent than open rebellion or war, there have been extreme examples in which the amount of human life lost is extraordinary. Here are 10 of the deadliest riots in human history. 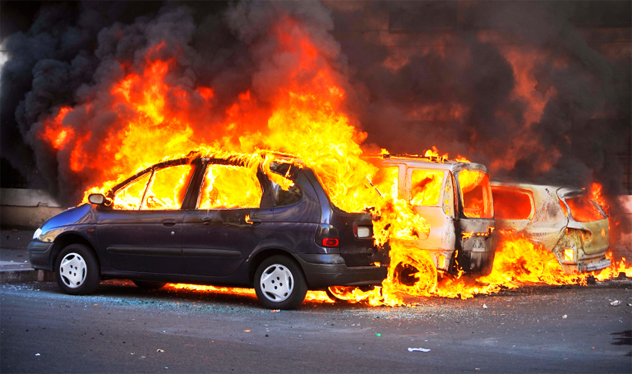 How it began: After years of oppressive rule by General Ne Win led to dire economic conditions, the citizens of Burma started holding mass protests. Starting on August 8, 1988 (hence the name), the protests quickly turned deadly, with the military police attempting to crush any resistance they came across. As many as 500,000 people packed Rangoon, the then-capital of Burma, and marched against increasingly violent police. It was during these riots that Aung San Suu Kyi rose to national fame for her role in the protests, even being awarded the Nobel Peace Prize in 1991.

How it ended: The police finally cracked, shooting into the crowds and killing hundreds in the days to follow. Eventually the rioters were crushed, with a total of around 3,000 meeting their deaths at the hands of the junta. Nearly all of the leaders were either arrested or exiled, and the country is still struggling with the role of the military in their government; they didn’t hold their first democratic election until 2010. 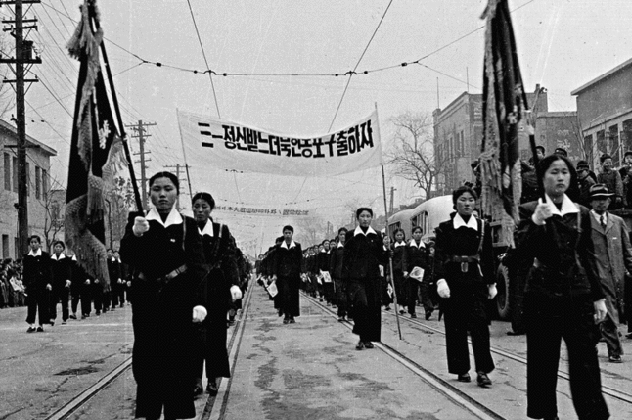 How it began: After being annexed by Japan in 1910, the country of Korea eventually grew to resent their new leaders, and demanded their sovereignty back. An increasingly educated public rallied together, with many spurred on by President Woodrow Wilson’s famed “Fourteen Points” speech, which proclaimed the right of the people of a country to determine their leaders. March 1, 1919, was chosen as the start date because it was Korea’s late emperor’s commemoration date. Eventually, the protests turned into the largest demonstration against foreign rule in Korea’s history.

How it ended: Non-violent in nature, the protests turned deadly anyway, with Japanese troops firing into dense crowds made up of regular citizens. More than two million civilians took part in the protests, with 46,000 going to jail and 7,500 killed. Although it didn’t achieve its mission, the March 1st Movement did lead to loosened rule by the Japanese, as well as the formation of the Provisional Government of the Republic of Korea, an important player in Korean history. 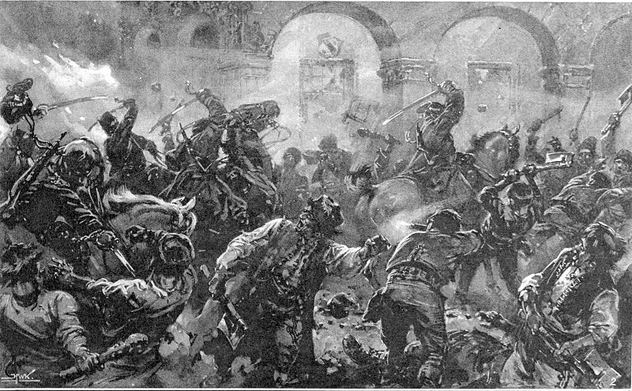 How it began: Throughout the area now known as Romania, a fury swept through the peasant population, who were tired of suffering under the wealthy landowners of the country. Even though they represented nearly 80 percent of the population, a majority of them owned no land whatsoever. Beginning in March 1907, riots quickly spread, with the protestors in the southern half of the country turning to outright murder. Although anti-Semitism seemed to have played a role initially—many of the local landowners affected in the beginning were Jewish—the riots quickly spread to areas with little to no Jewish citizens.

How it ended: The Conservative government folded, unable to handle the masses, and the Liberals seized power. Declaring a state of emergency, they mobilized over 100,000 men to crush the rioters. Less than a week later, the peasants had been quelled and the government was once again in control of the country. The exact number of casualties is unknown because King Carol I had all the documents destroyed, but most estimates put the number at 11,000. 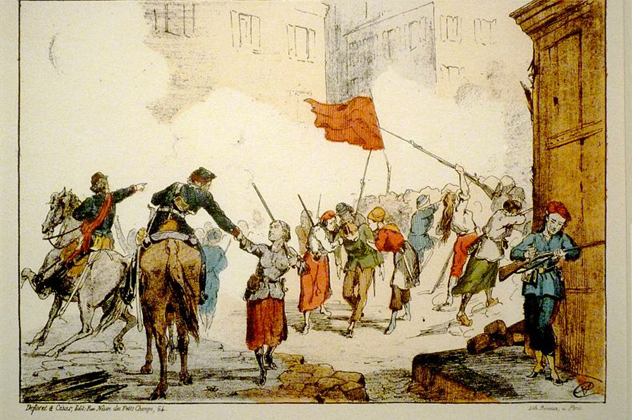 How it began: The Paris Commune was a socialist group which claimed governance of Paris in 1871. The group was brought together after fears that the monarchy might be reestablished, leading to the disarmament of the National Guard in the city. After similar communes in nearby cities were quickly suppressed, the group in Paris faced the government’s full wrath. A large number of military troops were sent to deal with the poorly trained militia which had declared its independence from the national government.

How it ended: On May 21st, thanks to the disorganization of the Commune troops, the military entered a poorly defended area of Paris and began wantonly shooting anyone with a gun, or anyone even suspected of helping the rebels. Known as “La Semaine Sanglante,” or “The Bloody Week,” up to 20,000 civilians were killed, with only about 750 government troops dying as a result of the fighting and executions. Afterward, a brutal crackdown took place, resulting in almost 40,000 arrests. 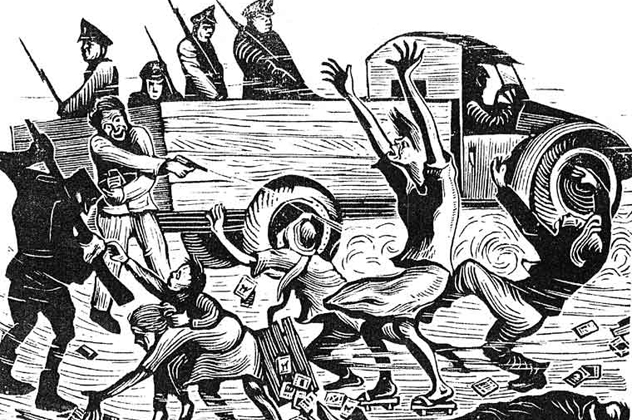 How it began: After Japan’s surrender at the end of World War II, the control of Taiwan, which had been ruled by Japan for 50 years, was granted to China under the guise of a temporary military occupation. Initially received as liberators, the Chinese immediately began a repressive regime, which angered the Taiwanese public and caused huge economic problems for the poorest of the country. The last straw was the arrest and beating of a widowed woman who was selling cigarettes without a license, and huge protests immediately sprang up throughout the country on February 28, 1947.

How it ended: Government officials pretended to be negotiating with the protesters, all while bringing massive numbers of troops to quell the resistance. On March 8th, the military finally arrived and immediately began shooting protestors and other civilians. In all, up to 28,000 people were killed, with untold more arrested—many times without reason. Until 1987, a period of martial law known as the “White Terror” took place on the island, during which the government ruled the country with an iron fist. 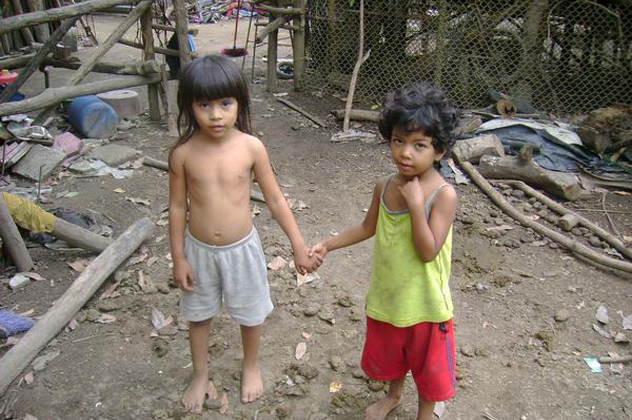 How it began: During the second half of the 1800s, coffee became one of El Salvador’s largest exports, which led to the growers gathering large plots of land with which to start plantations. This had the unfortunate side effect of furthering the gap between rich and poor, with the indigenous people forced off their land and into extreme poverty. Following the stock market crash of 1929 and the Great Depression, the coffee market fell apart, leading to a complete collapse of El Salvador’s economy. An army of peasants, led by Agustín Farabundo Marti, revolted and demanded immediate changes.

How it ended: The military, as well as the local police, began a series of brutal repressions known as “La Matanza,” which translates as “The Slaughter.” Anyone who even looked indigenous was brutally slaughtered, sometimes for nothing more than wearing traditional clothing. Estimates vary for the number of dead; it’s anywhere from 10,000 to 30,000 in total. On top of all that came another tragedy—the entire culture of the indigenous people was destroyed in the riot’s aftermath, since most people were forced to hide their cultural history if they wanted to survive. 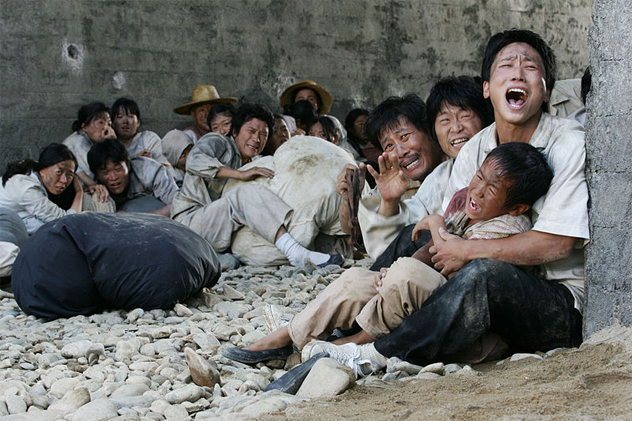 How it began: As the fate of a unified Korea hung in the balance, the UN and the Soviet Union were at odds over the country, with the Soviet Union claiming that fair elections were taking place in the northern part while denying the UN access. A large number of the residents of the island of Jeju, just off the coast of what is now South Korea, were extremely distrustful of the UN-backed elections. During peaceful protests denouncing the elections, police fired on the crowds, killing six people in 1947. The following year, full-scale riots broke out, with the rioters attacking any government building they could find.

How it ended: After negotiations between the two forces fell apart, the South Korean government began a methodical operation to destroy the will of the rioters. Military forces killed indiscriminately, with people even reporting that they were raping young girls who had been kidnapped from their villages. Estimates vary, but 60,000 deaths is the commonly attributed number, which equals a full fifth of the island’s population. In addition, around 70 percent of the villages on the island were burned to the ground 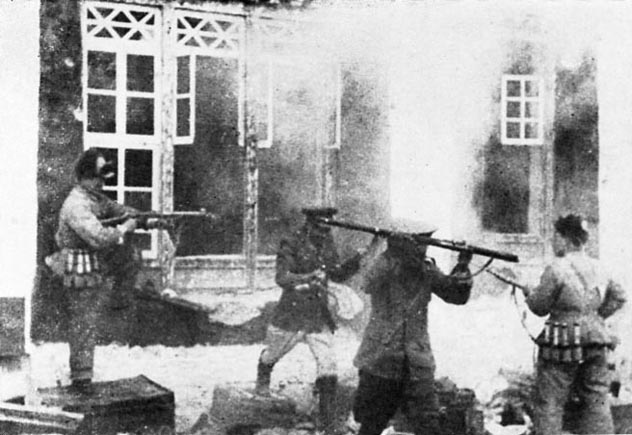 How it began: After Chinese forces seized control of Tibet in the years following World War II, constant disagreements over land rights and government programs began turning violent. The People’s Liberation Army of China was always in the public’s eye, a constant reminder of the government’s brutal mistreatment of the civilians of Tibet. When the Dalai Lama was invited to attend a theatrical performance in Chinese headquarters in early March of 1959, nearly 10,000 people surrounded the spiritual and political leader of Tibet, preventing him from going to what they felt was a trap. On March 10th, anti-Communist and anti-Chinese protestors took to the streets of Lhasa, the capital of Tibet. The Dalai Lama fled to India a few days later to avoid the inevitable Chinese backlash.

How it ended: Nine days later, the Chinese began shelling the Dalai Lama’s palace, Norbulingka, angering the entirety of Tibet. The rebels immediately began attacking, but were badly outnumbered and poorly trained. The riot only lasted for two days before the rebels fell to the Chinese. A vicious crackdown commenced, and nearly 86,000 Tibetans in total were killed during the period that followed the rebellion. 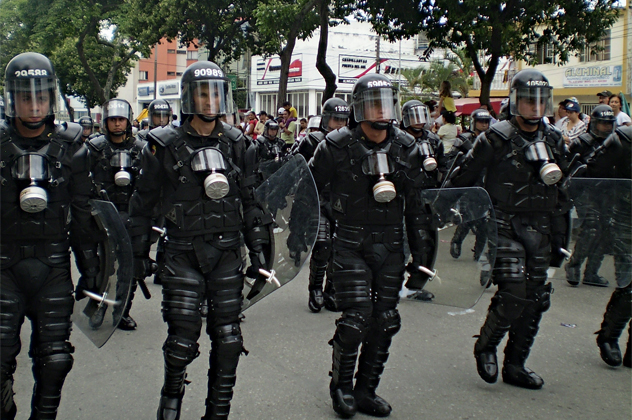 How it began: In 1948, popular Liberal Party presidential candidate Jorge Eliécer Gaitán was assassinated, provoking a series of riots known as the Bogotazo, which resulted in nearly 5,000 deaths in only 10 hours. Brutal oppression quickly followed, although sporadic rural rioting continued for years. When Conservative Laureano Gómez became president in 1950, Liberals faced the brunt of his government’s anger and, labeled as communists and other undesirables, they were systematically shut down. At its deadliest, the crackdown was responsible for over 1,000 deaths a month.

How it ended: General Gustavo Rojas Pinilla took power in 1953 and attempted to reverse the effects of La Violencia, but his promises went unfulfilled, continuing the rural populace’s anger. Economic problems resulting from a drastic fall in coffee prices ushered in his removal from office by a military junta. A civilian government was formed shortly after, and the sporadic rioting eventually drew to a close. During the whole tumultuous period, a total of 200,000 people died with a further 800,000 left injured. 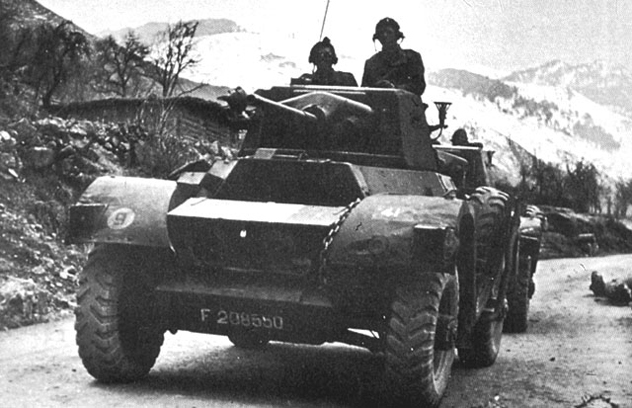 How it began: After almost 100 years of British rule, India won its independence in 1947, with the British deciding to create a new country (Pakistan) out of the land in the west, which had a large Muslim majority. Over 10 million people were uprooted and moved to either India or Pakistan, mostly dependent on their religious beliefs. Hurriedly erected due to fears of losing control of the population, the border between the two new countries was ill-thought and resulted in increasingly violent rioting; the areas of Punjab and Bengal were among the hardest hit of either country.

How it ended: Much of the violence can be seen as genocidal in nature, as pregnant women and children were often targeted, with genital mutilation a common occurrence on both sides. Religious extremism dominated the two countries throughout all of 1947, as it had in the years prior. This was one of the reasons the British had decided on creating a Muslim country and a Hindu country out of India. When the violence finally abated, as many as 1,000,000 had been killed.