Although women are often marginalized in history, they have played pivotal roles in a number of societies. Competing in a man’s world, some of these female rulers were fiercely protective of their power, even using murder to achieve their goals. Others were thoughtful rulers who built lasting legacies of cultural achievement. 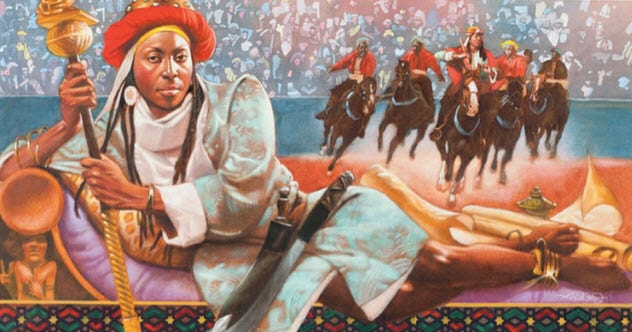 Most likely born in the 16th century, Amina was a fierce warrior, military leader, and quite possibly the ruler of Zazzau, now called Zaria, a Hausa kingdom which was located in modern-day Nigeria. The eldest daughter of an ancient king named Bakwa Turunku, Amina ascended to the throne and embarked on a number of military campaigns to expand her country’s territory.

Supposedly to keep her grasp on power, Amina never took a husband, opting to have temporary husbands for one night each. They usually came from her personal bodyguards and were killed the following morning to keep details of their sexual rendezvous a secret.

One night, obviously aware of the fate that awaited him, one of her lovers escaped. Amina chased him, drowning in a river as he got away. 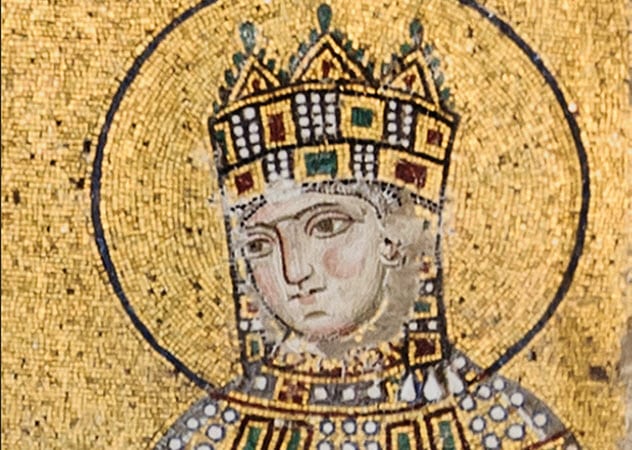 Four Byzantine emperors owed their coronations to Zoe Porphyrogenita (“born in the purple”), the second daughter of Constantine VIII. When Constantine died, Zoe was crowned empress along with her husband, Romanos III Argyros.

One day, Romanos drowned in a bathtub, a death in which Zoe and her lover, Michael IV, were rumored to be involved. Later that day, Zoe married Michael IV, a violation of the tradition of widows waiting a year to remarry. When Michael IV died, their adopted son, Michael V, assumed the throne. He took sole control of the empire by banishing Zoe.

A revolt followed because Zoe was extremely popular. She and her sister, Theodora, soon ruled together quite contentiously. For his actions, Michael V was later blinded and castrated.

Eventually growing tired of political life and her sister’s ambitions, Zoe took another husband, Constantine IX, whom she allowed to rule until her death in 1050. 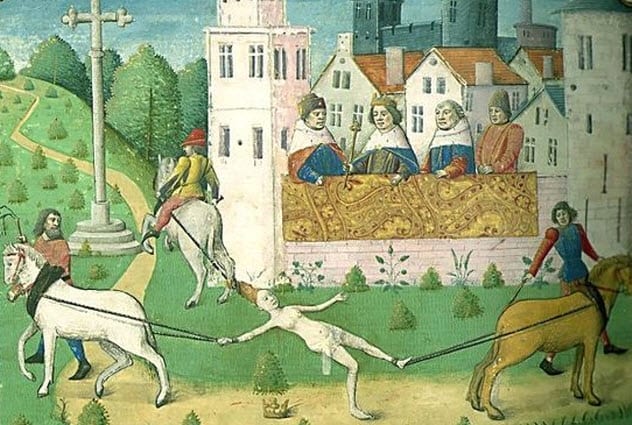 Born to the Visigoth king Athanagild, Brunhilda was married off to Sigebert I, the ruler of the Frankish kingdom of Austrasia. Her sister married Sigebert’s half brother, but she was soon murdered at the prompting of her husband’s mistress. Brunhilda made it her life’s work to avenge her sister.

Less than a decade later, war broke out between the two half brothers. However, Sigebert quickly met his end at the hands of an assassin and Brunhilda was imprisoned.

Eventually, she returned to power, seizing the regency in her son’s name. When he died relatively young, Brunhilda tried in vain to rule through her grandsons, who went to war when the elder grandson exiled her from his court.

Finally, she ruled for a short time through her great-grandson Sigebert II before being betrayed and killed by Chlothar II of Neustria. Chlothar had Brunhilda dragged to death by a horse. 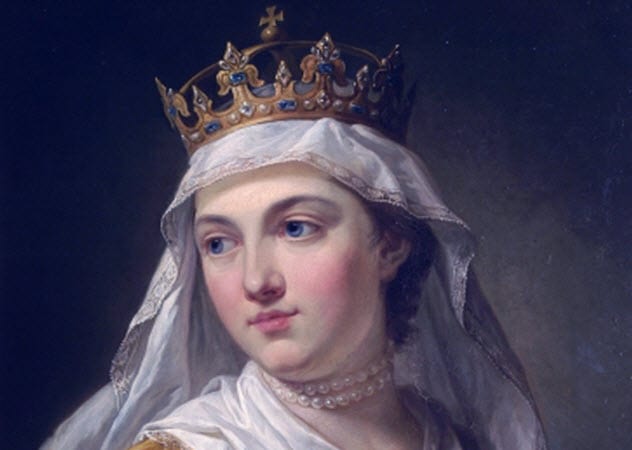 The first female monarch of Poland, Jadwiga (aka Hedwig) was the youngest daughter of Louis the Great, king of Hungary and Poland. After his death, her older sister, Maria, was named Louis’s successor to the Hungarian throne.

But Polish nobility was wary of Maria’s husband and his ties to the Holy Roman Empire. So they persuaded Jadwiga’s mother to choose Jadwiga to rule Poland even though she was only 10 at the time.

In 1384, Jadwiga traveled to Krakow, where she was crowned “king.” Though she was already betrothed to William of Habsburg, Polish nobility “encouraged” her to marry a man named Jogaila, who was the Grand Duke of Lithuania and a more politically expedient match.

Jadwiga continued to reign as coruler with her new husband, building a legacy as one of Poland’s greatest monarchs. She died at age 25 during childbirth. 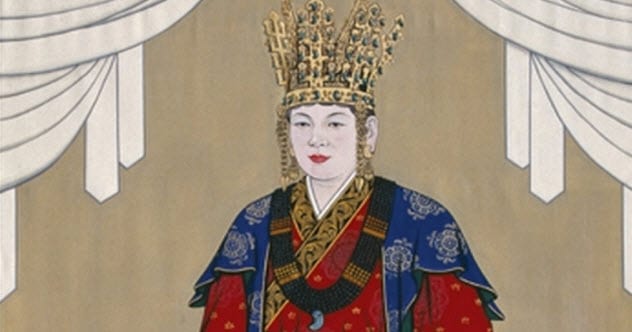 Queen Seondeok was the 27th ruler of Silla, one of the Three Kingdoms of Korea, as well as its first female monarch. Appointed to the throne because her father had no male heirs, Queen Seondeok quickly established herself as a thoughtful, intelligent, and just ruler.

Her prolonged desire for cultural advancement helped create a road map for the eventual unification of the Three Kingdoms. Queen Seondeok was also responsible for the construction of what is now the oldest surviving observatory in the world: Cheomseongdae.

One of the best-known stories of Queen Seondeok takes place when she was a child. Her father received a gift of peony seeds with a painting of peony blossoms. Queen Seondeok correctly deduced that the blossoms didn’t have a scent because no butterflies were flying around them in the picture.

She was also said to have predicted the exact date of her death. 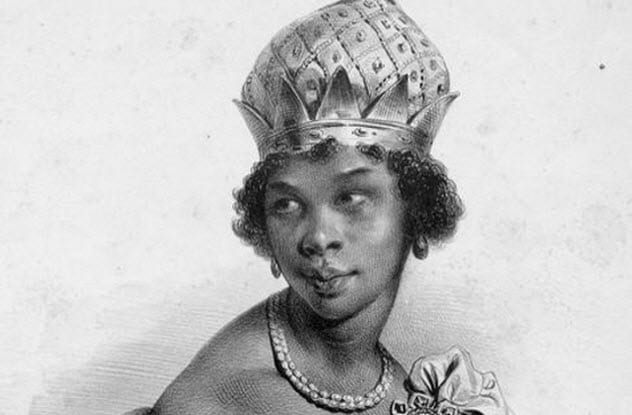 Ruling as regent for her nephew over what is now Angola, Queen Ana Nzinga waded through the difficult waters of the African slave trade era with the aplomb that has made her legacy endure to this day. Sandwiched between hostile neighbors, she formed an alliance with Portugal.

But Portugal soon betrayed her. Forced to flee with her people, Queen Ana Nzinga offered refuge for runaway slaves and trained militias in an effort to retake her land from the Portuguese.

After a lengthy war with the Portuguese, she eventually gave up on her hope of defeating them. Instead, she focused on raising the status of her new kingdom, Matamba.

When she finally died, Matamba was doing quite well commercially, enabling them to deal with Portugal on more equal footing. Perhaps her greatest legacy is that she may have been the first “slave” abolitionist. 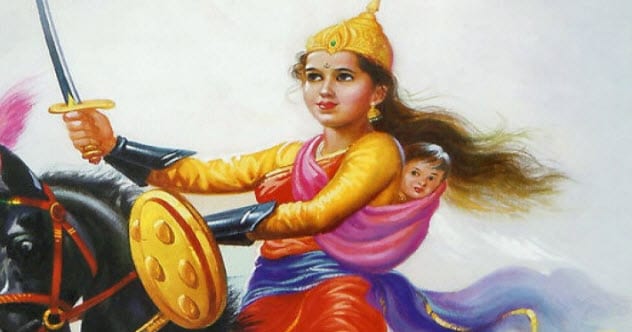 In her youth, Lakshmi Bai learned to fight, becoming proficient in a number of disciplines like martial arts and sword fighting. These traits served her well later in life when she ascended to the throne of Jhansi, a state in northern India.

She assumed the throne after her husband died, becoming the regent for their adopted son. However, the East India Company refused to recognize her son’s right to rule because he was adopted. So they annexed the state.

Refusing to cede her kingdom to the British, Lakshmi Bai assembled an army to revolt against the occupying forces. As the Indian Mutiny began, the 22-year-old queen personally led her soldiers, bravely fighting even as her forces were overwhelmed by the East India Company.

Eventually, after a number of defeats, Lakshmi Bai dressed up as a man and met her death during battle. 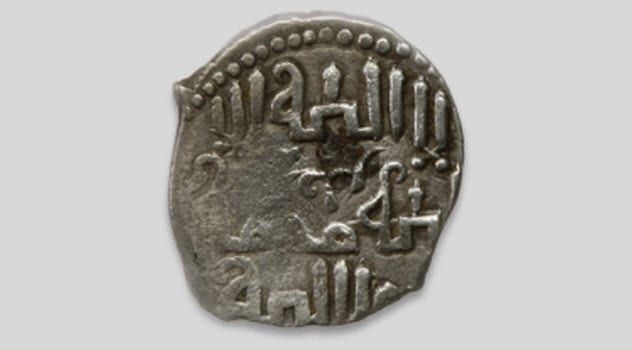 Wife of one Mongol ruler, Ogedei Khan, and mother of another ruler, Guyuk Khan, Toregene Khatun was also the ruler, the Great Khan, for a period of time herself. When her husband died, Toregene grabbed for power, using her political guile to build a consensus that she should rule to maintain stability until a new Great Khan could be chosen.

Though her reign was relatively peaceful, especially for a Mongol, Toregene worked to further her country’s cause by currying favor with a number of foreign dignitaries. Her nominee for the succeeding Great Khan was her son, Guyuk, who faced stiff opposition from a number of sources. He was finally elected after four tumultuous years. 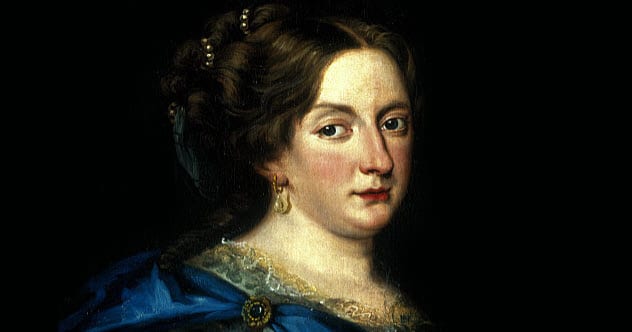 One of the most vivacious and well-educated women of the 17th century, Christina assumed the throne of Sweden at age six upon the death of her father, King Gustav II Adolph. However, she didn’t start ruling until she reached age 18.

Her refusal to marry was one of the main reasons for her unexpected abdication of the throne at age 27. Faced with an unhappy populace begging for a king and his heirs, Christina left the country, heading to Rome to enjoy the company of Pope Alexander VII and others. Her secret conversion to Roman Catholicism may have played a role in her abdication as well.

After trying unsuccessfully to obtain the throne of Poland, Christina settled down to a life of leisure and patronage of the arts. The Pope later described her as “a queen without a realm, a Christian without faith, and a woman without shame.” 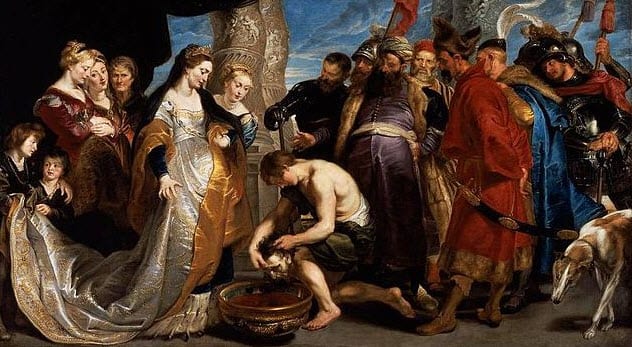 After her husband’s death, Tomyris became the queen of a tribe known as the Massagetae. Her greatest feat was defending her kingdom against the Persian king Cyrus the Great. Rebuffing his offer of marriage, Tomyris attempted to dissuade Cyrus from starting a war. She warned him: “Be content to rule your own people and try to endure the sight of me ruling mine.”

Nevertheless, the Persians invaded and Cyrus kidnapped her son, who later killed himself in captivity. The Persian king finally fell in battle against the Massagetae. Afterward, Tomyris was purported to have scoured the battlefield for Cyrus’s body, cut off the king’s head when she found him, and placed his head in a skin filled with human blood. 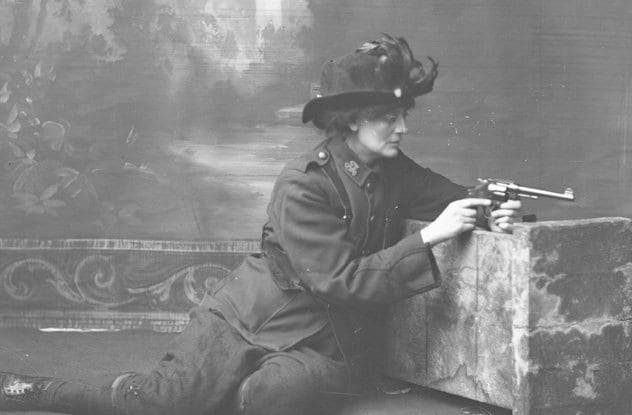 Women have played a fascinating role in history – from rulers to warriors and everything in between. Here are a few more fascinating but not too stereotypical tales of the fairer sex: