Some approaches to Biblical archaeology can be controversial: Rather than analyzing material evidence in an objective way, many archaeologists involved in this field have been accused of “forcing” the evidence to fit predetermined notions derived from a desire to “confirm” the veracity of the Bible. Archaeologists cannot “prove” that the Bible is “true;” all they can do is to uncover and interpret materials the best they can. Many of the discoveries they make seem to be consistent with Biblical accounts. 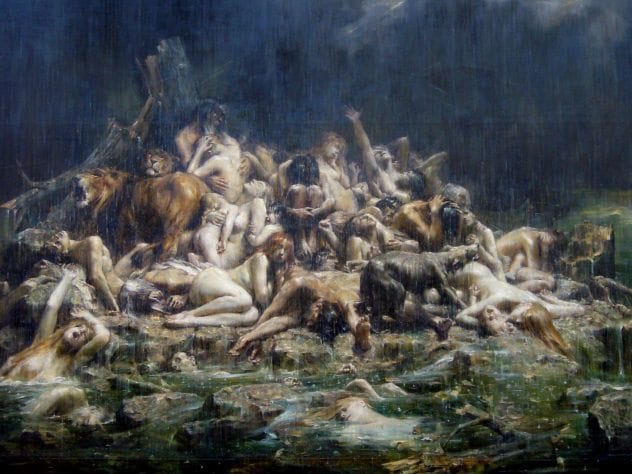 Many scholars have argued that the source of Biblical Flood story was most likely a great and destructive flood that affected the region of Mesopotamia. If so, then the proportions of such a flood were enhanced by the imagination of the authors of the story.

During the 1928–1929 excavation season in southern Mesopotamia (present-day Iraq), British archaeologist Leonard Woolley uncovered 3 meters (10 ft) of waterborne sediment in the ancient city of Ur. Woolley interpreted this as evidence of the biblical flood. The layer was dated to 4000 to 3500 BC. Similar evidence has been found at many other sites in the region, but not all of them are consistent with the dates of the layer found by Woolley.

Flooding in the Mesopotamian river basin was a frequent phenomenon. Although there is no archaeological evidence in favor of a flood of planetary proportions, there is general support for a catastrophic flood (or several) in Mesopotamia during the dawn of history. These floods could well be the inspiration for the many flood stories in the Mesopotamian tradition and also the Biblical Flood. 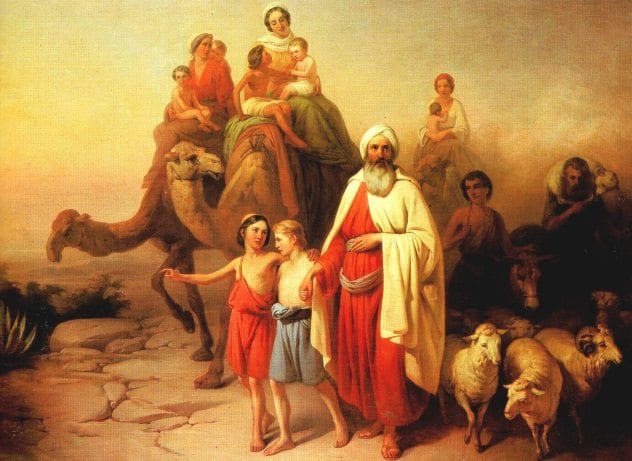 Abraham’s story begins with him and his family living in the Mesopotamian city of Ur, where he begins his journey to Canaan. In the second half of Genesis 11, we have a detailed account of Abraham’s family tree, mentioning dozens of names. During excavations at Mari, an ancient city on the Euphrates in present-day Syria, an impressive royal palace was discovered, which yielded thousands of inscribed tablets that were once part of a proud royal archive.

Modern estimations on Abraham’s chronology fall somewhere between 2000 and 1500 BC: The archive found at Mari was in use from around 2300 to 1760 BC, and the names on these tablets show that the names in Abraham’s genealogy were in use in this area during this time. This find does not confirm the validity of Abraham’s family tree, but it suggests that the story might not have been a purely fictional creation. 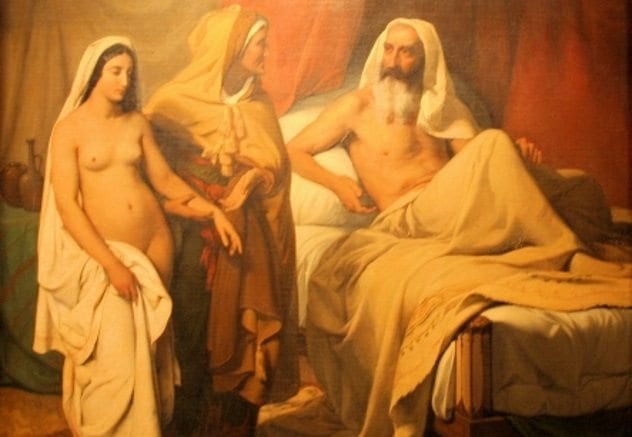 Genesis 16 tells us that Abraham’s wife, Sarai, could not bear children. She agreed that Abraham could take a second wife to beget a son: their Egyptian handmaiden named Hagar. This practice is attested to in many texts found by archaeologists. The Alalakh Texts (18th century BC) and even the Code of Hammurabi all agree that procuring a son in this way was an accepted custom.

The Nuzi Tablets are a group of texts particularly relevant to this episode. Dated to the second half of the 15th century BC, they were retrieved from an ancient Hurrian site in present-day Iraq. These texts mention that a sterile wife could provide a slave girl to her husband in order to beget a son. In ancient times, infertility was almost always attributed to sterile women; ancient sources rarely blame the man when it comes to this issue. 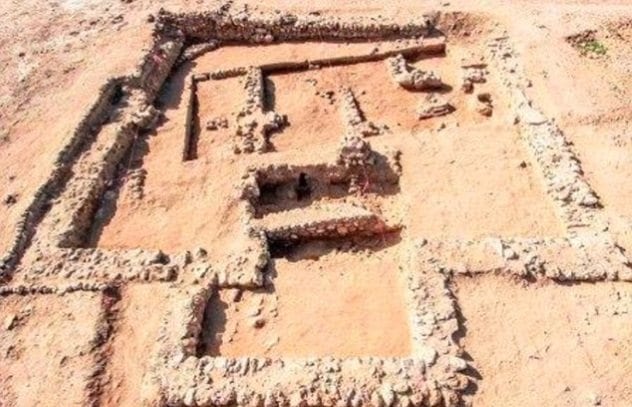 Genesis 19 describes the destruction of the cities of Sodom and Gomorrah as a result of the deviant behavior and sins of their inhabitants. A group of archaeologists believes they’ve uncovered the ruins of the ancient city of Sodom, located in Tall el Hammam, east of the Jordan river. The dates of the site are consistent with the early historical period of the Bible. The city is estimated to have been occupied between 3500 and 1540 BC.

The site is considerably larger compared to other sites in the region. Its location isn’t the only reason why it seems to be the ancient city of Sodom. Archaeologists believe that the city was abandoned suddenly toward the end of the Middle Bronze Age, which fits the Biblical picture of Sodom being suddenly destroyed. 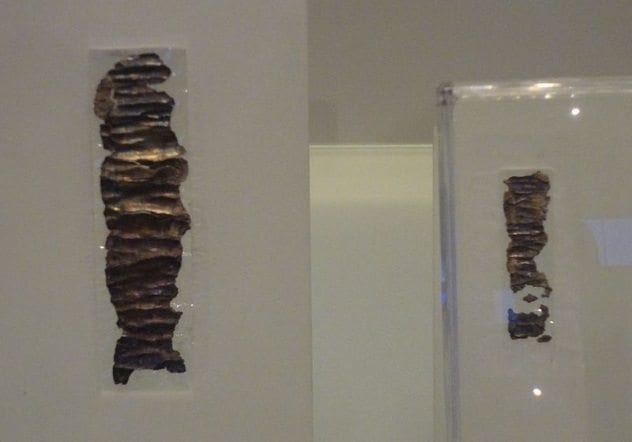 The Ketef Hinnom site is composed of a series of rock-hewn burial chambers, located southwest of Jerusalem’s Old City, on the road to Bethlehem. In 1979, archaeologists made an important discovery: two silver plates rolled together with text written on them in Old Hebrew. These items are believed to have been used as amulets and were dated to the seventh century BC.

The texts on these amulets are a passage of the Hebrew Bible, Numbers 6: 24-26. This is an important passage of the Book of Numbers known as the Priestly Benediction:

The LORD bless you and keep you; the LORD make his face shine upon you and be gracious to you; the LORD turn His face toward you and give you peace.

The inscriptions on the Ketef Hinnom Amulets, now displayed at the Israel Museum, are considered the oldest Biblical text yet discovered. 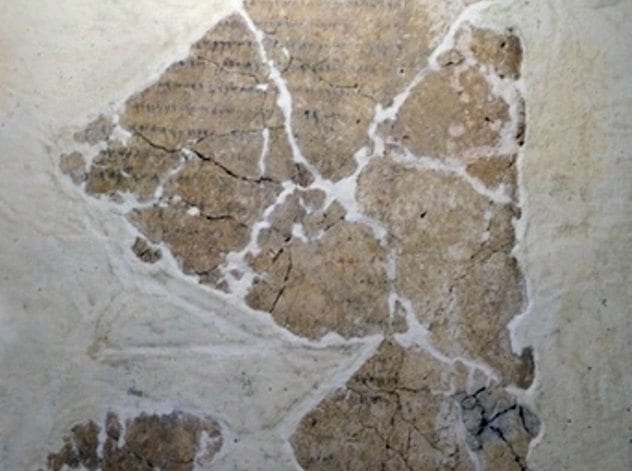 During the Exodus, the Israelites passed through the Sinai Peninsula into Transjordania and came in touch with the kingdoms of Edom and Moab. In Numbers 22, there is an account where the king of Moab, distressed by the presence of the Israelites, requests a prophet named Balaam to curse the people of Israel.

About 8 kilometers (5 mi) from the Jordan river, a late sanctuary dated to the Bronze Age was excavated. This site is known as Deir ‘Alla. An ancient Aramaic inscription has been retrieved from the site, containing the prophetic curse of Balaam.

The inscription describes a divine vision anticipating the destruction and punishment of the “Malevolent Gods.” It also employs the expression “Shaddai gods,” which resembles the Biblical El Shaddai, “God Almighty.” The title mentioned in the text reads, “The misfortunes of the Book of Balaam, son of Beor.” 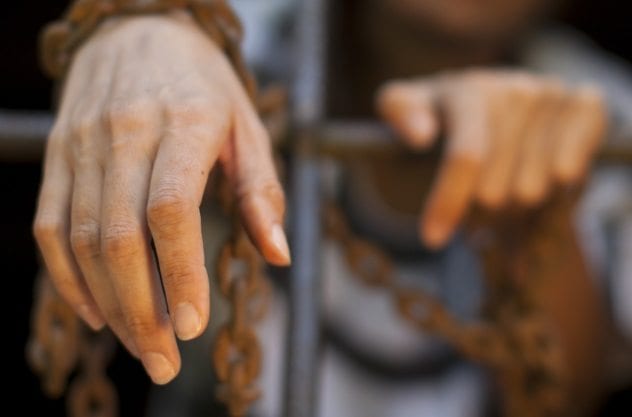 Samaria fell to the Assyrians in 722 BC. Assyrian records claim that King Sargon II captured 27,290 prisoners and took them into exile to different locations, including Halah and Habor and other places under Assyrian control.

This account is confirmed in 2 Kings 17.6 and further supported by material evidence. At these Mesopotamian sites, archaeologists have unearthed examples of ostraca (pottery fragments with writing on their surface) listing Israelite names. 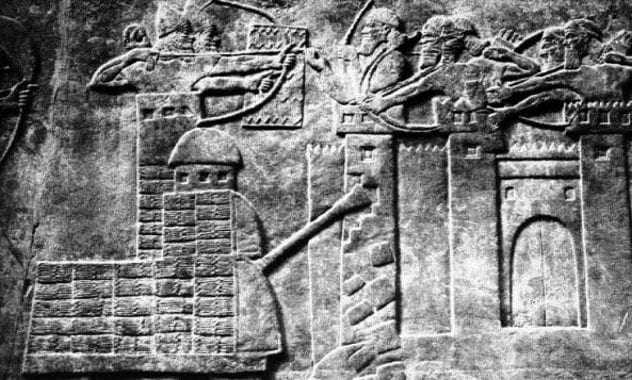 In 701 BC, the Assyrian king Sennacherib invaded Judah. Many cities fell to the invading army, including the southern city of Lachish mentioned in 2 Kings 18.13-17. After a siege, the city was captured by the Assyrians, and several archaeological finds are consistent with this event.

At the site of Lachish, archaeologists have uncovered arrowheads, a siege ramp, a counter-ramp, the crest of a helmet, and a chain used by the defenders against the siege ram. At the site of the ancient Assyrian city of Nineveh (northern Iraq), a relief sculpture depicting the capture of Lachish was retrieved from the palace of Sennacherib and is currently displayed in the British Museum.

2 End Of The Babylonian Exile 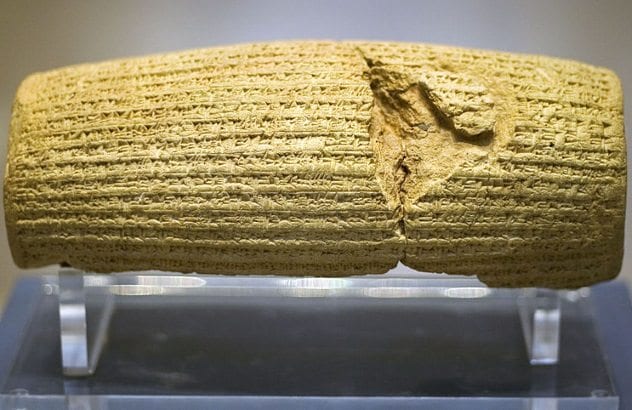 When the Persian ruler Cyrus the Great captured Babylon in 539 BC, he ordered the liberation of the Jews and other groups who remained in captivity. This historical episode is described in the Book of Ezra, and there are other historical documents consistent with Cyrus’s policy to allow many inhabitants of Babylon to return to their homeland.

One of the most famous of these documents is the Cyrus Cylinder, a small clay cylinder written in cuneiform script dated to the conquest of Cyrus, currently displayed at the British Museum. One of its passages reads:

I returned the images of the gods, who had resided there, to their places and I let them dwell in eternal abodes. I gathered all their inhabitants and returned to them their dwellings.

Other documents retrieved by archaeologists also contain many Jewish names from those families who chose to remain in Mesopotamia after they were set free. The Murashu texts, for example, list roughly 100 Jewish names who prospered in Mesopotamia shortly after the time of Cyrus. 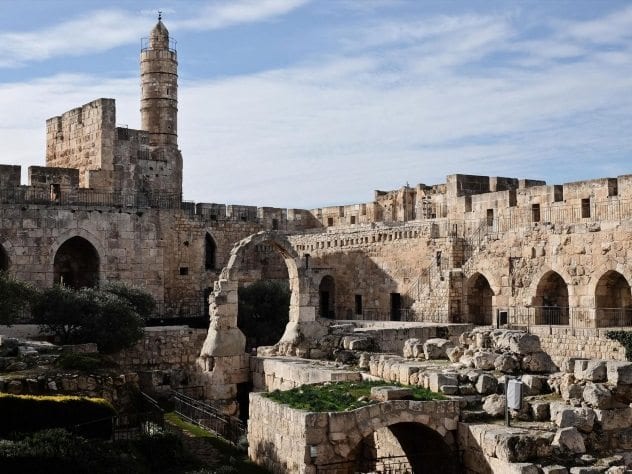 Traces of the ambitious building projects driven by Herod the Great have been found all over Palestine. The suspected remains of King Herod’s palace have been discovered during the excavation of an abandoned building in Jerusalem’s Old City, not far from the Tower of David Museum.

The significance of this find is that some archaeologists believe this was the setting of one of the most important chapters of the gospels. It is where the trial of Jesus took place and where the Roman procurator Pontius Pilate sentenced Jesus to death.