Ninjas: those silent, stealthy spies and assassins of Japan’s Sengoku era have captured the minds of people all over the globe. So much of them has been romanticized and idealized, but one mustn’t forget that ninjas once truly did exist. Due to the rather secretive nature of ninjas, very few official records of them were kept, and a lot of them are steeped in myth and legend (we’ve told you about those myths before). Although this is a list of “real life” ninjas, it is very much debatable whether or not some of them truly were ninjas and, in some cases, whether they actually existed at all. 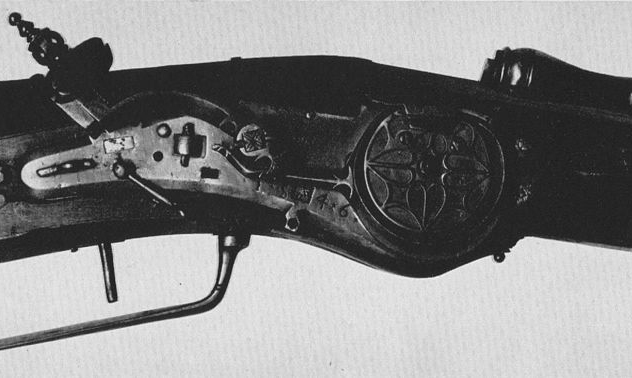 Kido Yazaemon was an Iga ninja born around 1539. He was apparently a master with the Tanegashima arquebus, a type of matchlock rifle: The fact that the arquebus was his weapon of choice would suggest that Yazaemon was an expert with explosives and specialized in teppo-jutsu, a sub category of katon-nojutsu, or fire techniques. Contrary to popular portrayal, firearms such as the arquebus were a favorite weapon of the ninja and were in fact employed regularly by them in their assassination attempts.

Yazaemon’s true claim to fame, however, would be how he attempted to assassinate Oda Nobunaga in 1579. This attempt, although ending up in failure, was still noteworthy enough to be recorded in the Iranki, a historical document on the Iga ninjas. As part of the operation, Yazaemon and two other ninjas fired at Nobunaga while he was inspecting the aftermath of his invasion. They missed Nobunaga and ended up killing seven of his companions instead. 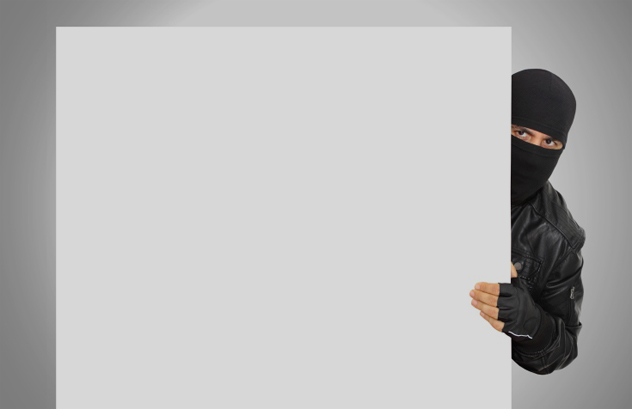 Kirigakure Saizo is most well known for the fictional ninja he was the inspiration for: Kirigakure Saizo, second-in-command of the Sanada Ten Braves under rival and friend Sarutobi Sasuke. As for the historical Kirigakure, according to historical records, an Iga ninja called “Kirigakure Saizo” (believed to be an alias used by another man named Kirigakure Shikaemon) once attempted an assassination against Toyotomi Hideyoshi by thrusting a spear through the floor beneath him.

The attempt failed and Kirigakure’s life was spared on condition that he swore loyalty to the Toyotomi clan. In fact, there are some sources that suggest that Saizo was a “careless ninja” who was merely spying on Hideyoshi when he was caught. And yet, as a result of getting caught, he ended up thwarting an actual assassination attempt on Hideyoshi by double agent Yusuke Takiguchi. This was the reason his life was spared on condition of declaring loyalty to Hideyoshi. 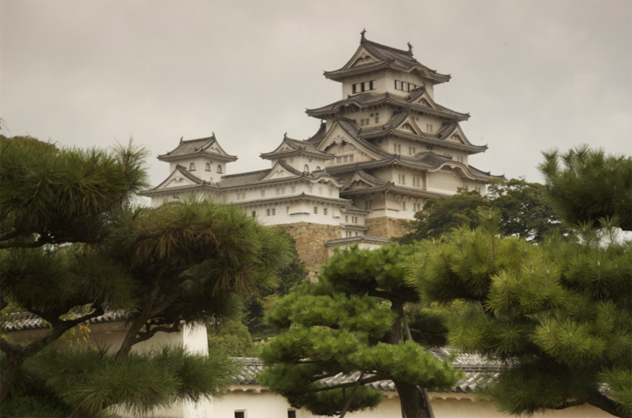 Tomo Sukesada was a jonin (master ninja) of the Koga and the head of the Tomo Ryu tradition. In 1562, Tokugawa Ieyasu, working for Oda Nobunaga, was mopping up the remainders of the Imagawa clan following their defeat at the Battle of Okehazama two years earlier. Not willing to give up yet, the Imagawa clan had holed up at Kaminogou castle—located at a highly strategic location over a precipice—under the command of Udono Nagamochi, a general of the Imagawa.

Taking the castle was going to be difficult for Ieyasu, especially since the Imagawa had taken some of his family as hostages. To that end, Ieyasu hired 80 Koga ninjas led by Sukesada to infiltrate the Imagawa’s castle. Working together with Hattori Hanzo, Sukesada and his 80 Koga ninjas infiltrated the castle, set its towers on fire, and killed 200 of the garrison, including the general. This incident is narrated in detail in the Mikawa Go Fudoki. 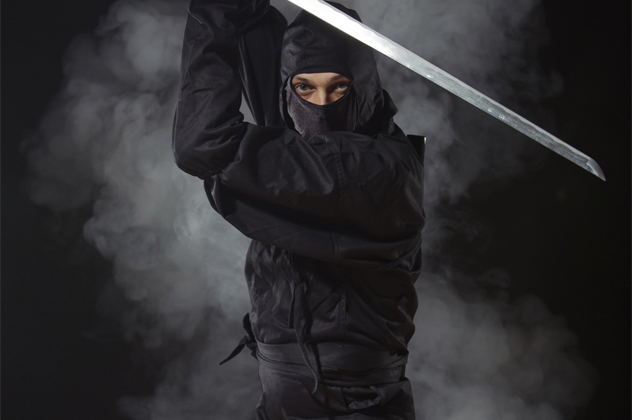 According to legend, Fujibayashi Nagato was one of the three greatest jonin of the Iga, along with Momochi Sandayu and Hattori Hanzo. He was also the co-head of the Iga ninjas, along with Momochi Sandayu. Other than that, not much is known about him. In 1581, Oda Nobunaga launched a vicious invasion of the Iga province known as the Tensho Iga War, which decimated the Iga and Koga ninja clans. Survivors went into the service of Tokugawa Ieyasu, and Nagato was killed in the invasion.

Despite how little we know about his life, however, Nagato did in fact leave behind an important legacy: His descendants would eventually compile the ninjutsu knowledge he left behind to create the Bansenshukai. The Bansenshukai is a multi-volume compilation of the “secrets” and techniques of the ninja as written by the Fujibayashi clan—a lot of the information we have about ninjas today come from this compilation. 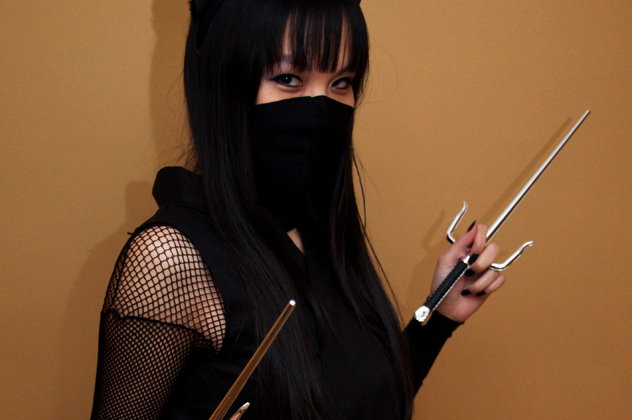 Mochizuki Chiyome is quite possibly the most famous kunoichi (female ninja) of all. She was a noblewoman, the wife of samurai warlord Mochizuki Nobumasa, and rumored to be originally from the Koga ninja clan. Sometime during the 16th century, her husband was away at war and Chiyome was left in the care of her husband’s uncle, famed daimyo Takeda Shingen. Shingen approached Chiyome and gave her a mission to recruit women and train them as an underground network of female espionage operatives.

Chiyome set up headquarters at Nazu village in the Shinshu region and recruited up to 300 young women—mostly orphans, former prostitutes, and war victims. While most locals believed that Chiyome was running an unofficial orphanage for victimized girls, Chiyome was in truth training them to be part of her elaborate espionage network. Trained to utilize disguises such as miko (Shinto shrine priestess), prostitutes, or geisha for purposes of espionage or assassination, Chiyome’s kunoichi network served Shingen for years until his mysterious death in 1573. 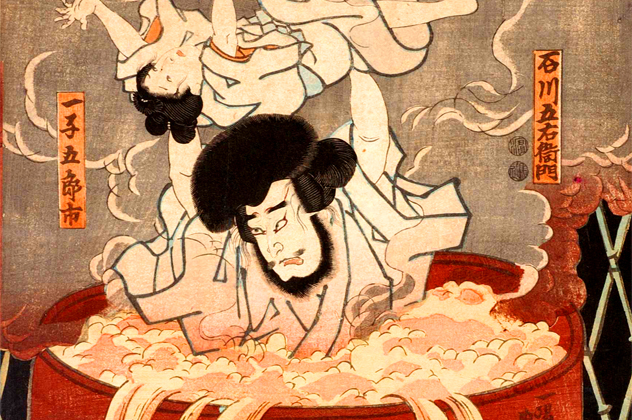 Although neither the Iga nor the Koga would accept him as one of them, no list of real-life ninjas would ever be complete without Ishikawa Goemon. Born in 1558, Ishikawa Goemon was an outlaw who stole from the rich and gave to the poor—Japan’s version of Robin Hood. Although there is no factual verification, according to legend, Goemon was originally a genin (ninja apprentice) of the Iga under Sandayu Mochizuki before becoming a nukenin (runaway ninja).

He became the leader of a group of bandits in Kansai and continuously robbed rich feudal lords, clerics, and merchants and would share that wealth with oppressed peasants. Supposedly he was caught after a failed assassination attempt on Toyotomi Hideyoshi and was publicly boiled alive in 1594. Legend tells how he held his young son over his head while being boiled, although there are conflicting accounts on whether his son survived or not. 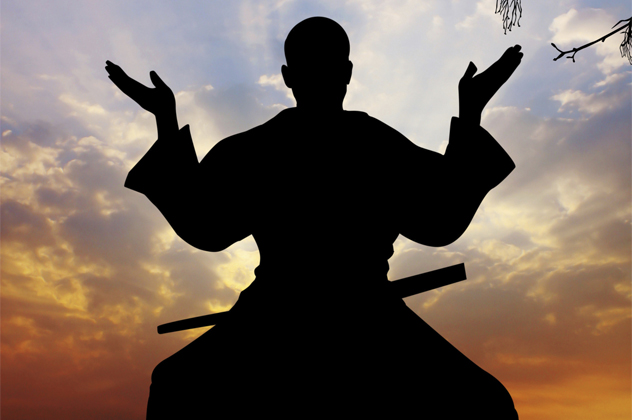 Ishikawa Goemon, from the previous entry, was allegedly the student of Momochi Sandayu before going nukenin. Momochi Sandayu was one of the founders of Iga Ryu Ninjutsu, and is considered to be one of the three greatest Iga jonin, the other two being Hattori Hanzo and Fujibayashi Nagato. Sandayu’s real name was Momchi Tanbe Yasumitsu, though some sources suggest they were separate people. Other sources claim that Sandayu and Fujibayashi Nagato were actually one and the same person.

No matter who Momochi really was, he was believed to have been killed in 1581 when Oda Nobunaga invaded the Iga province in the Tensho Iga War, which almost completely wiped out the Iga and Koga ninjas. One of the ways Sandayu operated was to maintain three different houses, with a different wife and family at each one. When things would get difficult for him, he would just move to another of his houses and assume a different identity. 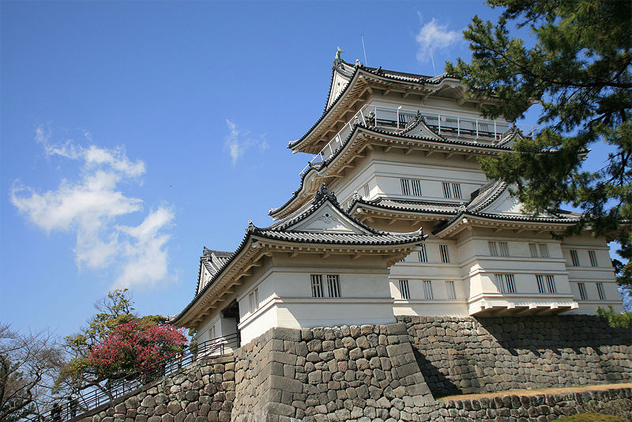 The Fuma clan is unique among ninjas in that it developed independently from the Iga and Koga in service to the Hojo clan in Odawara. Jonin Fuma Kotaro was the clan’s fifth generation leader and their most famous. At that time, the Fuma was a band of 200 rappa (battle disrupters) working as brigands, pirates, and thieves in service of the Hojo. In 1580, Takeda Shigen’s son Katsuyori attacked the Hojo at Odawara Castle.

During the night, Kotaro and his men covertly infiltrated the Takeda camp and caused so much disruption and chaos that Takeda men started killing each other in the confusion. In 1590, the Hojo were defeated by Toyotomi Hideyoshi and the Fuma were reduced to common bandits. A popular (though most likely false) story is that in 1596, Kotaro assassinated Hattori Hanzo but was then betrayed by former Takeda ninja Kosaka Jinnai, and finally beheaded by order of Tokugawa Ieyasu in 1603. 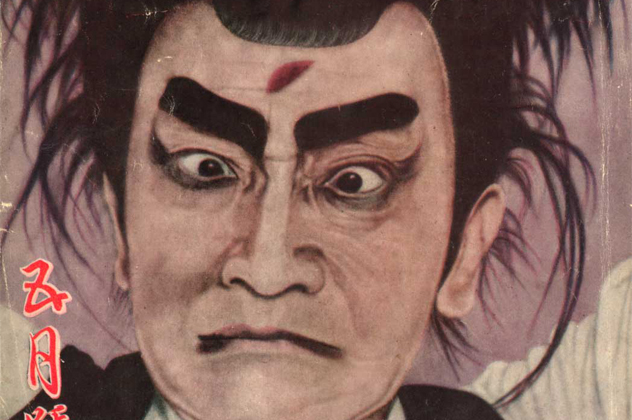 In many ways, Kato Danzo was the ninja who popularized the notion that ninjas held supernatural powers. Danzo was an illusionist who many believed was an actual sorcerer. His tricks included swallowing a bull in front of crowds, causing seeds to sprout and flower the instant they were thrown, and even flying—giving him the nickname Tobi Kato (flying Kato). Today. researchers believe that he must’ve been a master of hypnosis, even though there is nothing to verify this.

Either way, Kato’s reputation eventually caught the attention of Uesugi Kenshin, who decided to test the ninja’s abilities. He challenged Danzo to steal a prized naginata (sword) from one of his vassals, Naoe Kanetsugu. Not only did Danzo successfully infiltrate the heavily guarded castle and retrieve the blade, but he also captured a servant girl as well. Impressed, Kenshin brought Danzo into his service, but Danzo eventually became unwelcome, either because Kanetsugu was plotting against him or because Kenshin had grown suspicious of him. Ultimately, Danzo defected to Kenshin’s rival, Takeda Shingen, but this proved to be costly when Shingen suspected that he was a double agent and ordered that he be killed. Danzo was beheaded in 1569. 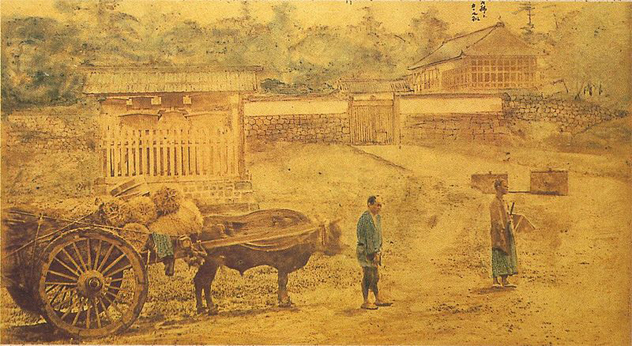 Hattori Hanzo is probably the most famous ninja of all. He was a vassal and samurai in the service of Tokugawa Ieyasu, and was a major driving force in Ieyasu becoming the shogun and ruler of all Japan. Growing up in Inga, Hanzo first distinguished himself in battles throughout the 1570s. His most famous act came in 1582: When Oda Nobunaga was killed following the betrayal by one of his vassals, Akechi Mitsuhide, Tokugawa Ieyasu was suddenly thrust into a highly dangerous position in close proximity to Mitsuhide. To facilitate Ieyasu’s passage through the Iga province to the safety of the Mikawa province, Hanzo brought together his fellow Iga ninjas—along with their former rivals, the Koga clan—to escort Ieyasu to safety.

There are also some sources that say that Hanzo helped rescue Ieyasu’s captured family. A master spear-fighter and tactician, Hanzo served the Tokugawas loyally all of his life. Under his leadership, the Iga ninjas became the palace guard of the Tokugawa shogunate at Edo castle, eventually becoming the shogunate’s covert agency under the name Oniwabanshu. After Hanzo’s death in 1596, his successor would take the name “Hattori Hanzo” for himself, a practice which became a tradition of the Iga leaders and perpetuated a myth that Hattori Hanzo was immortal.

Hello, my name is Eric C. Riley and I am an aspiring writer who’s half Japanese and grew up in Japan. I really hope that my writing can entertain everybody. If anybody is curious, some of the stuff I’ve written can be read at ecriley.hubpages.com.