Imagine a war that lasted 335 years but yielded no human losses and caused no bloodshed. Or people wearing cheap, colorful flour sacks during the Great Depression because the colors meant they were still dressing somewhat fashionably. And what about the king who believed his body was made of glass and refused to move for hours on end?

History is littered with strange tales like these. On this list are 10 more stories that reflect just how weird (and sometimes scary) things could get way back in the day.

During World War II, several pilots noticed that a thundercloud formed almost every afternoon on the Tiwi Islands in the Northern Territory of Australia. This cumulonimbus cloud was visible regularly from September to March. In fact, it was so reliable that it became a navigational beacon for both pilots and mariners. It was even given a name: Hector.[1]

Hector (aka Hector the Convector) remains to this day. It faithfully forms around the islands almost daily at approximately 3:00 PM. The Tiwi Islands are the ideal location for this regular cloud formation. As the sea breezes blow onto the islands, their topography ensures that the air currents are sent upward where moisture is pulled into the upper atmosphere. This ripens conditions for a thunderstorm.

Currently, Hector is one of the most observed storm formations. People travel from all around the world to study this phenomenon. 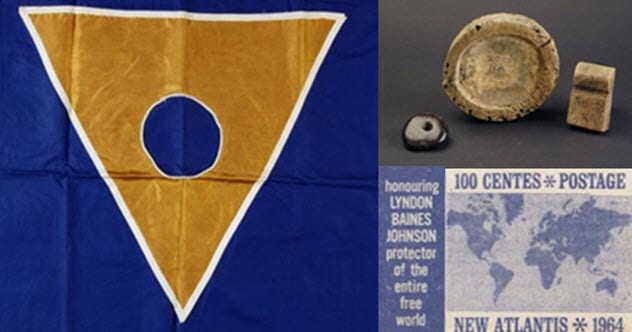 In 1964, Ernest Hemingway’s younger brother, Leicester, told The Washington Post: “There’s no law that says you can’t start your own country.”

Which is exactly what he did on July 4, 1964. He created an “island” named New Atlantis by anchoring a bamboo raft to a Ford engine block in 15 meters (50 ft) of water. The island lay on a shallow ocean bank 13 kilometers (8 mi) southwest of Jamaica.

Leicester proceeded to tell the media that he had taken possession of one-half of the island on behalf of the US government under the authority of the US Guano Islands Act of 1856. At that point, guano was valued as a commercial fertilizer. Western nations tried to overrun one another to claim areas that had guano deposits. The remaining half of the island was to be used for the population of New Atlantis.[2]

By February 1965, Leicester had been voted president of the island by a whopping seven voters (all chosen by Leicester himself). New Atlantis sported a brand-new national flag sewn by Leicester’s wife. The island residents busied themselves by issuing postage stamps. The micro nation even had its own constitution, which was copied from the US Constitution. The only difference: The words “United States” were replaced by “New Atlantis.”

Leicester planned to use the profits from the stamps to fund the International Marine Research Society. But the Universal Postal Union threw a spanner in the works when they refused to recognize the legitimacy of the stamps.

Leicester’s dream of owning his own country didn’t last long. A few years after its founding, New Atlantis sank into the sea during a terrible storm. 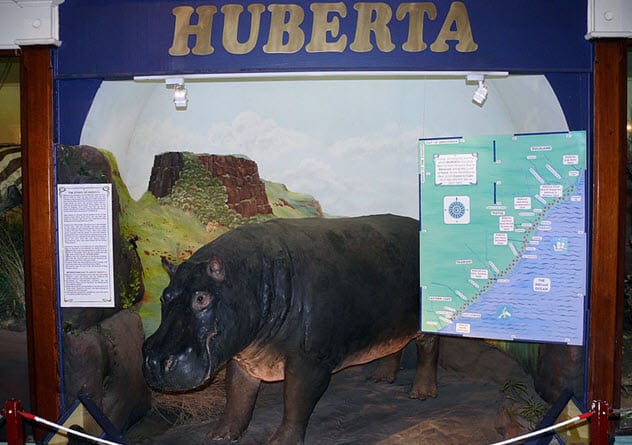 Huberta’s progress was tracked by the press, and she became a bit of a celebrity, attracting crowds wherever she was spotted. She brought a little joy to those suffering through the beginning of the Great Depression and even visited a beach, a theater, and a country club. Huberta was fed sugarcane and fruit by those who dared to approach her.[3]

The happy hippo was declared “royal game” after a failed attempt to capture her. This was meant to ensure her protection against hunters. Sadly, however, she was shot and killed by farmers a month after arriving in East London.

The public protested the farmers’ actions. They were eventually arrested, and each was fined £25. Huberta’s body was sent to a London taxidermist and welcomed back home by thousands of people when she was returned to South Africa in 1932. 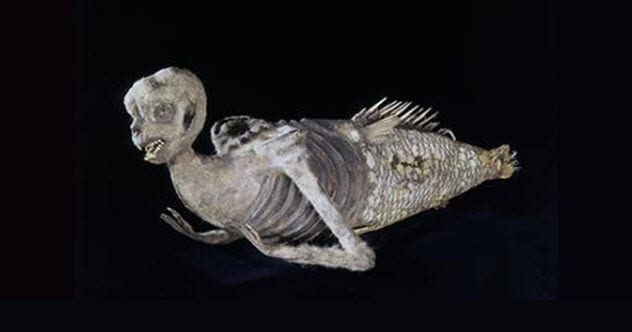 During the 19th century, several creatures were put on display in a number of exhibitions. The owners claimed that these creatures were mermaids. P.T. Barnum was not about to be left out of the action and set up his own exhibition. It featured the Feejee Mermaid, which he supposedly rented from his friend Moses Kimball.

The mermaid was constructed from the upper body of an ape sewn to the tail of a fish. Most believe that it was an orangutan and a salmon. In his autobiography, Barnum described the creature as ugly and dried up. He also said that its mouth was frozen in an open scream with its arms thrown up in the air.[4]

Barnum’s exhibition—and the mermaid in particular—proved to be hugely popular and caused quite the “mermaid fever” wherever it was displayed. It traveled through New York and London, but by 1859, the whereabouts of the mermaid were unknown.

A mermaid was gifted to the Peabody Museum after Kimball’s Boston Museum burned down around 1899. (Some sources say the gift was made in 1897.) But it remains unconfirmed whether it is the P.T. Barnum exhibition mermaid. 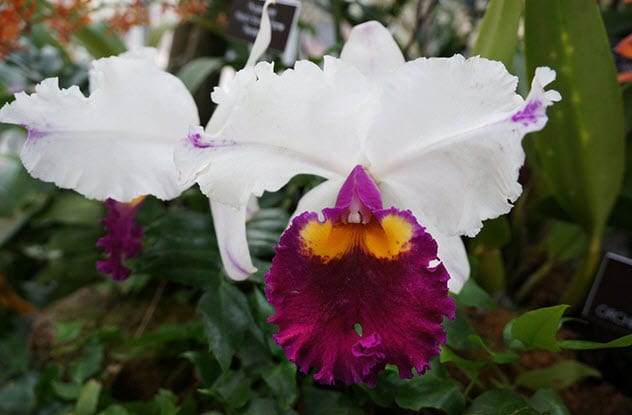 In the 1800s, orchids caused an ongoing craze among the elite. The rich collected the flowers and paid thousands of dollars for exotic varieties. The phenomenon was dubbed “orchidelirium.”

Fanatics paid explorers top dollar to travel to just about every corner of the globe in search of undiscovered orchid varieties. The explorers spread misinformation about the locations of any new flowers to throw other searchers off the scent, so to speak.[5]

In modern times, some orchid species are endangered and collecting wild orchids has been banned. 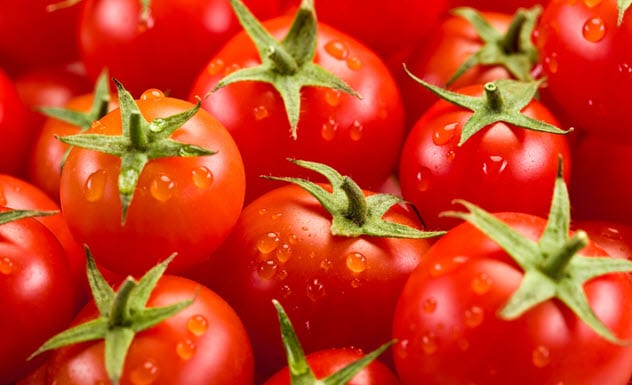 The Salem witch trials are well known, but have you heard of the Salem tomato trial?

In the early 1800s, tomatoes were put on trial in Salem, New Jersey, because they were believed to be poisonous. But people had been looking askance at the fruit since the 1500s. Back then, the tomato was thought to be a “sinful” food due to its ability to act as a mild aphrodisiac.[6]

The tomato trial commenced in 1820 with only one person in Salem refusing to believe that the fruit was guilty of being poisonous. Colonel Robert Gibbon Johnson introduced tomato-growing competitions to coax residents to be less afraid of the fruit, but they wouldn’t bite. Johnson also ate tomatoes on a regular basis, and the general public thought him insane.

Feeling annoyed by the trial and the unnecessary fear caused by tomatoes, Johnson walked to the front of the courthouse carrying a basket filled with them. He proceeded to eat all the tomatoes in full view of the crowd gathered there. Contrary to expectation, he didn’t keel over and die on the spot.

This led to the exoneration of the humble tomato. Eventually, it was grown in millions of gardens around the world and served with a multitude of meals on a daily basis. 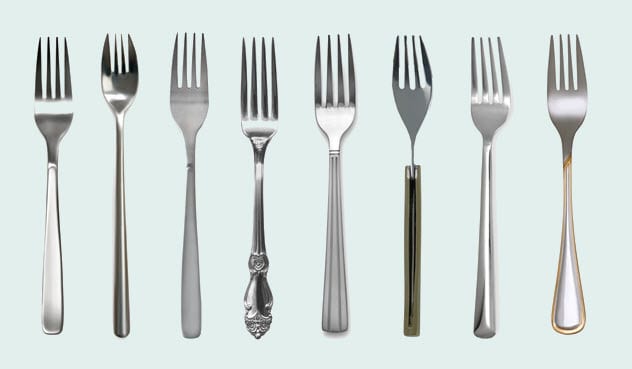 In the 11th century, a Byzantine princess packed up a bunch of forks with the intent of using them in her husband’s Venetian household. As the couple was newly married, it seems the young woman didn’t understand how rude it was to bring forks into her new home. (It was widely considered to be sacrilegious.)

At the time, it was impolite to eat with anything other than your fingers. When the princess died soon after settling into the house, the consensus was that she had received her due because she had insulted her husband’s household. Another version of the tale says that the princess used a golden fork at her wedding reception and died of the plague soon afterward.[7]

Until the 16th century, it remained customary to eat with one’s hands or, if need be, a knife to pick up certain foods. Forks were very slowly accepted. Eventually, pointy knives were banned from dinner tables because they proved to be easy weapons when arguments erupted. 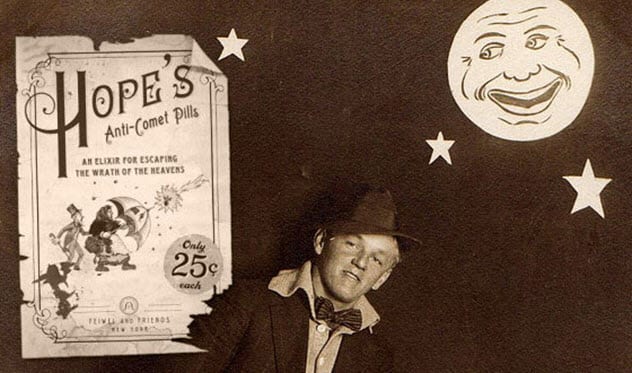 As Halley’s Comet approached Earth on May 6, 1910, England’s King Edward VII died. The superstitious gasped and clutched their collars for surely the comet had brought death upon their king. While the French blamed Halley for the Seine flooding, the Brits took the comet’s journey as a sign that the Germans would soon invade their country’s borders.

The comet was due to swoop past Earth on May 19, 1910. A few months earlier, astronomer Camille Flammarion had theorized that Halley’s tail carried cyanogen gas which would infiltrate the atmosphere and kill all life on the planet.

Although most astronomers did not agree with that, panic ensued. Naturally, fraudsters took full advantage of this opportunity and began hawking “anti-comet pills” to the nervous public.[8]

Two men from Texas were caught selling sugar pills at ridiculous prices. Although they were arrested, they were soon released after their customers started rioting. In addition to massive demand for these “anti-comet pills,” those selling gas masks were also making a small fortune when masks started flying off the shelves.

When disaster was averted after Halley passed by Earth, people danced in the street as they were much relieved to be alive. 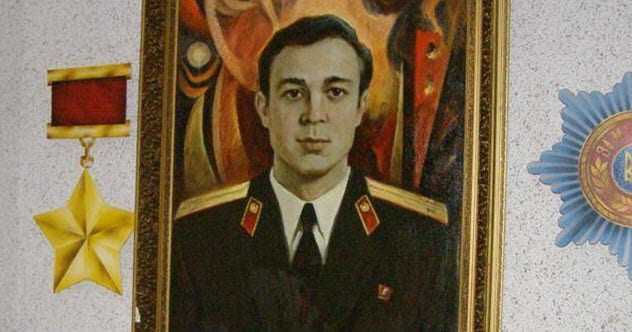 The Chernobyl disaster took place on April 26, 1986. It is still considered to be the worst nuclear disaster in history. A flawed reactor design operated by inadequately trained staff resulted in a massive explosion and subsequent fires that killed 31 people and led to the evacuation of around 350,000 others. Due to the radiation aftermath, it was predicted in 2005 that a further 4,000 people might die due to exposure.

At the scene, firefighters crawled into the radioactive wreck that was the Chernobyl nuclear reactor to try to prevent the fires from spreading further. Over the next few weeks, 28 firefighters died.

The radiation exposure had affected them to such an extent that their skin started peeling off. Firefighter Volodymyr Pavlovych Pravyk saw his dark brown eyes turn bright blue. He died 15 days after the disaster, and it is alleged that he was buried in a sealed zinc coffin.[9]

The Holocaust will forever be remembered as one of the darkest and most horrific periods in history. Millions of people—including European Jews, the mentally challenged, the Romani, and those who identified as being homosexual—were murdered by order of Nazi leader Adolf Hitler.

In 1946, a group of Jewish survivors, who called themselves “Nakam” (“The Avengers”), devised a plan to exact revenge on Germany. They were going to kill at least six million Germans by introducing poison to the country’s water supply. The group also planned to poison bread loaves to kill as many SS officers as possible.[10]

Their plan was ultimately foiled, but The Avengers never regretted plotting their revenge upon Germany. In fact, most wished that their plan had worked.