We probably all hope to say something profound with our last words, but you can only prepare something to say when you see your death coming in advance. Murderers on death row therefore have an opportunity that most of us lack. Some use it to send weighty final messages. Others decide to end their life on a joke. 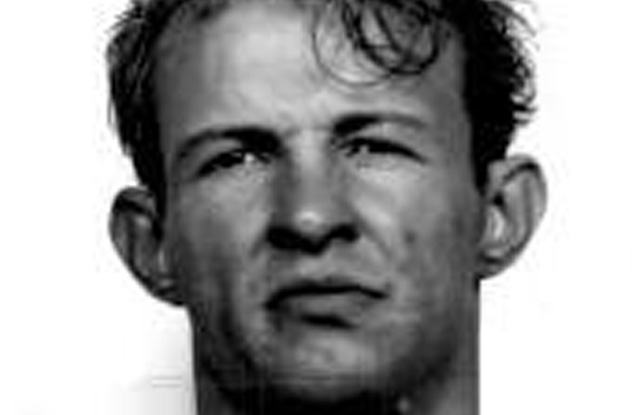 Clarence Lackey abducted, raped, and slit the throat of Toni Diane Kumpf in 1977. He spent 17 years on death row, and his appeals attracted media attention for his defense’s unusual claim that execution violated the Constitution’s provision against cruel and unusual punishment. The intended punishment, apparently, was “grossly out of proportion” to his isolated act.

That argument was unsuccessful, and he was taken to the death chamber on May 20, 1997. He ate a last meal of steak, fries, and chocolate ice cream, and requested that two ministers be present. He thanked Jesus Christ just before he died. The victim’s father said, “That pleased me very much, it really did. At least he had religion.” 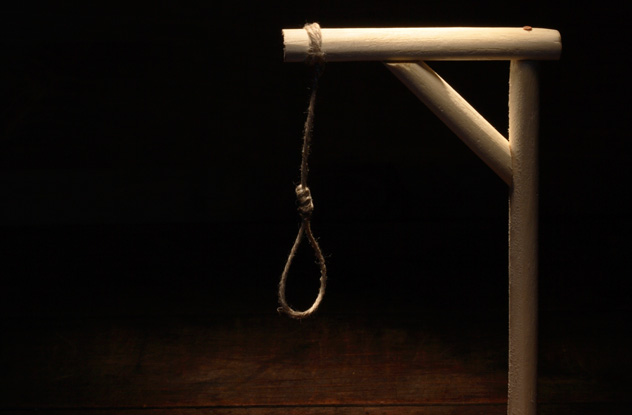 One of the more upsetting quotes on this list came from the mouth of a child sentenced to hang in 1831 as public entertainment, which was a tradition in Britain for hundreds of years. Such hangings were both a violent display of state power and a cheap family outing. Before the Children’s Act of 1908, it was still perfectly legal for a child to be tried in an adult court, where execution was possible.

A penniless street urchin who murdered a 13-year-old boy for nine shillings, John Amy Bell became the last person under 16 to be executed in Britain. He was also the youngest, at the age of 14, to ever be executed at Maidstone Prison, where 5,000 people heard his last words. His short speech was chilling but laced with self-damnation and honest piety. “Lord have mercy on us. All people before me, take warning by me.” 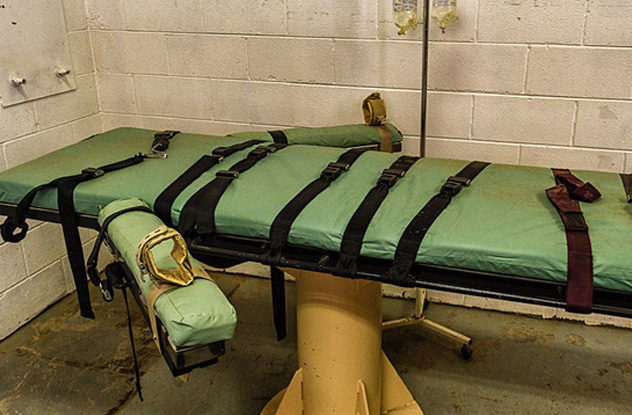 Zeitvogel spent 22 of his 40 years in various Missouri prisons for offenses ranging from armed robbery to rape. These crimes earned him his initial prison sentence at the tender age of 18, which was then extended to life when he murdered an inmate.

His death sentence, however, came as a result of killing a second prison inmate while still serving time for the first murder. Zeitvogel confessed to this second murder, hoping to be placed on death row with his friend and suspected lover Frank J. Guinan. Guinan had acted as Zeitvogel’s accomplice in the first of his two murders.

Zeitvogel got his wish, was indeed placed on death row, and was executed by lethal injection on December 11, 1996. His last words were surprising, given his somber and dark life up to that point. They were: “Keep the faith and rock on.” 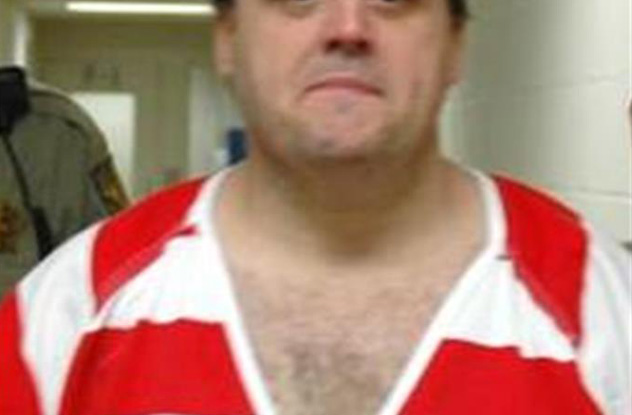 Patrick Bryan Knight was convicted of a double murder in 1991 and was sentenced to death on June 26, 2007. In the months prior to his execution, he claimed that his last words were going to be a joke. He encouraged fellow inmates to vote on which one he should tell, but he wouldn’t tell the guards their choice.

Knight claimed that this exercise was to raise the spirits of his fellow inmates. He even had a website called “Dead Man Laughing” where the public joined in a controversial contest, offering suggestions for the doomed man’s last words. It attracted more than 1,300 posts.

The winner of this slightly twisted competition? No one, apparently. Instead of sharing any of the submitted wisecracks, he began crying and listed several names of inmates on death row who he claimed were innocent. “Not all of us are innocent, but those are,” he said. “I said I was going to tell a joke. Death has set me free. That’s the biggest joke. I deserve this.” Then he added: “And the other joke is that I am not Patrick Bryan Knight and y’all can’t stop this execution now. Go ahead, I’m finished.”’

(Fingerprints proved that he was indeed Patrick Bryan Knight.)

Mary Blandy was described posthumously as a “spinster/murderer”—Georgian society probably couldn’t decide which was worse. She was engaged to a minor Earl, Captain William Henry Cranstoun, but her father Francis had disapproved of the match due to small fact that the Earl was already married. So Mary’s suitor gave her a supposed love potion to slip to her father to change his mind. It’s unclear whether Mary was aware that the liquid contained deadly arsenic.

The woman maintained her humor to the last. As she approached the gallows, wearing a loose, billowing skirt, she said, “For the sake of decency, gentlemen, do not hang me high.” 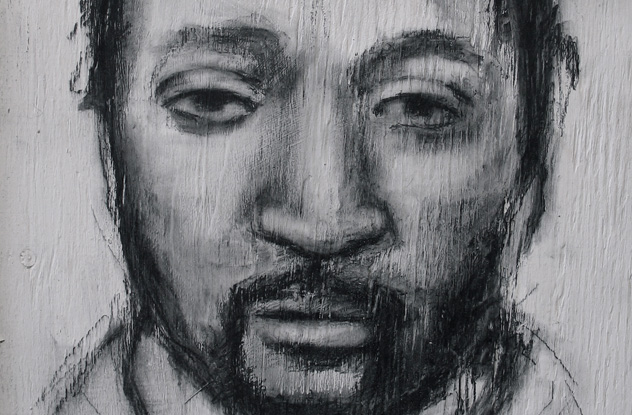 In 1980, at the age of 24, Gary Burris shot and killed in cold blood an Indianapolis taxi driver. He sat in prison for that crime until the age of 40, during which time he confessed to a cellmate how he had held his victim’s face down on the freezing pavement, shooting him in the head as he begged for his life. He was executed by lethal injection on November 20, 1997.

His last words were “Beam me up,” a Star Trek reference. He did indeed leave this world right after, but you’ll have to decide for yourself whether he was headed “up” or somewhere else. 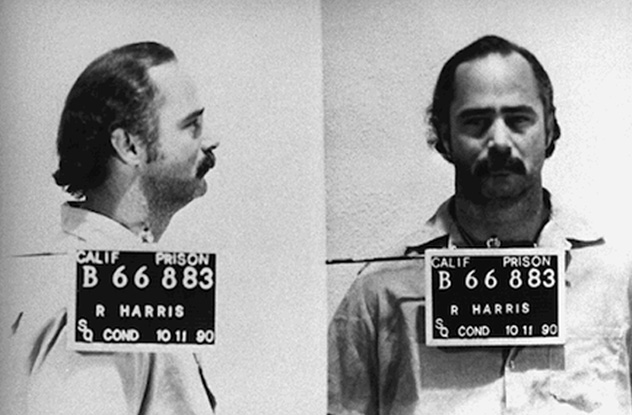 American Robert Harris was convicted of the murder of two teenage boys. In 1992, at the age of 39, he became the first man in decades to be executed in California. His last words were, “You can be a king or a street sweeper, but everyone dances with the grim reaper.” It was a line of poetry, and you might see it as thought-provoking or inspiring, illuminating the original thoughts of a man facing death.

Actually, it was a quote from Bill and Ted’s Bogus Journey. Or, rather, a misquote. The original line (more consistent, and rhythmic) was: “You might be a king or a little street sweeper, but sooner or later, you dance with the reaper.” 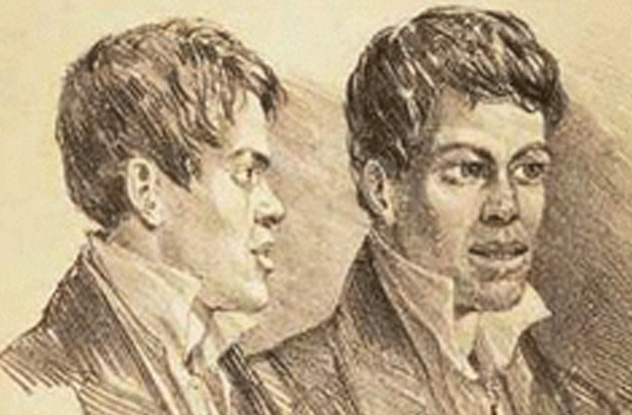 Some criminals remain self-congratulatory to the last. John Jenkins’s personal vendetta against his victim certainly served, for him, as justification enough for his actions.

The Australian national was incarcerated alongside his accomplice Thomas Tattersdale for the shooting and killing of a doctor, Robert Wardell. Jenkins’s motivation was revenge for the countless beatings he claimed to have received in Wardell’s prison, where he and Tattersdale had previously served time for other crimes.

He claimed that he did not shoot the doctor “for gain.” It was because “he was a tyrant.” Jenkins spoke to his fellow inmates en masse before his execution in Novermber 1834, entreating them to “shoot every tyrant you come across.” He muttered his last words in the direction of his friend Tattersdale: “Let every villain shake hands with himself.” 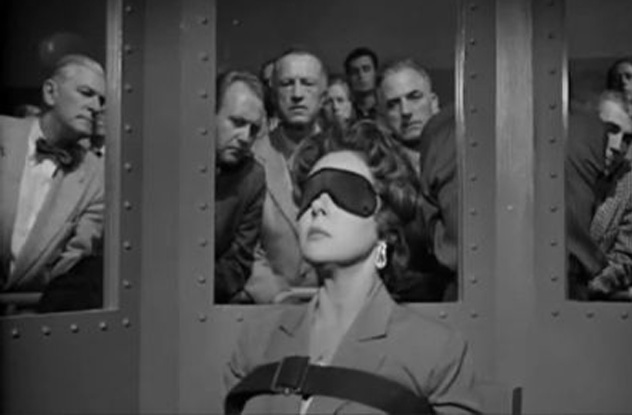 Former prostitute Barbara was nicknamed “Bloody Babs” by the press after she beat Mabel Monahan to death. She and two accomplices, Jack Santo and Emmet Perkins, were attempting to rob the wealthy elderly lady’s house, but they failed to find anything of value and left empty-handed. They only later learned that a closet right next to where they’d murdered Monahan contained a purse with $15,000.

Graham was executed in San Quentin gas chamber on June 3, 1955. Her execution was repeatedly pushed back from 10:00 PM until 11:30, to which she lamented, “Why do they torture me? I was ready to go at ten o’clock.” Her last words were a snarky, resonant “Good people are always so sure they’re right.”

She was pronounced dead at 11:42. She wore a blindfold so that she didn’t have to look at the observers, and she held her breath in a last-minute attempt to stay alive. 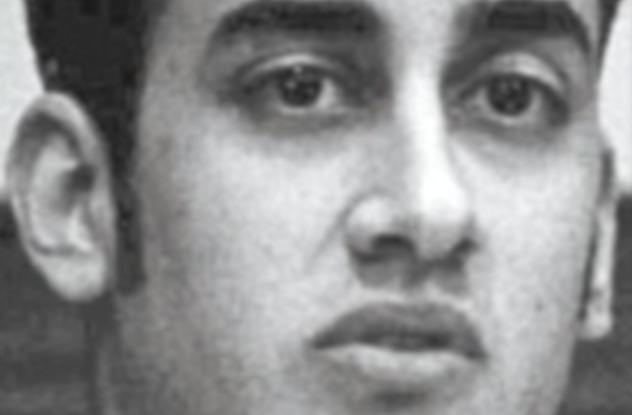 This Mexican hit man was part of a gang of six involved in the murder-for-hire of a US officer. Murphy was only 19 at the time of his arrest and had no previous criminal record.

Murphy was the only foreign national in the gang, and critics blame racism for his conviction. Despite cooperating with police, he was the only member of the gang not offered a plea bargain and the only one sentenced to death. As a Mexican citizen, he had the right to contact his embassy for legal assistance, but at no point from his arrest till his execution was he informed of this option.

His last words on September 17, 1997 reflect this self-perceived martyrdom and are probably the nicest and noblest on the entire list. “Today is a good day to die. I forgive all of you. I hope God does too.”