Let’s face it: as a species, we’ve ruined nature. We’ve melted the ice caps with our spray-on deodorant; turned the rainforests into barren sludge; and even taken the atom—the building block of the universe—and turned it into a weapon.

But nature still seems to love us. This can be shown by the incredible number of ways dogs can help us, with their amazing sense of smell. 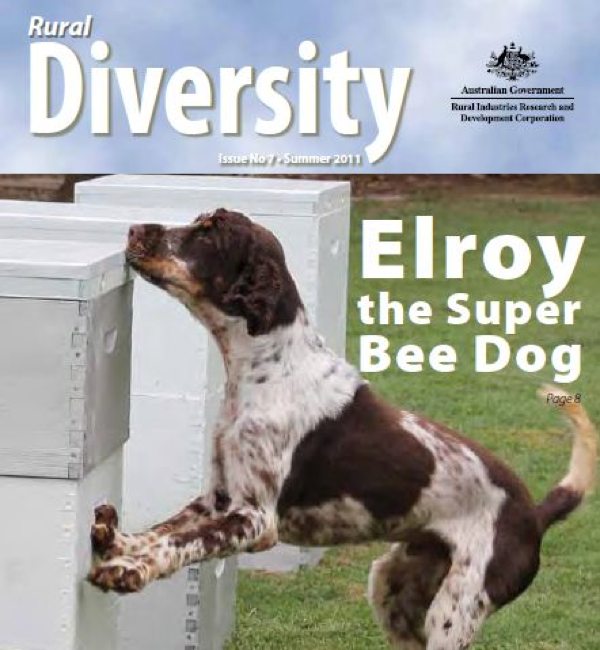 In case you didn’t already know—the bees are dying. But dogs have come to save the day: since the 1970s, bee keepers have trained dogs to find diseased beehives before they have a chance to infect other, healthier swarms.

The dogs can do this simply by tracking the scent of the bacteria that causes the disease known as “American Foulbrood”—a process which allows beekeepers to inspect up to 100 colonies in 45 minutes, rather than the two days it would take a human to do the same work. 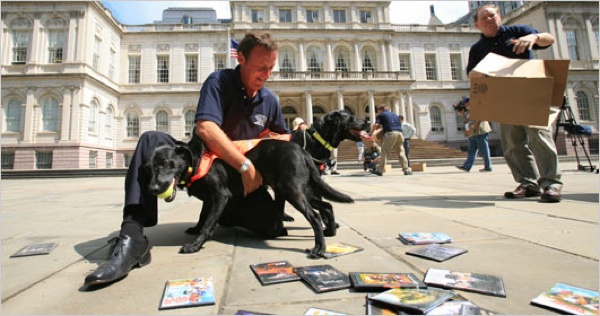 Dogs can be taught to detect the material polycarbonate, a key component of all DVD disks. They can thereby help to bust the massive DVD counterfeiting trade in places like Southeast Asia. Indeed, on their first raid, two of these dogs found a pile of pirated DVDs worth over $3 million.

The success of this single raid managed to annoy the Malaysian DVD pirates so much that they offered a $30,000 bounty for the deaths of the dogs. 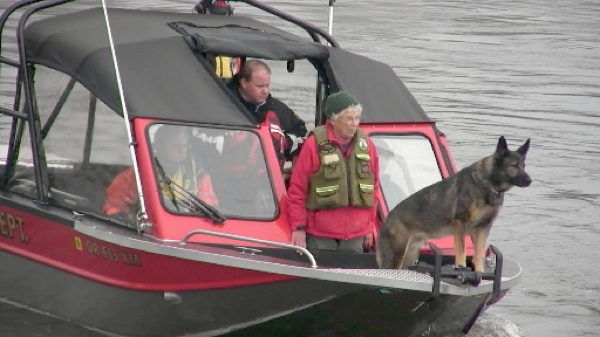 Water search dogs are often used by police in the USA to locate and recover drowned corpses. But how exactly could a dog smell a body through all that water? Well, the scent of drowned bodied is released into the water currents, which then end up being released into the air. The dogs—which can work either from the shore, from a boat, or even while swimming in the water—track this scent to its strongest point, the body itself. 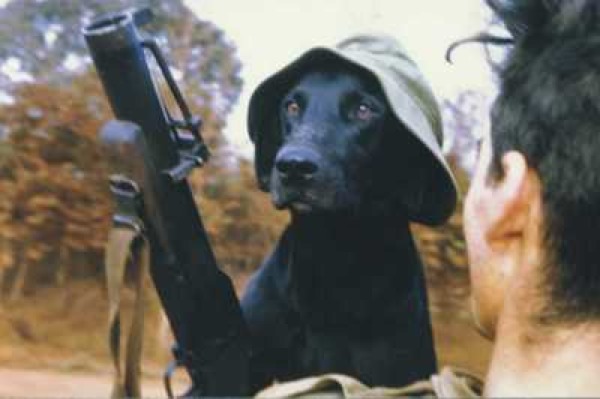 During the Vietnam War, the US military used scout dogs to detect enemy soldiers. This doesn’t sound too impressive, since we all know that dogs can smell humans. But the dogs were also able to detect tunnels, weapons, and booby traps—saving hundreds of US soldiers’ lives in the process.

Since barking would give away their position, the dogs were taught alternative ways of showing that danger might be afoot. Some learned to raise the hairs on their necks; others crossed their ears, and at least one dog would walk on its hind legs when it smelled something sinister. 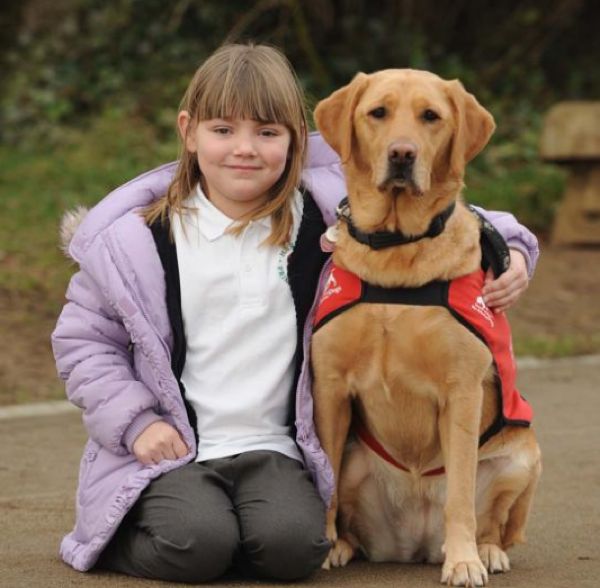 We’ve recently seen how some dogs can predict the onset of a seizure. Dogs can also be trained to alert their diabetic owners whenever their blood sugar rises to dangerous levels. A few of them can even—in the case of a diabetic attack—run and fetch an insulin kit. If only they had opposable thumbs, perhaps they’d prep the syringe for us as well. 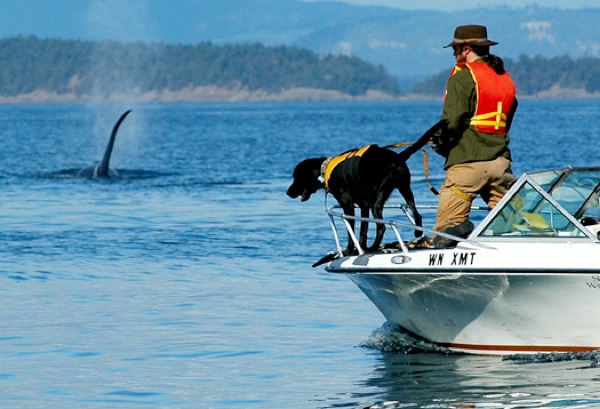 Whale poop is often analyzed by scientists to monitor the health of whales, as it often contains important information about their diet. But there’s one problem: the poop sinks within half an hour of leaving the whale, meaning that scientists need to get their hands on it as soon as possible.

For this reason, one group has started training dogs to detect the poop. The dogs can trace its scent from a distance of more than one mile (1.6 km), and lead scientists to the smelly treasure. When the dog has detected the whale waste, he points out the location to the boat captain by either leaning left or right, or twitching his left or right ear. 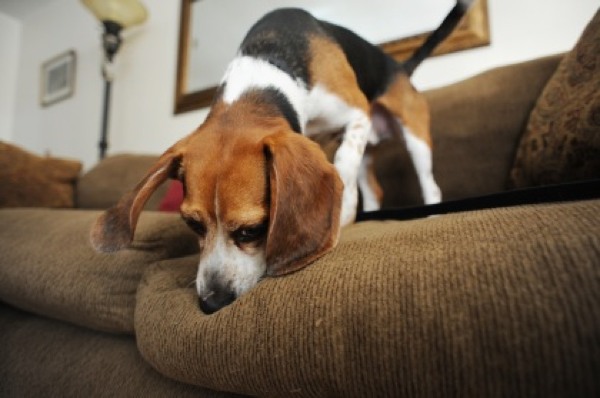 The modern age of widespread air travel is causing a near-apocalyptic surge in the number of cases of bed bug infestations. In response to this, pest control services have sprung up whereby—in exchange for a hefty fee—a dog will sweep a house for bed bugs, letting you know before you purchase a new property what sort of problems you might have to deal with. Apparently, the accuracy rate is as high as 96 percent. 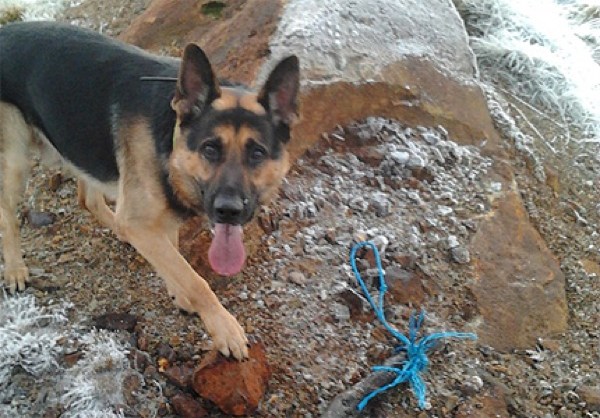 The government in Finland financed a program that taught dogs to detect valuable sulphide-containing rocks. When the rocks break apart, they release a smell not unlike rotting eggs, which the dogs can track easily. So easily, in fact, that, during one hunt a dog found a deposit of “great economic significance.” 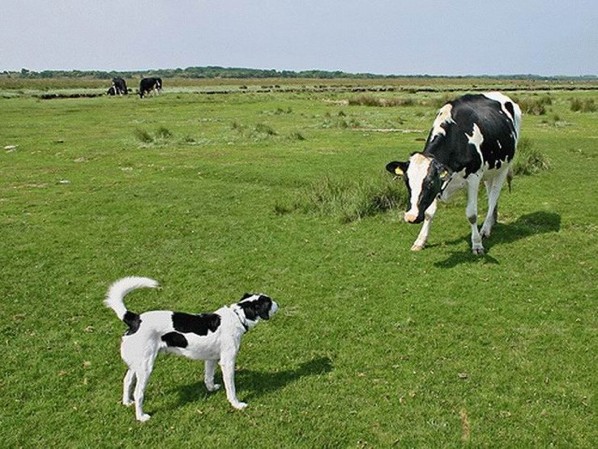 No need for wining and dining: cows are most often impregnated via artificial insemination. But because bull semen is so expensive, many farmers can only afford to artificially inseminate the cows when they’re definitely ready to get pregnant. Time it badly, and there would be an awkward conversation with the bank manager down the line. As a result, some farmers have started using specially-trained dogs to detect when a cow is in heat—a job some dogs are so good at, they even know before the bulls do. 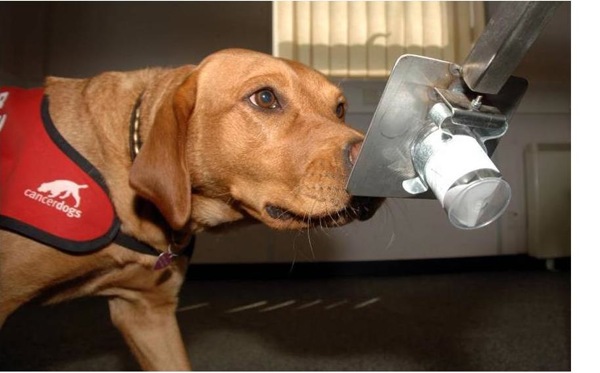 Cancer stinks—in more ways than one. Cancer cells have a distinctive smell that can be picked up by the super-sensitive noses of dogs. In patients with lung- or breast-cancer, it’s known that these waste products are exhaled whenever a patient breathes, so a group of dogs have been trained to sniff people’s breath and alert them if they smell cancer.

You can find more from Adam at his site or at Cracked.com. He also has a Twitter if you’re into that sort of thing.