We consider a lot of what we see around us to be immutable facts of life. But now that we’re extending our reach into space, we’re finding that some of these truths weren’t as universal as we once thought.

Can you burp in space

Under normal conditions, gravity causes liquid to collect at the bottom of your stomach, while gases rise to the top. Because there’s no gravity in space to make this happen, astronauts tend to have what are called “wet burps.” Something as simple as a burp easily expels from your stomach all those liquids that gravity fails to hold down.

Because of this, the International Space Station doesn’t stock carbonated drinks. Even if they did, gravity wouldn’t cause the gases to rise to the top of the drink like they do on Earth, so soda wouldn’t go flat as quickly, and beer wouldn’t form a head. 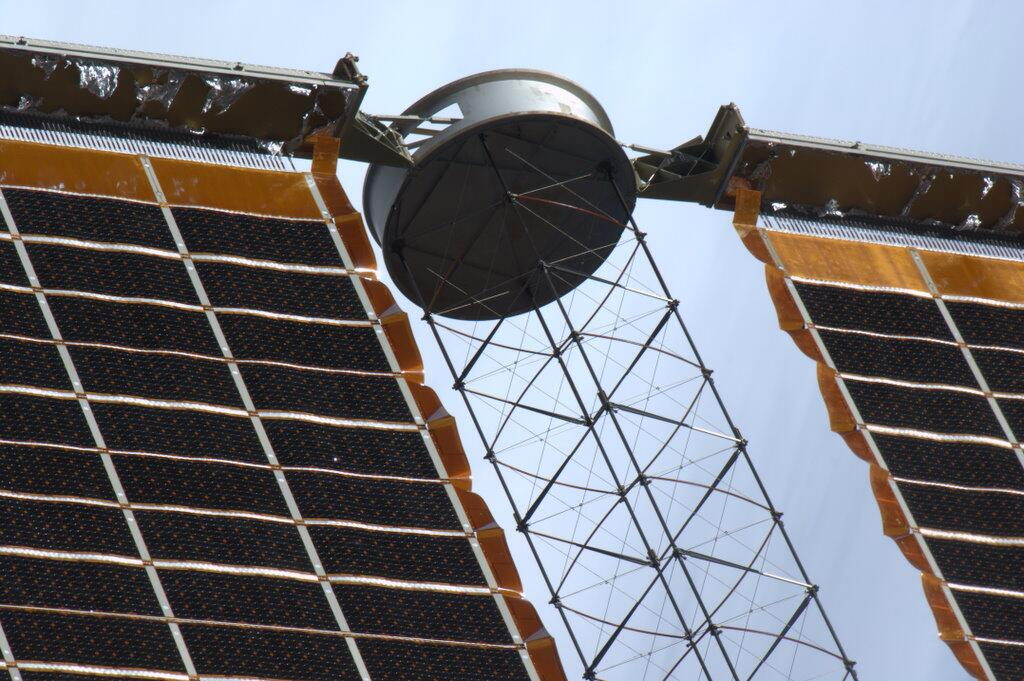 In space, random bit of debris move at speeds so fast that our brains can barely comprehend them. Those millions of tiny pieces of junk orbiting the Earth, the ones we mentioned earlier? They move at an average speed of 35,500 kilometers (22,000 miles) per hour. At speeds that high, you’d never see the object coming. Mysterious holes would just appear in a nearby structure—provided you were lucky enough for them to not appear in you.

Last year, an astronaut aboard the International Space Station snapped a photograph of a hole in the station’s enormous solar panels. The hole is almost assuredly the result of an impact with one of these tiny pieces of debris, probably only a millimeter or two in diameter. But don’t worry—NASA anticipates collisions like this, and the shielding on the station’s hull is built to withstand such an impact.

Far out into space, near the constellation Aquila, floats a giant cloud of gas with some 190 trillion trillion liters of alcohol—that’s 400 trillion trillion pints. The cloud’s existence defies much of what we thought was possible. Ethanol is a comparatively complex molecule to form in such large quantities, and temperatures are so low in space that the reactions necessary to produce alcohol theoretically shouldn’t occur at all.

Scientists recreated the conditions of space in a lab and combined two organic chemicals at -210 degrees Celsius (-346 °F). The chemicals definitely reacted—about 50 times as quickly as they do at room temperature, rather than at the much lower rate the scientists were expecting.

Quantum tunneling may be responsible. Through this phenomenon, particles assume the properties of waves and absorb energy from their surroundings, letting them overcome barriers that otherwise keep them from reacting.

Static electricity can do some pretty wild things. For example, the above video shows water droplets orbiting a statically charged knitting needle. Electrostatic forces work over a distance, and this force pulls objects toward it much as gravity pulls planets, putting the droplets into a continuous state of free fall.

Static electricity is much more powerful than some of us probably give it credit for. Scientists are working on creating a static electricity tractor beam with the goal of cleaning up space junk. That’s right—that force that zaps you when you touch a door in the winter could power futuristic space vacuum cleaners. An ever-growing cloud of space trash orbits the Earth, and this beam could grab a piece of trash and literally fling it out into space.

Twenty percent of astronauts who lived on the International Space Station have reported failing vision once they returned to Earth. And, so far, we really don’t know why.

We used to think it was because low gravity frees body fluids to float up into the skull and increase cranial pressure. But new evidence suggests that it could be related to polymorphisms. Polymorphisms are enzymes that slightly depart from the norm, and they could affect how the body processes nutrients.

Wringing out Water on the ISS – for Science!

We tend not to notice surface tension on Earth because gravity usually trumps it. However, when you remove gravity, surface tension appears much more powerful. For example, when you wring out a washcloth in space, rather than fall, the water clings to the cloth, assuming the shape of a tube.

When it isn’t clinging to something, water is pulled into a sphere by its surface tension. Astronauts have to exercise caution when handling water, or they could end up with tiny beads of water floating all around them.

We’ve all heard that astronauts’ muscles atrophy in space, but to counter those effects, astronauts need to exercise far more than you’d expect. Space certainly isn’t for the meek, and you might just have to train like a bodybuilder to avoid getting the bone structure of an 80-year-old man. In fact, NASA has gone so far as to call exercise the “number one health priority in space.” Not shielding yourself from solar radiation, or dodging deadly asteroids—just plain, everyday exercise.

Without this regimen, astronauts don’t just return to Earth slightly weaker. They can lose so much bone and muscle mass that they can’t even walk when gravity is reintroduced to the equation. And while you can build muscle back up without too much trouble, bone mass is all but impossible to regain.

Imagine our surprise when we sent samples of salmonella into space and it came back seven times deadlier than when it left. This seemed to be troubling news indeed for our astronauts’ health, but it led scientists to figure out how to beat salmonella both in space and on Earth.

Salmonella can measure “fluid shear” (the turbulence of the fluid around it), and it uses this information to determine its location in the human body. When loose in the intestines, it detects high fluid shear and tries to move toward the intestinal wall. When it hits the wall, it detects low shear, and it revs up to burrow into the wall and enter the bloodstream. In a weightless environment, the bacteria constantly experiences low shear, so it permanently switches to an active, virulent state.

By studying the salmonella genes that are activated in low gravity, scientists determined that high ion concentrations can inhibit the bacteria. Further research could lead to vaccines and treatments for salmonella poisoning.

But farther out in space, astronauts are totally exposed. If we want to go to Mars someday or put a space station in orbit around the Moon, we’ll have to deal with high-energy background particles that have traveled from distant dying stars and supernovas. When such particles hit current shields, they create a sort of shrapnel that’s even more dangerous than the radiation itself. So scientists are working on developing radiation shielding from lighter elements, which will keep these shrapnel particles from being produced on impact.

Japanese scientists have monitored how crystals form in microgravity by hitting helium crystals with acoustic waves under simulated weightlessness. Normally, it would take quite some time for helium crystals to reform after breaking, but these crystals were suspended in a superfluid—a liquid that flows with absolutely no friction. As a result, the helium quickly formed into a crystal measuring an unnaturally large 10 millimeters (0.4 in) across.

It seems then that space offers us the means to grow larger, higher-quality crystals. We use silicon crystals in almost all of our electronics, so this knowledge may ultimately lead to better electronic devices.

When Kier isn’t writing for Listverse or Cracked.com, he’s generally scrawling his mad ravings on the walls of a subway tunnel. But seriously, check out his online stuff. It’s way better.