It is unlikely that we will ever completely explore space. Most of the time, we just have to guess at what’s out there. At other times, we could just check our laws of physics and think of possible space bodies, cosmic events, and scenarios that could happen.

Speaking of space bodies that could exist, scientists believe that there are some amazing ones out there right now, including a massive one in our own solar system. Below, we’ll detail some of the weirdest and most interesting objects that may be in space. 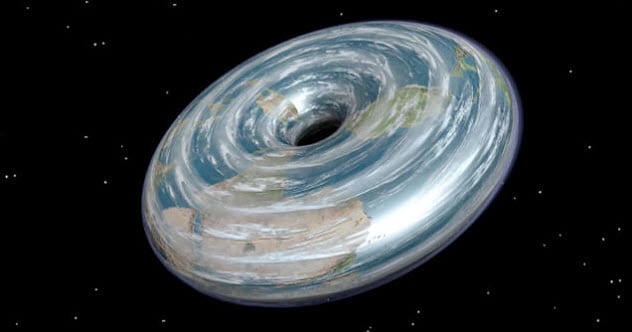 Scientists believe that doughnut-shaped planets exist, even though they have never found one. Such objects are called toroid planets because “toroid” is the mathematical name for the shape of a doughnut. Planets are generally spherical because gravity pulls them inward. However, they could become toroids if an equal amount of force coming from their centers counters that gravitational force.

If they exist, toroid planets will not be very fun to live on. First, the planet will be spinning so fast that a day will only be a few hours long. Gravity will also be notoriously weak at the equator and extremely strong at the poles. So you could lose a lot of weight just by taking a vacation at the equator.

However, the climate will also be terrible—with heavy winds and disastrous storms. Meanwhile, the temperature will vary greatly in different areas of the planet.[1]

9 Moon With Its Own Moon 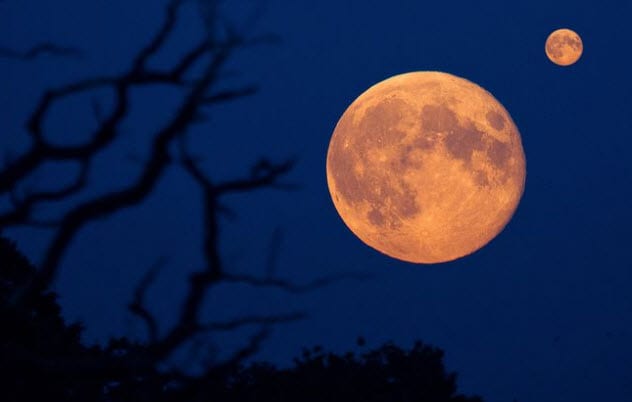 Scientists believe that some moons have their own moons. The smaller moons revolve around the bigger ones, which revolve around planets. Scientists are already working on a name for the smaller moons because they do not want to be caught unawares when they finally find one. Two major contenders are “submoon” and “moonmoon.” We think “moonmoon” sounds cooler, so we will use it from here on.

Scientists believe that we are likelier to find a moonmoon outside our solar system because such an object appears be too complicated from a physics standpoint to exist here. If we ever hope to find one here, we will need to look beyond Neptune. Maybe if we finally find that elusive “Planet Nine” (which is discussed below) in our solar system, we’ll discover our first moonmoon.

These objects do not readily exist because of the complexity. First, a bigger space body, maybe another planet, will need to propel the moonmoon toward the moon. The moonmoon must be small enough to be captured by the moon. It also needs to be near the moon but not so close that it will slam into the moon.

For the rest of its life, the moonmoon will be caught between the gravitational forces of its moon, its moon’s planet, and the Sun. This will most likely have disastrous results. It is also why every satellite we have sent to orbit the Moon ends up crashing into the Moon after a few years. However, a moonmoon could exist far beyond Neptune, where the gravitational force of the Sun is considerably weaker.[2]

8 A Comet Without A Tail 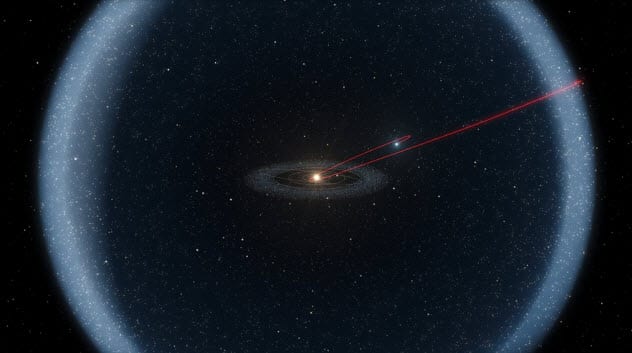 A long black tail is the defining characteristic of a comet. So how about one without a tail? Scientists have found one already, but they are not sure whether it is a comet, an asteroid, or a hybrid of both. The space body, which was named Manx comet (astronomical designation: C/2014 S3) and which we will call a comet henceforth, is rocky and covered with ice.

To be clear, asteroids are made of rock while comets are made of ice. The Manx comet is not considered a comet (because it contains rock) or an asteroid (because it is covered in ice). It does not have a tail because the ice on it is not enough to make one.

7 A Huge Planet In Our Solar System 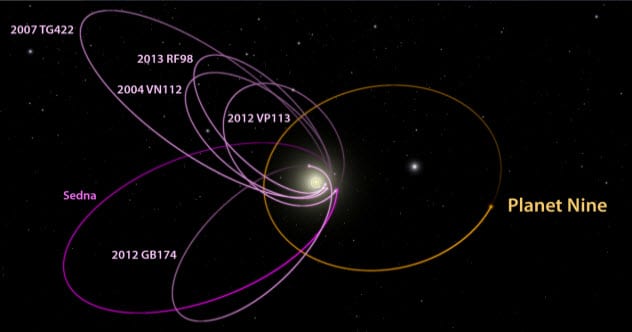 Scientists have predicted the existence of a ninth planet in our solar system. Pluto has been dismissed as a dwarf planet since 2006, so it no longer counts. The hypothetical ninth planet may have 10 times the mass of Earth. Scientists believe that the orbit of the ninth planet is approximately twenty times more distant from the Sun than Neptune.[4]

Researchers deduced the existence, size, and distance of the planet after observing that a massive body somewhere was pulling and disrupting the orbit of small solar system bodies and dwarf planets in the Kuiper Belt, which is just beyond Neptune. However, if the ninth planet does not exist, scientists suspect that the disruptions could have been caused by several undiscovered bodies in the Kuiper Belt. 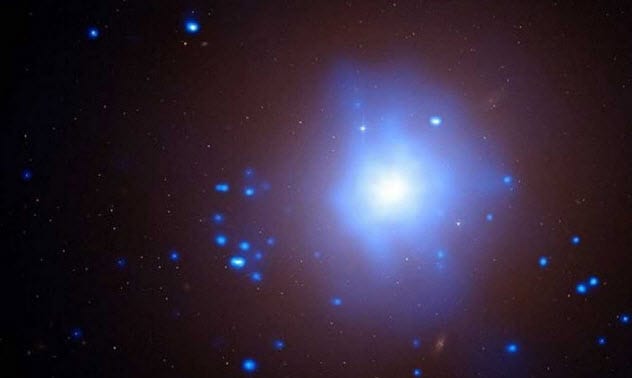 A black hole is a massive region of space that pulls in nearby objects. Anything (including light) sucked into a black hole cannot come out. The white hole operates differently, releasing objects but never letting anything in.

Like black holes, white holes can attract objects around them even though they will not allow these objects to come in. Anything that comes too close will be destroyed by the massive energy around the white hole. Assuming the object survives somehow, it will move closer until time starts slowing. As the object moves closer, time will continue to slow—for eternity.

Although we have not yet found white holes, scientists are sure that they exist. The theory of general relativity also states that they should exist if black holes exist. 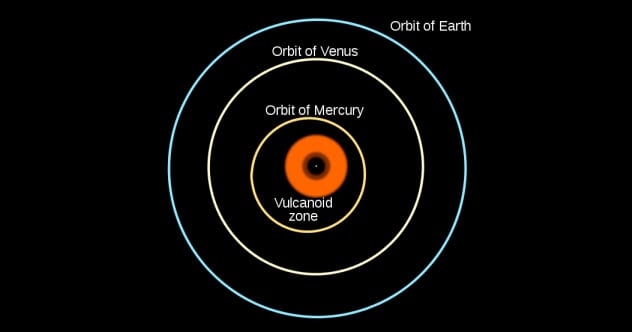 Researchers believe that these vulcanoids used to crash into Mercury, causing many of the craters that we see on the planet today. However, scientists have not found any vulcanoids.[6]

They cannot find them with telescopes because the light from the Sun will destroy the optics. However, researchers do try to find vulcanoids during eclipses, early in the morning, and late in the evening. They have also turned to using telescopes mounted on high-altitude jets.

4 A Spinning Mass Of Hot Rock And Dust 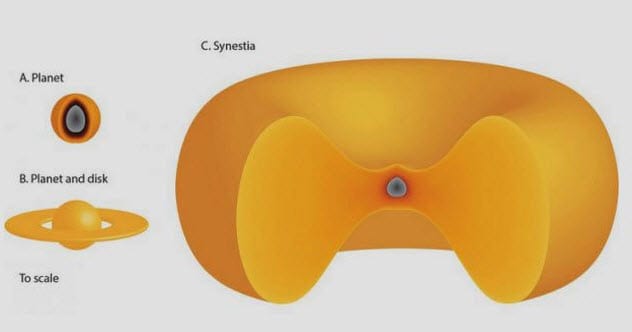 Some scientists believe that planets and their moons were formed from superhot, fast-spinning masses of hot rock and dust called synestias. Researchers say that our Earth and Moon were formed after an earlier version of the Earth slammed into some Mars-size space body called Theia. After cooling, the hot mass of rock split into the Earth and Moon.

Every synestia is formed when two planets or huge space bodies slam into each other. If synestias really exist, we will need to have our telescopes frequently searching for them because they usually cool and become planets and moons within 100 years, which is a short time in space.[7] 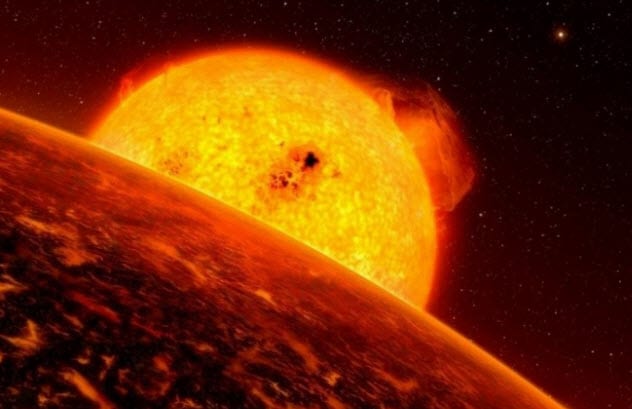 Scientists believe that some gas giants could transform into terrestrial planets. While they have not confirmed the existence of such celestial bodies, researchers already have a name for them: Chthonian planets. A Chthonian planet would be created when a gas giant moves too close to the Sun. The planet’s atmosphere would evaporate and leave only the rocky core.

What replaces the gas in the planet? Land?

Scientists do not know. However, they have found a planet, Corot 7b, that they suspect of being a Chthonian planet. Corot 7b is covered in molten lava. It is not the best place to be as its temperatures reach 2,500 degrees Celsius (4,500 °F).[8]

2 Planet Where It Rains Glass 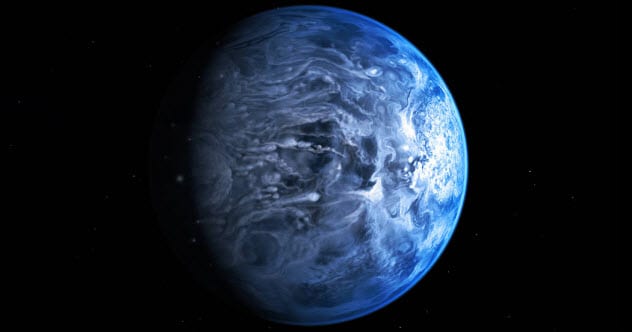 The rain is not just glass—it’s liquid, hot glass. So do not think of moving there to start a glass manufacturing business. Scientists have discovered planet HD 189733b, which is 63 light-years away and blue just like Earth. This would have made us think it is full of water. However, scientists discovered that the blue color is caused by silicate clouds.

Although researchers don’t have actual confirmation, they assume that it rains hot glass on HD 189733b because glass is made of silica or silicon dioxide. The terrible glass rains are worsened by heavy winds blowing up to 8,700 kilometers per hour (5,400 mph), which is seven times the speed of sound.

Now let us explain what will happen to a human or alien that travels to HD 189733b to start a glass manufacturing business. During a violent storm, that person or alien will be thrown around by the hypersonic wind while being beaten by the molten glass. The glass rain will fall sideways because it will follow the same direction as the hypersonic wind.[9]

Sideways molten glass rain? No, thanks.

1 Planets Without A Core 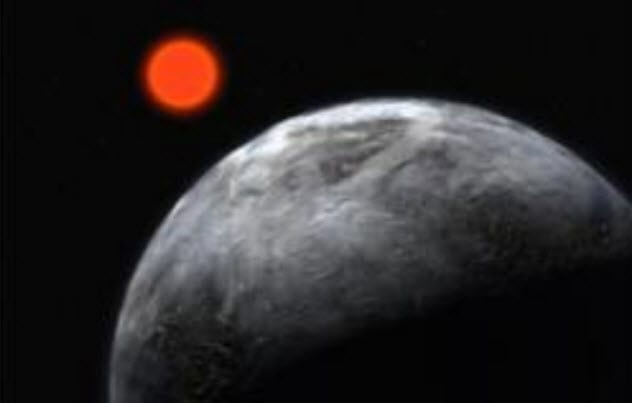 One thing that most planets have in common is a solid or molten iron core. However, it seems that some planets out there do not have one. Scientists believe that these planets are formed in desolate icy areas of the universe where the sunlight is too weak to evaporate the liquid and ice on the surface of the new planet.[10]

When this happens, the iron that would have moved to the center of the planet to form the core will react with the excess water to form iron oxide. Scientists cannot detect whether a planet outside our solar system has a core. But they can guess by analyzing the iron-silicate ratio of the planet and the star around which the planet revolves. A planet without a core will lack magnetic fields and remain vulnerable to cosmic rays.

To melt your brain with weird things that already exist in space, check out Top 10 Fresh Finds Proving Space Is Stunning And Strange and 10 New Space Discoveries With Crazy Cosmic Consequences.