Royalty and politicians across the globe may not agree on much, but many of them jointly believe in the benefits of owning a pet. Several of today’s heads of state and government spend their little personal time with their beloved animals. These lucky pets are often pampered and bask in the reflected spotlight of their famous owners. 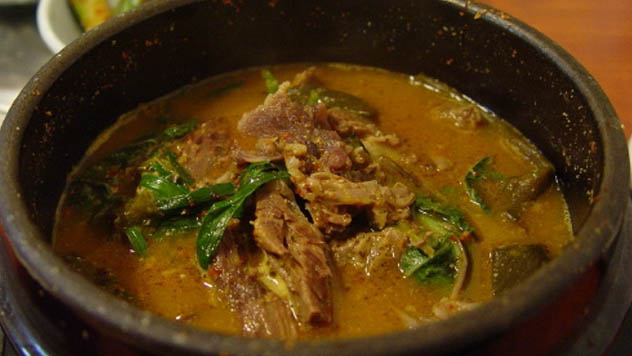 North Korean Supreme Leader Kim Jong-un chooses to amass a large collection of pedigreed dogs of various breeds, who presumably live far better than many of his country’s poor citizens. This extends the example set by his father, Kim Jong-il, who bought dozens of European dogs every year and expensive foreign pet foods and products for them. The pooches even received their own imported private foreign veterinarians.

The other hallmark of Kim Jong-un is his brutal exercise of power. Hopefully, none of his personal pets end up in bosintang, or dog stew, which is a popular dish in Korea. There have even been disquieting stories that Kim had his politically subversive uncle executed, punishing his disloyalty by feeding him to 120 vicious dogs (a rumor that is most probably untrue). 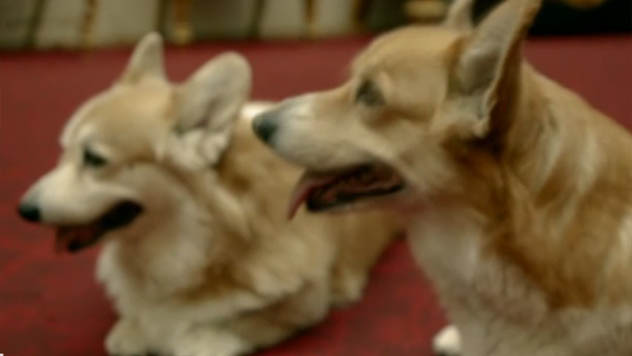 Her Majesty is crazy for corgis. She has owned more than 30 in her 62-year reign as Queen of the United Kingdom. As a young princess, Elizabeth fell in love with the breed as her mother owned a number of them. At 18, she received a corgi of her very own. She is also fond of her so-called “dorgis” (corgis crossed with dachshunds). Currently, the Queen has two corgis named Willow and Holly and two dorgis named Candy and Vulcan.

The royal canines lead luxurious lives. They are free to roam the whole of Buckingham Palace and have developed a taste for green vegetables and venison. The Queen herself serves the pooches their dinner and even personally mixes in some gravy. She also handles housetraining the puppies, a job that any dog owner knows is often less than queenly. 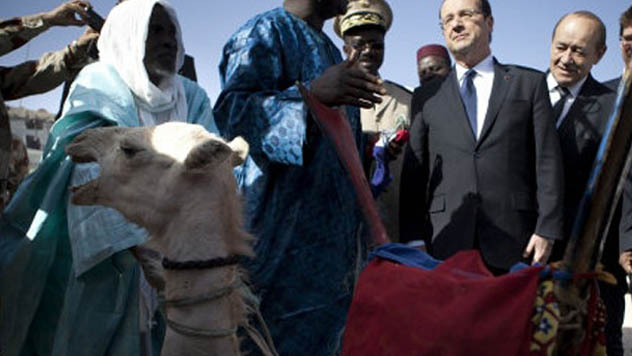 In early 2013, French troops aided the government of Mali in beating back a terrorist insurgency in the country’s northern region. As a sign of their thanks, the Malian government proudly gave French President Francois Hollande a dromedary camel as a gift. Unprepared to host a noisy camel at the presidential residence, Hollande agreed to leave the animal in the care of a local family until it could be vaccinated and brought to a zoo in Paris. Unfortunately, the family did not get the memo. They slaughtered the camel and cooked it in a stew.

The Malian government was greatly embarrassed and promised to send an even better camel to Paris. This successor will avoid the stew pot and be featured at the zoo. Perhaps President Hollande will even take his gift out on the town and be seen on camelback, riding up the Champs-Elysees. 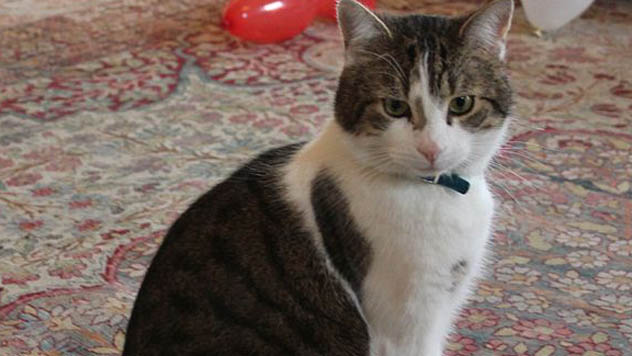 David Cameron, as the Prime Minister of the United Kingdom, continues a long tradition of keeping a prominent feline. Larry, the current resident cat of Number 10 Downing Street, has the lofty title of Chief Mouser to the Cabinet Office, an official British governmental role. Larry is continually on the prowl for the rats and mice that creep through the shadows of London.

Somewhat controversially, Chancellor of the Exchequer George Osborne’s family cat Freya shares the role of Chief Mouser with Larry. Living for years as a stray, Freya is the muscle of the pair and the dominant rodent hunter. Larry, on the other hand, has been repeatedly scolded for falling asleep on the job.

Typical of political rivals, the relationship between the two has had its share of conflict. Larry and Freya were seen brawling in front of Cameron’s home in October 2012, and the fight had to be broken up by police. The duo have held an uneasy truce ever since. 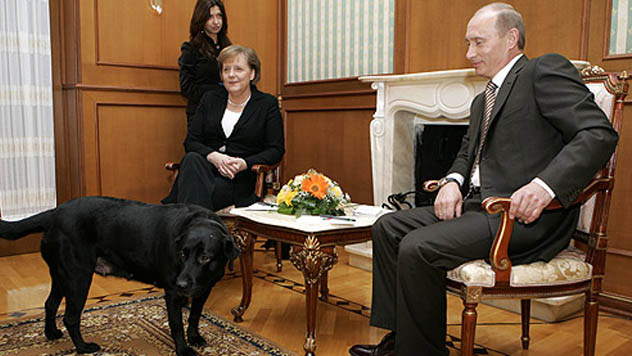 Russian President Vladimir Putin has a larger-than-life persona, and his black Labrador Koni plays a humble part in it. He received her as a gift from his General of the Russian Army as a puppy in 2000. The two have since become so inseparable that she often barges her way into political meetings and press conferences, to the frustration of Putin’s security staff. Koni is 14 and in good health but rarely attends media events these days, since the press tends to make her nervous.

Koni has even been used in a political power play. Koni was in the room when German Chancellor Angela Merkel met with Vladimir Putin in 2007. Merkel has a confirmed fear of dogs stemming from a bite she received as a girl and clearly appeared uncomfortable as Koni went up to sniff her. Putin did little to hide his amusement at Koni’s apparent intimidation tactics on his geopolitical rival. 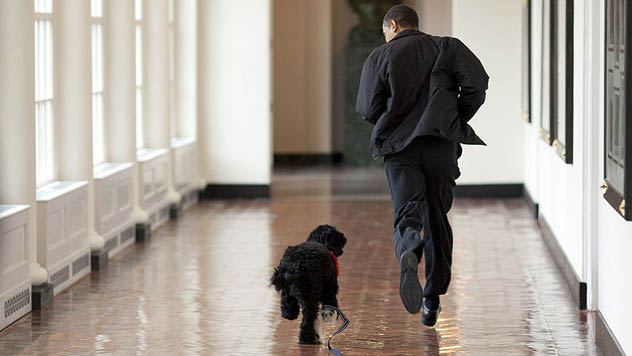 It has been said, “If you want a friend in Washington, get a dog.” The current First Dog may or may not be President Obama’s only friend, but he certainly does get himself his fair share of press coverage.

Bo the Portuguese water dog was adopted by the Obamas in 2009. They chose the hypoallergenic breed in deference to daughter Malia, who has pet allergies, and the breed has seen a significant bump in popularity due to the high-profile presidential pick. Although the Obamas wanted to adopt a dog from a shelter, a suitable candidate of the desired breed could not be found. As a compromise, Obama adopted a purebred dog while donating to the Washington Humane Society.

In 2013, the Obamas added Bo’s younger sister Sunny to their family as well, and it didn’t take long for the new pet to make a splash in the press. During a media event, Sunny exuberantly jumped up on a toddler, knocking her to the ground. The girl turned out to be fine, and Sunny survived her first political scandal. 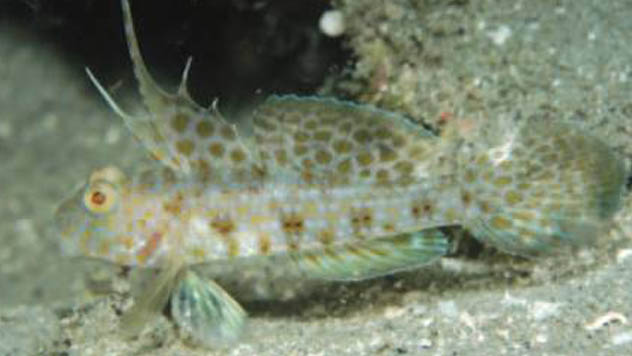 This tiny goby fish rarely makes much of a pet, but its fascinating relationship with the Emperor of Japan earns it a place on this list. Emperor Akihito, as the merely ceremonial monarch of Japan, has not given up his day job. The man is an accomplished ichthyologist and has published dozens of peer-reviewed papers on fish biology. To this day, the Emperor remains very interested in the collection of fish at his Palace Laboratory.

The monarch is recognized as an authority on goby classification and has exchanged interesting specimens with various research institutions. His collaboration with the Australian Museum led to the discovery of a new species. The researchers honored the Emperor by naming the species after him in 2006. The now-famous fish sports an unusual elongated dorsal fin and has yellow and brown spots on its head. 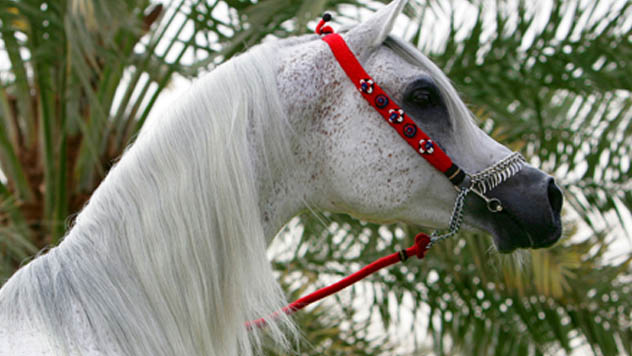 Saudi monarchs have a centuries-long tradition of keeping superior horses, and horse racing remains one of the most popular sports in the country. King Abdullah’s impressive equine collection of over 1,000 horses is stabled at Janadira Farm in Riyadh. The king keeps a weekend residence at the complex and enjoys walking around the stables to observe his horses whenever possible.

The farm raises around 100 thoroughbreds every year and cares for about 300 purebred Arabian horses. The bloodlines of these steeds go back thousands of years to the Nejd dynasty. The farm also boasts three world champion stallions.

Abdullah’s grandson, an accomplished equestrian, leads a division of prize-winning show jumping horses. The king also hosts a show jumping festival that brings in horses and riders from across the region and beyond. If it involves horses, you can expect that King Abdullah is interested. 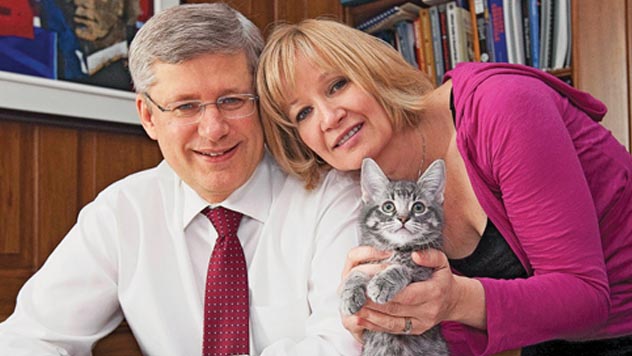 While dogs have enjoyed recent popularity in Washington, D.C., Canadian Prime Minister Harper has a well-documented cat fancy. He is the proud owner of three-year-old tabby Stanley (named through a Facebook poll) as well as another cat named Gypsy. In a letter responding to a citizen’s inquiry, Harper described Gypsy as a camera-shy mouser and Stanley as the playful one of the pair.

While he has been in office, Harper and his family have temporarily fostered a whopping 87 different cats. The Harpers show their support of animals even beyond their personal pet ownership. Information on how to adopt animals can be found on the Prime Minister’s official website, and the pair is involved in supporting the Ottawa Humane Society. So far, Harper has had a successful political career. Perhaps he owes it to a feline-like nine lives in the uncertain world of party politics. 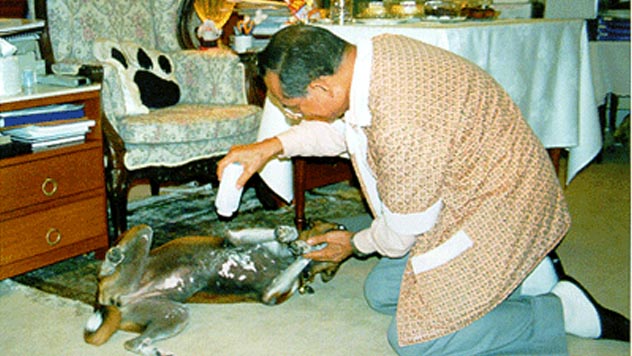 The King of Thailand is an unabashed dog lover, and one dog in particular has a special place in his heart. His favorite dog, Thong Daeng, was rescued from the streets of Bangkok as a puppy. Her name means “copper” in the Thai language, a reference to the color of her coat.

King Bhumibol enjoys great popularity among his people, and it appears that this extends to his royal dog as well. When the 74-year-old monarch wrote a book telling Thong Daeng’s story, it sold 100,000 copies within hours of its release.

The king strongly advocates adopting street dogs (which are common in Thailand) instead of buying purebreds. In the book, he writes that most street dogs “are usually humble and exceptionally faithful to their owners, as if they are grateful for the kindness they receive.” These qualities are well exemplified in Thong Daeng, who shows her master great respect and gratitude.

Nick Sebastian is an aspiring writer.