We’ve previously discussed some of those tactics so crazy and unconventional that they had to work. Now, let’s train the limelight on some of the most daring deceptions that succeeded in the battlefield, and (of course) marvel at the people with the sheer audacity and ingenuity to pull them off.

10The Fake Letter That Made An Entire Castle Surrender 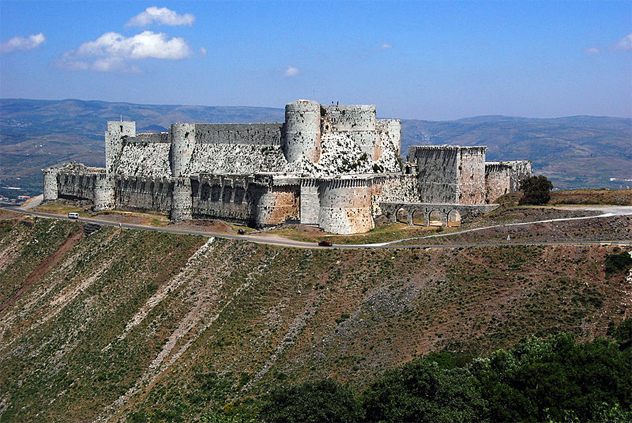 As we can see throughout their history, the Knights Hospitallers were clearly no pushovers, preferring to fight to the last man if need be. That scenario almost happened when the Mamluks besieged the formidable Hospitaller castle Krak des Chevaliers in March 1271. Led by Sultan Baybars, the Muslim forces slowly took the castle and gradually pushed the knights into the interior by the end of the month.

Knowing full well that the cornered knights would fight to the bitter end, the sultan cleverly forged a letter under the name of the Hospitaller Grand Master and had it sent to the knights. The letter contained instructions and permission for the defenders to surrender. The knights fell for the ruse and surrendered; subsequently, the sultan spared their lives and allowed them to travel to Tripoli safely under the condition that they didn’t return. By April 1271, the Mamluks had fully occupied the castle and converted it into their own garrison.

9A Counterfeit Cannon Convinced The Enemy To Give Up 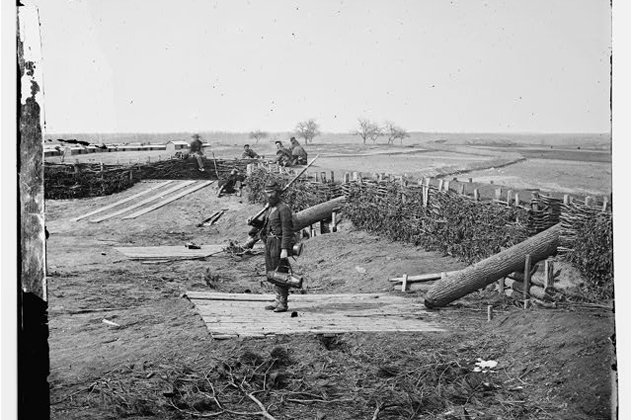 Quaker guns are logs or other similar materials painted black and made to resemble real artillery pieces. Named after the pacifist Society of Friends, or Quakers, these fake guns have been used in a variety of wars to frighten or fool the enemy. One rare instance of a Quaker gun actually effecting a surrender came during Colonel William Washington’s campaign in South Carolina on December 4, 1780.

The colonel—who also happened to be George Washington’s second cousin—had found 115 Loyalists holed up in a fortified barn. In a show of quick wit, Washington secretly had a pine log painted to look like a cannon and threatened to open fire if the defenders did not yield. His efforts paid off with the unconditional surrender of Colonel Rowland Rugeley and all his men. To add insult to injury, the defeated men later discovered that the cannon was a fake. 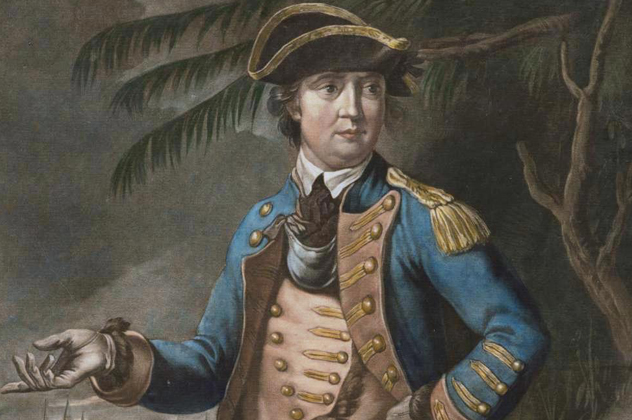 Before Benedict Arnold became known as one of history’s most notorious traitors, he was a resourceful and capable American general who proved more than a match for the well-armed British. His ingenuity especially manifested itself during the critical Battle of Valcour Island in October 1776. At Lake Champlain, Arnold’s makeshift navy of 15 ships met a powerful British fleet composed of 25 ships. As one would expect, the British fleet tore through Arnold’s ships with little effort and forced the latter to retreat.

Although the British won an overwhelming tactical victory, it later proved to be Arnold’s strategic victory: The mere presence of the American ships spurred the British to squander a considerable amount of time building their own fleet. By the time they had finished making the ships and winning the victory, winter had almost set in, forcing them to retreat back to Canada and reschedule their invasion of New York for the next year. That allowed the Americans ample time to prepare their defenses, ultimately culminating in the British defeat at Saratoga in 1777. 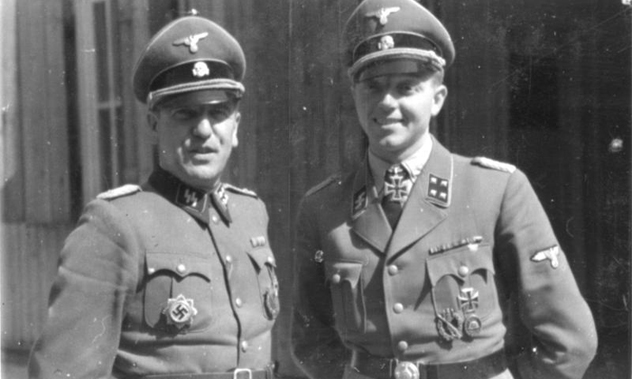 In April 1941, Fritz Klingenberg, an SS officer, was engaged in a friendly race with crack units of the German army to capture Belgrade. During their race, Klingenberg reached a Danube River made swollen by frequent rains. Despite the danger, Klingenberg and 10 of his men managed to cross the river using a rickety old motorboat. They then marched unopposed into Belgrade and garrisoned the German embassy.

Knowing that German forces were still miles away, Klingenberg tried a bluff: He told the mayor that he would have the city bombed by German planes if the mayor didn’t submit. Fortunately, the threat worked and the mayor hastily surrendered Belgrade to Klingenberg. When the German army finally arrived, they were incensed to learn that Klingenberg not only beat them to the city, but had single-handedly captured it as well. News of his bold accomplishment earned Klingenberg lavish praise from the rest of the SS, and he was awarded a Knight’s Cross for the successful siege. 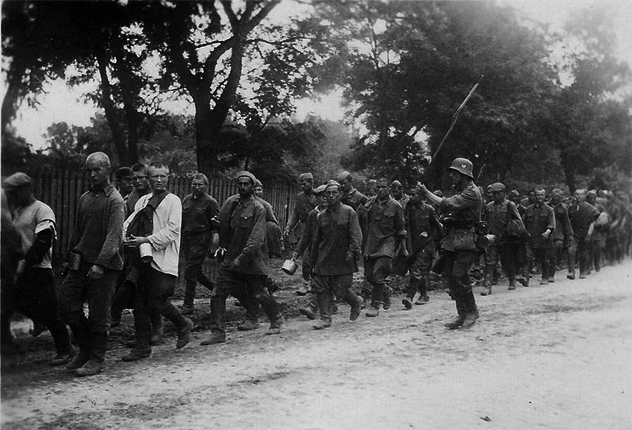 In this World War II operation that lasted for almost a year, the Soviets coerced several German prisoners—including Heinrich Scherhorn—to play the part of 2,500 German soldiers trapped behind enemy lines in Eastern Europe. Masquerading as the soldiers, the Soviets then contacted German headquarters in Berlin and asked for supplies to help them break out and return home. Of course, this was just a sham to divert precious German resources, and it worked like a charm: From August 1944 until the war’s end, the Germans continuously airdropped men and supplies to aid the non-existent group.

In the course of the operation, the Soviets captured a sizable amount of supplies along with about 25 German officers, whom they also forced into deceiving their compatriots. The Germans back home never found out about the deception; at one point, commando Otto Skorzeny himself had been ordered to conduct a rescue of the beleaguered troops. Hitler also believed the whole thing, and even had Scherhorn and his fictitious soldiers promoted and awarded.

5The Confederate General Who Made A Jackass Out Of The Union 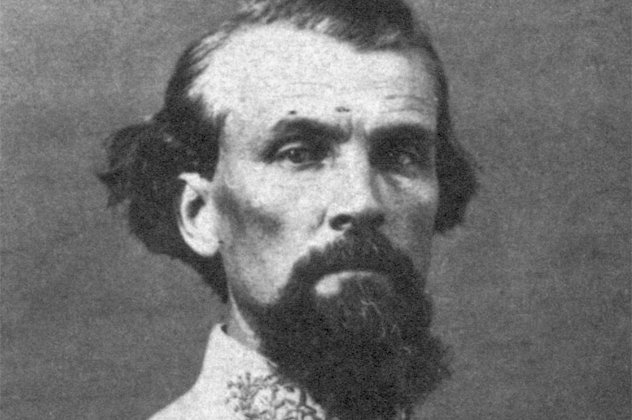 Confederate General Nathan Bedford Forrest wasn’t known as the “Wizard of the Saddle” for nothing. Other than being famous for his role in the bloody massacre of defeated Union troops in Fort Pillow, Forrest also had a reputation for being an extremely innovative cavalryman who constantly outwitted his opponents. A perfect example of his military cunning came during the disastrous Union raid on Alabama in April 1863. With a force of 1,700 men led by Union Colonel Abel Streight, the Jackass Cavalry—so named because the men rode on mules—hoped to destroy the local railways that had been supplying the Confederates in Tennessee. Forrest, with a force of only 500 men, tracked and harassed the Union raiders, who finally retreated to the small town of Cedar Bluff.

Forrest met the cornered Streight and demanded his unconditional surrender. To convince the Union officer that he had a large force at the ready, Forrest had his men and artillery pieces march back and forth several times across a neighboring ridge. Seeing so many Confederates, the stubborn Streight finally relented and surrendered his forces. After realizing Forrest’s trickery, Streight demanded that he and his men be released so they could have a proper fight—a demand which was ignored by the Confederate general. 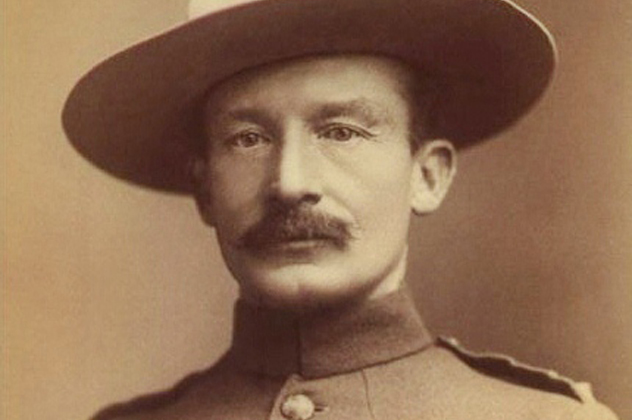 Aside from his eccentric personality and his role in founding the Boy Scouts, Robert Baden-Powell also earned fame for his successful defense of the South African city of Mafeking during the Second Boer War. With a force of just 1,500 men, Baden-Powell realized that he needed to employ deception tactics against the 8,000-strong Boers to ward them off. So deceive he did, placing fake land mines and nonexistent barbed wire across the city and having his men pretend to cross over them as if they were the real thing—all in full view of the enemy.

Baden-Powell even forged a letter stating that British reinforcements were coming (they weren’t), which he then intentionally “lost” to the Boers, forcing 1,000 of them to withdraw and guard their rear. These successful acts of psychological warfare enabled Baden-Powell to hold out for seven months until reinforcements arrived. Upon his return home, Baden-Powell became a national hero and received a myriad of accolades and promotions.

3Haile Selassie Wined And Dined His Rival Into Submission 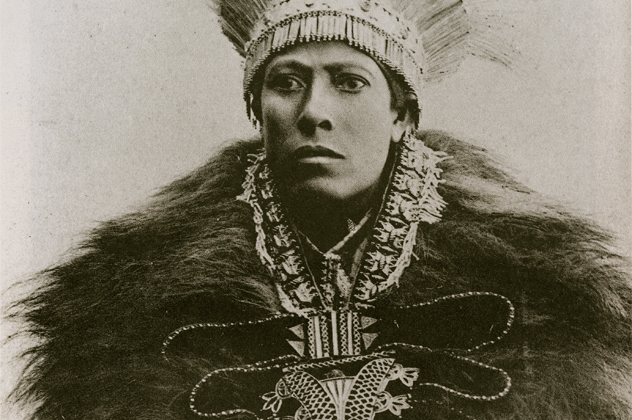 Ras Tafari Makonnen (better known as Haile Selassie) proved that he had the shrewdness needed to survive the world of politics. Faced with a powerful rival in the person of eunuch Balcha Safo, Selassie employed a classic deception that would go down in history. In 1928, he invited Balcha—then governor of a province—to his palace so that he could honor him with a banquet. Balcha, who was also a formidable warrior who had fought against the Italians in the 1896 Battle of Adwa, went to the capital and stationed 10,000 soldiers outside the city.

Distrustful of Selassie, Balcha also brought 600 of his finest men with him to the banquet. There Selassie played the perfect host and complimented him at every turn. Eventually, Balcha’s men began to drop their guard and drink heavily. After the feast, Balcha and his men departed back to their camp—and saw no one there. While they been inside the palace, one of Selassie’s men had gone to their camp and bribed the men to lay down their arms and disappear. Although Balcha later escaped to a church, he soon found himself surrounded by Selassie’s men. Faced with no other alternative, he surrendered and agreed to stay in a monastery for the rest of his life. 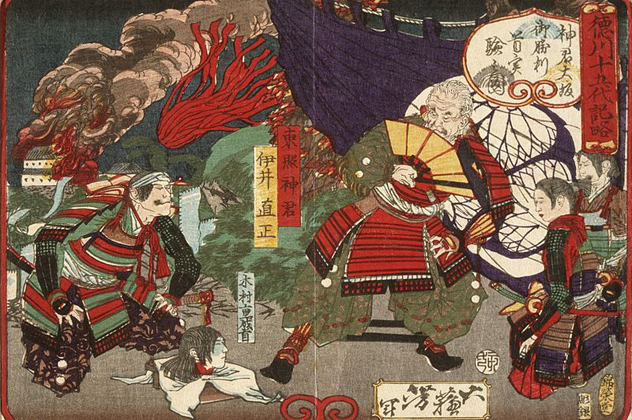 The Empty Fort Strategy is a defensive deception tactic that involves falsely leading the enemy to believe that an ambush is waiting for him in an unguarded area, thus compelling him to retreat. Although the strategy has been heavily embellished in novels, such as the Romance of the Three Kingdoms, one well-recorded account of this strategy came during the Battle of Mikatagahara in October 1572. In this particular battle, Takeda Shingen and his numerically superior army soundly defeated Tokugawa Ieyasu’s much smaller force.

Tokugawa, hoping to avoid complete annihilation, sounded the order to retreat back to their castle. Along the way, he ordered that torches be lit along the roads and that the gates be kept open. To make the bluff more believable, one of his generals also beat a large drum on top of a tower near the gates. Incredibly, Tokugawa’s gambit worked: Takeda and his forces, upon seeing the whole spectacle, decided against entering the castle and opted to settle for the night instead. When darkness fell, a small force from the castle descended upon the camp and wreaked havoc, forcing Takeda and his men to retreat. 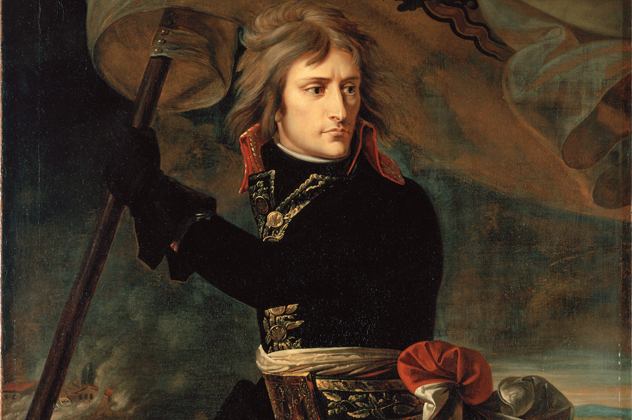 During the Battle Of Schongrabern in November 1805, which saw France squaring off against Austria and Russia, two of Napoleon’s more intrepid officers took a critical bridge from the Austrians without firing a single shot. French Marshals Jean Lannes and Joachim Murat realized that they needed the heavily guarded bridge to cross the Danube. Since they knew that the Austrians had rigged the entire bridge with bombs, they decided to take it through guile instead of force.

With just a handful of men, the two officers casually strolled across the bridge in full view of the perplexed Austrians. Unfazed by the occasional shots in their direction, the men boldly declared to their foes across the river that an armistice was now in effect and that the bridge would be transferred to the French. When one Austrian solder tried to blow up the bridge, Lannes berated him and said that doing so would mean a serious criminal offense. At this point, the Austrian general who was tasked with defending the bridge showed himself to the marshals. Ignoring his subordinate’s insistence that this was all a trick, the general ordered his men to withdraw from the bridge. Trickery had prevailed.