Men outnumber women in prison by far, and this difference is even greater on death row. The vast majority of people executed in the United States are men. And yet some women do find themselves walking the green mile. Here are the 10 who did so most recently.

In 1998, Suzanne agreed to marry 59-year-old Louis “Buddy” Musso. It was no ordinary engagement. Buddy was mentally disabled, and Basso’s promise to marry him was only a trick to lure the man from New Jersey to Texas.

Here, Basso and five accomplices—including her own son—abducted the man, beat him, tortured him, and left him dead on the roadside.

Justice caught up with the murderers. All were arrested, and investigators discovered that Suzanne had killed Buddy for his life insurance money. After 15 years on death row and a failed last-minute appeal, Basso was executed in February 2014. She decided not to make a final statement.

“This is not a loss,” said 52-year-old Kimberly McCarthy, moments before officials administered lethal injection. “This is a win. You know where I’m going. I’m going home to Jesus. I love you all . . . God is great.”

In 1997, McCarthy had sneaked into the home of her neighbor Dorothy Booth, a 71-year-old retired college professor, under the pretext of borrowing some sugar. She stabbed the old lady five times. She wanted to steal Booth’s diamond ring, but it seemed stuck on the woman’s hand. Kimberly got around this little obstacle by slicing Booth’s finger off—Booth was still alive at the time, but she soon died from her injuries.

McCarthy was addicted to cocaine and had robbed Booth to fund the habit.

In October 2002, Theresa Lewis seemed to suffer a major tragedy. In the middle of the night, two men entered her trailer and shot her husband and stepson. Theresa phoned the authorities, but the boy, Charles, was already dead. Her husband Julian moaned “baby, baby” as police arrived and soon succumbed to his wounds.

But Julian had said something else to police before he died: He’d said, “My wife knows who done this to me.” And police soon realized that Theresa had waited over half an hour after the shooting before calling them—and she’d emptied her dying husband’s wallet in the meantime. In the weeks that followed, she made further attempts to illegally access the dead man’s money. Eventually, police got the woman to confess that she’d hired the assailants. One of them was even her lover.

Teresa’s case gained notoriety because she was said to have an IQ of 72. Under US law, anyone with an IQ of 70 or lower escapes the death penalty. Numerous protests demanded clemency for Teresa, but they were ultimately fruitless. In 2010, Teresa Lewis had her last meal and received lethal injection.

Women in this list were somewhat prone to getting lured by generous insurance benefits. Such was the case with Frances Newton. In 1987, for insurance money she allegedly shot her husband Adrian and their children—Alton, 7, and Farrah, who’d yet to celebrate her first birthday.

Frances never stopped claiming innocence. According to her, Adrian used and sold drugs. He owed money to his dealers, who caught up with the man and shot him and his children. In addition, the evidence seemed dubious, and some was destroyed during the investigation.

Nevertheless, the court decided Frances had killed her husband and children. Consequently, she was condemned to die.

In 2005, after numerous appeals and an equal number of rejections, Frances was executed. She refused to make final statement and a lethal dose was administered. Then she turned her head toward the witness rooms and tried to say something. However, the drugs took effect and nothing was heard. 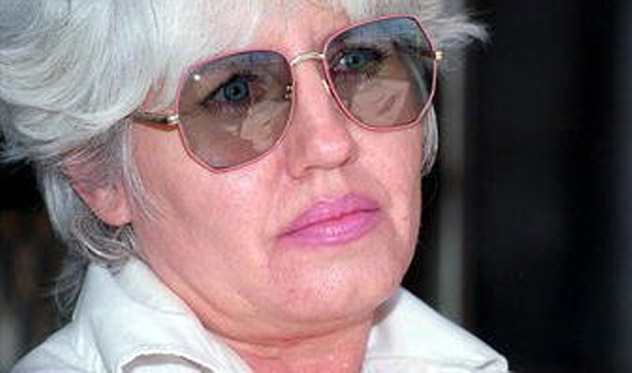 In 1983, 35-year-old Lynda Lyon married Karl Block, who was 33 years her senior. Karl, who had lost his only son years previously, wanted a male heir to carry his name. One year after the nuptials, Lynda bore him a son named Gordon.

Lynda then developed an interest in politics. She began attending Libertarian Party meetings, and then her anti-governmental views became increasingly radical. Her marriage also came to an end. By 1992, Karl and his wife were separated over money issues. In addition, Lynda already had a lover named George Sibley. The two shared similar political views and had met at a Libertarian rally.

One day, Karl, Lynda, and George had an argument that ended with a stab wound in Karl’s chest. He survived, Lynda and her lover were arrested, and messy prosecution followed. Lynda and George ultimately were released on bail to await their sentence.

Then the two escaped, taking Lynda’s nine-year-old son with them. Their car stopped at a local Walmart, where it attracted the notice of local police officer Roger Motley. He approached the vehicle, and within minutes, he and George Sibley were exchanging fire. Preoccupied with Sibley, Motley failed to notice Lynda until it was too late. She ran toward him from behind and kept shooting. The wounds were fatal. Roger Motley died later that day.

George and Lynda fled but were caught soon after. They were tried and sentenced to die. Throughout the trial, in some confused expression of her anti-government beliefs, Lynda refused to cooperate with her attorneys and refused to appeal. 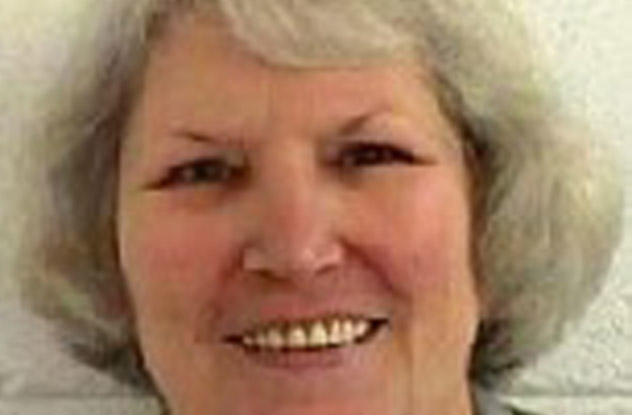 There is nothing a mother wouldn’t do for her child. Lois Nadean Smith, however, might have taken her devotion for her son Greg a little too far.

One summer morning in 1982, she and Greg picked up the son’s ex-girlfriend, Cindy Baillee, from a motel. Lois interrogated the girl about bizarre rumors that she was arranging Greg’s death. The young woman denied the accusations, of course, but Lois wasn’t satisfied.

Lois choked Baillee and stabbed her in the throat. Then she drove to her ex-husband’s house, where she taunted Baillee with a pistol before finally pulling the trigger. Cindy fell out of her chair, and Lois jumped up and down on her neck. Then she shot the woman some more, firing a total of nine times.

Greg received a life sentence. Lois was condemned to die, and in 2001, after 19 years on death row, she received lethal injection. 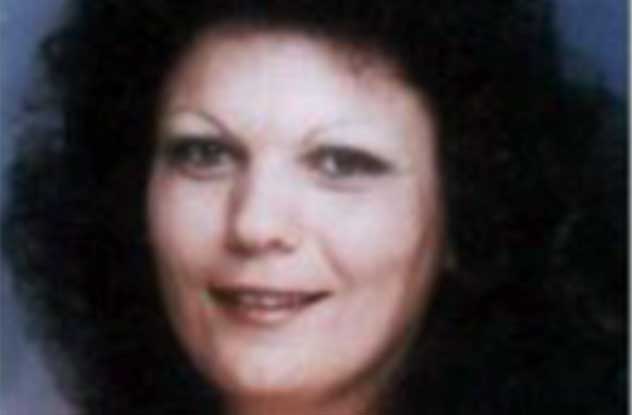 Yet another woman seduced by insurance money, Marilyn orchestrated the murder of her husband Jim to claim $300,000 that should’ve landed in her hands if he died.

In 1988, 27-year-old Plantz recruited her 18-year-old lover Clifford Bryson and his friend Clinton McKimble to help her with the killing. One night, the two youngsters attacked the man in his home with baseball bats as Marilyn listened from the neighboring room. The two men dragged the beaten husband to his truck and set him on fire, while Marilyn stayed behind to clean the blood stains from the carpet.

Although even Jim’s relatives initially insisted she was innocent in his murder, the black widow was charged and was found guilty. She was executed in 2001.

The Execution of Wanda Jean

“Father, forgive them, they know not what they do,” whispered Wanda Jean just before a lethal dose of poison entered into her veins. Her crime: the bold and violent killing of her lover Gloria Leathers.

Gloria met Wanda in prison, serving a sentence for murdering a childhood friend. Later, both women were released, and their relationship continued.

But there was no happy ending. One day in 1988, Gloria called her mother and the two headed for the police station together to file a complaint against Wanda for stealing some of Gloria’s clothes. Wanda followed them and then shot her former lover—in front of her mother. Gloria died four days later.

Wanda Jean was arrested, tried, and convicted to die. Despite a long string of appeals and numerous protests, she was executed in 2001. 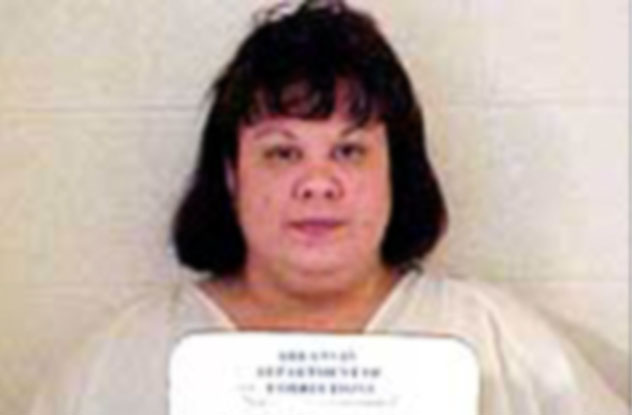 In 1997, Christina Riggs gave her five-year-old son Justin and two-year-old daughter Shelby some antidepressants to sedate them. Then she injected a large dose of potassium chloride into her son’s neck.

Christina hoped that it would kill her son painlessly. However, the concentrated chemical proved agonizing, and the child woke up screaming, so his mother smothered him with a pillow. Since the poison had not worked as expected, Christina skipped that part with Shelby and suffocated her straight away.

Finally, she wrote suicide letters, injected herself with potassium chloride, and took a large dose of antidepressants. “I can’t live like this anymore,” she wrote in her final letter, “and I couldn’t bear to leave my children behind to be a burden on you or to be separated and raised apart from their father and live knowing their mother killed herself.”

The next day, Christina was found by her mother, rushed to the hospital, and revived. She was subsequently tried for the murders of her children. Even though she initially claimed that she was innocent on the grounds of insanity and depression, Christina would later request the death sentence and prevent attorneys from putting on a defense.

In contrast with the other cases of this list, Riggs did not wait for her punishment for a decade or more. She was executed in 2000 by a lethal dose of potassium chloride.

Just before her execution, Karla was a nice and attractive woman who was well liked by all around her and married to her prison chaplain. Her case attracted a massive outcry, sympathy, and even pleas for clemency from the Pope himself. None of the many attempts to avert her fate helped Tucker, and she eventually was executed.

Tucker secretly snatched the keys to Dean’s apartment from his sister Shawn. She and Daniel entered Jerry’s home with an accomplice. There, Karla put a pickaxe to Dean’s head and told him not to move. When he started to beg for his life, she hit him, either with her bare hands or with a hammer. Karla herself later claimed that every time she struck Jerry, she had an orgasm.

Jerry wasn’t yet dead. He began to gurgle. Enraged, Tucker grabbed the axe and plunged it into his body multiple times. The murderers then discovered one more person in the room—32-year-old Deborah Thornton was hiding under a pile of sheets in the corner. They hacked her to death as well.

The next morning, a co-worker of Dean’s discovered the victims. Thornton’s body still had the pickaxe in it.

The killers were arrested, convicted, and sentenced to die. Daniel died in jail before the execution could take place. Karla, on the other hand, was tied to a gurney and received her shot of poison.