These monarchs didn’t settle for a time-out or a slap on the wrist when they felt that their children were misbehaving. Being the child of a monarch could prove to be deadly as these royal kids found out the hard way. Here are 10 monarchs who felt that crowns were thicker than blood. 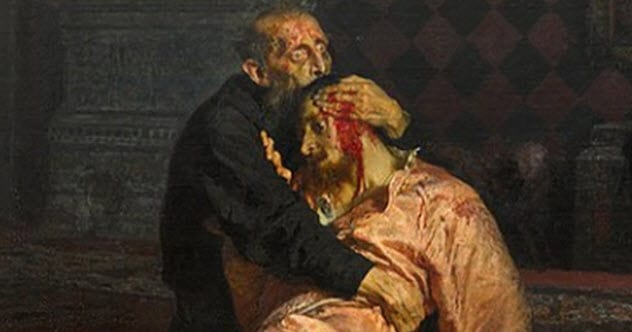 Ivan IV of Russia (aka Ivan the Terrible) had a son, Ivan Ivanovich, with his first wife, Anastasia Romanovna. Ivan the Terrible enjoyed literature and music. He also tortured small animals as a boy.

As an adult, he defeated the Khanates of Kazan and Astrakhan, uniting them with Russia. Like a worse version of Henry VIII, Ivan had eight wives. Each wife was found dead under mysterious circumstances, was murdered, or was sent to a convent. He transformed Russia from a medieval state into an empire.

He beat his pregnant daughter-in-law, who was not properly dressed, and caused her to miscarry her child. His son confronted him. In a fit of rage, Ivan the Terrible struck his own son on the head with a pointed staff and killed him. This murder was immortalized by Russian realist artist Ilya Repin in one of the most haunting paintings ever created.[1]

Among all the horrendous things Ivan the Terrible did in his life, his killing of his own son still stands out as one of the worst. There was no line Ivan the Terrible would not cross. Even worse, Ivan Ivanovich was his only capable son.

9 Herod The Great And His Sons, Alexander And Aristobulus 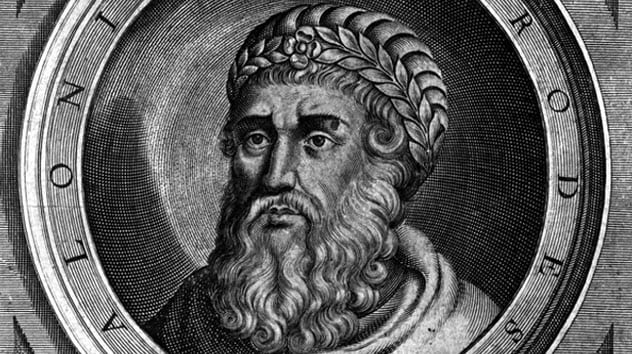 The Christian Bible has painted Herod the Great in a negative light and blamed him for the “slaughter of the innocents” as recounted in the New Testament’s Gospel of Matthew. As the king of Judea, Herod supposedly ordered the deaths of all male children aged two and younger in the vicinity of Bethlehem. He was born to a high-ranking Roman officer named Antipater the Idumaean. Herod the Great rebuilt Jerusalem, including the temple, and promoted Hellenistic culture.

He was not a complete monster, but he wouldn’t win father of the year. Besides murdering other people’s kids, Herod the Great killed his own children. Antipater II deftly incited the aging king’s anger with rumors of his favored brothers’ disloyalty. Herod became paranoid by this and acted swiftly.[2]

Herod the Great ordered that Aristobulus and Alexander be strangled to death on charges of treason in 7 BC. (Some sources say 8 BC.) 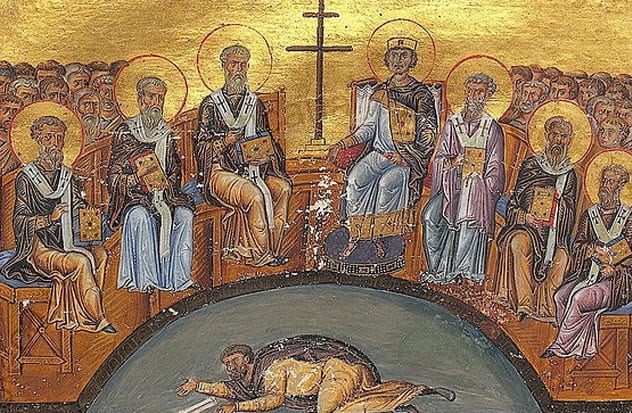 On January 14, 771, Irene gave birth to a son named Constantine VI before she became the first female ruler of the Byzantine Empire. She came from a noble family in Athens.

Irene became regent in her son’s place when he was given control of the land. Unpopular for his military defeats, Constantine VI would soon be betrayed by his mother.[3]

She had Constantine blinded and imprisoned in 797. Irene organized her own rebellion and eventually killed her son, thereby claiming sole rulership over the empire as empress. Nobody got in her way of seizing power, not even the child to whom she had given birth. Irene’s reputation did not stop her from becoming a saint in the Eastern Orthodox Church.

7 Constantine The Great And Crispus 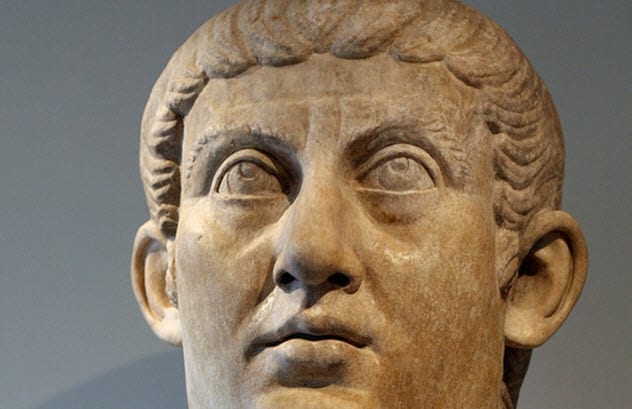 Emperor Constantine converted the Roman Empire to Christianity, ending the abuse of Christians and the worship of Roman gods. He lived most of his life as a pagan and converted to the once-hated religion on his deathbed. He signed the Edict of Milan which said that Christians should be free to practice their faith as they pleased.

Like many emperors, Constantine produced an heir named Crispus. Loved by his soldiers, Crispus was the leader in victorious military operations against the Franks and the Alamanni. Receiving his education from the Christian writer Lactantius, Crispus was married to a young woman called Helena, who bore Crispus a son.

Constantine was proud of his son’s accomplishments and very pleased to become a grandfather. Being a married man with an heir and military victories would make any father proud.

However, Constantine’s second wife, Fausta, reportedly accused Crispus of trying to seduce her.[4] Constantine killed Crispus in a fit of rage. Later, Constantine discovered the charge to be false and had Fausta suffocated in her bath. Christian forgiveness had its limits.

6 Abbas I Of Persia And Mohammad Baqer Mirza 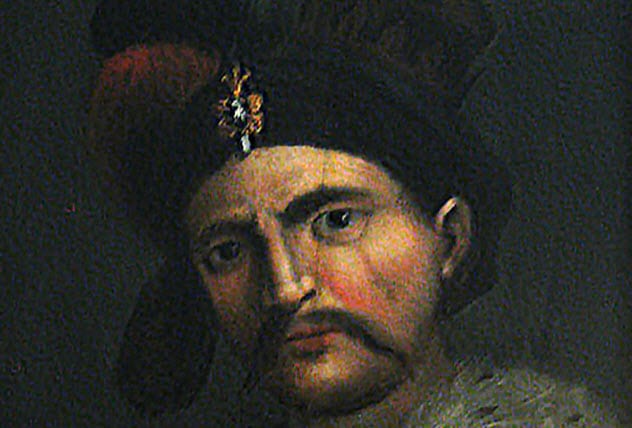 Abbas I was considered the greatest ruler of the Safavid dynasty, one of the most significant ruling dynasties of Iran. He was a military genius who saved his country from the brink of collapse, built prosperous cities, and welcomed Christians to his country. He was willing to learn from people in foreign nations, especially Europeans.[5]

Mohammad Baqer Mirza, the crown prince of the Safavid dynasty during Abbas’s reign, was born to one of his Christian Circassian wives. Unfortunately, Mohammad was caught in one of the intrigues of the court and conspired with Circassians. Abbas I had his heir apparent killed and handed the throne to his grandson instead. 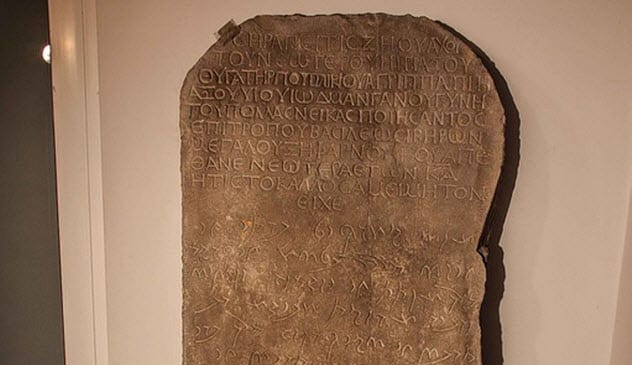 Pharasmanes I was a king of Iberia during the first century. His son Rhadamistus had ambition, extraordinary strength, tall stature, and good looks. But he did not have patience. He waited in frustration for his father to meet his maker, so Rhadamistus could become the next king.

The Iberian prince reigned over the Kingdom of Armenia but was considered a usurper. The Romans demanded that Pharasmanes withdraw from Armenian territory and remove his son.

Rhadamistus was overthrown and forced to flee for his life. His pregnant wife feared capture and convinced Rhadamistus to kill her. He stabbed her, murdering her and their unborn child. Then he threw her into the Aras River and decided to return home.

Pharasmanes wanted to prove his loyalty to Emperor Nero of Rome, so he executed Rhadamistus as a traitor. The king of Iberia did not live long after that himself and was succeeded by his son Mihrdat.[6] 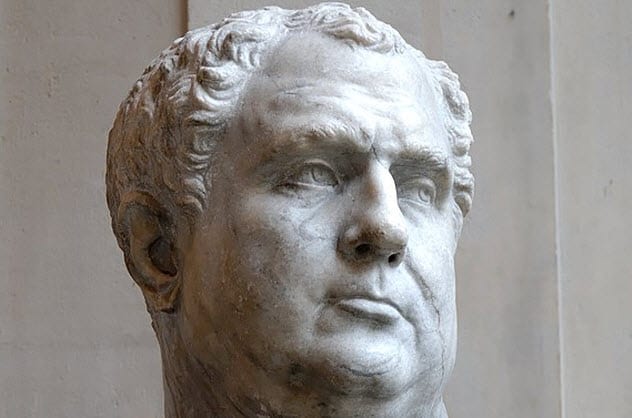 Vitellius was the son of Lucius Vitellius, a consul and former governor of Syria, and a noblewoman, Sextilia. Vitellius was a Roman emperor for eight months. He won the favor of three emperors: Caligula, Claudius, and Nero.

Caligula was impressed with Vitellius’s chariot racing. Claudius admired how well Vitellius played dice. Finally, Vitellius caught the eye of Nero due to both talents. After Nero’s death, Rome was plunged into chaos. Galba and Otho became Roman emperors but were viciously deposed. Vitellius did not fare better.

He was said to eat three or four heavy meals a day, usually followed by a drinking party. He had a bad relationship with astrologers. He banned them from Rome and executed any astrologers he came across.

The new emperor had a son named Petronianus who was blind in one eye and emancipated from his father’s control as a result of being named his mother’s heir. It is not surprising that someone who was close to Nero would poison his own son to get his son’s inheritance.

Vitellius tried to escape Rome disguised in dirty clothes.[7] However, he was captured by Vespasian’s men. While pleading for his life, the half-naked emperor was dragged through the streets, tortured, killed, and thrown into the Tiber. Vespasian was named the new emperor. 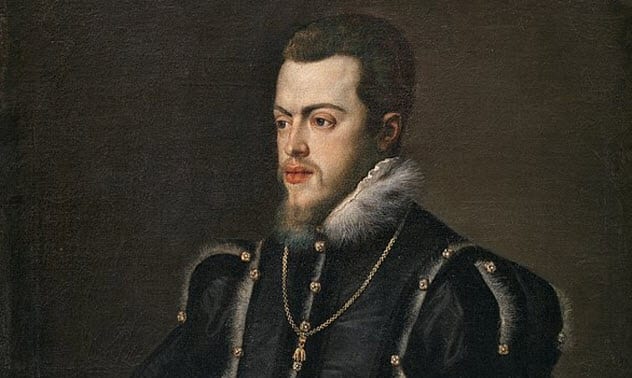 Maria Manuela of Portugal, the wife of Philip II of Spain, died after giving birth to his heir. The child, Don Carlos, had one shorter leg and shoulders of different height. He also had mental deficiencies.

For example, Don Carlos enjoyed riding his horses to death and beating little girls. He also thought that diamonds were poisonous. He was going to inherit his father’s throne by birthright, but it was clear that Don Carlos was not fit to be king.[8]

In 1568, Don Carlos was pronounced dead—rumored to have been poisoned by his own father. 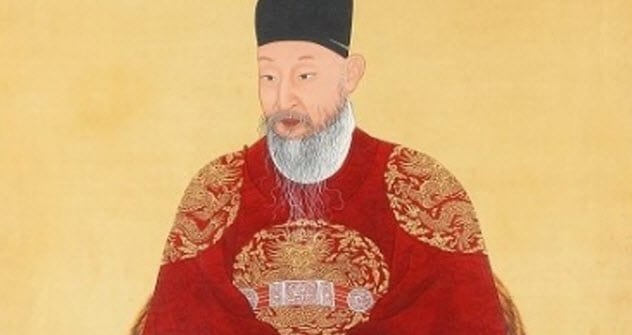 Prince Sado was a royal Korean crown prince who was sealed in a rice chest and starved to death by his father, King Yeongjo. The king was a hard man to please. So when his son, Sado, grew up to be a disturbed young man, it made things worse.

It got so bad that after speaking a few words to his son, the king would always rinse out his mouth, wash his ears, and change into a fresh robe. Prince Sado idolized his father but never earned King Yeongjo’s approval.

Sado was accused of holding the severed head of a eunuch he had killed as well as assaulting and raping many ladies-in-waiting. Being unloved and frowned upon by his father, Sado descended into madness.

The tragic relationship between father and son was destined have a bitter end. The crown prince was stripped of his royal title and ordered to get into a cramped, wooden rice box. He spent his last eight days screaming for mercy from the king. He was only 27 years old.[9]

1 Peter I And Alexei 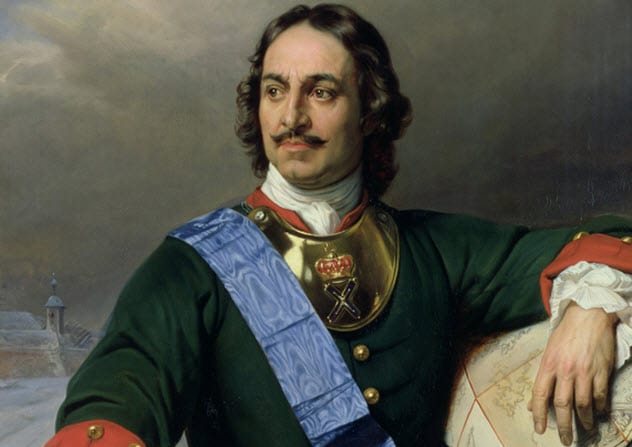 Peter the Great was named after Peter, one of the 12 apostles of Jesus Christ. Peter the Great’s goal was to make Russia into a superpower and modernize the country. For example, he was the first Russian ruler to promote secular education and numerous secular schools were opened during his reign.

Although he continued to achieve his goals, his role as a father was also a challenge. Peter’s tsarina, Eudoxia, was a conservative who was uneducated and disliked foreigners. Naturally, she deeply opposed Peter’s reforms and even took a lover outside of their marriage. Peter also found himself in the arms of a woman who wasn’t his wife.[10]

Their son shared his mother’s traditional views. Eudoxia made sure that Alexei’s education was restricted to Bible readings and other religious lessons. Peter I did not spend too much time with Alexei due to his bad relationship with Eudoxia.

Alexei held no love for Peter the Great and saw him as a threat. His brief defection to Austria scandalized the Russian government. Under his father’s orders, Alexei was tortured. Peter the Great eventually had his son executed.

For more chilling execution stories, check out 10 Executions As Told By The Executioners and 10 Executions That Were The First Of Their Kind.