It may sound hard to believe, but children become hit men, too. Like adults, all they need is to be trained. Child assassins are usually very effective at their jobs, killing tens of victims before they are caught or assassinated themselves.

Their startling effectiveness shouldn’t be too surprising, if you think about it. Childhood is closely linked with innocence, and most people will not be too suspicious when they see a kid straying close to them. The following ten child hit men used that tendency to their advantage. 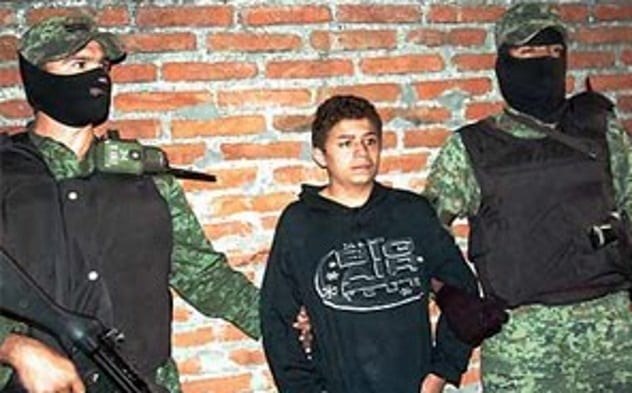 Edgar Jimenez Lugo (aka El Ponchis) was a ruthless killer and notorious child hit man of Mexico’s South Pacific Cartel. He is infamous for kidnapping and torturing his victims before slitting their throats with a knife. When he wanted things less graphic, he just beheaded his victims.

Lugo is suspected in taking part in over 300 murders after scoring his first kill at the age of 11. This came to an end in 2010, when he was arrested at a Mexican airport where he and his sister planned to board a flight to Tijuana. He was just 14. Lugo said he wanted to cross into the US from Tijuana so that he could reunite with his mother in San Diego. He is a US citizen, by the way.

Lugo was sentenced to three years’ imprisonment for beheading four people and dumping their bodies under a bridge. He completed his sentence and attempted crossing into the US. Obviously, he cannot remain in Mexico, since he will be the target of rival hit men. A perfect example of an occupational hazard, if we may say.[1] 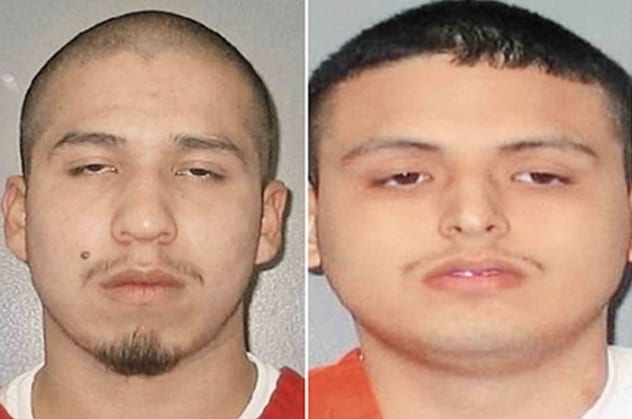 The Wolf Boys were a small team of two professional teenage hit men, Gabriel Cardona (right above) and Rosalio Reta (left). Both are American citizens and worked for the notorious Los Zetas drug cartel of Mexico. Cardona joined the cartel in 2004, when he was just 17. He received combat training from gang members and Colombian mercenaries before receiving specialist training to become an assassin.

Using his American passport, Cardona frequently traveled into the United States to carry out hits against the cartel’s enemies on the US side of the border. He was on a salary of $500 a week but was paid up to $10,000 per hit. Once, he was arrested after assassinating a corrupt ex-Mexican police officer in Laredo, Texas. He cooked up a convincing story and was released.

He assumed the role of commander when he returned to Mexico. Using his new position, Cardona recruited Reta, his 13-year-old childhood friend, as a hit man. The duo plagued Mexico and the border cities of the US, raining down a mix of horror and terror. Reta was more ruthless. He once killed a man in the presence of his wife and three-year-old child. After his arrest, he bragged about feeding his enemies to white tigers.

Things took a wrong turn for the Wolf Boys after Cardona was arrested in Laredo, Texas, in 2006. Reta was soon picked up in Mexico and extradited to the US for trial. Cardona was handed an 80-year sentence for killing four people. Reta got 70 years. He is suspected to have killed 30 people.[2] 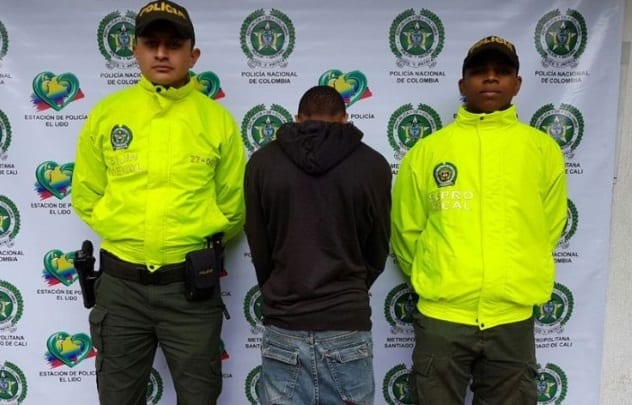 A teenage hit man only identified as Frijolito (meaning “Little Bean”) is known to have been the leader of the Los del Ave drug gang in Colombia. He is known to be personally responsible for the death of over 30 people in Colombia. Frijolito was probably obsessed with the whole gun-for-hire thing. His nickname was inspired by a novel of the same name, the plot of which revolved around hit men in Colombia.

On February 2, 2017, Colombian police picked up an unnamed 17-year-old they suspected of being the elusive Frijolito. The boy was a killing machine and had started his bloody career when he was just 12. He was sent to a juvenile detention center, where he will remain until he reaches 18, at which point he will be transported to a proper prison.[3] 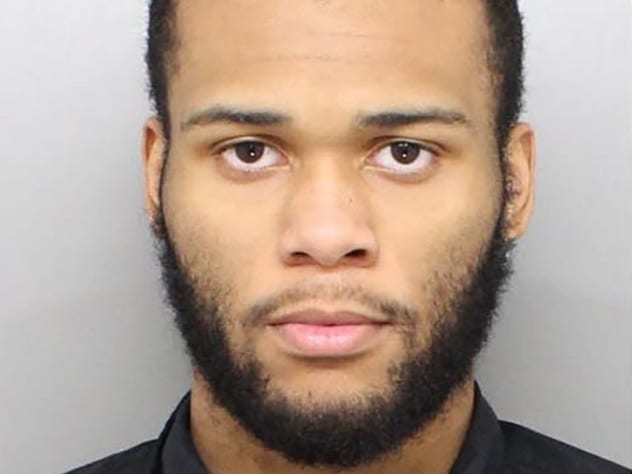 In 2018, 19-year-old former hit man Andrew Lavender of Cincinnati was sentenced to life imprisonment without the possibility of parole for shooting 36-year-old Ceran Lipscomb in the back of the head when he was 16. Little is known about Lavender’s career as a hit man, since he is not talking. He refused to implicate whoever paid him to kill Lipscomb or even talk throughout his trial.

Lavender’s trial was a lonely one. Not a single family member showed up to support or console him. Even in prison, Lavender still wants vengeance against the people who testified against him in court. We know this because prison officials overheard him telling his mother during a visit.[4] 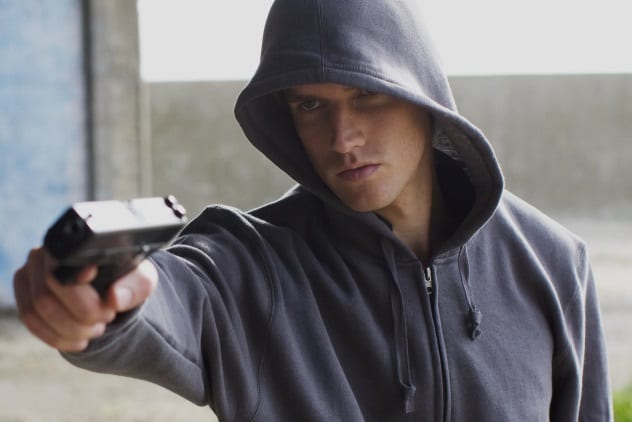 Leon Haynes, 17 years old, wasn’t just an amateur hit man; he was a terrible one, too. He had just started his assassin career when he flopped on his very first murder. He and Covi Henry, a 24-year-old gang mate who was supposed to teach him all he needed to know about drug life, had gone on a murder operation in Chorlton-on-Medlock, Manchester, in 2008.

Their target was an unnamed 24-year-old whom Henry had already threatened to kill. The duo approached the victim, and Haynes was supposed to take the shot. Instead, he mistakenly shot Henry in the neck. Nevertheless, Haynes still hit his intended target with four bullets to the arm and stomach.

Haynes took Henry away, and the victim went to a hospital. Both men survived. Police later picked up Haynes and Henry that same day. Haynes was given an indefinite sentence that will see him serve at least 12 years for his crimes, while Henry received eight years.[5] 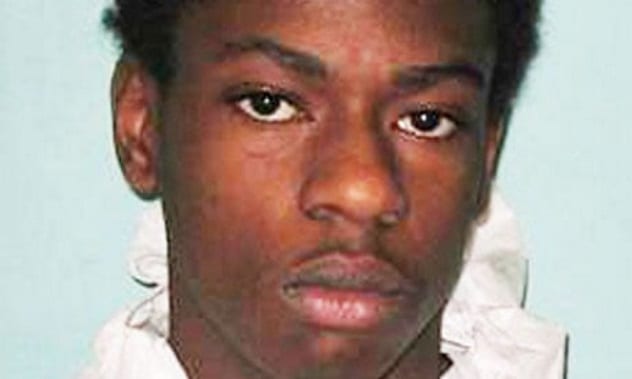 In 2010, 22-year-old Izak Billy contracted Santre Sanchez Gayle (aka Riot), a 15-year-old cannabis dealer, to assassinate 26-year-old Gulistan Subasi. On the night of the murder, Gayle went to Subasi’s home in Hackney, East London, and shot her the moment she opened the door. Subasi was preparing to celebrate her son’s birthday that night.

Gayle fled the scene after the shooting. While the incident was caught on CCTV, he remained unidentified. Unfortunately, Gayle’s lips were too loose for a hit man. He boasted about the killing to another teen, who reported him to the police. Gayle was promptly arrested. 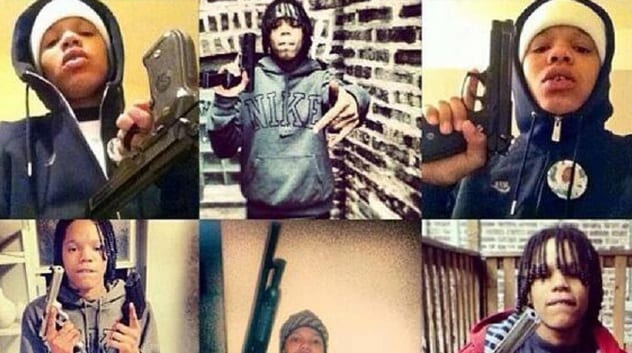 Gakirah Barnes (also known as K.I.) was 14 when she committed her first murder. She is suspected to have killed a second person before she herself was murdered in April 2014. She committed both murders to avenge the deaths of her gang friends.

Barnes was a member of the Fly Boy gang and was involved in a turf war between Tookaville (the name her gang called their territory) and O’Block, the territory of the rival gang. Both are in Chicago. Tookaville and O’Block were named after Shondale “Tooka” Gregory and Odee Perry, two gang members who were killed during the turf war. Odee Perry was murdered by Barnes.

On April 11, 2014, Barnes was walking down a street when an unidentified person snuck up and shot her to death. She was 17. Before her death, she was famous for boasting of her crimes, hurling threats at rival gangs and mourning her dead gang members on social media. At one point, she was mentioned in a rap music video where she was called the “young killa.” In her fashion, her gang members mourned her on social media by posting several pictures in which she posed with guns.[7] 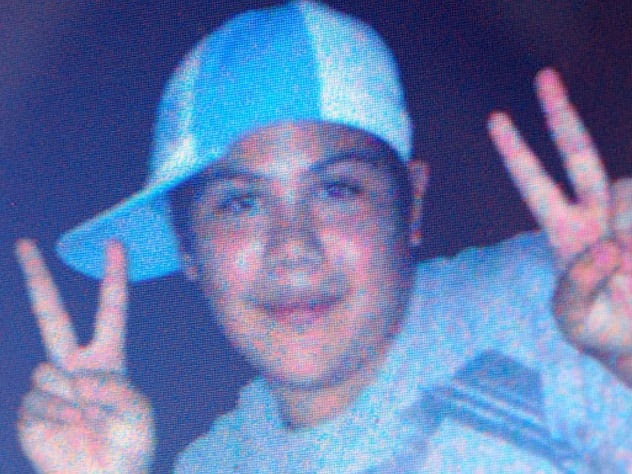 On February 4, 2013, Mexican authorities arrested 13-year-old Jorge Armando Moreno Leos for gang activities. Moreno Leos was a hit man and confessed to involvement in ten murders. However, he could not be prosecuted because he was a minor. He was sent to a juvenile center, from which he was later released because he was under 14.

Moreno Leos’s freedom would not last long, as he was assassinated less than a month later. The unidentified killers took him and five others (four women and one man) to the side of a highway, where they were shot to death. The identities of the five other victims could not be immediately verified, although one of the women was suspected to be Moreno Leos’s mother.[8] 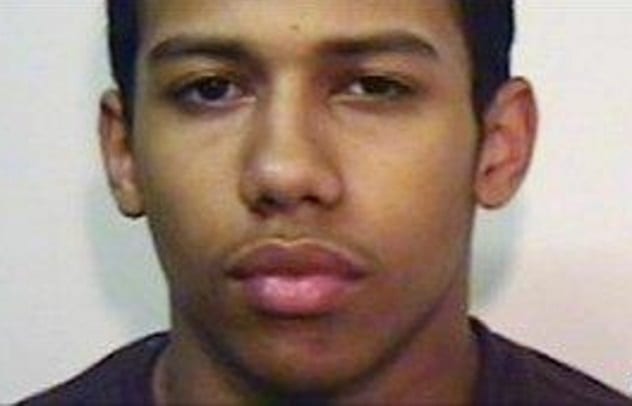 On May 11, 2009, someone shot Giuseppe Gregory just outside a pub in Stretford, Greater Manchester, United Kingdom. Investigations led police to Moses Mathias, a 15-year-old who was on the run. In the meantime, police arrested Njabulo Ndlovu (18) and Hiruy Zerihun (19), who both received life imprisonment for their involvement in the murder. They must serve 21 and 23 years, respectively, before they could be eligible for parole.

Mathias was arrested two years later. Police suspect he, the victim, and the two other teenagers had been involved in a gang war. They suspect the killing was revenge for the January 2008 shooting of 16-year-old Louis Brathwaite. Mathias denied the accusations and claimed he was only robbing the pub when he mistakenly shot Gregory. He received a life sentence and must spend 18 years in prison before he could be eligible for parole.[9]

Mathias returned to the news in 2012, after he was caught updating his Facebook profile from prison. Using an alias and a smuggled phone, he complained about the boring prison life and uploaded pictures of his shirt, watch, and workout. He was taken into solitary confinement, and the Facebook page was deleted. 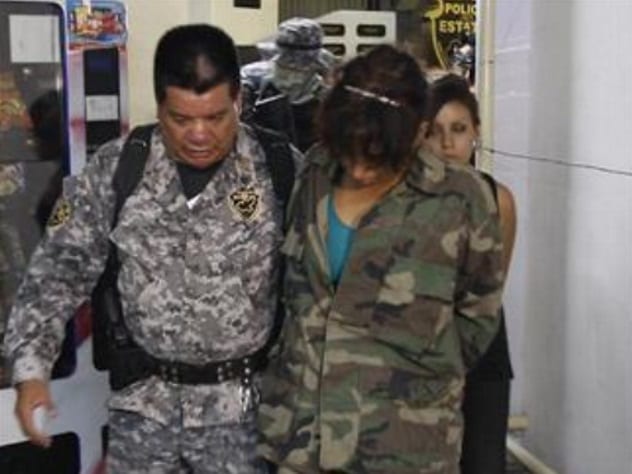 Maria Celeste Mendoza and Isela Sandoval, both aged 16, were hit women of the infamous Los Zetas cartel before their arrest in 2011. However, police could not confirm whether they had killed anyone. Both confessed to receiving firearms training from the cartel but denied they had ever killed anyone. Mendoza added that she was paid 12,000 pesos every two weeks.

The arrest of the girls was a surprise to Mexican authorities. While drug cartels are known to use boys as hit men, it had been unheard-of for them to use girls. In recent years, teenagers have become more prominent in the Mexican drug scene. Most are school dropouts who are lured to the world of crime with money.

According to the Network for the Rights of Children in Mexico, 30,000 children work for criminal groups in Mexico, and many more are willing to work for them. Mexico’s attorney general said that most children who get involved in gang life rarely survive beyond four years before they are killed.[10]

Read more chilling tales of cold-blooded professional killers on 10 Deadly Assassins Who Stalked The Cold War and Top 10 Hitmen of the Sicilian Mafia.