Among all natural disasters, earthquakes stand out as the least predictable and the most destructive. The extensive damages they cause that have made them feared since antiquity. Since there are no scientifically proven means of predicting earthquakes (at least, not yet), the only lesson that we’ve learned from past quakes is that mitigation is more reliable than forecasting. It’s important that, rather than adopting techniques or practices based on myths (e.g. standing in doorways during an earthquake), we educate ourselves about the importance of earthquake engineering as the best way to minimize damages and save thousands of lives.

For centuries, eyewitnesses have reported seeing mysterious lights appearing in the sky moments before or during major earthquakes. The lights were described alternately as bright flashes, blue flames, or faint rainbows that emerge from the ground and sometimes stretch up to 200 meters (650 ft). Before the 1960s, geologists dismissed these reports as hallucinations, as no photographs or video footage existed. However, this changed in the mid-1960s, when series of earthquakes hit Nagano, Japan, giving skeptical geologists an excellent chance to document and finally acknowledge the phenomenon.

Several theories have been proposed to explain how earthquake lights form. One of them includes disruption of the Earth’s magnetic field by piezoelectric effect, which is caused by quartz rocks in the tectonic stress region. However, since not every major earthquake is preceded by lightning, these theories haven’t yet been investigated. 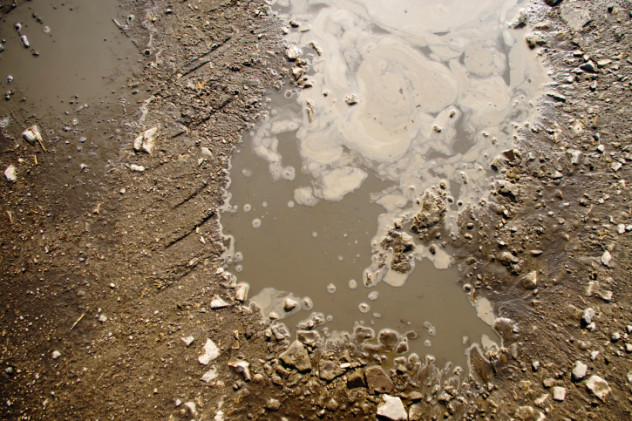 Many of us are familiar with quicksand, which has earned notoriety in movies and cartoons for swallowing people. In reality, quicksand is not as scary as we thought as children. However, another form of quicksand, called soil liquefaction, is truly worth our fear.

In addition to tsunamis and landslides, liquefaction is an adverse effect of earthquakes. This phenomenon occurs when loosely packed, water-saturated soils are subjected to strong earthquake tremors, causing the soils to lose strength and stiffness. As a result, any object relying on the soil for support (e.g. buildings, roads, or vehicles) will simply sink or fall over. This scenario was demonstrated in 1964, when the combination of a quake and poor subsoil triggered liquefaction that destroyed or damaged 16,534 houses in the city of Niigata, Japan. Liquefaction was also largely blamed for the colossal damage to roads, cars, and other structures that occurred during the 2011 Christchurch earthquake. 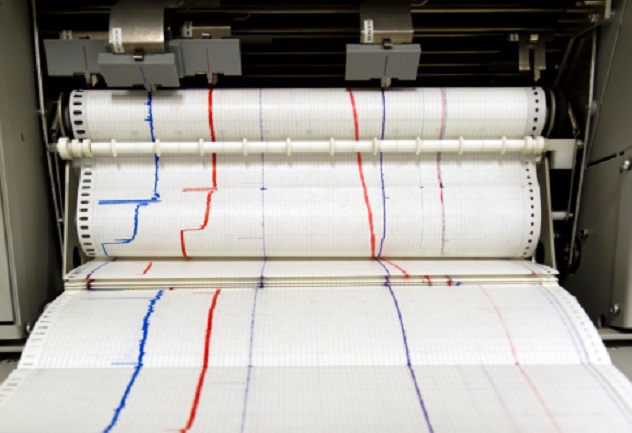 The sight of collapsed buildings, dead bodies, and traumatized citizens might seem like the end of an earthquake’s terror. Unfortunately, that is not always the case, according to the earthquake storms theory. Conceived by Stanford professor Amos Nur after studying several ancient and modern earthquakes which he believed were related, the theory suggests that a single earthquake can trigger a series of other large quakes along the same tectonic plate boundary. The subsequent quakes might take place months or even years apart.

Nur’s theory is supported by series of large earthquakes that occurred along the North Anatolian Fault in Turkey between 1939 and 1999. Out of the 13 major quakes that hit the area, seven occurred in a systematic way. Each successive earthquake took place in a segment of the fault that was immediately west of the previous quake. Nur attributed the cause of earthquake storms to the stress transfer that occurs following every quake. 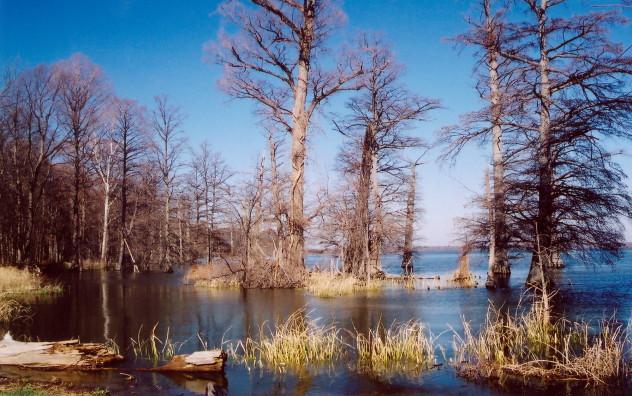 You might think that earthquakes bring nothing but death and destruction, but that is not entirely true. The Reelfoot Lake in Tennessee is a good example of earthquakes’ positive effects. The lake was created during the New Madrid earthquakes that occurred in the Mississippi Valley between 1811 and 1812. When one of these quakes struck the region, several eyewitnesses reported seeing the Mississippi River flowing backward for several hours. This phenomenon was caused by a “fluvial tsunami” in the river.

The quake also caused an area subsidence, ranging from 1.5–5.9 meters (4.8–19.2 ft) in depth, which invited the river’s water in and formed a lake. Over the years, the new lake had transformed into a natural habitat for a variety of animal and plant species. In the present day, Reelfoot Lake is a popular location for boating, hunting, and fishing activities. 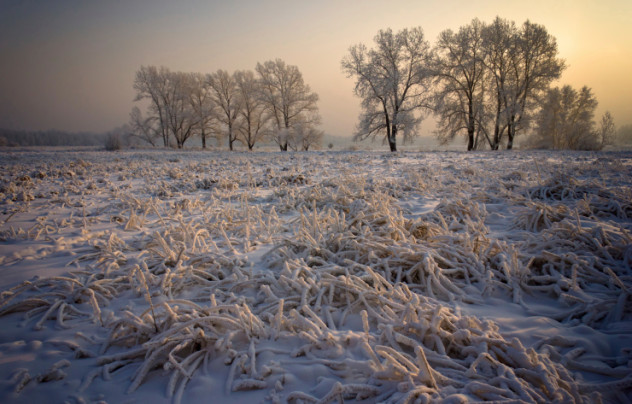 Ice quakes (also called frost quakes or cryoseisms) happen when the moisture trapped beneath the ground suddenly freezes and expands. Such sudden expansion builds up pressure, which is then released, causing the ground to crack and a loud booming sound to escape. Ice quakes have been reported in Canada and the northeastern United States, where they were often mistaken for earthquakes.

This rare phenomenon can occur when temperature rapidly drops to subzero. It might be accompanied by similar tremors, but unlike an earthquake, the effects of a cryoseism are localized, as the vibrations they create do not travel very far. In some cases, people only a few hundred meters away from the epicenter do not hear or notice anything.

Because of their rarity, there isn’t much scientific data about cryoseisms. Most of the information we have is based on news reports and witness accounts. It is believed, however, that cryoseisms are generally harmless, with exception to the terrifying noises they produce that may wake a whole city at night.

5The Cities That Moved 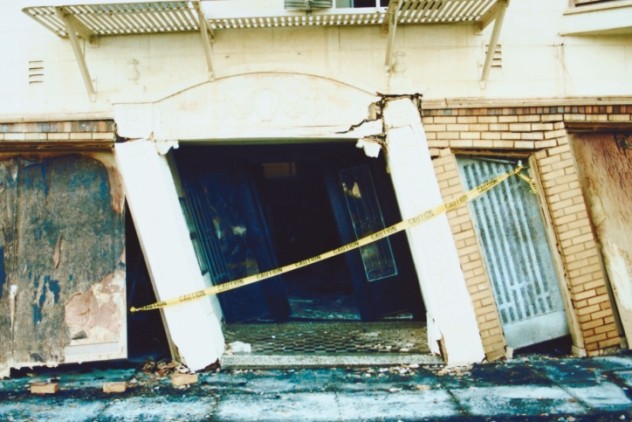 Chile is known for being the home of some of the world’s largest earthquakes. This is because of the country’s proximity to the so-called Ring of Fire, where two of the Earth’s tectonic plates are pushing against each other.

In 2010, one particular earthquake was labeled by the science community as one of the most important earthquakes ever studied. This compliment is, of course, not for claiming the lives of 523 people and leaving 1.5 million homeless. It’s for the quake’s sheer power that shifted the entire city of Concepcion 3 meters (10 ft) to the west.

Concepcion was not the only city displaced by the quake. Other affected cities include Chilean capital Santiago, which shifted about 28 centimeters (11 in), and Buenos Aires, which still managed to move almost 4 centimeters (1.5 in) despite being 1,300 kilometers (810 mi) away. These changes were observed by teams from four US universities, who compared GBS measurements of the area before and after the 8.8-magnitude quake. 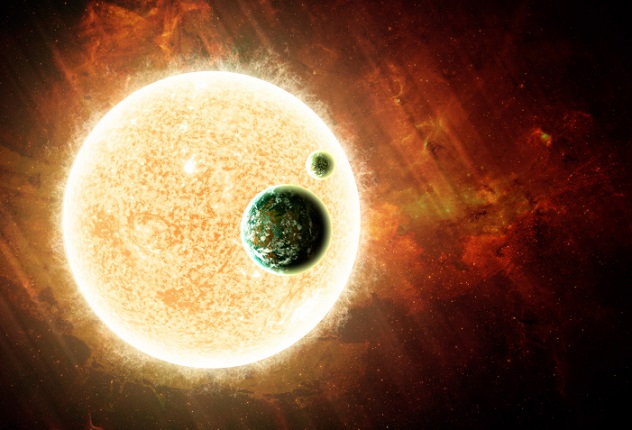 Quakes are not exclusive to our planet. According to scientists, even the Sun experiences seismic waves similar to those produced by quakes on Earth. The phenomenon, which is referred to as a sunquake, was first observed on July 9, 1996, when a solar flare generated a quake that contained 40,000 times the energy released in the devastating 1906 San Francisco earthquake.

The sunquake, which was equivalent to 11.3-magnitude earthquake, produced waves that resembled water ripples as they spread. However, unlike water ripples that travel at a constant velocity, the waves from the sunquake accelerated from an initial speed of 35,000 kilometers per hour (22,000 mph) to a mind-melting 400,000 (250,000 mph) before fading into the background of the Sun’s photosphere. According to Dr. Craig Deforest, a researcher with NASA and ESA, the energy released was equal to covering the Earth with dynamite and detonating them all at once. 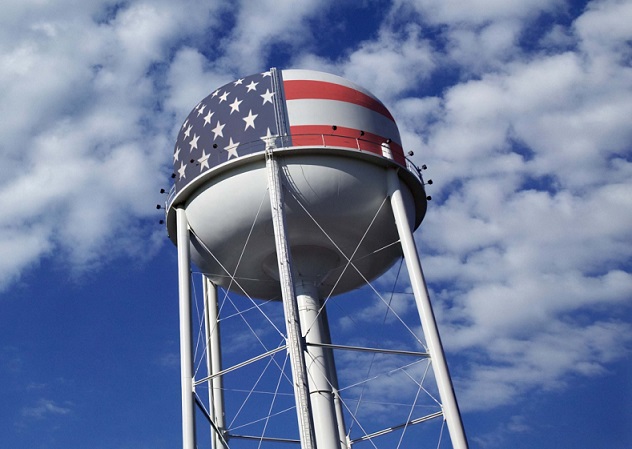 Our impact on Earth is not limited to the air, land, and sea. It extends deep below the Earth’s crust, where it’s most vulnerable. As we know, quakes are naturally caused by movement of the Earth’s tectonic plates, but human activity can also produce earthquakes of various seismic impact.

One of the major causes of unnatural quakes is the injection of fluids, such as oil or water, deep into the ground for industrial or environmental purposes. The fluids increase underground pore pressure, which may weaken nearby faults. Once pore pressure reaches its threshold, the fault will slip, releasing tectonic stress in the form of an earthquake.

Another cause of unnatural earthquakes is groundwater extraction, which was responsible for the devastating 2011 Lorca earthquake, according to scientists. The quake was a result of water being sucked out of the ground to supply the town. The subsequent loss of water caused stress changes in the Earth’s crust, which eventually led to the quake. 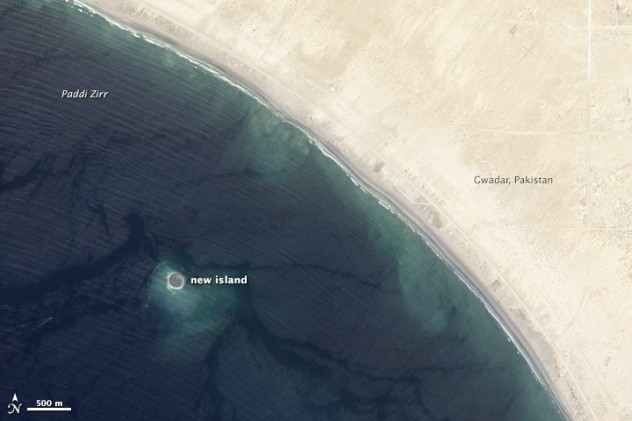 On the morning of September 24, 2013, a 7.7-magnitude earthquake struck southwest of Balochistan, Pakistan. This was followed shortly by the appearance of a new island 2 kilometers (1.2 mi) off the coast of the city of Gwadar. The island, which was given the name Zalzala Jazeera (“The Quake Island”), is thought to be a mud volcano.

Despite the significant local and international attention it received, the island’s appearance wasn’t a surprise to some. Older residents of the coastal town recalled seeing an island that appeared in the same spot after a quake that shocked the coast in 1968.

Measuring 18 meters (60 ft) in height and over 175 meters (576 ft) in length, Zalzala Jazeera has become a popular tourist attraction in the region. However, this might not last for long, as images taken by NASA Satellite has shown that the island has started to disappear back into the ocean. 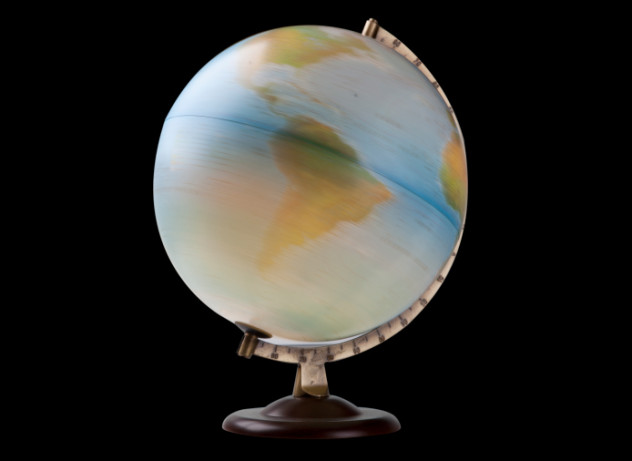 Besides moving cities, liquefying soil, and creating massive tsunamis, earthquakes are also capable of speeding up our planet’s rotation. This is what NASA scientists observed in the aftermath of the 8.9-magnitude earthquake that hit the coast of Japan in 2011. Their analysis has revealed that the intense temblor has accelerated the Earth’s spin, shortening the day by 1.8 microseconds. This speedup was caused by a shift in the planet’s mass distribution, as more mass was moved toward the equator.

This is not the only time such an effect was reported. The same thing happened in the Sumatra earthquake of 2004, which shortened the days by 6.8 one-millionths of a second. It occurred again in the 2010 Chilean earthquake, which accelerated Earth’s rotation by 1.26 one-millionths of a second. While these changes might seem fairly small, the combined impact of every earthquake of similar magnitude and effect in history could be significant.