Medicine has changed a lot over the years, but you’d be surprised at the unconventional nature of some of the medical procedures we’re still using today. These are 10 of the most bizarre medical treatments of our times. 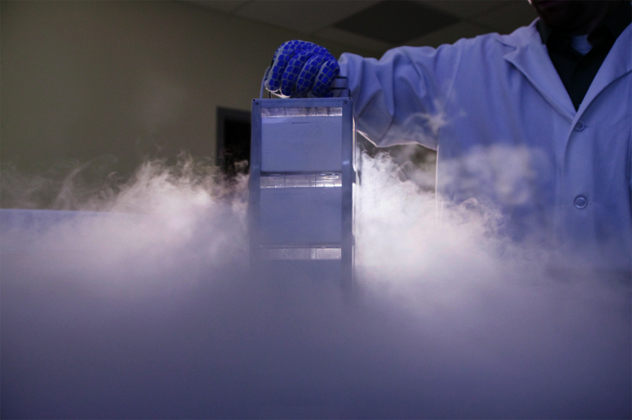 Cryogenics is a specific area of scientific research that deals with extremely low temperatures. You’ve almost certainly heard of the recent fad of getting frozen in a cryogenic chamber in the hopes of being revived by superior technology in the future. As it turns out, cryotherapy also has uses in current medicine and is being increasingly used to cure diseases like skin cancer.

The process largely consists of putting liquid nitrogen on a piece of cotton and applying it to the affected area. The only catch is that the part of skin treated with this method cannot be looked at or studied under a microscope because the frigid nitrogen literally burns it, so it’s hard to get an accurate biopsy of the diseased tissue after the treatment. There are also a few side effects—for one thing, you can expect pain and blisters for days due to the burning. There could also potentially be scars, but a little disfiguration is nothing compared to an effective treatment for cancer. 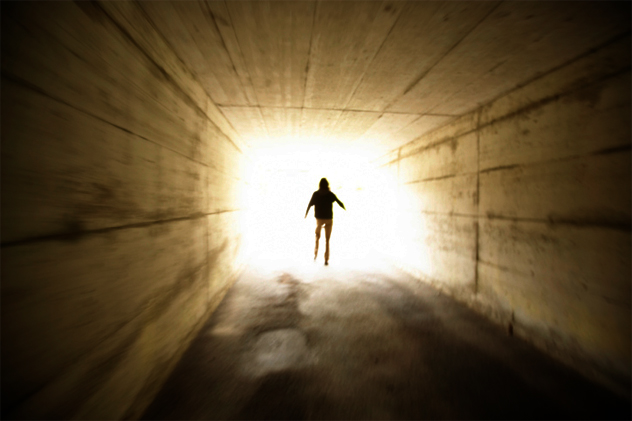 Rebirthing therapy is precisely what it sounds like—a therapy in which you pass through a very tight area in order to recreate your birth. The idea is to make you feel the same way you felt back then, which is supposed to refresh your senses and make you experience the miracle of infancy again. The therapy involves being passed through pillows, which are pressed together by the therapists to replicate the birth canal. Breathing might become difficult in the middle of it, but that’s just part of the process.

If that sounds a bit weird, law enforcement thinks so, too. The procedure has had its share of controversies, and quite a few people have reportedly died from it in the past—maybe because of the breathing thing we mentioned earlier. As it stands now, the therapy is illegal in Colorado and North Carolina. 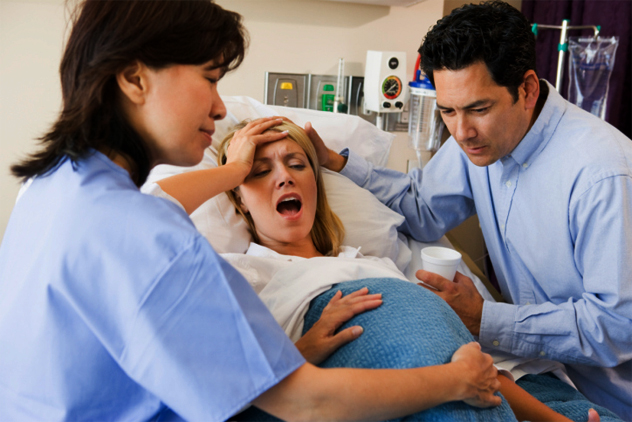 Symphysiotomy is a procedure by which the pelvis of a pregnant woman is manually widened to allow for childbirth in lieu of a caesarean section. In places without apt medical equipment, saws are used to cut it wide enough for the child to pass through comfortably. That might sound like something from medieval history, but the procedure was widely used by Irish doctors between the 1940s and 1980s. The women were often not told in advance what the doctors intended to do, and the consequences were often horrendous. The victims weren’t able to walk, and they usually developed infections and back problems—basically, all the things you’d expect from having your body cut up with a saw.

The issue has only come to public light recently, and there are plenty of survivor groups fighting for justice even now. Some medical bodies have issued their apologies to the victims, and more survivors are now coming out with their stories in light of the increased media attention. 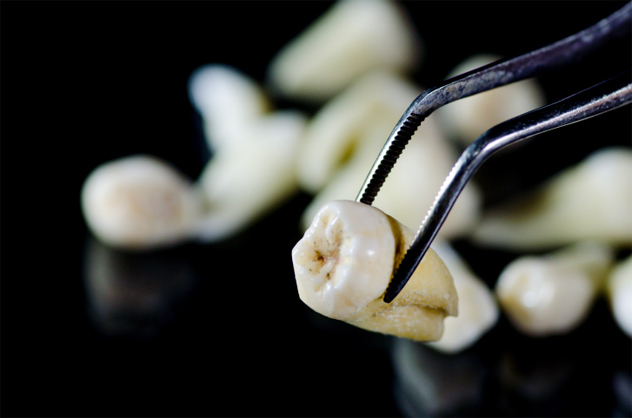 Osteo-odonto-keratoprosthesis is a procedure for blind patients with damaged eye tissue. It involves pulling one of your teeth out and implanting it in your damaged eye. And it works—the transplant is based on the idea that once the body senses a tooth instead of, say, a mechanical implant, the body won’t reject it. A part of the jawbone is surgically separated for the process, then they drill a hole through the tooth to hold a prosthetic lens.

Once the transplant is successful and it’s been accepted as a part of the body, the doctors can replace the tooth with an artificial hold. The procedure is not yet widespread, but it has helped a number of people regain their eyesight. The doctors who perform this surgery have had a fair rate of success, and it might be fairly common in the future. 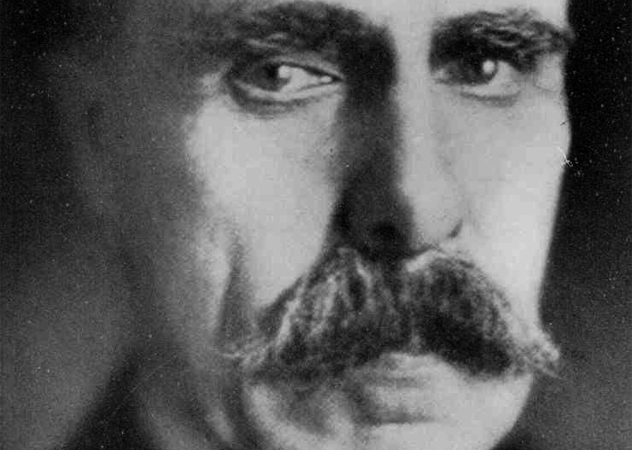 Julius Wagner-Jauregg was the first of the only three people to have ever received a Nobel Prize in the field of psychiatry. Wagner-Juaregg was also one of the few psychiatrists to treat his patients through biological means, such as infecting them with malaria to cure diseases like syphilis. He was one of the doctors in charge of the psychiatric asylums in early 20th-century Austria, where the patients were coming down with a range of illnesses like pneumonia and typhoid.

Inspired by these cases, he started experimenting with deliberately giving people malaria to see its effects on other, unrelated diseases, which largely turned out to be successful. Wagner-Juaregg was working at the same time as Sigmund Freud, who was also from Austria, and even though Freud never won a Nobel, his psychoanalytic approach to psychiatry became much more popular than Juaregg’s biological one in the rest of the world. 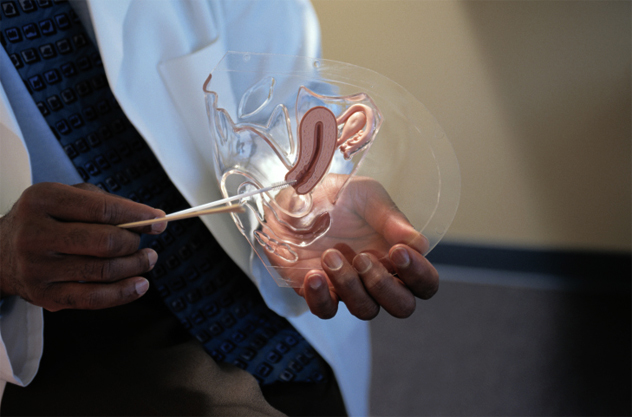 If you want your G-spot to perform better than it usually does, G-Spot Activation therapy is probably for you. The procedure is meant to make it easier for a guy to locate it by literally increasing its size. After numbing it with anesthesia, they inject the G-spot with chemicals to artificially increase its size for a healthier sex life. The criteria for getting the injection is quite strict, though—you should be a sexually functioning female who knows where her G-spot is, and you shouldn’t have any other problems, like allergies or a loose vagina.

The procedure is very brief, and you can probably get back to having sex within hours of getting the shot. It’s been surprisingly successful—in a study done on women who had gotten the procedure, about 87 percent were found to be satisfied with the results, with better orgasms, increased libido, and a general improvement in their sex lives. 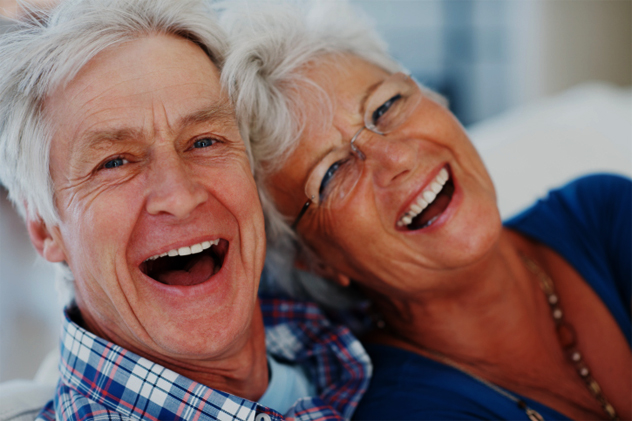 We all know that laughter is good for the body, but you may not have known that raising your hands in the air and laughing like a maniac is an increasingly popular therapy in countries like India. The therapy is largely a result of the efforts of Dr. Madan Kataria in 1970s Mumbai, who can be credited with bringing laughter into mainstream medicine. Laughter therapy is usually done in groups, and Kataria set up the first “laughter group” 40 years ago. There are currently about 5,000 different groups around the world dedicated to just laughing together.

In places where it is the most popular, it’s not unusual to see a bunch of random people throwing their hands in the air and laughing loudly every evening at the local park. It’s not really a sham procedure, either—research does indicate that laughter helps the body produce more warrior cells to fight off diseases. 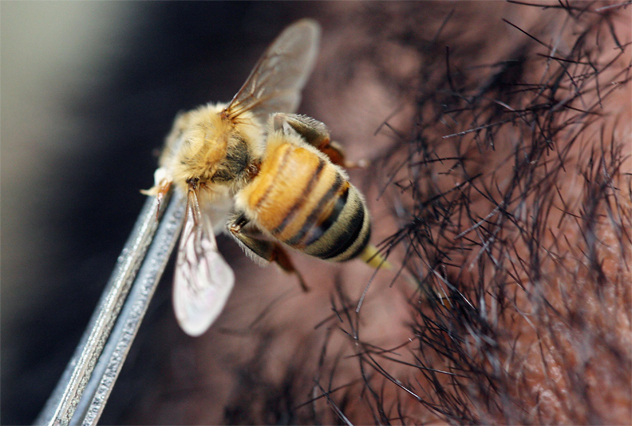 Getting stung by a bee isn’t a lot of fun, but apparently it’s good for you. Apitherapy is based around the idea of finding medical uses for bees, and some of that includes letting them sting you. Practitioners don’t even go through the trouble of injecting the bee venom with a needle—an actual, live bee is held near the skin by tweezers and forced to sting the patient. The bees are often raised by the patients themselves, and some treatments involve getting stung about 80 times a day.

Apparently, bee venom is beneficial against arthritic pain and inflammation, and has long been used against these ailments; the earliest examples of the use of bee venom come from the ancient Egyptians, who used it to treat arthritis. The patients often report positive results from the treatment, so it’s fast catching up as a viable therapy for problems related to pain, like multiple sclerosis and tendonitis. 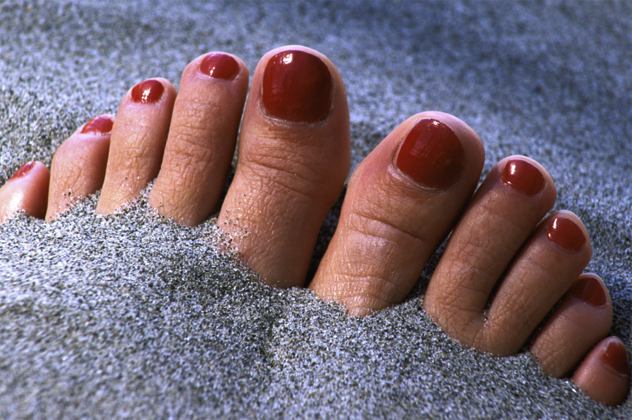 In Siwa, an oasis in the city of Cairo, Egypt, it’s an ancient belief that the hot sand of the desert has some sort of medicinal properties, so travelers and locals routinely allow themselves to be buried in it to rid their body of skin problems and other diseases. First, they dig a hole in the ground in the morning, allowing it to absorb all the good rays of the Sun, and at about 2:00 PM the patient lies down in the Sun-soaked hole. It is believed that the hotter it is, the more effective the treatment will be.

Then they cover the whole body with sand except for the head, which is kept in the shade by blankets set on a couple of sticks. If the ground gets damp with sweat, the wet sand is replaced with dry, hot sand to keep the procedure going. 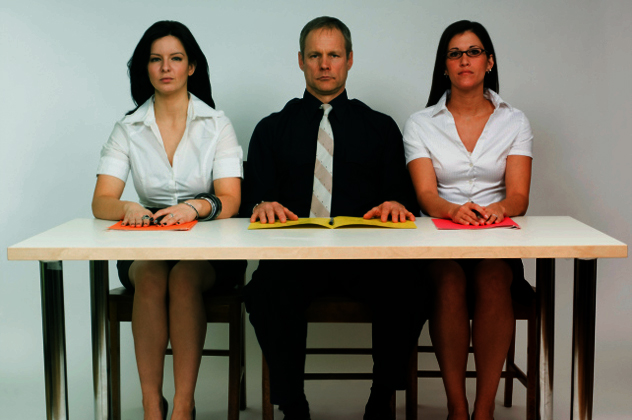 Using three people to make a baby is a relatively new procedure, but it’s being increasingly seen as a legitimate practice. Though mired in controversy, several countries are currently in deliberation over whether or not they will allow three-parent embryos. The main draw is that it would give parents-to-be the ability to prevent genetic diseases from passing on to the offspring.

During the procedure, nuclear DNA from the mother is dumped into a donor’s egg, which has been cleared to leave only healthy mitochondrial DNA. The father’s sperm is added, and the baby is born with genetic material from the mother, father, and the donor. It works because only the mitochondrial DNA from a mother carries genetic diseases, so with that taken out of the picture, the baby is born healthy. Nuclear DNA carries the traits, like eye and hair color, so the baby will still effectively be the offspring of the true parents. The procedure is done through in vitro fertilization, and the embryo otherwise grows up normally.

As we mentioned, the procedure has had its share of problems. It raises questions on whether we should be tinkering with our original design, though it can really help the large number of people who suffer from genetic disorders. Researchers believe that three-way fertilization can revolutionize the medical field, but people opposing it say that if the procedure becomes widely accepted, the next step can only be human cloning—despite the fact that three-way fertilization doesn’t involve genetic modification.