Stories of exorcisms have long captured the fear of the public. While generally associated with the Catholic Church, such accounts have existed since Mesopotamian times. From movies like The Exorcist and countless horror novels on the subject, it is clear that these demonic stories still hold sway over the general public’s imagination.

Demons and possessions are fears shared by many, especially among the religious world. Most experts nowadays agree that “demonic possessions” are simply treatable mental illnesses. After all, it’s not the Middle Ages anymore. Though exorcisms are rarely practiced now, they used to be much more commonplace and could be violent, dangerous, and downright creepy. 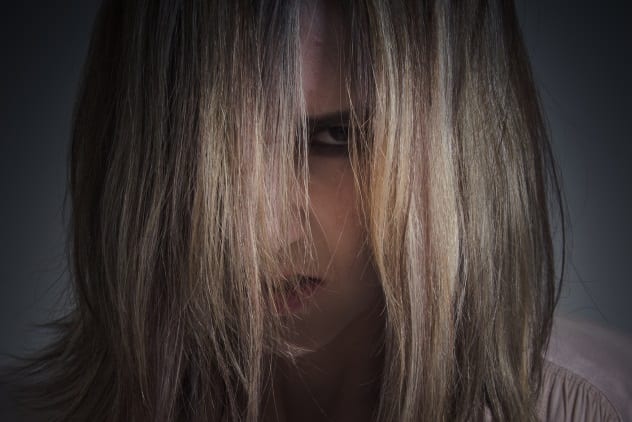 In 1906, Clara Germana Cele, a 16-year-old Christian schoolgirl living in South Africa, was allegedly possessed by a demon. Rumor has it that she made a pact with Satan and, very soon after, began to exhibit signs of possession. She could understand languages like Polish and French, which she had no former knowledge of.

More disturbing, however, was the fact that she would intermittently levitate, vertically or horizontally, 1.5 meters (5 ft) in the air. She attempted to choke the priest who was performing the exorcism on her to death, but it ended in success, and the priest was able to stop her symptoms.[1] 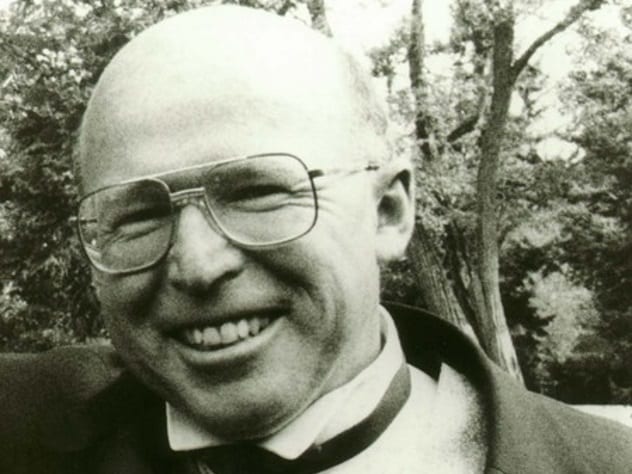 Our next story begins in 1974. A previously unassuming family man, Michael Taylor lived in England with his wife and five children. By all accounts, this was a happy 1970s nuclear family. All of that changed when Mr. Taylor joined a mysterious church known as the “Christian Fellowship Group,” led by a charming and beautiful 21-year-old named Marie Robinson. Marie and Michael soon began spending inordinate amounts of time together, and even leading church services where they would speak in tongues and “exorcise” congregation members. Christine Taylor accused her husband of having an affair with Marie, due to his absences.

This all culminated in a 24-hour exorcism after which the priests, exhausted and terrified, claimed to have removed all but the demons of “insanity, anger, and murder” from the man’s body.[2] Not two hours later, possibly overtaken by these demons, possibly not, he violently and brutally murdered his wife and their dog. Christine’s eyes and tongue were ripped out. Michael was found on the street naked and covered in blood. He was eventually sent to Broadmoor Hospital and has since spent time in and out of psychiatric wards and the court system. 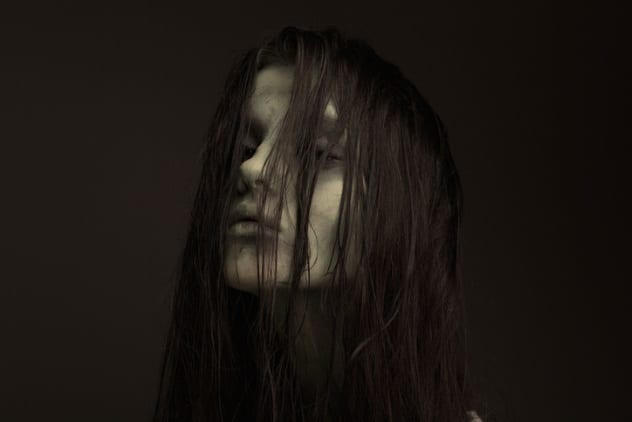 Emma Schmidt, also known as Anna Ecklund, is said to have been possessed by demons in the early years of the 1910s. She was exorcised by the priest Father Riesinger, who would later become a prolific exorcist. While her first bout of demonic possession was cured easily, it was her second exorcism in 1928 (also performed by Father Riesinger), that was the most severe. The ordeal lasted 23 days total, across sessions in August, September, and December. During this exorcism, her eyes stayed closed the entire time, and she was inexplicably vomiting what might have been macaroni and tea leaves, had she eaten anything.

The exorcist asked the demons inside Schmidt how many there were—the response was that there were many but that they were led by Beelzebub and that she had been cursed by her father. Emma violently levitated toward the ceiling and clung there, speaking in tongues and vomiting the macaroni-tea leaves concoction. The nuns in attendance were shaken and terrified, but they managed to restrain her again. At the end of the 23 days, when Father Riesinger had been exorcising Emma for three days straight, she suddenly screamed praises to Jesus and God and was finally free. This is known as the first and last exorcism sanctioned by the Catholic Church.[3] 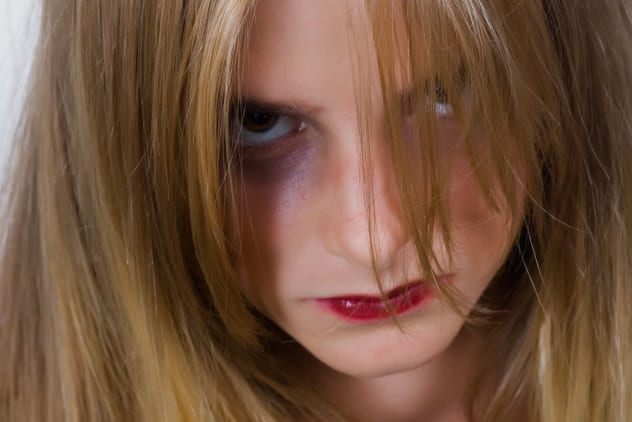 To make things just a little creepier, this case is from 2008 and was performed and documented by Dr. Richard E. Gallagher of the New York Medical College.[4] The patient, who remained anonymous for her safety, was referred to as simply “Julia.” Julia had been in and out of Satanic groups for years. She came to Dr. Gallagher, requesting an exorcism and claiming to be possessed by demons. While she was in her dissociative states, her voice would drastically change to something guttural, distant, and masculine. She would spout insults and threats and was specifically disgusted by religious and sacred artifacts. She would cause objects to fly around the room and spoke in tongues unknown to her.

While Dr. Gallagher was originally skeptical about Julia being afflicted with a true demonic possession, her uncanny knowledge of people on the psychiatric team (and their families, such as death records and illnesses) convinced him otherwise. Like most cases of demonic possession, she also levitated and verbally abused the attending nuns, nurses, and the rest of the medical team. 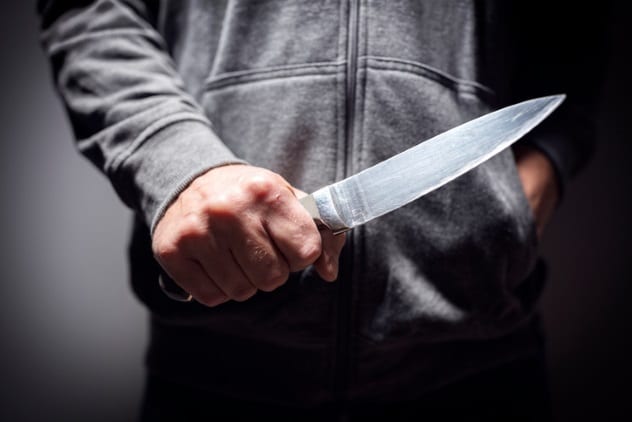 This incredible case is from the early 1980s and is also known as the “Demon Murder Case” or the “Devil Made Me Do It Case.” The incident in question occurred in the town of Brookfield, Connecticut. Arne Cheyenne Johnson, allegedly under the influence of a demonic possession, killed his landlord Alan Bono on November 24, 1981. Johnson was 19 when he murdered Bono by stabbing him repeatedly in the chest.

During the months prior, Johnson was involved with an exorcism of his younger brother-in-law and reportedly taunted a demon to possess him instead of the 11-year-old boy. The defense lawyer in the case, Martin Minella, attempted to use demonic possession as a defense against the first-degree murder charge. Minella wanted to fly exorcism specialists in from Europe and subpoena the priests involved in the original exorcism.[5] However, this defense was eventually overruled after 15 hours of deliberation, and Arne Cheyenne Johnson was ultimately convicted of first-degree murder. 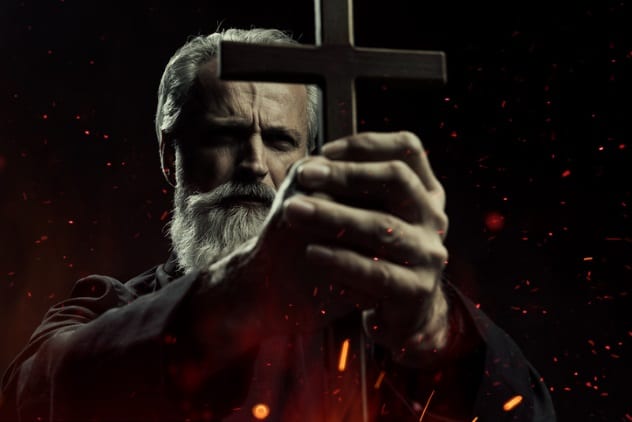 Ronald Hunkeler, known usually “Roland Doe,” is one of the most famous exorcism cases in history. This exorcism shook the quiet community of Cottage City, Maryland, and was the inspiration for the famed 1973 The Exorcist movie. We now know where these events took place: 3807 40th Avenue, Cottage City, Prince Georges County, Maryland.[6]

The first recorded events of demonic activity happened when Aunt Tillie, a close member of the family, died. Religious icons such as the Virgin Mary and Jesus Christ flew off the walls unexpectedly, and there was frequent knocking and beating on the walls, seeming to come from within. This escalated until the unexplained events concentrated themselves on Ronald’s room. The first exorcism lasted from February 28 to March 3, 1949, during which scratches forming the words “Hell” and “Christ” appeared on his body, and objects seemed to move around of their own accord.

The exorcism of March 16, 1949, was the most important and was led by Father Bowdern. Eventually, the family was baptized Catholic, and on April 18, 1949, Hunkeler spasmed randomly, fell to the ground, and quietly proclaimed, “He is gone.” 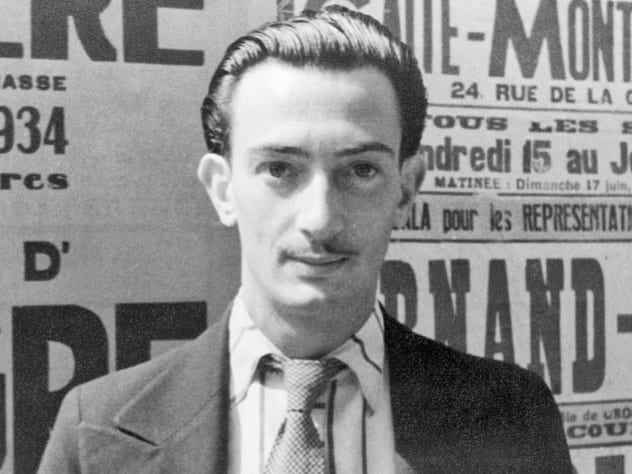 Did you know that Salvador Dali, the famous artist, also underwent an exorcism in 1947? Friar Gabriele Maria Berardi received an original piece from the artist to signify his thanks.[7]

This exorcism reportedly took place while Dali was having frequent episodes and had broken from the Surrealist movement due to ideological differences—perhaps a sign of the demonic possession he was suffering from. 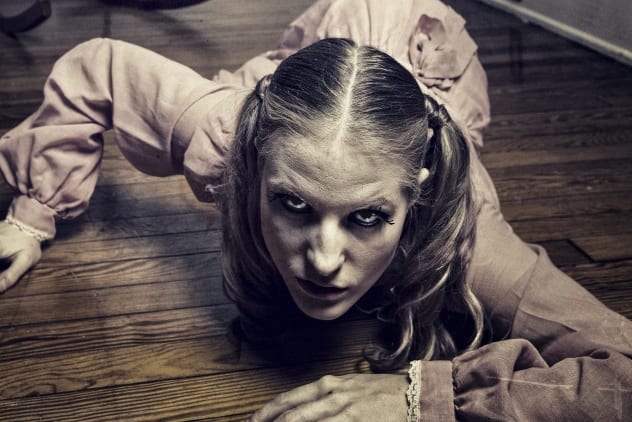 In 1843, Pastor Johann Christoph Blumhart freed a young woman from demonic possession.[8] The woman, named Gottliebin Dittus, was a member of his congregation and reported many classic signs of being possessed—she would levitate and spew filth toward Christ, the Church, and specifically Blumhart. Dark apparitions would appear around Dittus, screaming about fallen angels and specific demons from Hell. During her moments of lucidity, she would plead to Jesus to be saved from the possession and to see the power of Heaven to free her from her torment.

Her convulsions would last periodically over the next year, and there would be regular exorcism sessions during which she was prayed over by the congregation, always led by pastor Blumhart. After one final, intense exorcism session, she was freed and never bothered by demonic possession, convulsions, dark apparitions, or otherwise. 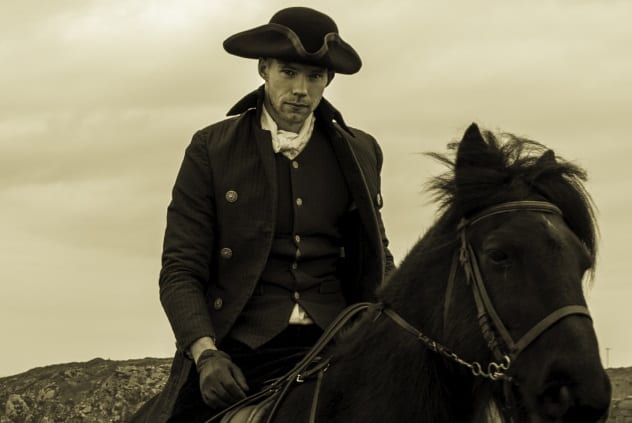 In England in 1788, a 44-year-old man known as George Lukins was possessed and subsequently exorcised by British clergy. Lukins was leading a normal, quiet life when—it is said—seven demons possessed him, necessitating the services of seven clergymen to free him. This all began in 1770, when he was attempting to piously celebrate Christmas. He began to sing in demonic voices, backward in Latin, scaring bystanders.

In 1788, an exorcism needed to be performed after he professed to being inhabited by seven different demons. Seven clergymen, as well as other religious attendants, were called to perform the ceremony on a Friday the 13th at a church in the town. They prayed and sang over Lukins, while he shouted back at them in tongues and claimed to want to demonstrate demonic power to the world of men. Eventually, the demons shouted that they would return to Hell from whence they came and never bother the poor man again.[9] 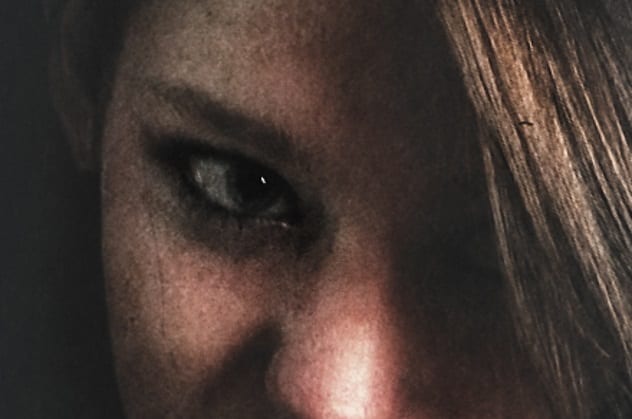 During the colonial era in the New World, right in the Massachusetts Bay Colony, an indentured servant known as Elizabeth Knapp became possessed by demons. She was lured in by promises of riches and an easy life; such promises easily turned this 16-year-old girl to the dark side of Christianity.

She began to have convulsions and verbally abuse the reverend, who was attempting to heal her, as well as her father and other members of the congregation she was a part of. Her body and face became grotesquely contorted, and she would utter blasphemies with her mouth wide open and motionless.[10] Her tongue was drawn out of her mouth at an inhuman length, and screams came from around the room. She was eventually successfully exorcised, but the trauma and memories the experience left on the girl were incurable.

Damien Rasberry is a spoken word poet, student, and cosmetologist hailing from Denton, TX. He is currently attending NCTC to get an associate’s degree in English and plans to go all the way to PhD level. Damien likes creepy, weird stuff.