These days, toys have been sanitized to the point of complete blandness, but 40 years ago, the toy store was like the wild West. It was stocked with rifles, chemistry sets packed with uranium samples, and blowguns, all painted with toxic lead paint. Unsafe products for adults abounded, too—automobiles were death traps with little to no regulations. All of that changed in the early 1970s, when laws began cropping up to keep dangerous products out of our unwitting hands. The results were occasionally terrifying, hilarious, or just downright bizarre. 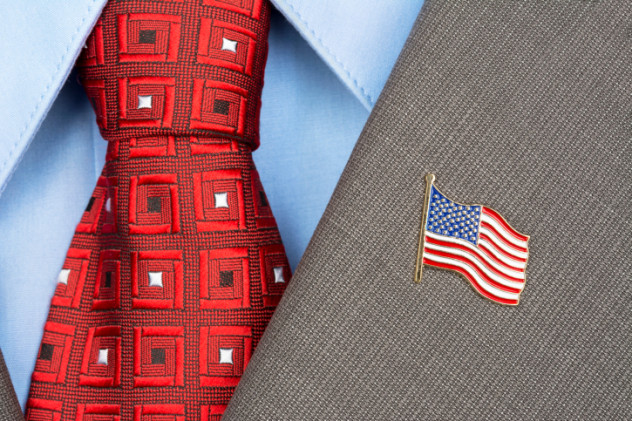 The US Consumer Product Safety Commission (CPSC) is the watchdog government group that monitors the market for dangerous products, formed in 1972 amid concerns of unsafe toys sending children to the emergency room. By 1974, they had banned more than 1,500 different toys. That year, the CPSC distributed around 80,000 lapel pins endorsing toy safety. In a cruel twist of irony, the pins had to be recalled for containing too much lead as well as sharp edges and clips that presented a possible choking hazard.

The incident seems to have put them permanently on edge, as the CPSC has recalled thousands of lapel pins due to lead content in recent years, including pins distributed by Nintendo of America in 2008 and Build-A-Bear Workshop in 2011. Of course, the CPSC is no stranger to controversy, particularly concerning officials taking trips paid for by the industries they police.

If you find yourself shaking your head at how some of these things could have happened, take heart! There are plenty of other ridiculous stories just like these. Get them all in The Big Book of Duh at Amazon.com!

9‘Too Cool to Do Drugs’ Pencils 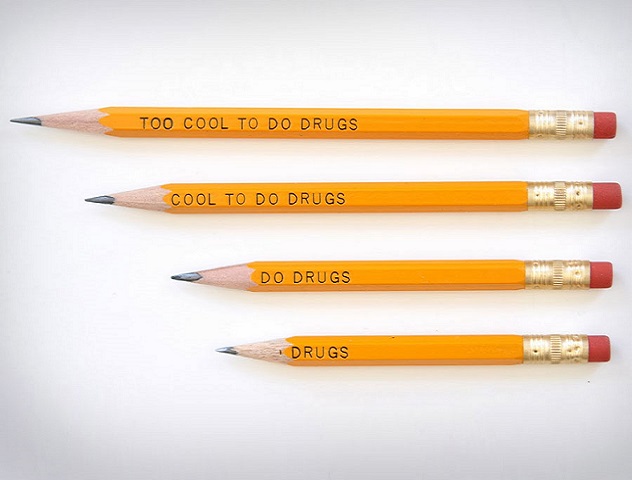 Keeping children off drugs is no easy task. Studies have confirmed that programs such as D.A.R.E. (Drug Abuse Resistance Education), which is taught by police officers in American schools, are completely ineffective. Other efforts have proven downright ludicrous, such as the pencils distributed to elementary schools in New York by the Bureau for At-Risk Youth that read “Too Cool to Do Drugs.”

The pencils seem innocuous enough, but they became the subject of an unforeseen controversy. A 10-year-old boy named Kodi Mosier noticed that as the pencils were sharpened, the word “Too” disappeared, leaving the students with the message “Cool to Do Drugs,” and eventually, just “Do Drugs.” The company spokeswoman, Darlene Clair, voiced some understandable embarrassment about the oversight. The pencils were hastily recalled and reprinted in the opposite direction so that the word “Drugs” was the first to be sharpened away. 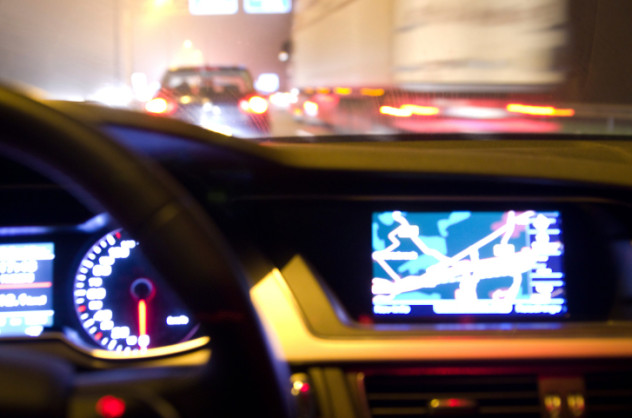 In the United States, the vast majority of automated voices are female. Science has shown that we tend to find female voices more appealing, likely because were were soothed by our mothers’ voices in the womb. Perhaps the best example of this is Siri, the Apple iPhone voice activated feature, although Siri is male in France and the UK.

However, in the late 1990s, gender bias reared its ugly head in Germany when male BMW 5 Series owners called to complain about the female voice. They were somehow offended at the prospect of taking directions from a woman. For some reason, instead of ignoring these high-strung misogynists, BMW customer service explained to the angry drivers that the GPS system was designed and implemented by a male team. Surprisingly, these customers couldn’t be persuaded by reason, and the automaker was forced to implement male voices in the GPS systems of their cars.

In 1999, golfer Tiger Woods was just beginning his ascent. The year marked the first release of his video game, Tiger Woods PGA Tour, a title that would be published until 2013. Unfortunately for Electronic Arts, the company who made the game, it contained an Easter egg in the form of South Park‘s pilot episode, “Jesus vs. Santa.”

The primitive short, filmed in 1995, features the show’s characters accompanying Jesus to the mall, where he gets into a vicious fight with Santa. In the ensuing melee, several people are killed, and the only thing that stops the battle is the sudden appearance of figure skater Brian Boitano. At the end, the boys realize that the true meaning of Christmas is the gifts, and that it is better to be Jewish, as Hanukkah affords eight nights of presents instead of one.

The episode was well-hidden, only accessible through a PC on Playstation discs, but it was discovered in December 1998 by a boy who got the game for Christmas. The boy told his mother, who complained to Electronic Arts, spurring a costly and embarrassing recall. Though the episode’s inclusion was an accident, the employee responsible was fired.

In November 1999, fast food giant Burger King began distributing Pokemon figurines in their kids meals. The little toys came ensconced in a plastic ball whose halves could be pulled apart, known as a “poke ball.” On December 11, a 13-month-old girl in Sonora, California was found dead in her playpen after one half of the poke ball managed to form a seal over her mouth and nose, suffocating her.

Burger King was approached by the Consumer Product Safety Commission and asked to initiate a recall, but they refused. Less than two weeks later, an 18-month-old girl in Kansas also got her face stuck in the poke ball. Fortunately, she was rescued by her father, and Burger King finally agreed to a recall.

Burger King issued a statement that “Consumers should immediately take the balls away from children under the age of 3. They should discard the ball or return both halves of the ball to a Burger King restaurant for a free order of small french fries.” The parents of the dead girl settled with the company out of court for an undisclosed sum. Despite the recall, a second death occurred in January 2000, when four-month-old Zachary Jones of Lawrenceville, Indiana was found dead in his crib. 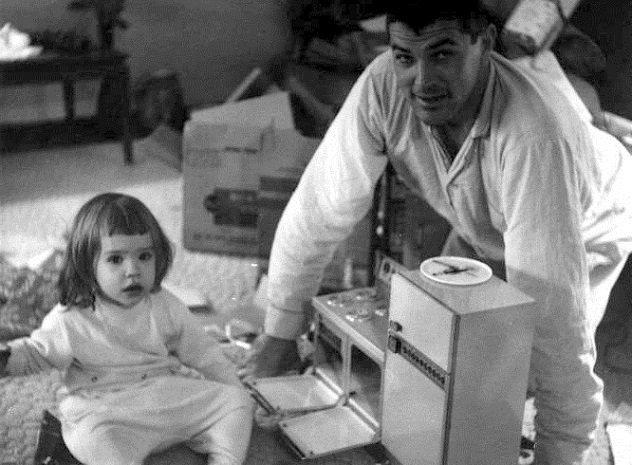 Hasbro’s Easy-Bake Ovens have been distributed for over 50 years. The product has evolved significantly from its early days as a box that used a 100-watt light bulb to cook snacks, due in part to some horrifying incidents. Its reign of terror continued until 2007, when the toy was the subject of two massive recalls. In February, Hasbro notified customers of the danger of children getting their hands or fingers caught in the oven’s opening and five burn incidents. They offered a free retrofit kit grate that would help keep children safe. Just five months later, another rash of injuries, including one case where a five-year-old girl had to have her finger partially amputated, led to the recall of one million units.

Today, the Easy-Bake Oven does not use a light bulb but works more like a traditional oven and meets all safety regulations. Unfortunately, there are still plenty of old units circulating, resulting in cases like five-year-old Sophia Justice, who caught her finger on the vintage toy her mother bought her. The fire department had to be called to remove her hand from the oven.

It may have been recalled, but you can still wax nostalgic and buy the original Easy-Bake Oven at Amazon.com! We shouldn’t need to tell you, but be careful! 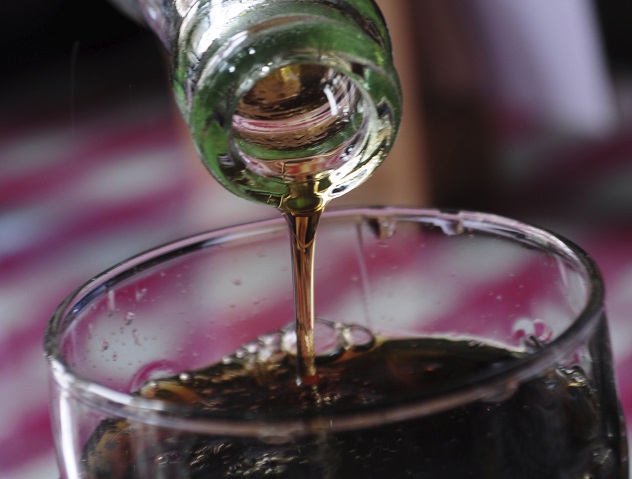 Given its vast worldwide distribution, it is no surprise that Coca-Cola has been forced to issue a number of recalls, some of which have been exceedingly strange. Most recently, a woman named Blake Loates in Edmonton, Canada was astonished to find the words “You Retard” printed on the underside of a Vitamin Water bottle cap. This was particularly troubling to Loates, who has a half-sister afflicted with cerebral palsy and autism.

After receiving an angry letter from Loates’s father, Coke rushed to explain that it was part of a promotion that featured a word in English and a word in French. In French, retard just means “late” and has no negative connotation. Coke assured the Loates family that the contest would be ended and all remaining product would be recalled or destroyed.

This was far from Coke’s only embarrassing moment. In 1995, they were forced to dump thousands of posters meant to be distributed across Australia. The poster, part of its “Feel The Curves!!” campaign to reintroduce a contoured bottle design, featured a bottle of Coke in a mound of ice. In one of the cubes, the artist sneaked in a risque silhouette image of a woman’s face and a penis. 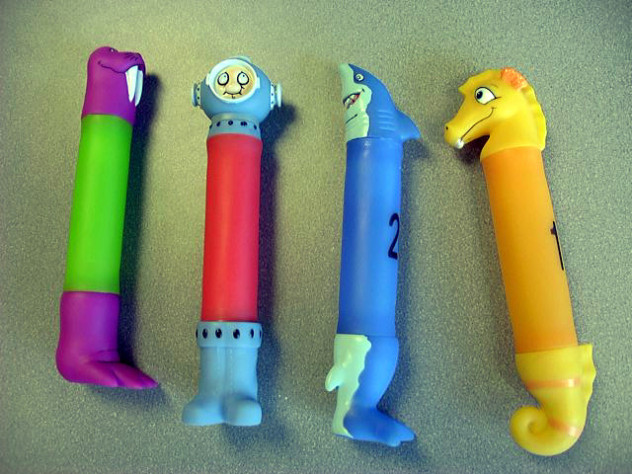 One victim—the six-year-old daughter of Cherilyn Paulsen of Silver Spring, Maryland—was playing in an inflatable pool during her birthday party when she fell on the stick, impaling herself. She was airlifted to a hospital, where she required two hours of surgery. Paulsen claimed “It tears through children’s bodies. It looks harmless, but people need to realize how much harm they can do.”

A massive recall of over 19 million dive sticks was issued in June 1999, affecting over a dozen different companies known to distribute the product. In 2001, the Consumer Product Safety Commission banned the import, manufacture, and sale of certain rigid plastic dive sticks under the Federal Hazardous Substances Act. 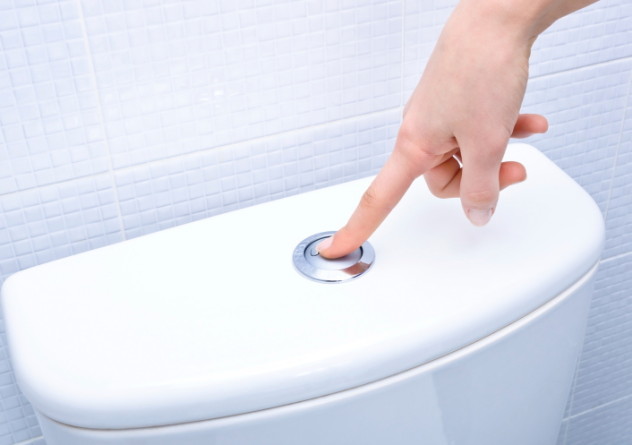 The problem of clogged or weak-flushing toilets is so widespread that it has become a trope in movies like Along Came Polly and Dumb and Dumber. Surprisingly, there is an explanation for such horrible scenes—modern toilets are designed to conserve water, which results in weaker flushes. For those tired of reaching for the plunger, there are devices built to increase the power of the flush, including Sloan Valve Company’s Flushmate III.

Sold between 1997 and 2008, this device had a design flaw that allowed pressure to build up in the system, resulting in exploding toilets. Over 300 cases of property damage and over a dozen cases of lacerations from flying shards of porcelain were reported, followed by a recall in 2012 in the US and Canada. 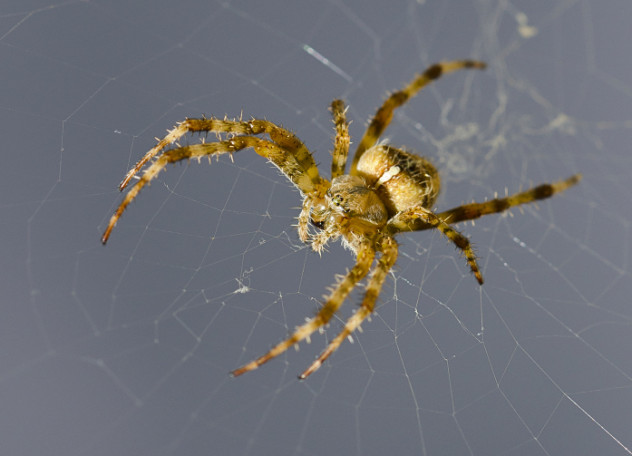 When you consider how many individual parts comprise an automobile, it is not surprising that the industry has frequent recalls. The most infamous incident occurred in the 1970s with the Ford Pinto, which had an unfortunate tendency to explode into a fireball after rear end collisions, but perhaps the most bizarre automotive recall in recent memory was the Mazda 6 sedan.

Two separate recalls of around 94,000 cars were issued in 2011 and 2014. The problem was a design flaw that allowed yellow sac spiders, which are attracted to the smell of gasoline, to crawl into the fuel tank. Once inside, the spider could create a web that might block airflow, potentially causing a fire hazard. After the first recall, a spring was installed that aimed to keep the spiders out, but when that proved ineffective, updated software was rolled out to adjust pressure on the fuel tank. It is unknown why the spiders have such an affinity for Mazdas over other vehicles.