All families argue among themselves or with their neighbors once in a while. However, petty arguments can quickly get out of hand and result in protracted and bloody feuds. The Hatfields and the McCoys weren’t the only families in history with a noteworthy quarrel. 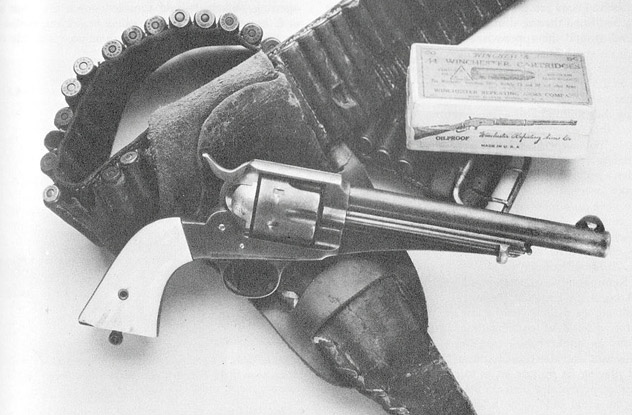 One of Arizona’s most infamous feuds nearly annihilated the two warring families.

A longstanding dispute over grazing rights between the cattle-owning Grahams and the sheep-owning Tewksburys finally erupted into a gun war in February 1887 when Tom Graham fatally shot a Native American worker of the Tewksburys. After that, the two families attacked each other for years, resulting in the deaths of at least 19 (and perhaps as many as 30) family members and their sympathizers.

The feud at last began to fade in August 1892 when Edwin Tewksbury shot and killed Tom, the last of the Grahams. Although Tewksbury was later subjected to two trials, he never saw jail time. The first trial ended in a hung jury, while the second resulted in a dismissal. Tewksbury later died in relative peace in April 1904, as there was no Graham left to retaliate against him.

What happens when two of the most powerful political couples in America go head to head? Find out in Blood Feud: The Clintons vs. the Obamas at Amazon.com! 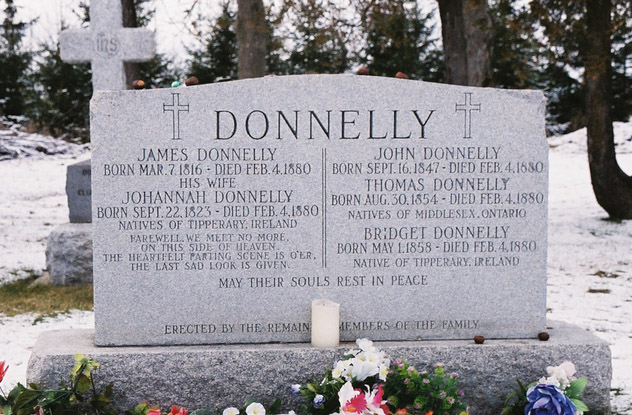 The Donnellys were one of the most notorious families to have ever resided in Canada. The family’s tragic history began after patriarch James and his wife Johannah made their way from Ireland to Canada in the 1840s and squatted on some land in the township of Biddulph. The family’s peace was shattered when James got into a dispute with the neighboring renter, Patrick Farrell. Their feud turned deadly in June 1857, when James killed Farrell with a handspike.

During his run from the law and subsequent incarceration, James’s children achieved notoriety among the townspeople due to their hotheadedness and hooliganism. It wasn’t long before the entire community hated and blamed the Donnellys for every misfortune the town suffered.

Their loathing for the Donnellys finally boiled over in February 4, 1880 when a vigilante mob invaded and lynched five members of the family (including James and Johannah), burning their property to the ground. Although authorities arrested some suspects in the aftermath, the town’s unwillingness to cooperate in the investigation and trial led to their release.

8The Boyces And The Sneeds 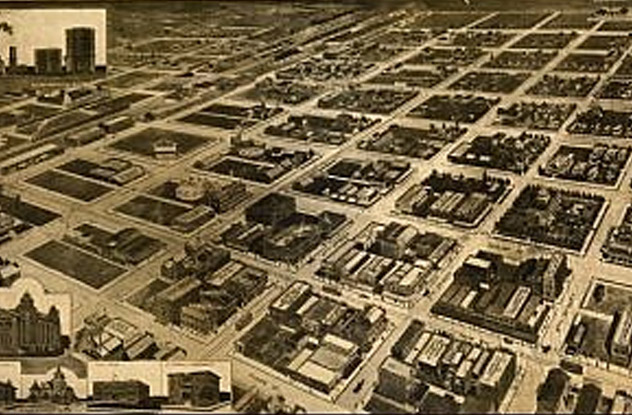 In a Wild West version of a love triangle gone awry, two wealthy cattle owners from Amarillo, Texas had a feud that killed eight people.

It all began in when Lena Sneed and Albert Boyce Jr. began an affair. When Lena came clean to her husband John late in 1911 and demanded a divorce, he had her committed to an insane asylum. Boyce rescued her and took her to Canada, so Sneed filed kidnapping charges against him. This didn’t succeed, so Sneed went a step further and murdered Boyce’s father.

Sneed was charged with murder, but he got a mistrial, sparking a riot that killed four men. In the aftermath, a farmer working for the Boyces shot and killed Sneed’s father before committing suicide. The final blow was struck by Sneed, who finally shot and killed Boyce in September 1912. A court acquitted him for the murder, reasoning that such actions were justified in Texas. 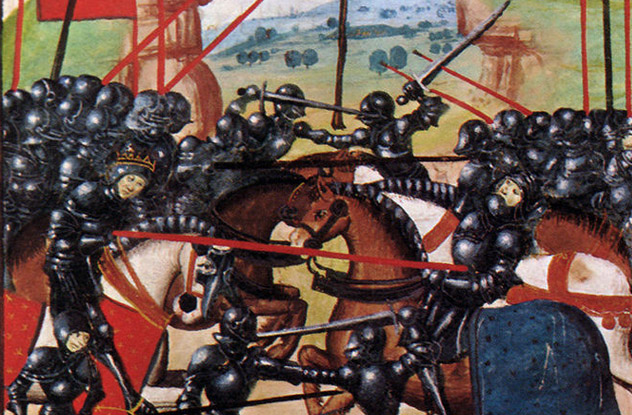 The War of the Roses, a civil war over the English throne, wouldn’t have been possible without the feud between the two prominent families of the Perceys and Nevilles. The families had long ago banded together to repel Scottish invaders, but they’d battled each other for influence over northern England since the 1440s.

Simmering tensions eventually led to the Battle of Heworth in August 1453, when armed men under the employ of the Percy family waylaid the wedding entourage of a Neville near York. Although only words were exchanged and no blood was spilled, this incident inevitably widened the rift between the two families. Standoffs and clashes between the two continued until 1454, when their feud began to meld with national politics. The Nevilles allied themselves with the House Of York, while the Percies went with the Lancastrians. 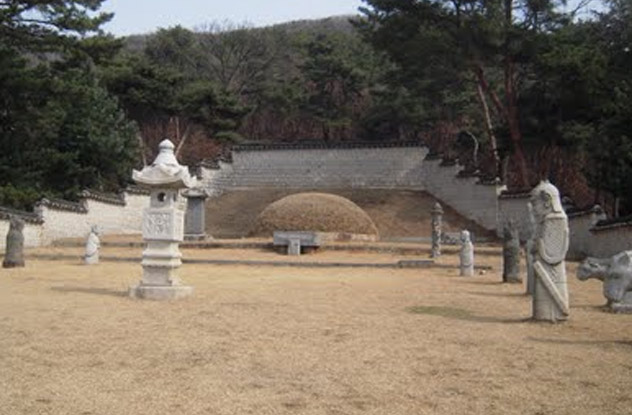 One of Korea’s most notable and longest-running feuds, the dispute between the Shim and Yoon families began in the mid-1700s over ,of all things, a grave site. It started after the Yoons discovered that the Shins had buried one of their prominent deceased members—an ex–prime minister—on a hill outside Seoul where they had buried their own illustrious 12th century general.

As many in South Korea placed a high regard for their ancestors and geomancy, this dispute over the grave site’s ownership was more than enough for the two families to vandalize each other’s graves and come to actual blows. Even a king’s mediation and the subsequent punishment and exile of the two patriarchs from each family failed to resolve the tiff.

The two families finally showed signs of reconciliation in 2008 when the Yoons donated part of their land to the Shims so that the latter could extend their cemetery and relocate the prime minister’s remains there. However, a local cultural commission blocked the transfer, stating that to do so would be detrimental to their history and national identity. According to the commission, “The long family feud is part of our nation’s unique culture. The tombs should remain as they are as evidence to that history.” 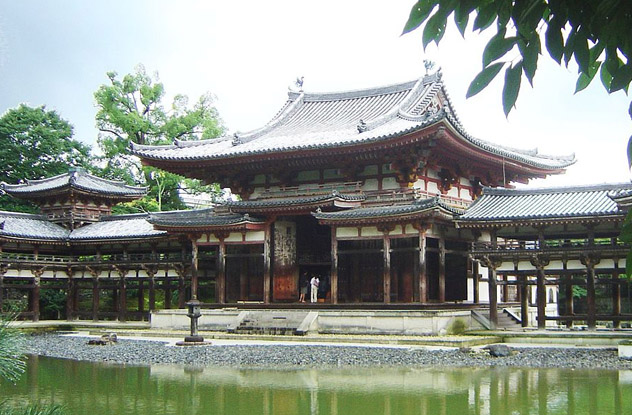 A feud which established Japan’s first shogunate and the rise of the samurai class, this conflict began during the mid-1150s when the Taira and Minamoto each vied for influence in the Imperial Court. Although the Taira managed to subjugate the Minamoto at first and rule until 1159, the latter came back with a vengeance in 1180. Led by their leader Yoritomo, the Minamoto—with Imperial support after the Taira patriarch Kiyomori installed his two-year-old grandson Antoku on the throne—fought their rivals in a five-year-long conflict that would be known as the Gempei War.

The battle for supremacy finally ended in the Minamotos’ favor when they decisively defeated the Taira in a naval battle in Shimonoseki Strait. During that battle, Kiyomori’s widow killed herself and the young emperor by jumping into the sea. Victorious, Yoritomo established his government at Kamakura and later formally accepted the title of shogun in 1192.

Get to know one of the most outrageously dysfunctional families in history when you buy 1494: How a Family Feud in Medieval Spain Divided the World in Half at Amazon.com! 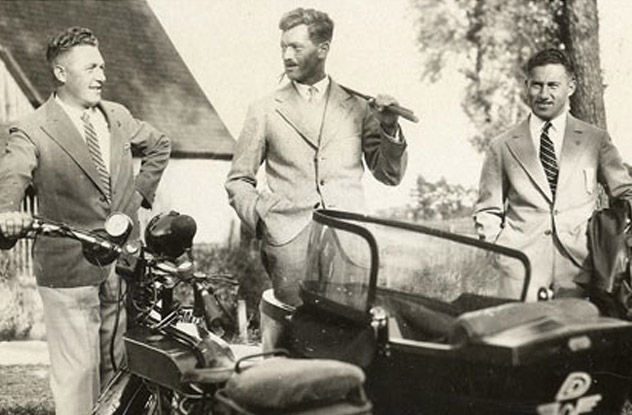 Aside from their world-renowned shoes, brothers Rudolf and Adolph Dassler—the founders of Puma and Adidas respectively—are also remembered for their feud that started during World War II and has since continued to this very day.

Although the brothers already had their differences before the war, their relationship took a turn for the worse in 1943 due to a misunderstanding. During an Allied bombing run, Adolph and his wife sought refuge in a shelter and found it already occupied by Rudolf and his family. He then commented that “the dirty bastards are back again,” referring to the Allied planes. Rudolf mistakenly assumed the words were directed at him and his family.

Rudolf would also blame his brother for fabricating stories of his being an SS member, a charge that led America to detain him. He later left his brother and established his own shoe company.

Even today, the brothers’ indefatigable feud is evident in their hometown of Herzogenaurach. The town has been literally split in half, with the Puma and Adidas headquarters and supporters separated in the middle by a river. 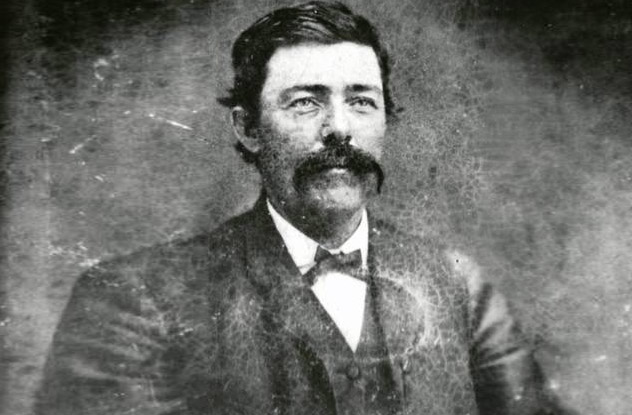 Aside from being the archetypal Spring Break getaway and idyllic retirement place, Florida has also played host to one very deadly feud in 1870, which pitted wealthy cattle owner Moses Barber against Orange County Sheriff David Mizell. Barber, a staunch Confederate supporter, did not want to pay taxes to the government and felt that Mizell—himself a Confederate veteran—was a carpetbagging traitor out to exploit his former comrades. As a result of the man’s non-compliance, Mizell repeatedly took Barber’s cattle as payment for taxes.

Then on February 21, 1870, Barber—fed up at this point and having warned Mizell not to set foot on his land again—fatally shot the sheriff as he ventured into his property to take more cattle. Although the dying sheriff asked his family not to avenge his death, they nevertheless went on a revenge spree which was reciprocated by the Barbers and their supporters.

Eight died, and no one was convicted for the murders. But the feud finally ended during the 1940s when a Barber married a Mizell. 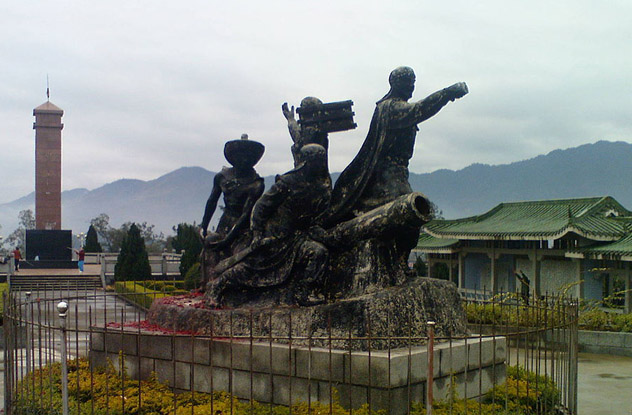 This clash between the two ethnic groups the Punti and Hakka in Guangdong, China started in 1857 and lasted for 12 years. It killed half a million people and displaced more than 100,000.

The conflict was an offshoot of the devastating Taiping Rebellion which was led by a Hakka Chinese and exacerbated the existing tensions between the two groups. Although both lived peacefully for decades prior, the Punti—the original settlers of the land—resented the growing number and influence of the Hakka who had been encouraged by the Chinese emperor to come to their area.

With the rebellion, the two sides engaged in their own private war of devastating proportions, with whole villages and infrastructure destroyed and thousands of prisoners sold as slave labor. The carnage only stopped after the national government—after subjugating the rebellion—intervened and relocated the Hakka to another area.

1The Blood Feuds Of Albania 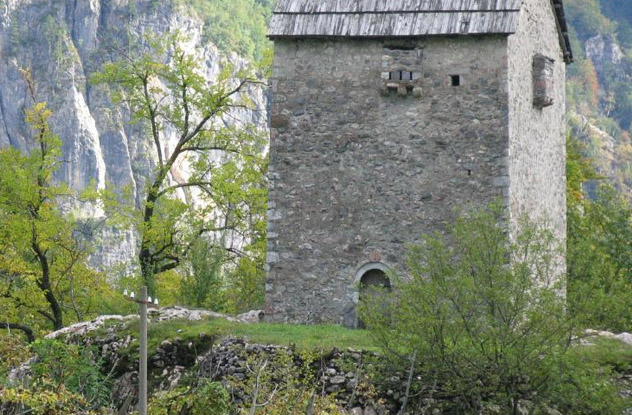 Perhaps no other country in the world has institutionalized revenge as much as Albania. Thanks to the centuries-old concept of Gjakmarjja (“blood-taking”), which is a man’s social obligation to kill in order to right a wrong, feuds can take place for decades and last for several generations. Although the Communists curtailed it during their reign, the practice again went into effect in the 1990s after the government collapsed and lawlessness prevailed, especially in the rural and northern areas.

There are currently an estimated 20,000 Albanian families with death sentences hanging over their heads. The only way for them to escape being gunned down on the streets is to stay inside their homes. As a result, most victims—especially the children—have never left their homes their entire lives. Some of these kids are also being indoctrinated to take arms against their persecutors, continuing the never ending cycle of bloodshed.