We’ve all become used to seeing guide dogs and hearing dogs. In some places, people don’t even bat an eyelid at seeing a miniature horse helping out its owner. However, in recent years, the number of creatures assigned the title of “emotional support animal” (ESA) has exploded, and some are truly bizarre.

While we might be able to get our heads around the idea of a miniature guide horse sitting on the floor of an aircraft beside its owner, are we really ready to accept the idea of an emotional support turkey? In 2016, an image of Easter the turkey went viral after she was spotted on a Delta flight with her owner, Jodie Smalley. It raised all kinds of questions about what actually should qualify as a helper animal.

The debate brought a host of people out of the woodwork who claimed to have a raft of crazy creatures helping them with their physical and emotional problems. From tortoises and alpacas to iguanas and bearded dragons, there seems to be no end to the exotic and outlandish critters with which humans manage to bond.

It comes as no surprise then that airlines have recently been faced with an onslaught of people who have been demanding to take their increasingly weird helper animals aboard their flights—so much so, in fact, that this has led to a tightening of the regulations over the past few months about the species that fall under the guidelines.

So, just how bizarre can an ESA get? You’ll be surprised! Here are just 10 of the strangest. 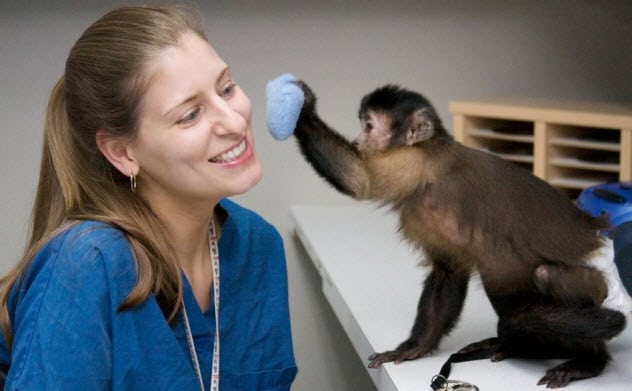 Who wouldn’t want a cute capuchin monkey helping with daily tasks? Some people with mobility problems have been given the chance to share their lives with one of these cute and cuddly creatures.

The Helping Hands: Monkey Helpers for the Disabled charity is dedicated to making life easier for those with spinal injuries or other physical issues that significantly affect their ability to live independently. The organization’s highly trained monkeys can help with all kinds of useful tasks—from operating remote controls and picking up dropped objects to scratching itches and turning pages.

Capuchins aren’t just skilled at performing dexterous tasks. They’re also brilliant at offering comfort and affection to their human companions. Their small size lets them snuggle up on their partners’ laps while their natural sense of hierarchy motivates them to look after their humans and be cared for in return.[1] 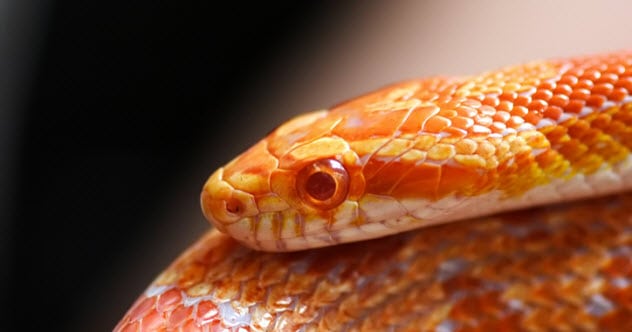 The National Health Service in the UK has taken steps to use snakes to offer therapy to patients who have communication issues and depression. In London’s Huntercombe Hospital, therapists are currently using a corn snake called Angel as an integral part of group sessions. Angel is seven years old and measures 1.5 meters (5 ft) in length. During sessions, patients are encouraged to feed her, touch her, and take care of her.

Although this may sound bizarre, the hospital’s doctors have confirmed that patients who take part in these therapy sessions have shown improvements in their symptoms.[2]

Apparently, Angel motivates those suffering from depression to get up in the mornings. Also, the sense of responsibility they gain from having to care for her gets them through the day. Angel and her fellow therapy snakes have proven to be especially helpful to male patients who feel uncomfortable caring for a cute and cuddly pet.

Angel isn’t the only snake serving as an ESA. Daniel Greene’s red-tailed boa constrictor, Redrock, has a very special job. Greene is epileptic and claims that his pet can warn him whenever he is about to have a seizure. This allows him to prepare or take medication to prevent it from happening. 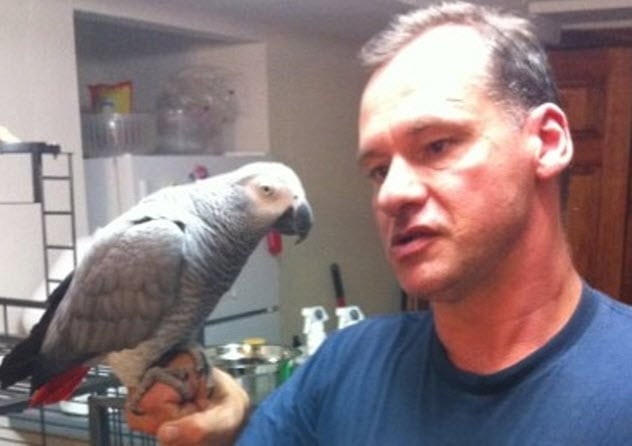 While we’re all amused to hear a parrot talking, Jim Eggers’s parrot, Sadie, has a lot more to say than just “pretty Polly.” Jim suffers from severe bipolar disorder and goes through periods of homicidal thoughts and psychotic tendencies.

Sadie is able to spot the signs that her owner is getting angry, and she instructs him to calm down. By telling him that everything is okay, Sadie helps Jim to avoid destructive behaviors. So he carries her everywhere in a specially adapted backpack.[3] 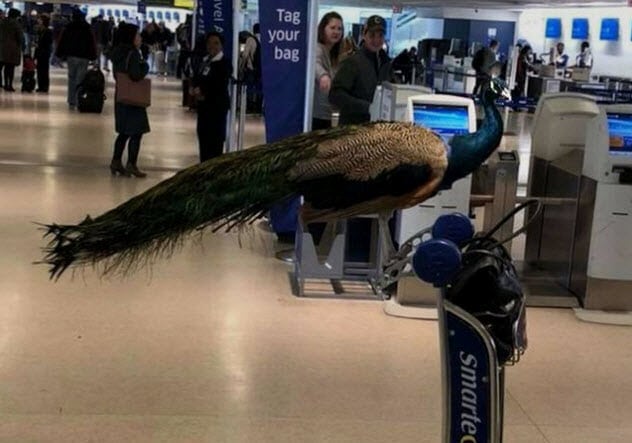 If you thought an emotional support parrot was bizarre, what about an ESA that’s a peacock?

Dexter hit the headlines in January 2018 when his owner, an artist named Ventiko, was banned from taking him on a flight to Los Angeles. Even though Ventiko offered to pay for a seat for her feathered friend, United Airlines wouldn’t budge and barred the pair from getting on the flight from Newark. Eventually, the pair had to drive cross-country to reach their destination.[4] 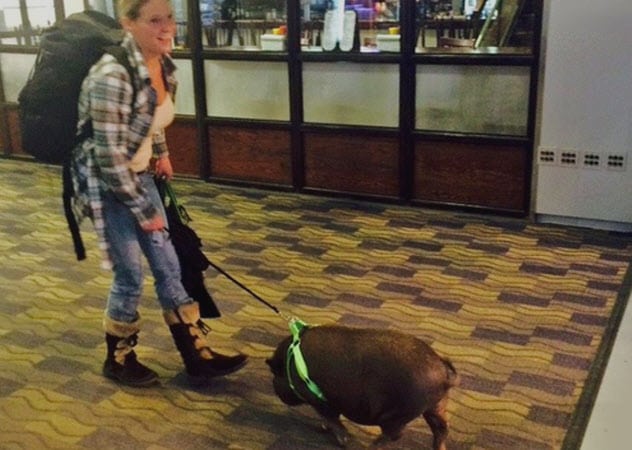 United wasn’t the only airline to ban an unusual service animal from their flights. US Airways also caused a media storm in 2014 when a pig named Hobie and his owner were unceremoniously removed from the airplane before takeoff after the porcine traveler defecated in front of appalled flyers.

It was surprising that US Airways even considered letting Hobie travel in the first place after another incident involving a pig on one of their aircraft back in 2000. The 135-kilogram (300 lb) creature was being treated to a flight in first class between Philadelphia and Seattle but didn’t seem to be impressed by the experience.[5]

After getting loose, the hog rampaged through the cabin, even trying to make her way onto the flight deck. Pigs might fly but not with US Airways! 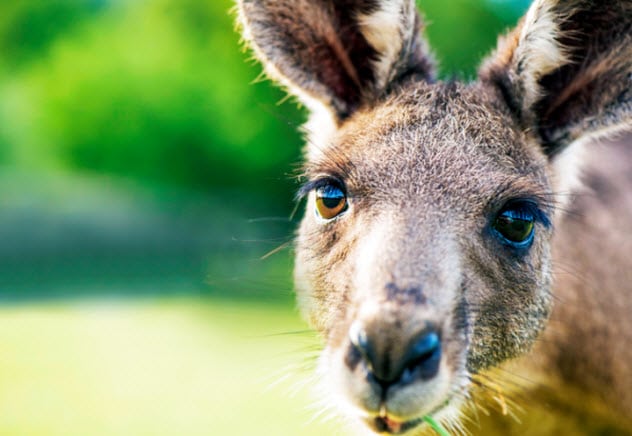 After news reports in 2015 about a woman in Wisconsin being asked to leave a McDonald’s restaurant with her kangaroo in tow, a surprisingly serious debate arose about whether a kangaroo could actually qualify as a service animal.

The woman’s companion, which was allegedly wrapped in a blanket and held in a baby carrier, wasn’t deemed to be an official ESA by either the management of the fast-food outlet or the local police who asked her to vacate the premises. But the incident certainly caused a stir.

A medical malpractice insurance company even posted an article on its website offering advice to doctors in Louisiana as to how they should react if any of their patients showed up for an appointment with a kangaroo.[6]

For the record, doctors were advised that kangaroos weren’t officially considered to be emotional support animals in their state, but they should still try to make accommodations to see if a humane exception could be made. 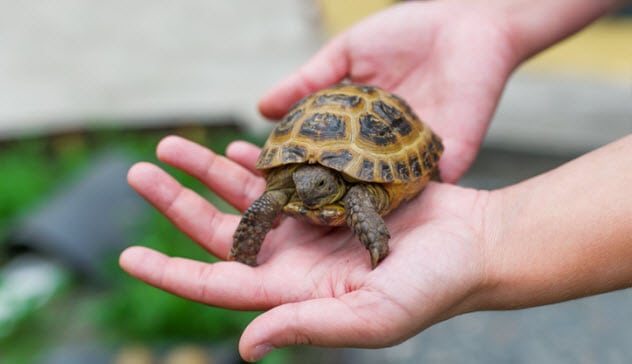 Turtles have proven to be a surprisingly popular choice of emotional support animal. In fact, ESA certification body Moosh recommends turtles as the perfect exotic ESA.[7]

Perhaps that explains why there has been a spate of travelers bringing their shelled companions aboard flights over the last few years. Cabin crews have reported seeing such bizarre sights as turtles stuck to aircraft windows with suction-cup shoes!

In some cases, these ESAs may be tortoises, which are turtles according to the American Society of Ichthyologists and Herpetologists. Although some people like to make a distinction between tortoises (the species that live on land) and turtles (the species that usually spend most of their lives in water), they all belong to the order Testudines.

We couldn’t find any sources indicating that people who use these creatures as ESAs have voiced concern about the distinction. Some of these ESAs do spend a lot of time in aquariums. 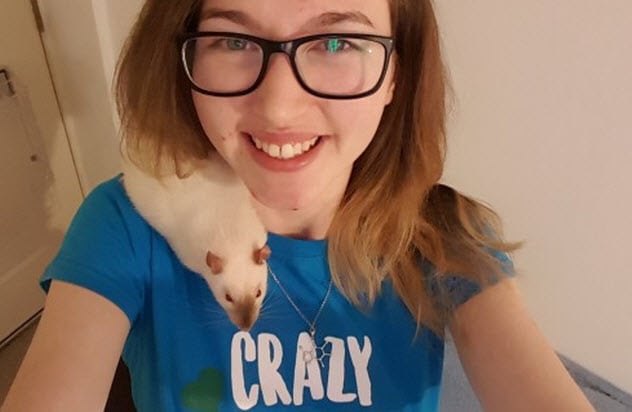 Although rats are more likely to cause anxiety than relieve it for most people, they are becoming a more common choice of therapy animal for those who suffer from a range of emotional and mental health conditions such as depression and anxiety.

There is also documented evidence that rats are excellent ESAs for autistic children. The kids are less intimidated by the small size of rats as compared to larger therapy dogs, horses, and presumably kangaroos.

Some service rats have even been trained to spot muscle spasms and seizures and to warn their human companions in time for them to take action.[8] 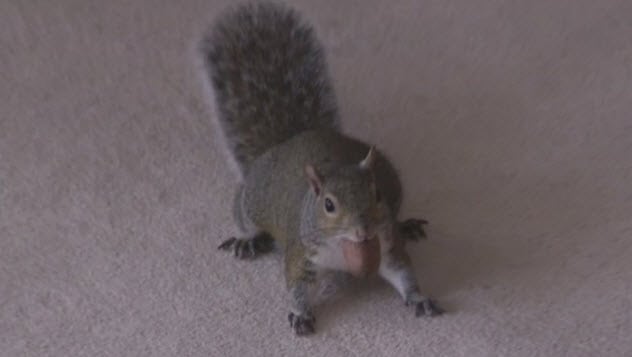 In 2017, a story surrounding another unusual ESA hit the headlines.

Ryan Boylan from Clearwater, Florida, found his story reported in international newspapers when his condo association notified him that he had to get rid of his emotional support squirrel, Brutis. Otherwise, Boylan would be evicted from his home.

Despite having a doctor’s prescription for Brutis and a letter from the Office of Human Rights, Boylan was unable to persuade the association to withdraw their eviction notice.[9] 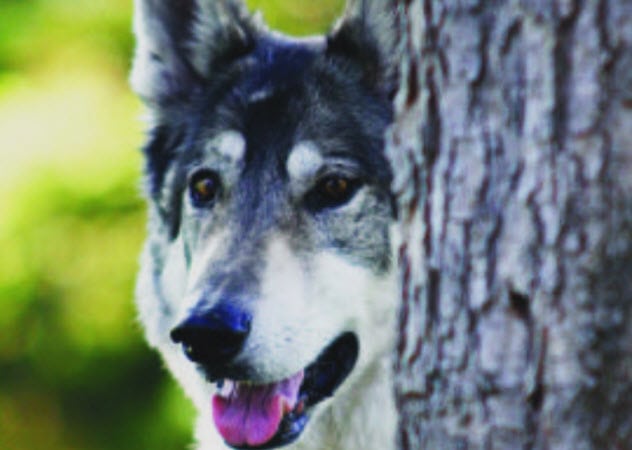 One of the most unusual service animals began life as a potentially dangerous wild creature. Kodie, a North American gray wolf, was officially recognized as a service animal after passing a training course. While the sight of Kodie may naturally cause a few raised eyebrows and some anxiety among those who see him out and about, he is indispensable to his owner.

Adopted at the age of six weeks, Kodie belongs to truck driver Nick Battles, who suffers from diabetes. Now 12 years old, the wolf is highly trained and able to remind his human companion when it is time to take his insulin. Since Kodie has official paperwork confirming his status, he can be taken everywhere, including restaurants and stores in his native town of Woodland.[10]

Battles doesn’t just rely on his lupine partner to protect him from a hypoglycemic episode. He also depends on Kodie as a friend and companion, claiming that he has bonded with his wolf more than any of his previous canine pets. Kodie is a well-traveled wolf, having accompanied his adopted human around America. Apparently, Kodie has a particular love of ice cream and Chihuahuas!

As you can see, no animal is too wild, too exotic, or too downright weird to be called a support animal these days. In fact, the range of creatures falling under this umbrella has grown so wide that many organizations are struggling to understand how to react when faced with kangaroos, rats, snakes, and turtles so as not to accidentally fall afoul of the law.

Airlines, housing associations, and companies everywhere are being forced to look closely at the regulations. They are worried that if they make the wrong decisions, their reputations will suffer.

As for those who receive comfort and emotional support from their increasingly weird creature companions, who knows what the next trend will be? Rumors of support hedgehogs, ferrets, llamas, and even spiders have been heard. So it’s anybody’s guess what will come next.

A one-time actress, legal secretary, and early years teacher, I am now a full-time writer with a particular fascination with history.

Read about more awesome animals on 10 Awesome Animals You Don’t Expect To Find In Australia and 10 Of The World’s Most Romantic Animals.