Criminals can be roughly divided into two camps—the pathological and the opportunistic. The former camp go to extremes beyond the average human’s comprehension, but the latter break the law purely for a profit motive. These types of crimes are best achieved quickly and impersonally, such as through kidnappings and ransom. But these ransoms can still add up to enormous sums, and they may not always go as the kidnappers plan. 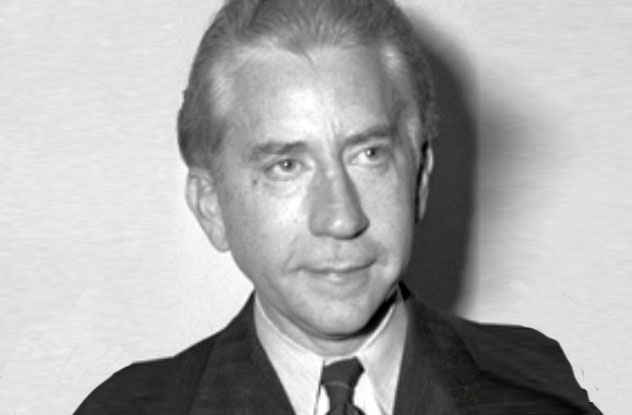 Having a billionaire for a grandfather sounds pretty awesome at face value, but it didn’t work out too well for J. Paul Getty III. Getty was a rebellious child, and he often joked that he would stage his kidnapping to squeeze some cash out of his frugal grandfather. So when the 16-year-old really was taken in Rome in 1973, no one took it seriously.

The kidnappers demanded $17 million, but oil magnate J. Paul Getty refused to pay. He said he had various grandsons and granddaughters besides J. Paul III, and “If I pay one penny now, I’ll have 14 kidnapped grandchildren.”

To get their point across, the kidnappers sliced off the teenager’s ear and sent it along with a lock of his hair to a Roman newspaper. They sent another newspaper images of the mutilation. Eventually, their demands dwindled to just $3 million, and the old man acquiesced. He paid $2.2 million (the most that would be tax deductible), and fronted his son J. Paul Getty II the remaining $800,000—to be repaid at 4-percent interest.

Getty III was released on December 15, 1973, and nine men were arrested for kidnapping him. Two were convicted, but the other seven were released for lack of evidence.

Buy the Kindle edition of the heart-stopping kidnapping thriller Ransom for only $5.38 at Amazon.com! 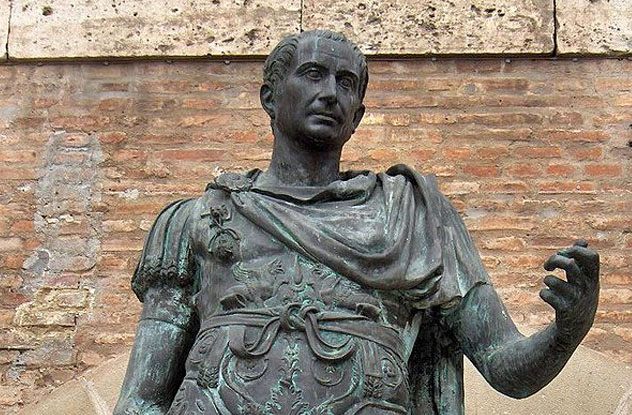 Julius Caesar was born into a politically prominent family and became the most powerful man in the Rome. But he was nearly denied this glorious fate in 75 B.C., when he was captured by Cilician pirates.

According to historian Plutarch, the pirates demanded a ransom of 20 talents of gold. The exact measure of a “talent” was somewhat mutable, but it was a tremendous amount—a talent would have probably been worth in excess of $500,000 in modern currency. Julius was a proud man, and he insisted on paying 50 talents instead, sending his men to collect the funds. It took 38 days for them to raise the money.

While captive, Julius became an unofficial member of the gang, talking down to the vicious pirates if they annoyed him. He even claimed that when he was released, he would execute them for their crime. They thought he was joking. He wasn’t.

As soon as the ransom was paid, he took after the pirates, capturing and imprisoning them. He turned to Marcus Junius, governor of Asia, to punish them legally. When Junius dragged his feet on the matter, Caesar took matters into his own hands and crucified every last one of them. 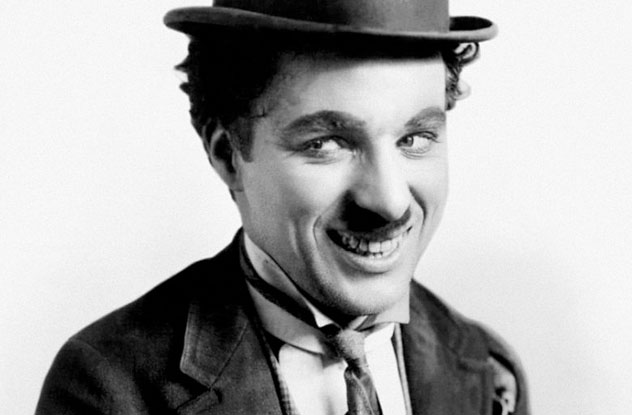 In the 1960s, actor Charlie Chaplin began suffering from a series of strokes. He died on Christmas 1977 and was buried in Corsier-sur-Vevey, Switzerland. On March 1, 1978, a pair of grave robbers—Gantcho Ganev from Bulgaria and Roman Wardas from Poland—dug up the body and held it for ransom.

Their demands were steep, requesting $400,000 from Charlie’s widow, Lady Oona Chaplin, for the return of his corpse. Oona refused, and soon the men were threatening to harm Chaplin’s children. However, Ganev and Wardas weren’t exactly criminal masterminds. Police caught them by keeping a close eye on local payphones and tapping Oona Chaplin’s home line.

The pair confessed to their crime and revealed the location of Charlie’s body, hidden in a nearby field. Charlie was returned to Corsier-sur-Vevey, and this time, his grave was reinforced with concrete. 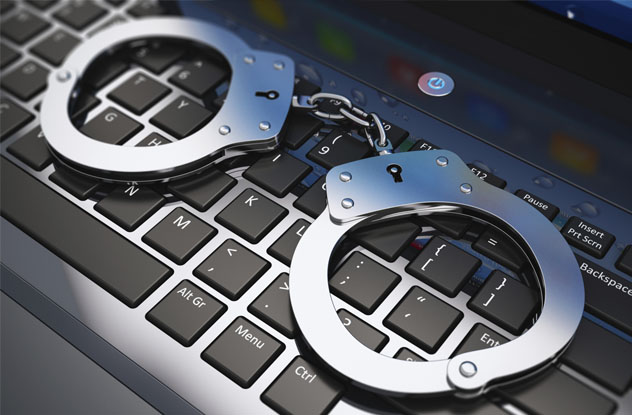 One of the most insidious types of computer virus is “ransomware,” a virus that enters your computer and locks it down, restricting access to programs. It instructs the user to pay a ransom, usually a few hundred dollars, to release the hold.

One of the more common strains not only locks down your computer but purports to be from the FBI. It accusers the user of various crimes, including software piracy, child pornography, and bestiality. It looks surprisingly official and even includes a grainy video window which claims to have captured footage from your webcam. There is no telling how many innocent parties have panicked upon seeing this and hurriedly paid the fee, but at least one man went a step further.

Matthew Riley of Virginia, 21, surrendered himself to the police after receiving the FBI virus in July 2013. Riley’s computer, which he’d helpfully brought along with him to the station, revealed nude photos of underage girls and a string of messages between Riley and a 13-year-old. 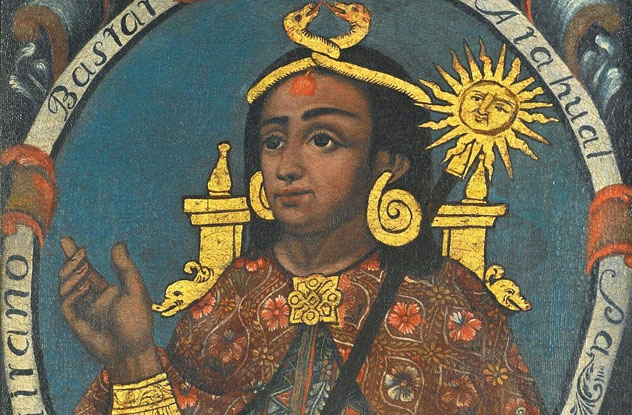 Emperor of the Incas during the Spanish conquest, Atahualpa was sitting pretty in 1532. He was fresh off a victory against his brother Huascar and was surrounded by thousands of battle-hardened veterans. He certainly wasn’t intimidated by the arrival of Francisco Pizarro and his paltry crew of 160. But the Incan warriors were no match for the heavily armed Spaniards, and Atahualpa was taken captive amid a scene of unimaginable slaughter, in which 5,000 men were killed in an hour.

Desperate to preserve his own life, he offered Pizarro a fortune: He would fill a large room, 240 centimeters (8 ft) high, once with gold and twice with silver. He sent word throughout the empire, and countless treasures arrived. After he melted them down, this fortune included 6,000 kilograms (13,000 lb) of gold (which today would be worth over $250 million), and 12,000 kilograms (26,000 lb) of silver.

This wasn’t enough to convince Pizarro and his men, who feared that the Incas might assemble an army to free their leader. They executed Atahualpa by garrote on July 26, 1533. 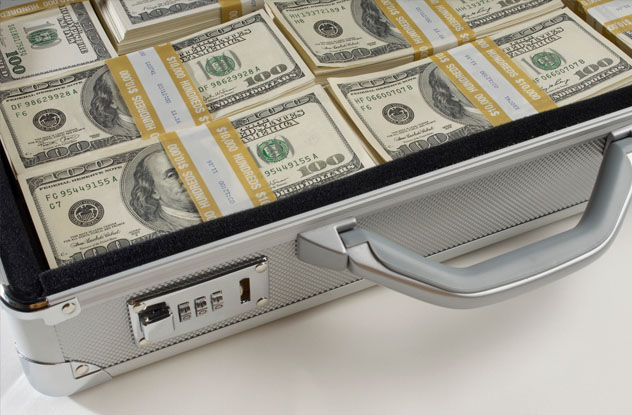 Kidnapping and ransom are a huge business around the globe, and legitimate firms have found a way to cash in on the issue. The industry has swelled to such a point that it even has its own periodicals, such as KR Magazine.

Various agencies offer kidnap and ransom insurance, which, like any other policy, gauges the risk of payout. Factors such as the country the insured lives in, their profession, family members, and net worth are all taken into account. These insurance policies can be expansive, covering various contingencies from the ransom payment itself, to extraction, medical costs, wage reimbursement and more. Some criticize such policies for encouraging kidnappings.

Established experts also regularly facilitate the release of hostages, a highly secretive and dangerous business. Former anti-kidnapping expert Felix Batista was taken on December 10, 2008 in Saltilo, Coahuila, Mexico and has not been heard of since. 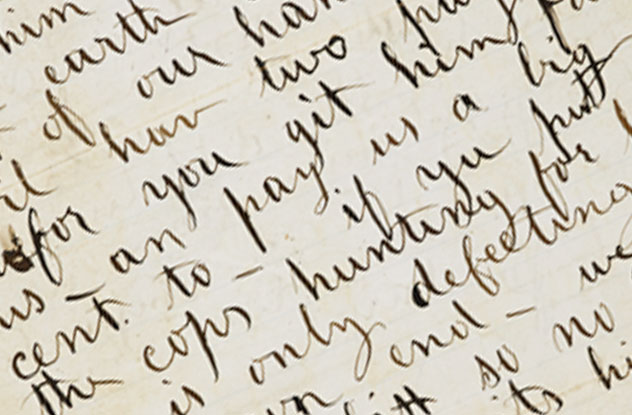 On July 1, 1874, four-year-old Charley Ross was abducted, with ransom notes demanding $20,000. Charley’s father Christian couldn’t pay and went to the authorities for help. The abduction appeared to be the first ransom kidnapping in US history. The search for Charley went on for decades, with multiple suspects and people coming forward claiming to be the missing boy. He was never found.

The story has a recent update. In March 2012, while going through a bunch of old family papers, Philadelphia librarian Bridget Flynn and her daughter Rebecca found 22 of the original Charley Ross ransom letters. They were crudely written, containing misspelled passages such as: “You wil have to pay us before you git him from us, and pay us a big cent to if you put the cops hunting for him you is only defeeting yu own end.”

Exactly how the letters came into the Flynn family’s possession is nearly as much of a mystery as what happened to Charley. Flynn inherited them from her grandmother, but exactly what chain of provenance led them from Christian Ross’s hands to the Flynn basement will never be known. The notes were expected to fetch between $3,000 and $5,000 at auction, but they proved a hot ticket item, selling for a staggering $20,000. 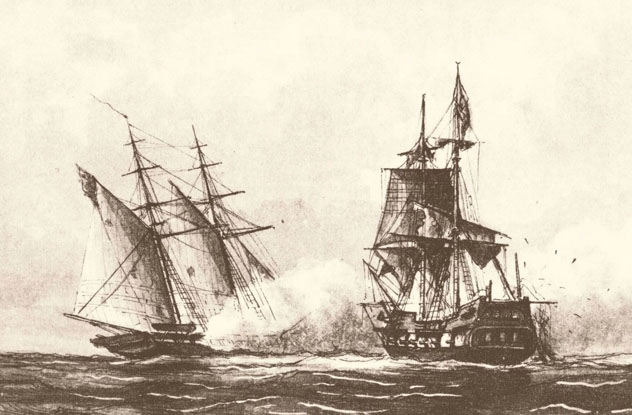 In the late 1700s, North African Barbary pirates and privateers roamed the Mediterranean Sea in vast numbers. During the Revolutionary War, American ships were protected by France, but when the United States became its own sovereign nation, France dropped their aid and it became open season. Spain advised the US to handle the problem as they had done; by offering tribute. Unfortunately, the demands quickly spiraled out of control. In 1795 alone, America paid the nation of Algiers $1 million, 20 percent of the entire annual budget.

Thomas Jefferson was one of the earliest proponents of going to war to end this issue, writing: “The states must see the rod; perhaps it must be felt by some of them.” Most others believed it was just easier to continue making payments.

When he became President, Jefferson refused to pay a tribute to Tripoli. Congress declared war, and he sent a naval contingent to bombard Tripoli, largely settling the problem. But the Barbary pirates swung back into action when the US was distracted, and the tribute didn’t end until a second Barbary War.

Read more about the infamous Barbary pirates in the book Under the Black Flag: The Romance and the Reality of Life Among the Pirates at Amazon.com! 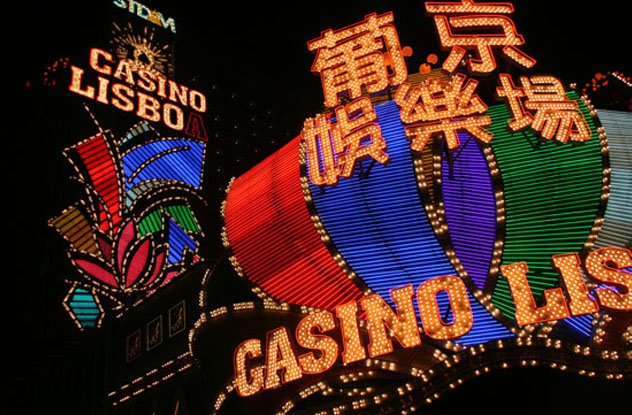 Hong Kong gangster Cheung Tze-keung earned the nickname “Big Spender” for the way he threw around his cash, much of which he earned through kidnapping. He chose his victims wisely. The first, abducted in May 1996, was the son of Li Ka-shing, a businessman estimated to be the richest person in Asia. He targeted the man’s son Victor rather than Li himself, as only Li could get his hands on the kind of ransom the Big Spender wanted—HK $1.38 billion.

The following year, he targeted Walter Kwok, the son of Kwok Tak-seng, a billionaire property developer. This time things didn’t run as smoothly. The Kwok family was initially hesitant to pay the ransom, and Walter was kept blindfolded in a wooden container for four days. Eventually, HK $600 million was procured, but his time in captivity left Walter with deep psychological scars.

Cheung was arrested in August 1998, with at least one scheme still up his sleeve. His next plot included kidnapping Macau casino tycoon Stanley Ho. Cheung was an inveterate gambler, and had lost at least $200 million in Ho’s establishments. He confessed to various crimes and was executed in December 1998. 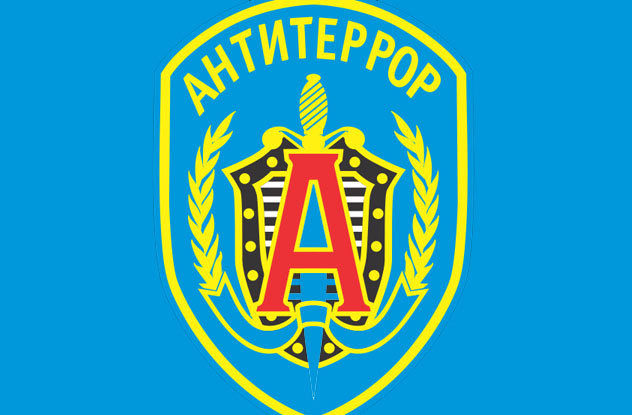 In October 1985, four Soviet diplomats were taken hostage by the Islamic Liberation Organization (likely an offshoot of Hezbollah), to force the USSR to comply with a series of political demands. The kidnappers meant business and shot one of the hostages, leaving the corpse in West Beirut. The time for diplomacy was over. The KGB sent its elite Spetsgruppa “A” (Alpha Group) counter-terrorist unit to Lebanon to take care of business.

Precisely what happened next is the subject of legendary speculation—varying stories have emerged explaining how the kidnappers’ families were located. In the most chilling tale, the Alpha Group took a dozen people hostage and brutally mutilated one, sending his remains to Hezbollah. The same fate awaited the other 11 captives if the Soviets were not immediately released, warned Alpha Group.

The hostages were freed, and no Soviet citizen was ever molested in Lebanon afterward.