Breakups and divorces can be very painful, and not everybody will get over them easily. Pain lingers, awkwardness ensues, and wounds get reopened, but in the end, most people can move on. Some, however, never get over it and will use any means at getting back at their ex.

While some of the revenge plots listed in this article led to deaths, all were ingenious, despicable, or flat-out horrifying and show how far people will go just to hit their ex in the right places. One might say that vengeance, not necessity, is the mother of invention. 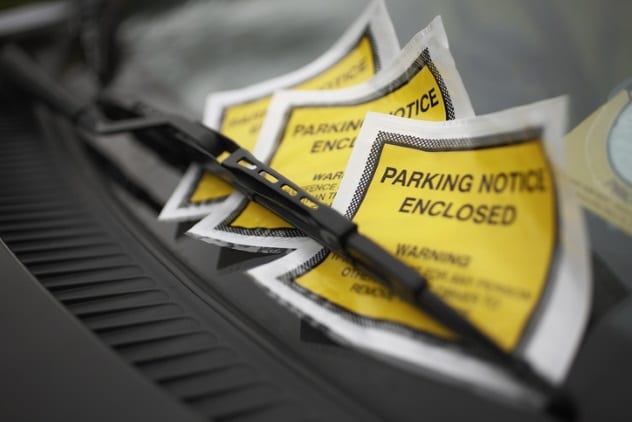 Jennifer Fitzgerald and her unnamed boyfriend were still together in 2008, when he bought a car for $600 and registered it in her name. The couple broke up a year later. In what would be a really crazy attempt at getting back at Jennifer, the boyfriend parked the car at O’Hare International Airport in Chicago and left it there. The car would remain at the airport for three years.

During that time, Jennifer received 687 parking tickets, totaling $105,761.81. She tried removing the car when she got the first tickets but was unable to because she didn’t have the keys. The Chicago Police Department refused to help, either, stating they could not access the parking lot.

Jennifer continued receiving tickets even after getting the government to invalidate the vehicle’s license plate. She tried transferring ownership of the vehicle to her boyfriend, but the city refused. The city also failed to tow the vehicle, even though it was supposed to have been towed 30 days after receiving the first ticket. The car was finally removed in October 2012.[1] 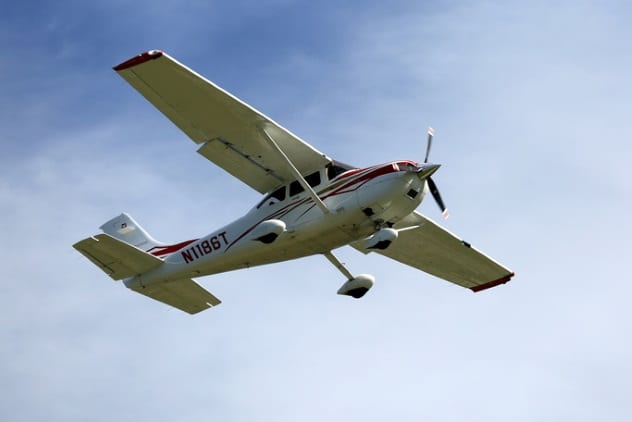 In 2007, Beth divorced her husband, Eric Johnson. Eric did not want the divorce. The same year, he got back at Beth by crashing an airplane into her mother’s home. On board the airplane with Eric was his and Beth’s eight-year-old daughter, Emily. Eric and Emily died in the crash.

Eric and Beth shared custody of Emily. Emily was visiting Beth at the time he took her on the small Cessna airplane. Eric called Beth before the crash, telling her, “I’ve got her, and you’re not going to get her.” Beth said she heard Emily say, “Mommy, come get me, come get me,” in the background. However, she could not confirm whether they were airborne or on the ground at the time of the call.[2]

Mock made several low passes over the Cardinals’ home and radioed police at the control tower that he planned to crash the airplane into the house. He flew over the home for two hours, making dangerously low passes and dives that forced the Cardinals and their neighbors to flee. Mock became the only casualty when he finally crashed the airplane. He suffered skull fractures, among other injuries. 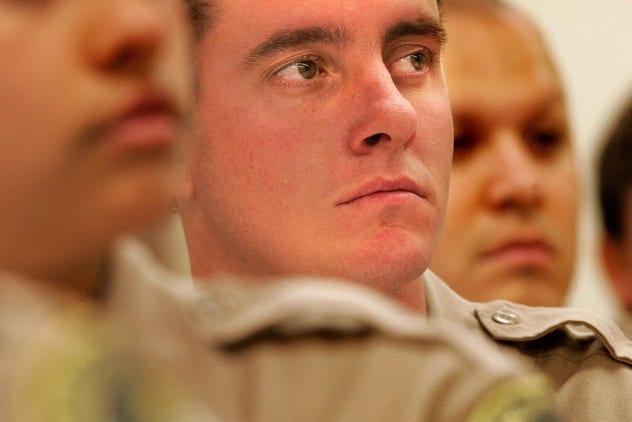 Brandon Klecker was a sheriff’s deputy at Riverside County Sheriff’s Department in California when he broke up with his unnamed girlfriend in 2012. What followed was a poorly executed plot to get her arrested. Klecker somehow got into his ex’s vehicle and planted drugs inside. Then he encouraged fellow officers to search her car because he thought there were drugs there.

Klecker’s colleagues never obliged. The ex later found the bag of cocaine under her seat while searching for her wallet. The Riverside County Sheriff’s Department zoomed their radar on Klecker after they were informed of the find. The fact that Klecker had continuously encouraged his colleagues to search his ex’s vehicle made him a suspect.

While the department could not find verifiable evidence that Klecker had planted the drugs, they noted that he was the major suspect. They also discovered that he had been stalking his ex’s new boyfriend. Once, Klecker went to the man’s home with a gun. In another incident, Klecker followed him around town and tried to fight with him.[3] Klecker was fired in 2013. 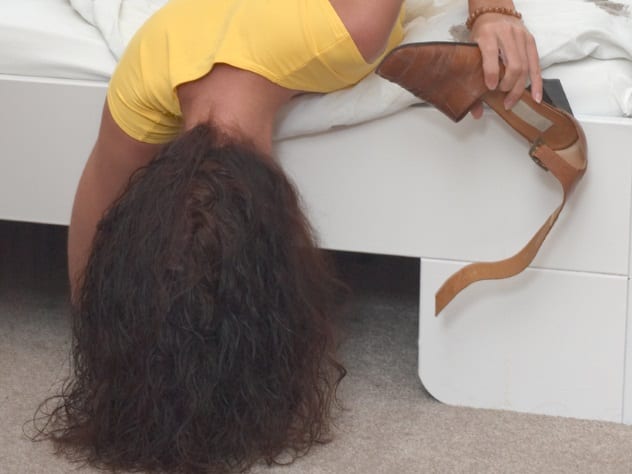 What’s worse than planting cocaine in your ex’s car? Planting a bomb under her bed, of course. That was exactly what 18-year-old Ethan Guillen of Albuquerque, New Mexico, did on May 18, 2017. Gullen had just graduated from high school with his girlfriend, who was only identified as “M.C.,” at the time they broke up. While M.C. and her family attended her graduation, Gullen sneaked into their home and planted a bomb under her bed.

Gullen made the bomb from a new pressure cooker his father had bought. He added gasoline and set a timer for 1:30 AM that night. Then he went home and monitored his police scanner for officers responding to a bomb explosion. He never got to hear anything because the bomb did not explode. The bomb remained under M.C.’s bed until she found it two weeks later.[4] 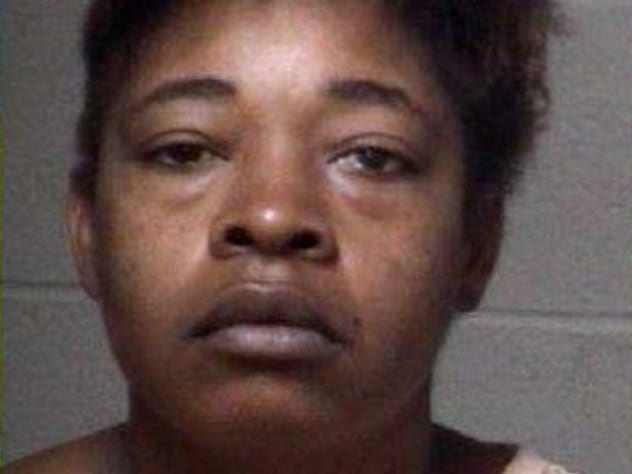 Adrienne Satterly burned down her Paulding County, Georgia, house after a court ordered her to surrender it to her former husband as part of a divorce settlement. In February 2018, on the day she was supposed to hand the house over, she arranged some mattresses in the dining room and set them on fire. Then she quietly left the house as it burned.

Satterly went to a Walmart, where she called 911 and told the dispatcher that her cat and suitcase were in her former home but that she could not retrieve them because she had surrendered the house to her ex-husband. She asked the dispatcher to send someone to get them. She never mentioned the fact that the house was burning.

However, firefighters had been informed of the fire. Unfortunately, it spread through the neighborhood, torching 19 more houses. Four houses burned to the ground, while the rest suffered significant damage. There were no human fatalities, although one man was injured, and three animals, a cat and two dogs, died.[5] 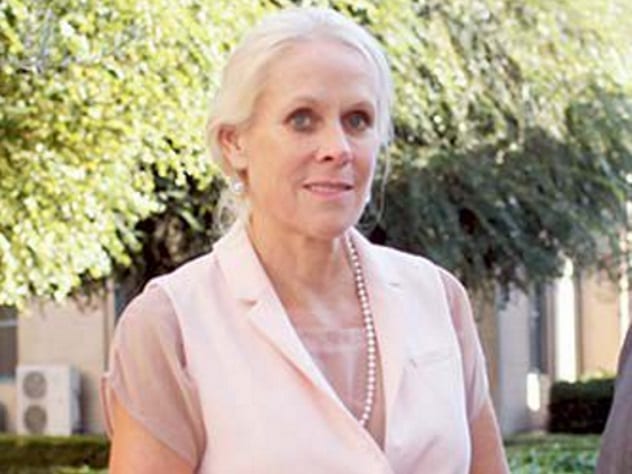 Dr. Mary Kay Brewster of Monterey, California, was so angry over her divorce that she started sending her ex-husband insulting text messages and had a face-off with the new woman he was seeing. Incidentally, Brewster and the woman worked in the same hospital. While Brewster managed to poison the woman’s plants, she had bigger plans for her ex-husband.

In November 2015, Brewster broke into her unnamed ex-husband’s home while he was away on vacation and left a python in his bedroom. To ensure that the python did not starve to death, she left three rats. The man, who was very fearful of snakes, never got to see the python because a woman watering the plants in his home called the local sheriff’s department after finding rats on his bed.

A deputy arrived to capture the rats but found a python in the bedroom. Only one rat was found in the home. It seemed the python had eaten the other two. Brewster was sentenced to 180 days’ imprisonment in January 2016.[6] 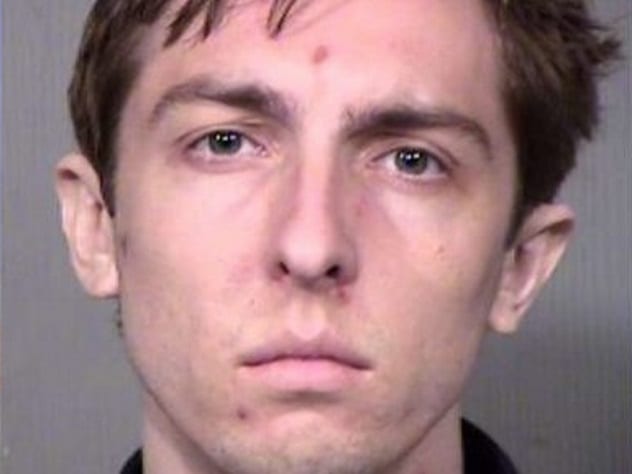 On September 14, 2017, Joshua Thomas Brickert broke into the Phoenix, Arizona, home of his unnamed ex and waited for her with a gun. He did not plan to kill her but just to scare her. He also planted drug paraphernalia in her home so that he could later claim she could not take care of their child. For some reason, he also shot her dog in the head.

The dog was not immediately killed and fled, but Brickert went after her and stabbed her until she died. Then he dumped her body in a dumpster. Police were called after neighbors heard the sound of gunfire. They later arrested Brickert for the break-in and shooting.[7] 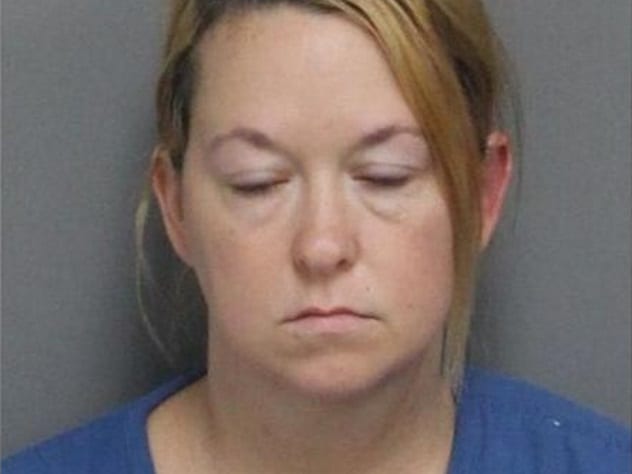 In August 2018, Elizabeth James of Laurens, South Carolina, attempted getting back at her ex-boyfriend by starving his dog to death. Fortunately, the dog was rescued before it died. The starved mastiff was so weak and malnourished that it weighed a measly 23 kilograms (50 lb) at the time it was rescued. (A healthy weight would have been 50 kilograms [110 lb].) Its bones and rib cage were visible through his flesh, and maggots were already feeding on its skin.

Elizabeth’s boyfriend had left his dog with her after their breakup. Elizabeth fed her own dogs but left her ex’s dog unfed. She chained it outside her home, where it was found by a passerby, who called animal control.[8] 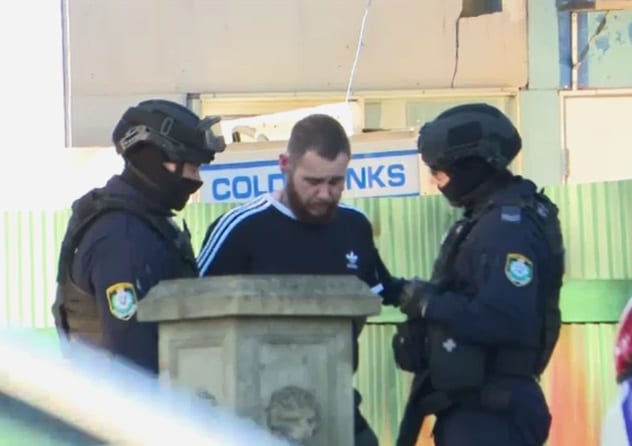 In September 2018, Chad Hogg kidnapped his ex, Cheyane Lubec, and drove her to a clubhouse in Sydney, Australia, where he removed her clothes, tied her to a pole, and shaved her hair. Lubec escaped two days later when Hogg drove her to a restaurant to get some food. He left her inside his car while he went into the restaurant.

Lubec took her cell phone from the car and escaped into the bush, where she called the police. Hogg surrendered at the clubhouse after a two-hour standoff. Lubec said Hogg did not give her any food or water while he held her at the clubhouse. He also took pictures of her bald head and laughed at her. Lubec did not know why he took her to the restaurant but suspected he wanted to feed her before killing her.

This was not the first time Hogg had kidnapped Lubec. He abducted her earlier in July and held her for three days, during which he attempted to strangle her. Hogg was arrested but granted bail, even though Lubec protested that he could kidnap her again.[9] 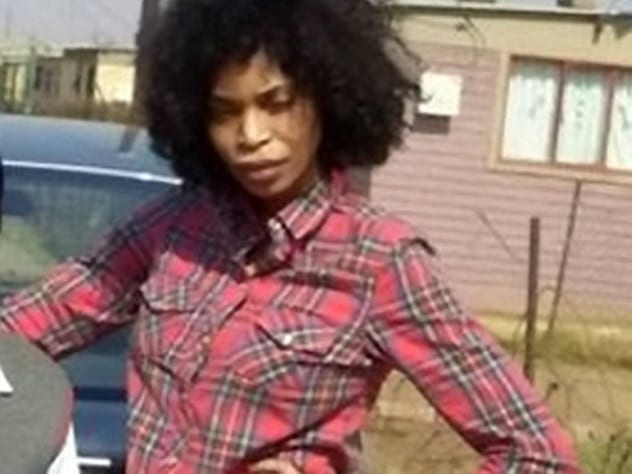 Berlinah Wallace of Bristol poured sulfuric acid on her ex-boyfriend, Mark van Dongen, in the early hours of September 23, 2015. The attack left van Dongen disfigured and paralyzed. He later opted to be euthanized.

In addition to the severe burns, one of van Dongen’s legs and to be amputated, one of his eyes was destroyed, and the other was severely damaged. The only part of his body that he could move was his tongue. Before his death, van Dongen told investigators that Wallace was so enraged over their breakup and his new girlfriend that she told him, “If I cant have you no-one can,” before pouring the acid on him.

Wallace denied the allegation and claimed it was van Dongen who poured the acid in the water and told her to use it with her drugs. However, she poured it on him after they got into a heated argument, thinking it was just water. Investigators established that Wallace had searched the Internet for the effects of sulfuric acid and had checked images of sulfuric acid victims before the incident.

Van Dongen and Wallace had broken up earlier but had tried getting back together. They met the previous day, but Wallace left after they got into an argument that night. She returned to his home at 3:00 AM that morning and poured the acid on him. Mark hated his new appearance and could not come to terms with being paralyzed. He traveled to Belgium to be euthanized 15 months later. Wallace was charged with murder.[10]