When most of us think of music, we zero in on the most popular music genres: R&B/hip-hop, rock, pop, and country. To many people’s surprise, R&B/hip-hop became 2017’s biggest music genre in the US based on Nielsen Music’s estimate of overall music consumption.

Still, there are some crazy and unconventional music genres that no one talks about. Actually, they might, but they don’t realize that these tunes fall into a distinct category of their own. Sometimes, these unconventional songs are so controversial that they’ve been banned. 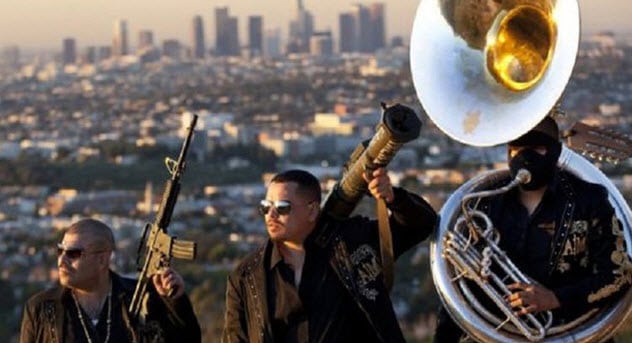 Narcocorrido is a Mexican music genre that glorifies drug lords and related crimes. The genre is controversial and has been banned by the Mexican government. Its lyrics are often about the history of the drug lords as well as their arrests, operations, deaths, battles, and even the times that they’ve been betrayed.

Narcocorrido first appeared in the 1970s before going mainstream in the 1990s. Musicians often focus on cartels that get the most media coverage. So the more the cartel’s crimes make the news, the more musicians honor these criminals in their songs. However, narcocorrido musicians usually avoid excessive glorification of the drug lords and cartels because their criminal competitors in the drug world could take offense.

The musicians also avoid mentioning the names of the drug lords they celebrate because those individuals may become angry. Either situation will usually lead to death.

Between 2006 and 2008, over 12 narcocorrido musicians were murdered under mysterious circumstances. It is believed that they were killed after certain cartels took offense at their lyrics or the mention of other criminal organizations in their songs.[1] 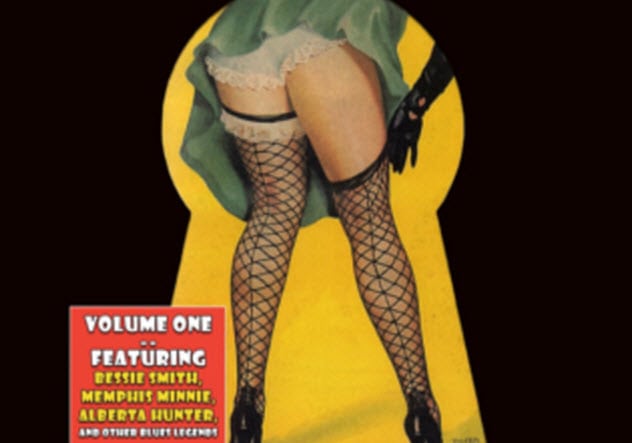 Hokum blues is basically blues music with sexual overtones. The genre was popular in the US in the 1920s and ’30s, especially during Prohibition. At the time, there was a general belief that only people who engaged in sex, gambling, or other questionable activities kept late nights.

Hokum blues musicians and bands often sang about sex, prostitution, and homosexuality using metaphors and wordplay. This allowed them to openly sing dirty songs that were only understood by people who paid close attention. Some popular titles included “He Likes it Slow,” “I Want a Hot-Dog in my Roll,” “Banana in Your Fruit Basket,” “Warm My Wiener,” “Tight Like That,” “Lonesome Daddy,” “Bull Dyke Blues,” and “Shave ‘Em Dry.”

One of the most controversial songs in the genre was “My Sweet Petunia” by Lucille Bogan (aka Bessie Jackson). “Petunia” is the name of a colorful flower, but it doubles as slang for labia.

Lucille was also explicit in her choice of words, using lyrics like: “I got nipples on my titties, big as my thumb, got something ‘tween my legs’ll make a dead man come.” Some of her songs created moral panic in the 1980s, and they usually carry a PG warning these days.[2] 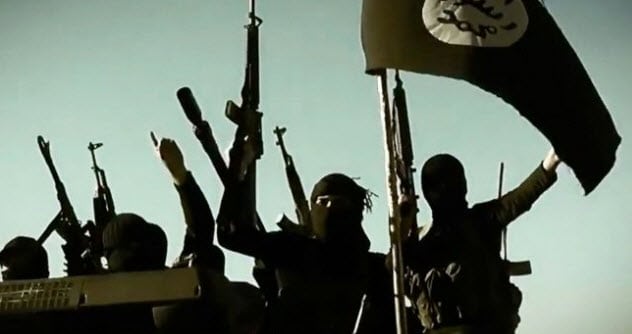 Jihadi nasheed (anasheed jihadiya) is a music genre synonymous with radical Islamic terrorist groups like Al-Qaeda and the Islamic State. Songs in the genre always have radical and violent lyrics promoting the ideology and activities of these groups or glorifying their founders.

Jihadi nasheed is an offshoot of nasheed, a musical genre that celebrates Islam and the worship of Allah. Nasheeds have no overtones of violence, propaganda, or radicalism and are common in Muslim countries. Jihadi nasheeds first rose to prominence in the 1970s when groups wanting to overthrow the governments of Egypt and Syria created violent songs to support their stance.

Today, almost every Islamic militant group creates jihadi nasheeds for their terrorism campaigns. Most of the time, they create these songs by changing the lyrics of older and more popular nasheeds. The Islamic State took it to new levels by creating a music department to create jihadi nasheeds for its use.[3]

Called Ajnad Media Foundation, the department was staffed by poets, lyricists, and musicians who created unique jihadi nasheeds for the group. These songs glorified the crimes of the Islamic State and were extensively used in its propaganda videos and for recruitment purposes. 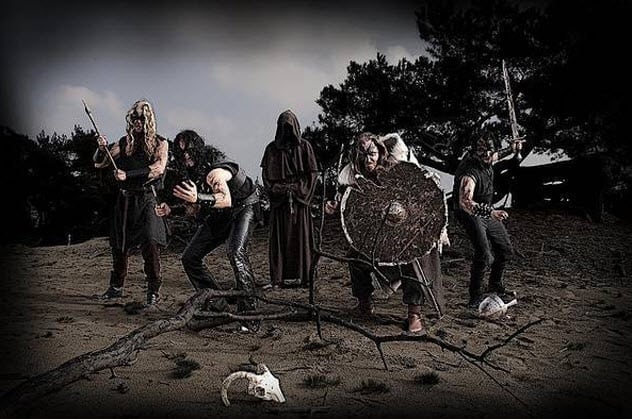 Ordinarily, it should be impossible for Christian black metal to exist. One of the characteristics of black metal is its anti-religious nature, especially toward Christianity. Some of the bands in the genre realize this, which is why they called it “unblack metal.” While controversial in its own right, unblack metal is a small genre with only a few active bands.[4] 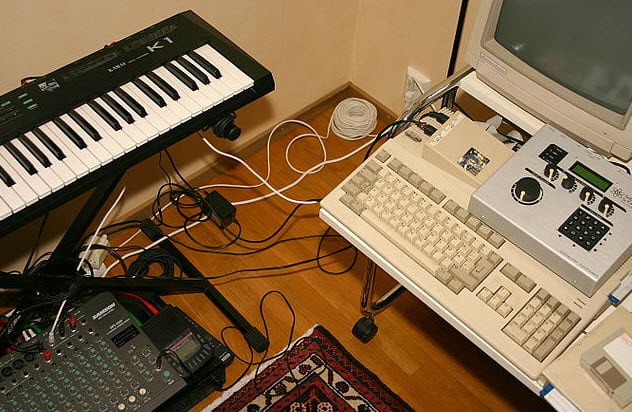 Although the lo-fi music genre started as far back as the 1950s, it gained steam in the 1970s when musicians who could not afford standard music equipment began recording their songs with homemade equipment in makeshift studios. The result were substandard songs filled with background noise and unbalanced instrumentals. Some instrumentals were too loud while others were too weak.

Interestingly, this was the same reason that the songs became popular. Listeners loved the originality of the songs, which quickly became a genre in its own right. Lo-fi was linked with youthful, up-and-coming musicians. Professional musicians soon began using homemade equipment to make their own lo-fi music.[5] 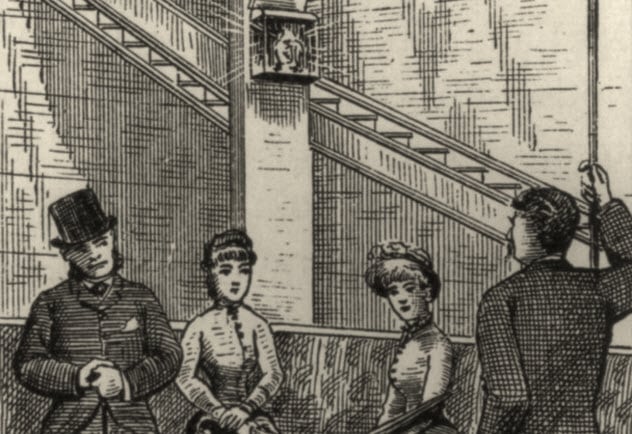 Elevator music was a genre that used to be played in elevators. The name was first used in the 1960s and ’70s. Before then, it was called all sorts of names including lift music, piped music, canned music, and Muzak. The genre has been compared to those of airplane music and factory music as they are all usually played in the background. This is why they are all classified as background music.

Music in the background genre is passive and not for entertainment. It is intended to prevent listeners from getting bored or to keep their minds engaged. Elevator music was used to make listeners forget the concept of time while they were inside elevators. The genre arose after people started complaining that the elevators were too slow.[6]

While the elevators of that time were slower than today’s vertical tranports, they were not as poky as the riders complained. Elevator companies quickly realized that speeding up their equipment would make no difference because people would still grumble that their rides were too slow. So companies added music to occupy the minds of riders and make them forget the concept of time.

Elevator music was removed during the 1960s and ’70s when people grew tired of it. So how do elevator companies keep people unaware of the time these days? They replaced the music with mirrors. Obviously, people will be more concerned with their looks than how much time they spend in elevators.

The Vegetable Orchestra Literally Plays with Their Food

Musicians haven’t agreed on the name for this genre yet, so we’ll just go with “vegetables.” This musical style was founded by the Vegetable Orchestra, a group that has perfected the art of using vegetables as musical instruments.

The Vegetable Orchestra created the genre in 1998 after brainstorming about which difficult equipment they could use to make music. They were cooking soup that night anyway, so it made sense that they thought of vegetables. Their musical style is influenced by experimental, electronic, and pop music.

Before every show, the Vegetable Orchestra painstakingly carves its instruments from approximately 32 kilograms (70 lb) of vegetables. Sometimes, they get lucky with veggies like pumpkins, which make musical sounds when beaten and do not need any carving. After every show, the group cooks their vegetables in a soup, which they share with their audience. Sometimes, they just give the raw vegetables to the audience.[7] 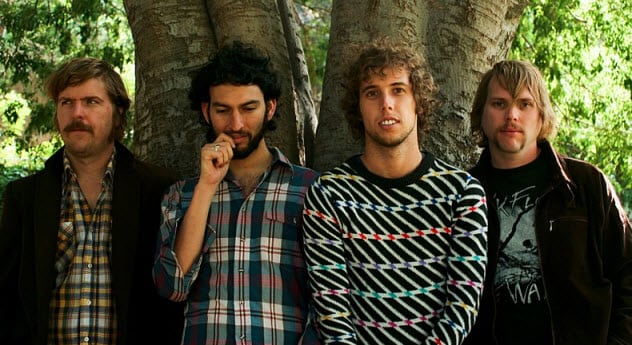 Nintendocore is what you get when you merge the background music in Nintendo video games with hard-core punk. These styles of music should be incompatible because they appeal to different kinds of people. The music in Nintendo games is usually innocuous with playful melodies while hard-core punk is aggressive with lots of screaming.

Nintendocore music is almost always about Nintendo games. Bands will often piggyback on the success of Nintendo games and even title their songs after them. This is why we have tunes with names like “Contra” and “Double Dragon.” There is another song created around the popular Super Mario and an entire album created around Pokemon. 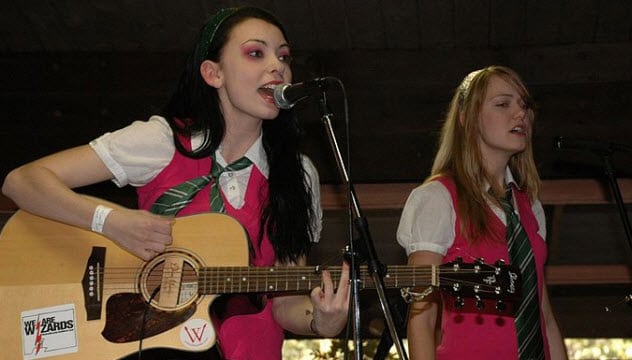 Wizard rock is modeled after J.K. Rowling’s Harry Potter. Bands in the genre even stylize their names after characters that appear in the novels and films. Popular groups include Harry and the Potters, Draco and the Malfoys, and Remus and the Lupins. Some others are called The Whomping Willows, The Mudbloods, and The Moaning Myrtles.

Wizard Rock was founded by Harry and the Potters, which was formed by brothers Paul and Joe DeGeorge in 2002. The brothers created the genre to lighten up a show happening in their home. Paul acted as Harry Potter in his seventh year at Hogwarts, while Joe acted as the fourth-year version of Harry Potter. According to the brothers, Harry Potter traveled to the past to form a band with himself.

There are no defined rules about what qualifies as wizard rock. Everything goes provided there is a wizardly touch in the song or band. Groups may sing about the entire Harry Potter series, the experiences of specific characters only, anything that happened in the wizarding world, or just about their fans.[9]

Some wizard rock bands have used their songs to dis politicians. One such song is “Cornelius Fudge is an Ass” by Harry and the Potters. Initially, it was directed at former President George W. Bush, US government officials, and the media. 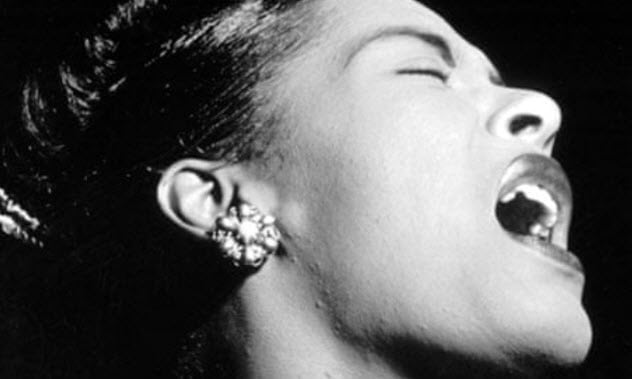 Protest music refers to a genre that is sung during protests. Billie Holiday is credited with singing the first great protest song, “Strange Fruit,” although the genre wasn’t defined until the 1960s when it broke off from folk rock. The lyrics always revolve around issues like civil rights, world peace, and other political concerns.

Some songs are deliberately crafted as protest songs while others became part of the genre because of their lyrics. For example, “Eve of Destruction” (1965) by Barry McGuire was used as a protest song even though McGuire always denied that this was so.

“Eve of Destruction,” an anti-war song that helped to solidify the genre, reached number one on the US Billboard Hot 100. But it was so controversial that it was independently banned by several radio stations.[10]

Most of the protest songs that followed the success of “Eve of Destruction” criticized the United States’ involvement in the Vietnam War. More protest songs followed as the US government dedicated more troops and resources to the war. This was not helped by the fact that increasing numbers of soldiers were dying at the front.

Protest music started to decline in 1968. Some say that the musicians and their fans got tired of singing about the war. Others shared Phil Ochs’s resignation in “The War is Over,” which was his last song about the Vietnam War. Former President Richard Nixon’s suppression of anti-war movements may have been another contributing factor.

Read about more bizarre music genres on 10 Music Genres Designed To Scare And Offend and 10 21st-Century Music Genres Most People Haven’t Heard Of.

10 Underrated Songs No One Will Agree On