Con artists are a wily bunch. They fool the rest of us honest citizens through sleight of hand, lies, and trickery. Even with all the advanced knowledge and technology we have today, old-fashioned cons still work. Beware of these classic, low-tech scams that you’d fall for unless you saw them coming. 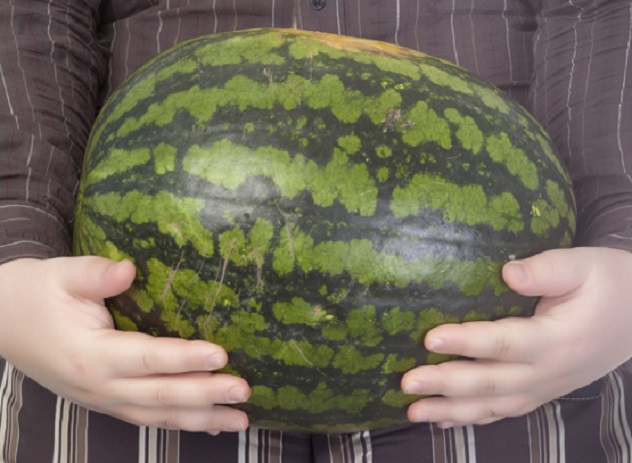 Any good person who bumped into a stranger and broke an expensive possession would offer to pay them for it. People tend to feel responsible when they break things, and that’s what melon drop scammers are counting on. This scam gets its name from cons who originally used melons at a time when melon prices were at a record high in Japan. The cons would bump into Japanese tourists, drop melons, and demand payment. The tourists would pay jacked-up prices without question.

The modern version of this scam involves throwing worthless broken glass in a box and wrapping it up to look nice. The scammers scan the crowd for someone who isn’t paying attention and bump into them, making it seem as if it was the mark’s fault. They then explain that the box contained an expensive vase—usually a gift for their mother, boss’s wife, dying grandma, anyone—which is now broken. They may even produce a receipt to prove its value. You’re lucky if you’re out less than $100 after this scam.

Believe it or not, most scams are a little more subtle than the whole Nigerian prince fraud. Buy The Con: How Scams Work, Why You’re Vulnerable, and How to Protect Yourself at Amazon.com!

The pigeon drop is simple, complicated, illogical, and makes perfect sense all at the same time. In one variation, a person approaches to tell you they found money and don’t know what to do with it. As you discuss the possibilities, they hint at splitting the profit with you. You are giving them advice, after all.

Eventually, the con will seek counsel from an authority figure, who will advise allowing time for someone to claim the cash. Until then, one person, an attorney, or a joint account can hold the cash. Swindlers then convince you to put up cash as a good faith deposit for the larger sum later. With visions of shopping sprees and paid-off bills, you comply.

In a more dramatic variation shown in the movie The Sting, a scammer poses as an injured person who needs to get a large sum of cash somewhere quickly. Another person assists them along with you, but they can’t run the errand. The poor victim begs you to make the delivery. As a sign of good faith, you leave something valuable with them, and the helper demonstrates the best way to conceal the money using your money. Afterward, you scurry off to deliver the cash, but once you unwrap the package, you discover only bits of paper. If a stranger offering you large amounts of cash sounds too good to be true, it probably is. 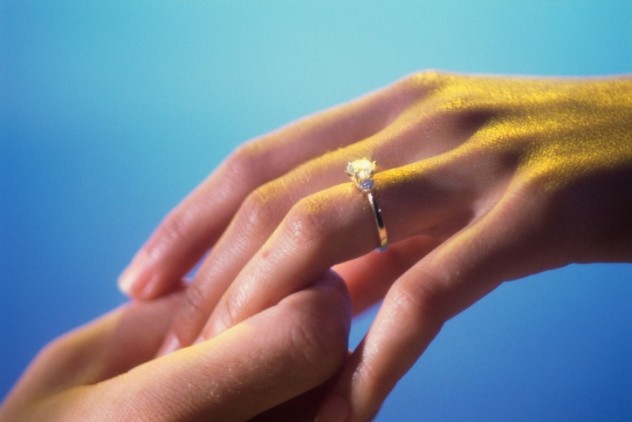 In this scam that was featured in the movie Zombieland, a pretty girl pretends to have lost her engagement ring. She asks you if you’ve found a ring and then leaves her info, promising a decent reward for its return. A short time later, some lucky stiff approaches you, having “found” the ring. The cons are counting on you to offer money for the ring either to secure the larger reward or out of the goodness of your heart.

Whether you’re cold-hearted or good-natured, any attempt to secure that ring will leave your pockets lighter. Scammers using rings for this con or variations of it have a stack of cheap costume rings at the ready. They can sell you jewelry all day, so inspect any found rings carefully.

See this scam in action! Rent Zombieland for only $2.99 at Amazon.com! 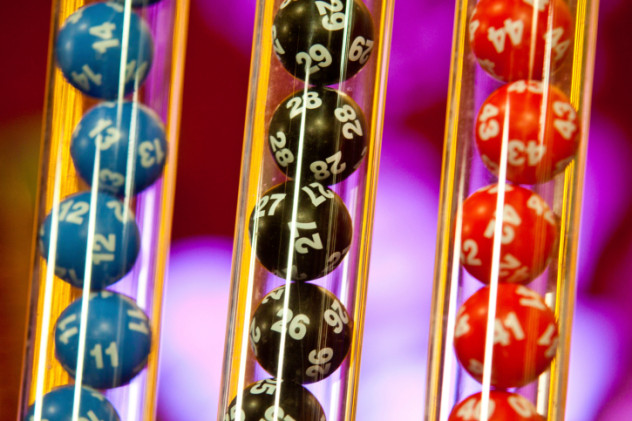 In the lottery scam, con artists convince their intended victim to buy a worthless piece of paper. Before the popularity of cell phones, cons provided forged newspapers as proof of the winning numbers, but these days, a fake hotline or website is used to seal the deal. This con requires masterful story-spinning and an inside man who befriends the mark.

One scammer reveals that they’ve won a lottery prize, but he can’t claim the cash because he owes money to the government, who will confiscate the winnings. In the original version of the scam, the winners are scared illegal immigrants without ID or legal papers. They’re afraid that when they claim the prize, they’ll be deported. The con will ask for opinions and help, then they have the victim call a hotline to verify the numbers.

Once the story is spun, the con offers to sell the ticket at a discount. The inside man convinces the victim to buy the ticket. Unfortunately, when they try to claim their winnings, they find out that the only winner was the con artist. 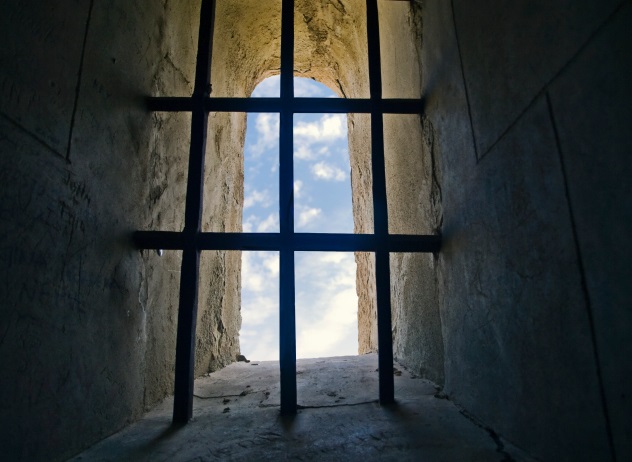 This scam sounds so fanciful, it’s crazy that anyone ever falls for it, but they do. The Spanish prisoner con is one of the oldest tricks in the book, originating around the 16th century. The scammer claims to be an aristocrat who is being held in a faraway land under a false name. They need bail money and can’t reveal their true identity. If you help, you’ll be rewarded with riches and diplomatic favors. Complications soon arise, and the poor soul needs more money. Victims hand over cash until they get suspicious or run out of money.

This scam is more popularly known today as the Nigerian prince. In this version, a person posing as a relative of an African royal or diplomat pretends to need money for an expensive item being kept in a warehouse. The item will be extremely valuable and worth more than the fee to recover it. The scammer promises to reward your generosity by depositing a significant amount of money into your account. Before that happens, you have to pay fees so that they can pay bribes or ransom to officials. They may claim that the officials want US or UK money because it’s worth more. Ignore these stories—just leave those rich prisoners in Spain. 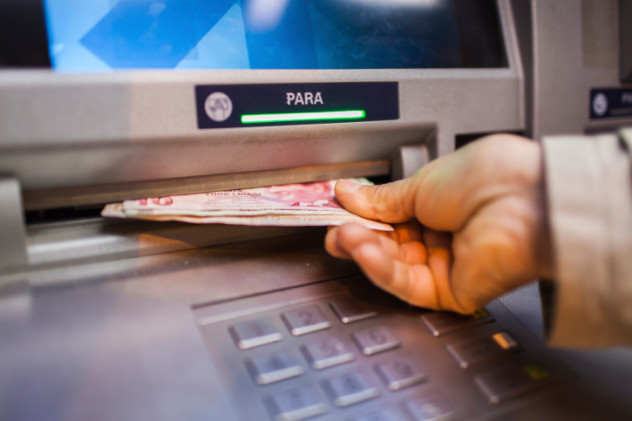 Of course, you’d never let just anyone examine your bank account, and hustlers know this. That’s why they figure out crafty ways to do it. They rope you into this con by posing as investigators and asking for your help.

In this con, scammers convince helpful bank patrons to withdraw money and hand it over to be examined under the guise of matching serial numbers, marking bills, or auditing a teller. They then use sleight of hand to switch real cash for bogus bills or simply walk off on “official” business. Variations of this scam include claiming a teller is suspected of passing counterfeit bills and they need to examine your money for the operation.

To prevent becoming a victim of this scam, refuse to cooperate with any bank examiners that come calling. If you want to help catch a thief or sort out your account, go into your bank and speak with a real service representative. 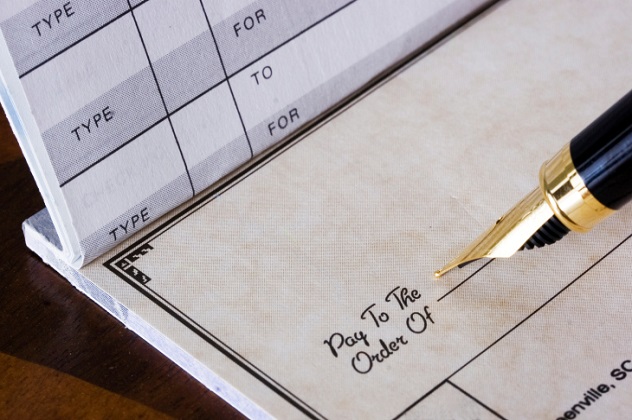 The overpayment scam evolved from several old and still active forms of bank fraud that allow con artists to write bad checks, skate off with the goods, and even get cash back. The main forms these frauds take are counterfeiting, paper-hanging, and check-kiting. Counterfeiters forge checks, paper-hangers pay with checks written on closed accounts, and check-kiters write bad checks and get cash back to cover a previous bad check. In all cases, the checks eventually bounce. These schemes mostly affect banks and businesses, but the popularity of online shopping has opened up new opportunities for swindlers. Now, they counterfeit or paper-hang checks as payment and stick you with the bill.

These are the cons that made Frank Abagnale Jr. more than $2 million in the ’60s. Anyone looking for work, selling on an auction site, renting property, or selling a car is a target. The con artist sends a counterfeit check for more than the settled amount, and when the honest seller or contractor discovers the “mistake,” they alert the con artist. The seller is instructed to deposit the check and then wire the difference back to the buyer.

Most people assume that their bank would catch a fake check on sight, but several days can pass before the bank realizes that they’ve been duped. In the meantime, federal regulations require funds to be available the next day. This loophole makes the con possible and profitable, leaving the account owner liable for checks they deposit. To avoid this con, never wire funds to a stranger or accept checks for more than the agreed-upon amount. If you have to deposit a check, wait more than a few days to let the check clear. 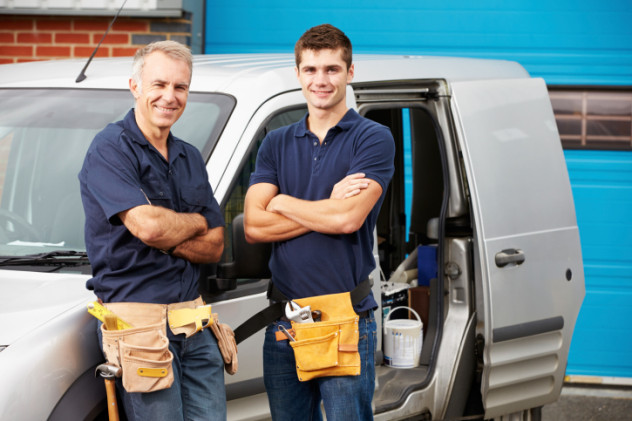 In the workmen scam, con artists posing as gas, water, or electric company employees come to your house to check on a suspected leak or shortage. They instruct you to turn on some control panel in the basement or go outside and tell them when something changes, but this is simply a distraction, allowing them to loot your house.

This scam is easy to pull off for a bold scammer, but it’s even easier to avoid by always checking the credentials of any purported utility company employees. Real employees have identification, drive marked vehicles, and won’t mind you calling to verify their claims. Ask for a number to call before letting unexpected workers into your home. If they complain or insist on entering, lock your door and alert the police. 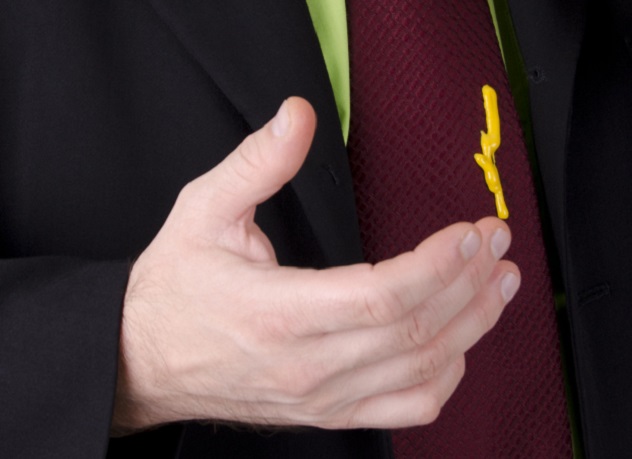 Most cons rely on distraction, shame, and confusion, and in the case of the mustard dip, confusion is key. While the victim tries to figure out how they got mustard on their coat, their guard is down, and that’s exactly where scammers want it. If a stranger points out some gooey substance on your clothes, thank them, decline their help, and clean it yourself. 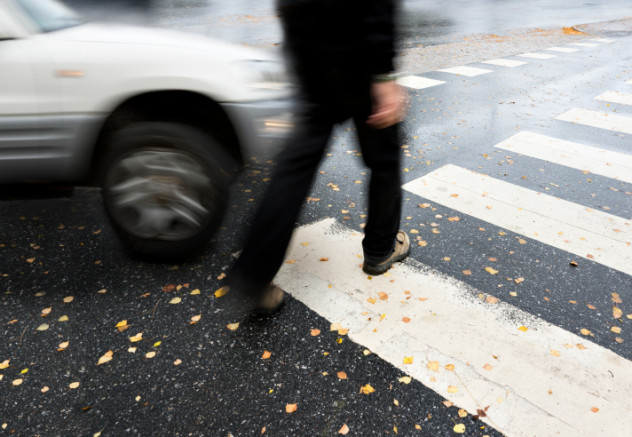 The original version of this con required a brave hustler, usually with an old injury, who would step in a car’s path and flop onto the hood. They would then either demand compensation immediately or go to the hospital. An examination would reveal the old injury, and the insurance company paid out.

The modern version nets less money but is safer for the hustler. After the flop, they insist that they feel fine and don’t need medical attention, but their computer, iPad, or other expensive item is broken. You’re just glad they aren’t hurt or talking about suing you, so you give them some money to replace it. If you’re reluctant to do so, a helpful stranger or angry witness might pull you aside to convince you.

Of course, that “helpful stranger” is a friend of the con artist, who threw an item that was already broken against your bumper and quickly positioned themselves in front of it. The only feasible way to get out of this scam is to insist on calling an ambulance or police to report the accident and avoid future legal trouble. The scammer will probably make up an excuse and leave.

Kacey is a freelance writer who appreciates the classics. She is an avid traveler and film buff who specializes in SEO, travel, blogging, copywriting, and other business writing. In her downtime, she writes poetry, watches House Hunters, and dances like no one is watching. She blogs about less illegal ventures (most of the time) at www.dreamersloft.org.