There is nothing worse than a depraved serial killer with an appetite for brutality—unless you count the tale of a cold-blooded duo that reads like a terrifying horror story. Henry Lee Lucas and Ottis Toole met in the mid-1970s and began a sexual relationship. Together, they committed some of the most twisted murders in U.S. history.

Although Toole was convicted of six murders and Lucas of 11, each separately confessed to many more—with the numbers reaching into the hundreds. However, not all of their confessions were credible.

For example, Lucas falsely claimed that he had supplied the poison for the mass suicide of the Peoples Temple in Jonestown and that he had killed Jimmy Hoffa. In addition, he said that he had committed murders in Japan and Spain, although there is no evidence that he had ever left the United States.

Here are the most sinister facts about the duo’s shared evil.

10 Each Had Suffered Horrific Childhood Abuse 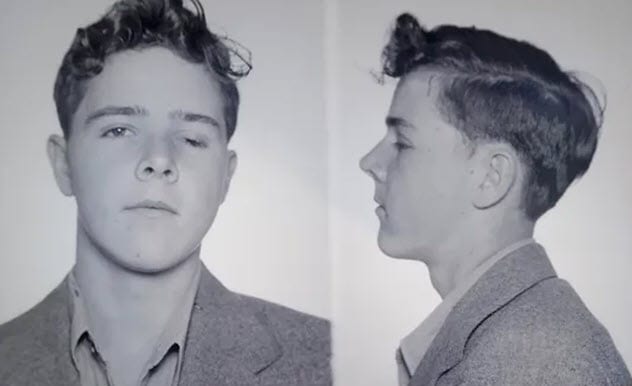 Born on August 23, 1936, in Virginia, Lucas (pictured above) had the worst start in life. His mother, Viola, beat him regularly and forced him to watch her have sex with strangers. His father, who had lost both legs in a train accident, once slept outside due to his wife’s behavior. He died after contracting pneumonia.

Viola sent her son to school without shoes and wearing ringlets like a girl. When Lucas was about 10 years old, his eye was permanently damaged after his brother swung a knife at him. The injured eye was later removed and replaced with prosthetic glass.[1]

Born March 5, 1947, in Florida, Toole’s upbringing was similar in its depravity. His mother was a Christian extremist, and his grandmother was a Satanist. He was molested by his older sister and made to wear girls’ clothing. When Toole was a teenager, he was forced to participate in sexual acts with his father’s male friends.

9 They First Murdered as Teenagers 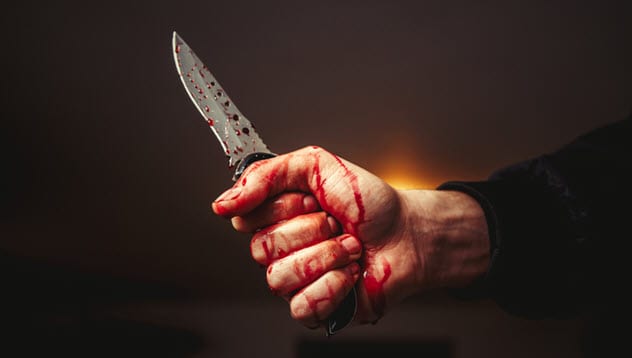 At 14 or 15, Lucas abducted a young girl from a bus stop and beat her unconscious before sexually assaulting and killing her. Later, he spent time in prison for burglary. After his release, he moved to Michigan to stay with his half-sister and became engaged to a girl.

His mother, Viola, was not impressed with her son’s engagement and wanted Lucas to return home with her. They had a violent row. Lucas slashed her neck with a knife, although he claimed it was self-defense as she was beating him with a broomstick. He was sentenced to at least 20 years in prison for the murder. However, due to overcrowding in the prison, he was released early.

Toole’s first murder also occurred when he was only 14 years old. Fleeing from his difficult home life, Toole was a regular runaway. He met a much older traveling salesman who took him into the woods for sex. There, Toole used the man’s car to run him over, killing him.[2]

8 The Two Deviants Met by Chance in a Soup Kitchen 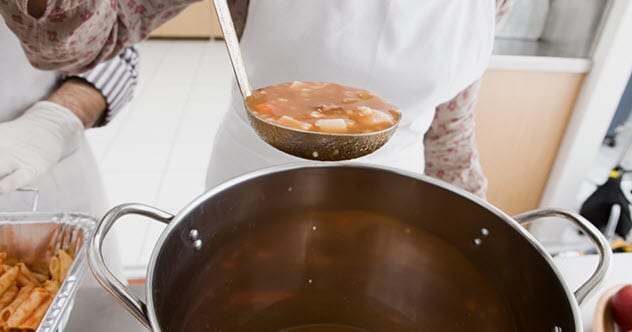 In 1976, Lucas and Toole met in a soup kitchen after both had done time in prison for various crimes. The two men quickly began a sexual relationship, and for a while, there was some stability in their lives. Lucas moved in with Toole’s family in Jacksonville, Florida, and they both found employment with a roofing company. However, it wasn’t long before they returned to their old twisted ways.

Lucas claimed that they killed more than 100 victims together from 1979 to 1981, often with Toole eating the remains. The victims were selected completely at random. As Lucas put it boldly, “Killing someone is just like walking outdoors. If I wanted a victim, I’d go and get one.”[3]

7 Lucas Didn’t Want to Be Released From Prison 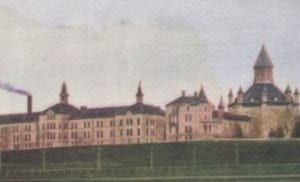 After murdering his mother, Lucas was sent to prison, then to Ionia State Mental Hospital following two attempted suicide attempts. Lucas was paroled in 1970 after serving 10 years, even though he believed himself to be a detriment to society: “When they put me out on parole, I said I’m not ready to go. I told them all, the warden, the psychologist, everyone that I was going to kill.” Lucas wound up back in prison eighteen months later after molesting two teenage girls.

Lucas was eventually sentenced to death for the slaying of a Texas Jane Doe referred to as “Orange Socks.” But after further scrutiny, it became apparent that Lucas’s accounts of this murder were full of contradictions. It’s also believed that he may have been working in Florida when the murder of “Orange Socks” took place. In 1998, Texas governor George W. Bush commuted Lucas’s sentence to life in prison.
[4] 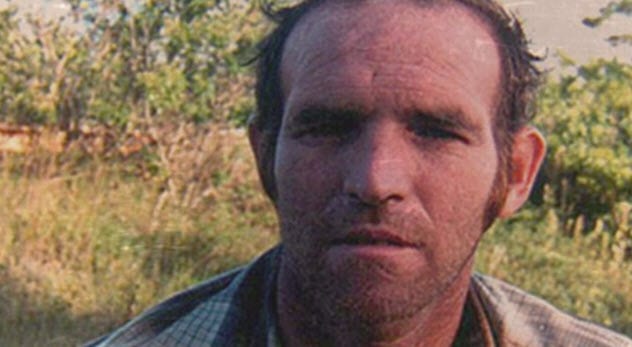 The main difference between these two cold-blooded killers was that Toole (pictured above) was a cannibal and Lucas was completely against that type of depravity. Toole even made his own twisted recipe for BBQ sauce, which recommended adding one cup of human blood.

Cartoonist Mike Diana, whose animations are notorious for their depictions of sex and violence, met Toole for an interview. When questioned about his cannibalistic ways, Toole explained:

[The victims taste the] same as a roasted piglet. Boys and girls taste about the same when you roast them at 8 to 10 years old. The flavor is a shade different when they’re teenagers. The boys are gamier than the girls. Give me the roasted meat of a boy age 14 and a girl age 14, and I can tell the difference when you use a spicy sauce.[5]

5 Lucas Ran Away With and Murdered Toole’s Niece 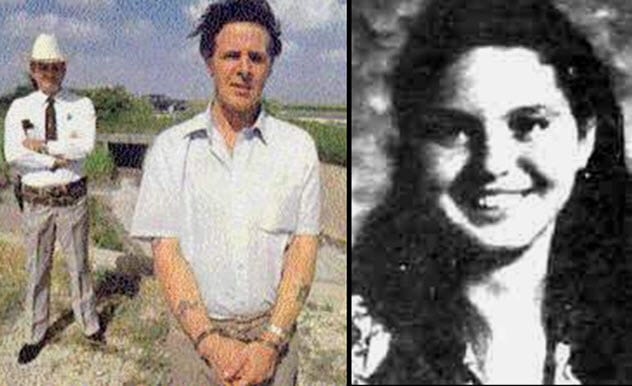 Shortly after Lucas befriended Toole, they settled in Jacksonville, Florida. Lucas began a romantic relationship with Frieda “Becky” Powell, Toole’s young niece. When Powell’s mother passed away in 1982, Lucas convinced the teenaged girl, who had an intellectual impairment, to run away with him.

They lived as drifters before eventually ending up in Texas. There, they befriended the daughter of 82-year-old Kate Rich and landed jobs looking after the elderly lady. According to the Rich family, they soon fired Lucas and Powell as the pair was suspected of writing checks on Rich’s bank account.[6]

During his later confessions to detectives, Lucas revealed that he had murdered both Powell and Rich. He even led authorities to the location where he had buried the remains. Lucas was found guilty of both murders.

4 Ted Bundy Was Blamed for One of Their Murders 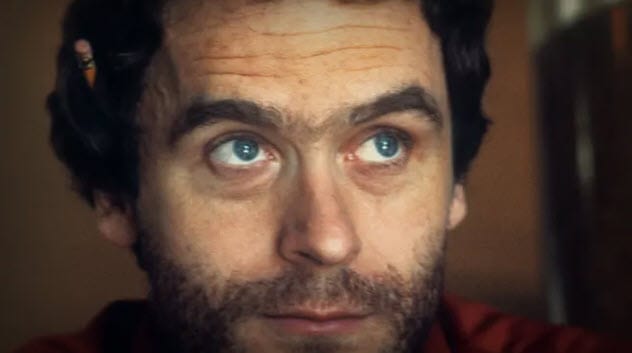 Serial killer Ted Bundy confessed to murdering at least 30 victims in several different states between 1974 and 1978. He was convicted for some of those murders and executed in 1989. However, according to Toole, Bundy had been accused of a murder that Toole had actually committed.

I got [a female victim] when she was hitchhiking in Colorado. I had me an old pickup truck. I picked her up, took her up into the Rocky Mountains and killed her. She was naked when I killed her. A pretty one. It was the summertime in 1974, and what was funny is that the police blamed the killing on Ted Bundy. But Ted didn’t get that one, I got her.

When questioned if he had committed any other murders that the cops got wrong, Toole replied, “Yeah. I got me a Chinese girl out by Colorado Springs in 1974. Cut her throat, and she had a friend and I stabbed her up, too. The cop got a guy named Estep for that case, but I did it. Cops don’t always get the right person.”[7]

3 Lucas Boasted About Murders Which Landed Toole Behind Bars 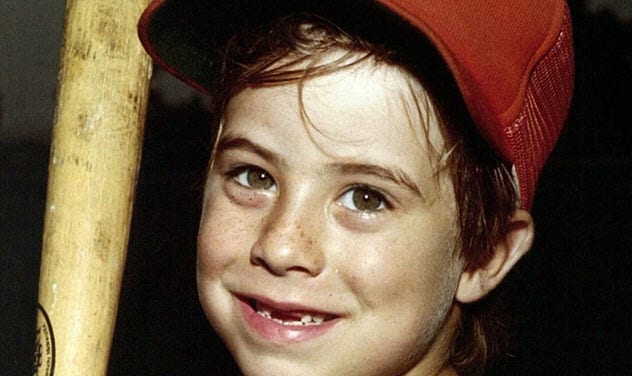 In 1983, Lucas was arrested for unlawful possession of a firearm. Detectives were beginning to unravel the seriousness of his crimes and piece together exactly how many victims he had killed. During his time behind bars, Lucas began to boast about his murder spree and named his partner in crime as Toole.

When first questioned, Toole denied any involvement. But eventually, he began to confirm Lucas’s claims. Toole also confessed to the murder of six-year-old Adam Walsh, who had been abducted from a Sears department store in Hollywood, Florida, in 1981.[8]

The severed head of the young boy was found two weeks later. Lucas confirmed that Toole was telling the truth about the Walsh murder. However, due to loss of evidence and a recanted confession, Toole was never charged.

2 Their Chilling Phone Calls Were Recorded 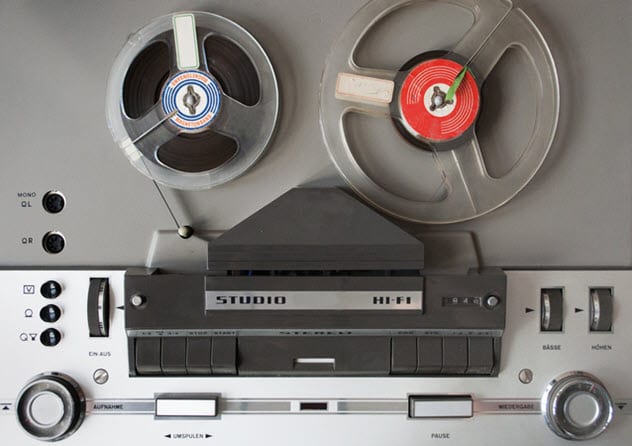 Despite being kept in separate prisons in different states, Lucas and Toole managed to keep in touch through chilling phone calls. Investigators later released the transcripts. Recorded in 1983, the conversations featured the two serial killers recalling some of their most gruesome murders.

In one recording, Toole said, “[Remember] that Mexican that wasn’t going to let me out of the house? I took an axe and chopped him all up. [ . . . ] What made me—I been meaning to ask you. That time when I cooked some of those people. Why’d I do that?”

Lucas replied, “I think it was just the hands doing it. I know a lot of the things we done, in human sight are impossible to believe.”

Later, Lucas told Toole, “Ottis, you and I have become something people look at as an animal. There’s no way of changing what we done, but we can stop it and not allow other people to become what we have.”[9]

1 They Made Hundreds of False Confessions 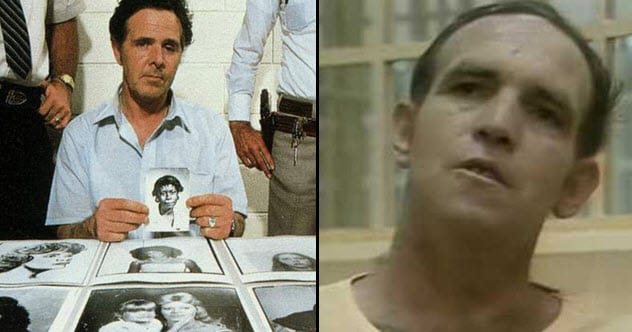 Lucas was dubbed the “Confession Killer” in the media after claiming responsibility for a staggering 3,000 murders. In the courtroom, he declared in front of reporters, “I killed Kate Rich and at least a hundred more.” After entering a plea of not guilty, Lucas asked the judge, “Will I still be able to go on helping find bodies?”[10]

These shocking confessions would have made Lucas one of the most prolific killers in U.S. history. However, not everyone was convinced that the stories were true. Many of those murders happened within the same month.

If Lucas had been the killer, he would have driven his 13-year-old Ford station wagon 18,000 kilometers (11,000 mi) in one month. It was just not believable. Toole also offered endless false statements confirming that Lucas was responsible for the murders.

Lucas was sentenced to life imprisonment and died from heart failure behind bars in 2001 at age 64. Toole also spent the rest of his life behind bars. In 1996, he died of cirrhosis at age 49.

About The Author: Cheish Merryweather is a true crime and oddities fanatic and founder of Crime Viral.

10 Crimes That Took Place in a Pumpkin Patch