Some fads hold on for decades—or at least as long as it takes us to realize that what we’re doing is dangerous. With the recent anti-vaccination movement, along with the relatively new fads of weight loss pills and e-cigarettes, there’s a whole list of mistakes we’ve made that, in the end, we find out we probably shouldn’t have. 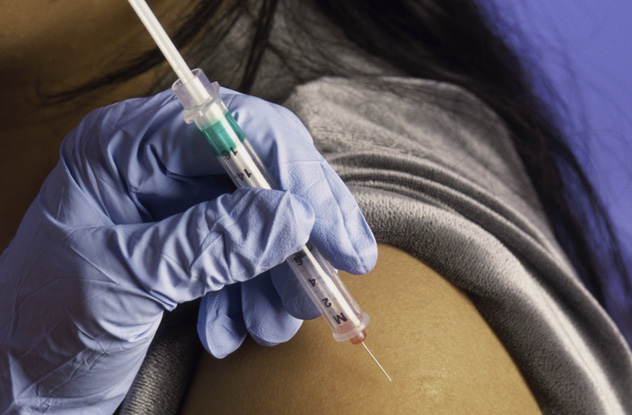 The anti-vaccination movement somehow keeps attracting followers. Its advocates try to warn the public about vaccine side effects like seizures (which are extremely rare and have no lasting effects) and about the link between vaccines and autism (which is non-existent and based on a single discredited report). The movement helps no one. Instead, it’s making hundreds of people sick.

Measles was declared eliminated in the United States in 2000. Nonetheless, the Center for Disease Control has identified 288 cases of the potentially deadly disease in 2014 across 18 different states. Most of the cases were contracted when unvaccinated individuals traveled overseas and were exposed to the disease before bringing it back. Among those hardest hit by the outbreak is the Amish community through unvaccinated missionaries.

Vaccines save lives. The last 20 years of vaccines have prevented an estimated 732,000 deaths. 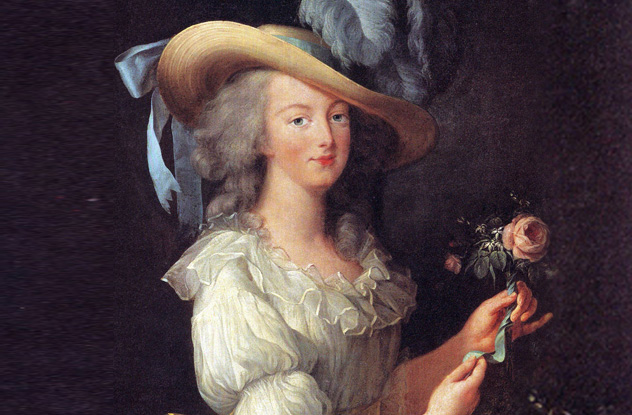 Muslin is a versatile cotton fabric first made in the Middle East and popular in Europe since the 17th century. When the material came to France, it brought with it a deadly fashion trend.

Limitations had already been placed on fashion by sumptuary laws, which restricted what clothing French citizens could wear. Women started wearing light, sheer muslin dresses that harkened back to ancient Greece. The goal was to look like a Greek statue: pure, white, and marble. The muslin dresses were often worn over tights. They were also worn wet to accent the features of the body beneath.

While it might seem like a harmless, if somewhat immodest, display, it gave rise to what was popularly known as muslin disease. Women wore thin, wet clothes all year ’round, even in the winter. When influenza swept through Paris in 1803, it struck some 60,000 people each day, mostly women whose ability to fight off the disease was seriously compromised by their fashion choice. 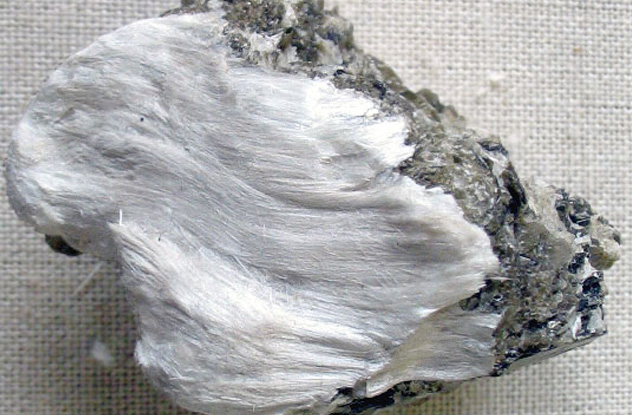 A huge number of buildings still contain asbestos, but the fire-resistant material is far from a new discovery. Asbestos was used as far back as 4000 B.C., when the slow-burning material appeared ideal for candle wicks. Early Egyptians used asbestos to wrap the bodies of their dead to prevent decay, and in ancient Greece, bodies placed on funeral pyres were wrapped with asbestos cloth to separate their ashes from the ashes of the fire.

Clay cooking pots were lined with asbestos in areas across Europe, and in ancient Rome, cloths made from asbestos could be cleaned just by throwing them into the fire. Charlemagne ordered tablecloths made of asbestos to keep them from catching fire during his parties, and knights in the Crusades flung burning tar from their catapults wrapped in—you guessed it—asbestos. Long thought to be a byproduct of a fiery lizard (an idea that was disproved by Marco Polo), asbestos was even the material of choice for sellers of holy relics. The unique properties of the material gave wood an ancient, weathered look that made it look a part of The Cross.

The dangers of asbestos have been known since the time of ancient Greece, when miners wore masks made of animal innards to keep from breathing the fibers. But in modern times, not till the 1970s and the emergence of mesothelioma did the asbestos industry shut down. 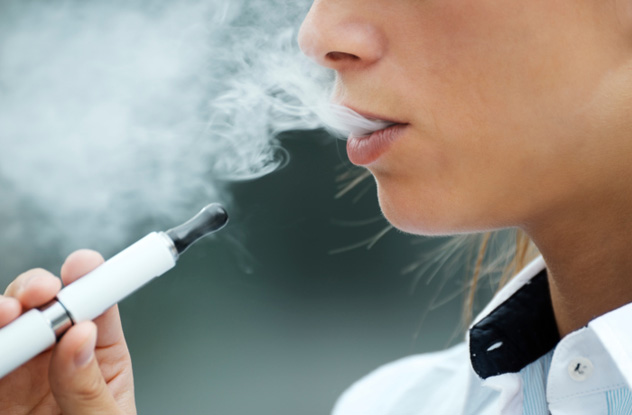 E-cigarettes give you the same nicotine hit as conventional cigarettes without the toxic tar. Even advocates who oppose vaping—believing it may discourage smokers from abandoning nicotine altogether—say it is better than smoking. However, users who think they can inhale a chemical for a nicotine high without suffering any effects are mistaken.

The vapor can contain chemicals like formaldehyde and acetone and can produce eye and respiratory irritants like propylene glycol. While the levels in secondhand vapor are less than those in secondhand smoke, they can still pose health risks. These risks increase when the e-cigarette is turned up higher.

Beyond the effects of inhaling the vapor, e-cigarettes present consumers with a concentrated, toxic chemical, and many have shown themselves incapable of using or storing it properly. In one month in 2014, poison control centers reported upward of 200 phone calls after children ingested the poison or got it on their skin. Pets are also at risk. Depending on the size of the dog, chewing a single cartridge can result in anything from seizures and cardiac arrest to death—all within 15 minutes. Users of e-cigarettes should keep cartridges out of the reach of children and pets, as they would alcohol or any other potentially dangerous substance. 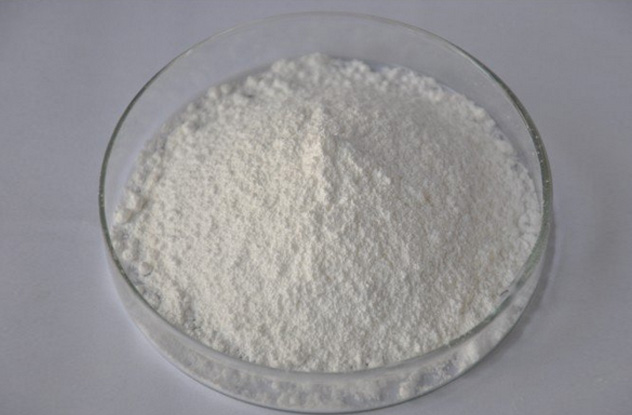 Many swear by their vitamin C and calcium pills, but supplements touted as healthy sometimes turn out to be just the opposite.

In 2013, the Food and Drug Administration pulled several weight loss supplements from the market. They’d linked a stimulant called dimethylamlamine (DMAA) with 86 cases of psychiatric disorders, nervous system malfunction, and death. Even after the danger was documented, one company the FDA contacted refused to stop manufacturing the drug until the FDA visited them in person.

The FDA doesn’t review supplements before they hit the market. Bills have been put before Congress to make the agency do so, but for now, consumers must just trust the manufacturer. A supplement may be useless at best or contain deadly substances at worst. 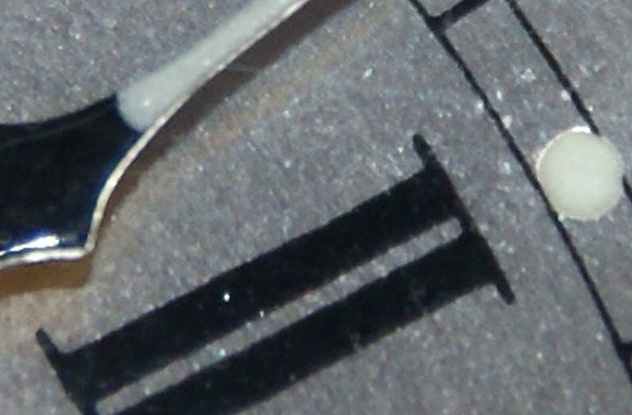 Radium was first discovered in 1898 by Marie Curie. It naturally occurs when uranium decays, and purified radium has the property of glowing in the dark. For the public in the early 1900s, that glow was unique, and radium was used in the first glow-in-the-dark watches. Soldiers in trenches during World War I told time after sunset using the glow. And many industrial dials, such as on ship and airplane control panels, were coated with radium for easy reading.

Dial painters were mostly young women, and they were expected to paint about 250 watch dials every day. Many took to rolling the tips of their paint brushes between their lips. Others streaked their hair with radium to make themselves shine. Slowly, the girls fell ill. Teeth fell out, sores developed, and the bones in their faces rotted away.

In 1924, Harvard University and the US Radium Company investigated the effects of radium for the first time. The study concluded that the deaths of the young women in the plant had nothing to do with radium. But when the Consumers League of New Jersey got involved—with the help of some less-biased doctors—they found that radium is dangerous, and so were the working conditions at the factory. Turning off the lights revealed that the women were constantly covered in radium dust, glowing in the dark like their watch dials. Exposure was so great that when they breathed, they were breathing out radon gas. 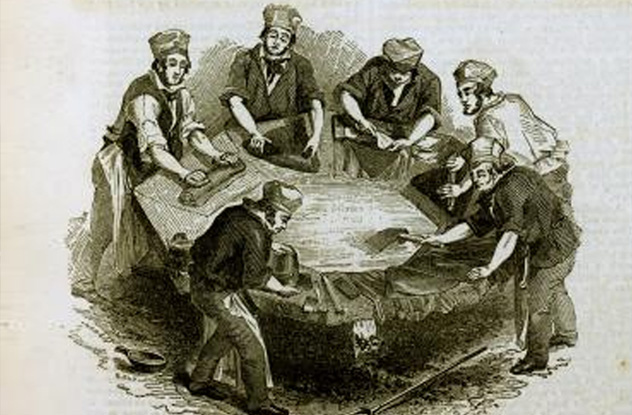 The phrase “mad as a hatter” comes from the use of mercury in 19th-century hat-making. Originally, hatters separated fur from animal hides for felt using camel urine, as the urea’s chemical reaction pulled the hairs out of the skin. Later, people wondered why they were going through all the trouble of getting camel urine when they had plenty of their own readily available. So manufacturers shifted to human urine instead.

Over time, it appeared that syphilitic felt-makers consistently produced higher-quality felt. Those workers treated their disease with mercury, which entered their urine. When their urine hit animal skins, it reacted differently, fur came off more easily, and the skin took less damage. Felt-makers stopped using urine altogether and switched to mercury nitrate.

The process was banned in the United States in 1941—but not because of the risks, which had been known since 1874. Mercury was needed for weapons manufacturing, so the government appropriated it for wartime use. 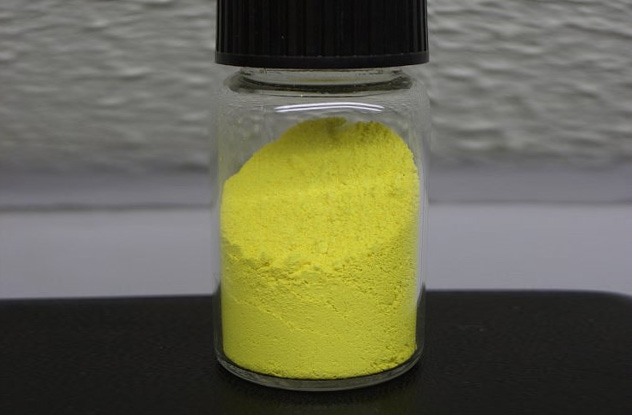 Cadmium sulfide is a component of many yellow paints. It was hugely popular with the Impressionists and was a favorite of artists like Van Gogh, Monet, and Matisse. Long-term effects of cadmium-based paints weren’t known at the time, though, and now, more than a few Impressionist paintings are decaying because of the breakdown of the cadmium sulfide. Even after we realized the compound decays and changes color, we kept using it.

But while calcium sulfide can lead to paintings changing over time, some paints contain pure cadmium metal, which can be dangerous. Cadmium is a toxic carcinogen. McDonald’s was caught using cadmium paint on merchandise in 2010 and had to recall 12 million units of Shrek tie-ins. 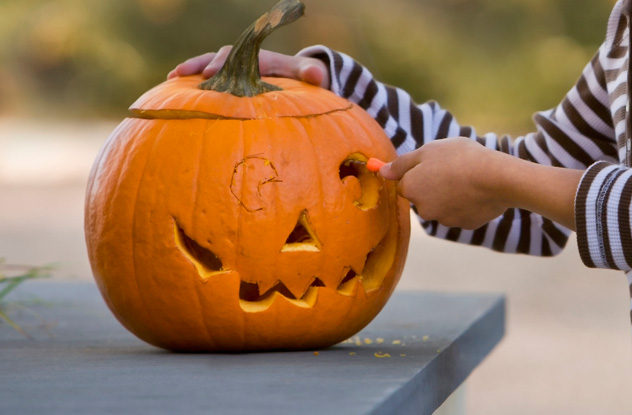 Halloween is loosely based on the Celtic holiday Samhain, the final harvest of the year traditionally observed on October 31. It prepared people for the long winter months, when bonfires were lit to protect the living from the spirits of the dead. Those massive bonfires turned into smaller fires and were made safer by lighting them within a turnip.

When the tradition crossed to North America, turnips were in short supply, but pumpkins weren’t. So the tradition expanded to lighting fires within pumpkins, and with carving the thick-skinned vegetable came danger. According to Consumer Reports, about one-third of Halloween-related injuries happen when carving pumpkins. These range from cuts to severed tendons.

A SUNY Upstate Medical University research team wanted to learn how badly different carving knives hurt people, but testing them on live humans seemed ethically questionable. So they removed hands from cadavers, and they used a hydraulic press and a variety of kitchen knives to see what kind of damage each would do. They tested the pressure needed to carve the pumpkin against the pressure needed to damage the hand. Blades marketed as pumpkin-cutting tools were generally less dangerous than standard kitchen knives, but care should still be taken to avoid making the night a bit more gruesome than planned. 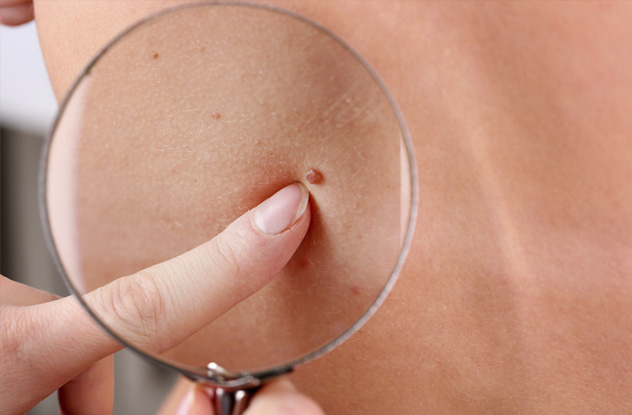 Beauty might be only skin deep, but that’s all it’s ever taken for the human race to do a lot of damage to themselves. For hundreds of years, we’ve been more concerned with the current beauty ideals than safety.

Our history of dangerous skin care products goes back at least to feudal Japan, whose lead- and mercury-based face paints created highly desired white complexions. Those powders and paints remained popular through the 18th century, when people finally got concerned about side effects like lead poisoning and neurological disorders.

That’s about the same time that the Western ideal changed. Once, pale skin was considered beautiful, as it meant an indoor lifestyle free from manual labor. With the Industrial Revolution, pale skin meant you were from the working class, confined to factories and mines. A tan, however, meant you had leisure time out in the country and were likely healthier than those subjected to cramped, polluted cities.

Tanned skin became much more desirable, and when Coco Chanel began the trend of sunbathing, the idea really took off. But we now know that about 90 percent of skin cancer cases are linked to prolonged sun exposure. The same exposure can age you prematurely, weaken your immune system, and damage your eyes.