A host of medical hiccups can hit the human body. Microscopic bugs, injuries, and failing systems are the classics. More intriguing are the rare cases, some only appearing for the first or second time.

Say hello to semi-identical twins, children who cannot move after dark, and serious gender switching. The senses go haywire in unbelievable ways, but the brain, when injured or subjected to surgery, is responsible for some of the most unreal and often tragic conditions. 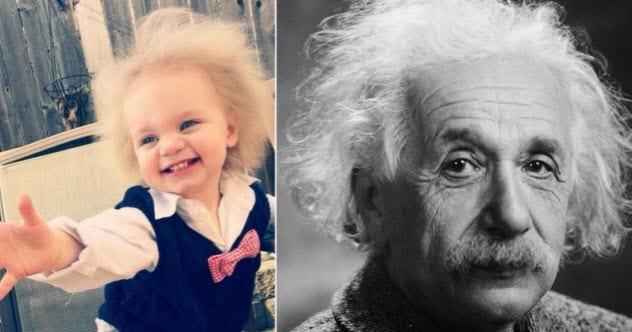 A rare condition gives people a wild hairdo. Called uncombable hair syndrome (UHS), it makes hair, well, difficult to comb. Only around 100 cases are known, and one of them is Taylor McGowan. When she was born around two years ago, she appeared fairly normal.

By the time she was five months old, Taylor grew the trademark silvery-blonde locks of UHS. Her parents noticed the super frizz, but a nurse told them that the hair would soon fall out. Taylor’s grandmother was the first to realize what was going on when she found photos of other UHS babies. The rarity of the condition made her parents dismiss the chance of Taylor having it.

However, genetic tests proved that the Chicago baby was indeed a member of this funky-looking group. From each surprised parent, she had inherited a copy of the PADI3 gene mutation. Normal hair shafts are smooth and round, but the mutation sprouts hair with grooves—and that’s why she looks like a baby Einstein.[1] 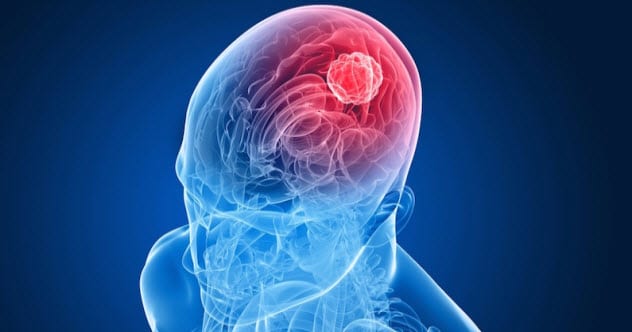 In 2016, researchers published an interesting case. It did not end well for the woman involved (she died eight months after diagnosis), but her tumor could explain sudden mystical experiences in some people.

The unnamed patient lived in Spain. The 60-year-old was described by family and friends as a happy person. Although she believed in God, she was not religious. Over two months, she experienced an abrupt change. Her mood was quiet, even sad, and increasingly, the woman turned to religious writings. She even had meetings with the Virgin Mary.

An MRI and biopsy diagnosed her with an aggressive form of brain cancer. During the next five weeks, her treatment included radiation, chemotherapy, and antipsychotic medication. Tellingly, the elderly patient’s conversations with the Virgin Mary ceased.

An overview of the case could find no other trigger for the hyper-religiosity except the tumor. How the cancer caused spiritual fervor remains unknown, but the woman’s right temporal lobe appeared to have played a role. Previous cases involving mystical experiences have been linked to this brain region.[2] 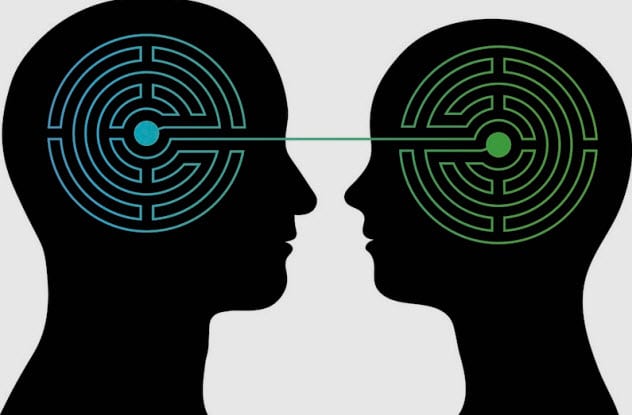 In 2000, a woman had surgery to treat her daily seizures. The procedure removed parts of her brain, including the amygdala. This region is behind the recognition of emotions in others, or empathy.

For all intents and purposes, the woman’s ability should have taken a knock. Instead, empathy swelled so strongly that it was described as a “spectacular emotional arousal” that also triggered physical effects. Just getting involved with characters in a book could ignite her feelings.[3]

Around 13 years later in 2013, her hyper empathy continued. That same year, it became the first case in scientific literature detailing the unusual emotional development after a brain-removal surgery. The woman scored high on empathy questionnaires and beat 10 other women when asked to determine emotions from photos. (The images only showed eyes.) Her mental health also scored in the normal range.

Oddly, this went against a study from 2001 in which 22 people with damaged amygdalae showed reduced emotional recognition. It is plausible that damage to the amygdala reduces empathy, while complete removal rewires other regions for empathy and more strongly so. 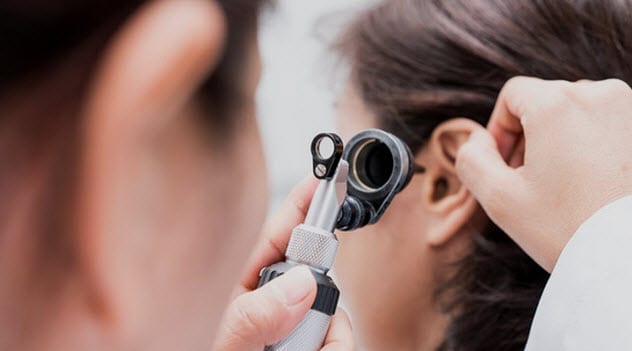 In 2019, a woman in China felt sick. Her ears rang, and soon afterward, she threw up. The next morning, she woke up with an exceptionally weird symptom—she could not hear her boyfriend’s voice. The woman, identified only as Chen, could hear everything else.

The female doctor who treated her noticed that Chen could hear her but not a man talking nearby. As it turned out, she could not hear male voices. The diagnosis was a rare condition known as reverse-slope hearing loss (RSHL). Patients fail to hear low frequencies—like deep male voices.

Many things can cause RSHL, including trauma, blood vessel problems, and autoimmune disorders. In Chen’s case, physicians found that a lack of sleep and work stress caused her strange deafness. Luckily, the prognosis was good. She was expected to make a full recovery given enough rest.[4]

In general, when RSHL is treated within the first two days, most cases can be resolved with potent doses of steroids. Oddly, some cases spontaneously heal with no medical intervention at all. 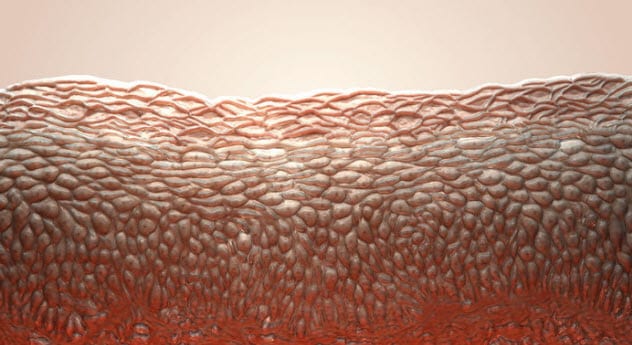 Epidermolysis bullosa (EB) is an excruciating, often fatal condition. The slightest contact can make the skin blister and fall off. In 2015, German doctors were desperate to save a seven-year-old boy. His EB was so serious that most of his skin sloughed off and the child was dangerously septic.

The doctors called a stem cell biologist in Italy who tinkered with experimental gene therapies for EB. He had experienced some success with two other patients but on a very small scale. The German boy’s condition was an epic emergency and a true test for the gene therapy.

The Italian team searched for stem cells on his ravaged skin and finally found some near the groin. These were grown into sheets of skin using a retrovirus that carried healthy copies of the gene responsible for EB.

During two operations, the sheets were grafted over his back, limbs, and a part of his chest. It was an incredible success. The skin regenerated in a healthy manner over 80 percent of the boy’s body. He remained blister free in the graft areas, returned to school, and even made the soccer team.[5] 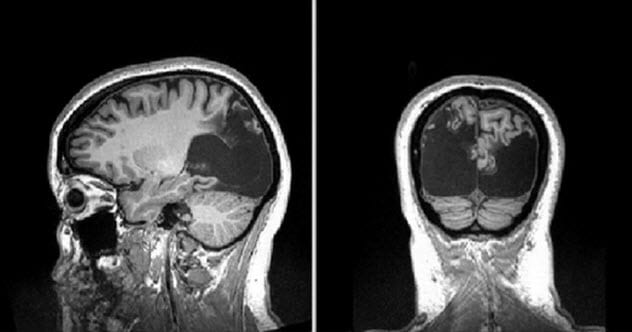 Milena Canning’s life changed when she was around 30 years old. The young Scottish woman suffered a respiratory infection and strokes and survived a coma that lasted for eight months. The medical trauma left her blind.

Several months after emerging from the coma, she started to see again. However, her vision only worked when something moved. For example, rain running down a window pane was visible but not the window. Cleverly, she learned to create motion with head movements.

As her mysterious case became more known, researchers put Canning, then 48, through a battery of tests. They diagnosed her with the Riddoch phenomenon. A patient with this condition is blind but can detect movement.

Normally, lesions within the brain’s occipital lobe cause the syndrome, but Canning’s was missing an apple-sized piece—which was nearly the entire thing. The tests performed in 2018 also compiled the most detailed map of a Riddoch brain.[6]

It showed something remarkable. Canning’s brain did its best to circumnavigate the dead visual system by rewiring other areas. This was why her motion perception had survived. 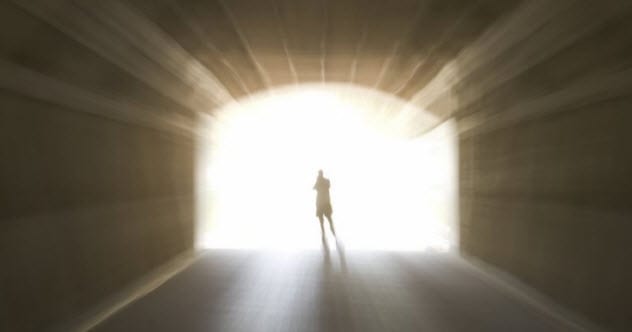 This gory-sounding illness makes people believe that they are dead. Officially called Cotard’s syndrome, it was first described in 1880. Almost no research was done to understand the rare condition.

In recent years, scientists sieved through the Mayo Clinic’s records dated from 1996 to 2016 to identify more cases. They found 12. The four women and eight men all had nihilistic delusions. They believed that they were either dead or dying or that their organs were missing or in the process of being destroyed. Oddly, three of the patients had the same “death.” They all claimed to have been killed by medical staff.

In the past, Cotard’s was believed to be a psychiatric condition. But the Mayo study found that the brain played a role, one that was not mental. Although eight patients had a psychiatric diagnosis, including schizophrenia, five displayed neurological symptoms like headaches and seizures.[7]

The physical evidence for Cotard’s also received a strong boost when scans found seven of the individuals had brain lesions. Approaching it as a neurological rather than exclusively psychiatric condition could one day solve its cause and help develop better therapies. 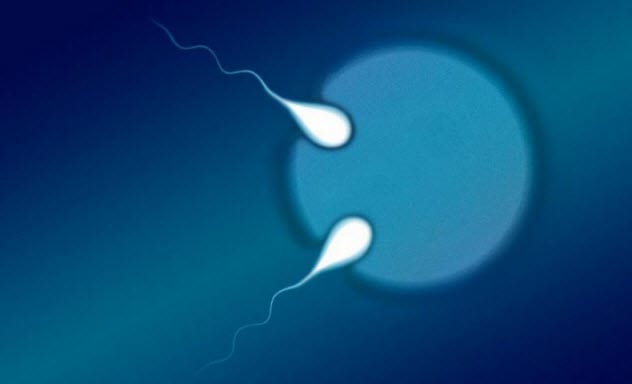 During an ultrasound, a woman from Australia heard that she was carrying twins. They shared a placenta, which meant the babies were identical. When the mother was 14 weeks pregnant, she went for a follow-up scan. When the ultrasound showed a boy and a girl, doctors knew something was wrong. Identical twins cannot be different genders.

Soon, they were identified as sesquizygotic, or semi-identical. The case was only the second such pregnancy in history. Sesquizygotic twins form when the egg is fertilized by two different sperm. This is genetically risky, as the babies eventually proved.

Normal conception works with two sets of chromosomes, but the Australian babies started out with three sets. Although the children were anatomically male and female, both had XX (female) and XY (male) sex chromosomes. Due to malignant developments, the girl had her ovaries removed.

As of early 2019, the four-year-old twins are reportedly healthy. Interestingly, on their mother’s side, they are 100 percent identical. On their father’s side, about 78 percent.[8] 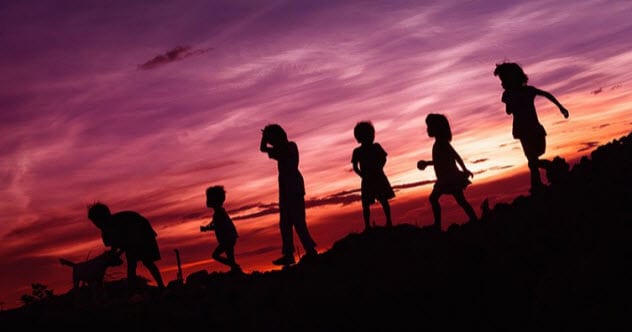 In the Dominican Republic, Turkey, and New Guinea, some parents welcome the birth of a new daughter. When puberty hits, however, the child actually turns into a boy. They are called the Guevedoces, a word that means “penis at 12.” These little girls were never female.

In affected boys, an enzyme deficiency impedes the development of male sex organs. At birth, they fool everyone so convincingly that the children are given female names and raised as girls. Come puberty and the influx of testosterone, the Guevedoces finally develop their male genitalia. As adults, their height, beards, and testes are slightly undersized, but they live as men and can have children.

Sometimes, only their names give away their feminine beginnings. Some never adopt male names. Although the condition is incredibly rare, around 1 percent of boys born in Salinas, a village in the Dominican Republic, are Guevedoces.[9] 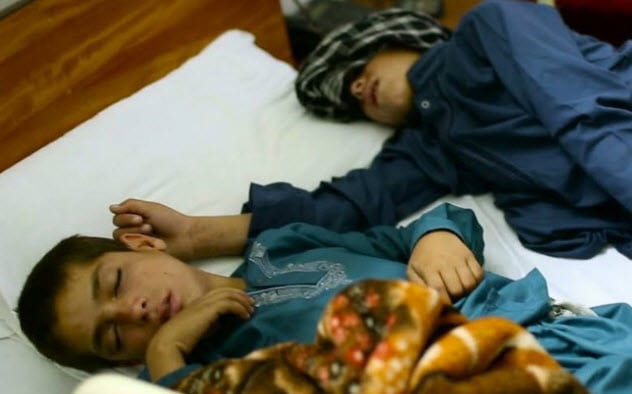 In Pakistan, brothers Shoaib Ahmed, 13, and Abdul, 9, do everything expected of healthy kids—until the Sun sets. As soon as that happens, the brothers become paralyzed. They cannot speak, eat, or open their eyes.

Doctors have never seen this condition but have reason to be alarmed. The family lost two children in the past, and both had the strange paralysis. Gender was a common factor. The deceased kids were also boys. The family’s daughter was unaffected.

In 2016, Shoaib and Abdul took up residence in a hospital in Islamabad. For the sake of medical curiosity and helping the boys lead normal lives, the treatment was free. Over 300 tests later, the only medical progress was to rule out certain possibilities.

A lack of light had nothing to do with it. When placed in a dark room during the day, the brothers functioned perfectly. No nerve damage or sleeping disorders accounted for the paralysis. Researchers suspect that genetics could be behind the unique affliction because the boys’ parents are first cousins.[10]