Explorers named the countries they discovered using a little bit of legend and a dash of superstition. Many of us know the fascinating tale of how Greenland and Iceland got their names. The viking Floki Vildegarson named Iceland for its icebergs after suffering misfortune, while Erik the Red named Greenland for its lush valleys to encourage his countrymen to settle there, and yet each country’s climate now seems to contradict its deceptive name. Here are 10 other tales behind the naming of countries. 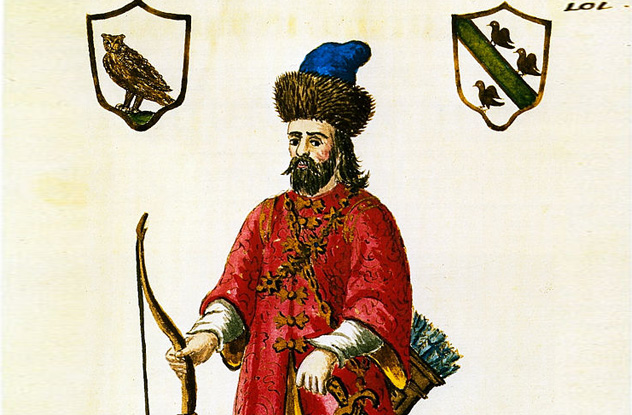 The most populous nation in the world has had numerous names. The word “China” itself was derived from the Qin Dynasty (pronounced “chin”), established by Qin Shi Huangdi, the First Emperor. Likewise, another name, “Cathay,” came from the famous traveler Marco Polo, who referred to northern China by such a name (and southern China as “Mangi”). Readers may know of the airline Cathay Pacific, and its Marco Polo Club, exclusive to “modern-day Marco Polos”—frequent flyers.

Another name for China is “Zhongguo,” from the words Zhong (“center”) and Guo (“country”). Literally it could be interpreted as “the central country,” but a more apt translation would be “The Middle Kingdom.”

For centuries, the people of China believed the land was at the very core of creation under heaven. The further you travel away from this center, the more barbarous and inhospitable the lands become. In a sense, they were correct. Outside their borders and their famed Great Wall lay the various steppe tribes—the Xionnu and Shan Yue raiders and the countless hordes of the Mongols and Oirats. “Zhongguo” was also used as the shortened version of “The People’s Republic of China.” 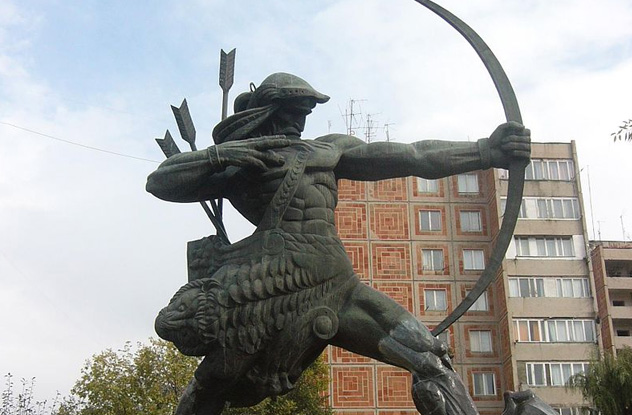 Armenia, the small landlocked nation bordered by Turkey, Iran, and Georgia, has had a long-storied history with monotheistic religions. It is widely considered the first nation to have adopted Christianity as the official state religion in the year 301.

Armenia, which is derived from the Old Persian language as “Armina,” has another name for itself: “Hayk,” after a descendant of Noah said to have settled in those lands near Mount Ararat. An even more complete interpretation would cite the country as “The Land of Noah’s Great-Great-Grandson, Hayk.” In legend, Hayk left for a time to assist in building the Tower of Babel. Upon his return, his lands were encroached upon by a Babylonian king whom he killed in battle.

Later on, the country’s name was changed to Hayastan (the Persian suffix “‑stan” means “land”). 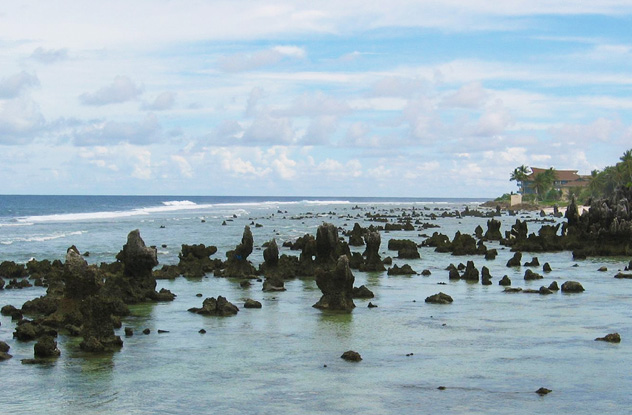 On November 8, 1798, a British captain by the name of John Fearn, sailing to China via New Zealand, landed on a remote island in the Pacific. The natives made quite an impression on him; Fearn wrote that “their behavior was very courteous, and they strongly invited us to anchor on their island.” So it was that the captain named this place as “Pleasant Island.”

However, Nauru, the smallest republic in the entire world, also had an entirely different name derived from the local word Anaoero. In the native Nauruan dialect, quite significantly different from Oceanic languages, the term means an action—“I go to the beach.”

It seems justified—Nauru was indeed a travel destination known for beautiful beaches. However, as time went on, the economy took a downward plunge. The country even entered into an agreement with Australia to build a detention center for offshore processing of asylum seekers. 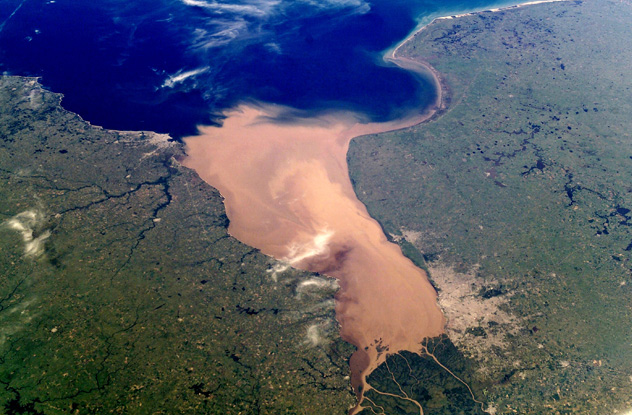 The Spaniard Juan Diaz de Solis allegedly murdered his wife in Portugal. To escape the authorities, he fled back to his home country and took part in numerous voyages during the golden era of Spanish exploration. On October 8, 1515, Diaz de Solis sailed in command of three ships, hoping to find a westward passage to the Pacific. De Solis found an estuary and named it “Mar Dulce,” the “fresh sea,” then sailed further inland. There, the explorer met with a cruel end close to present-day Buenos Aires. Cannibals hacked him and his entourage then ate them as the rest of the ships’ crews watched in utter shock.

His brother-in-law, Francisco de Torres, took command of the expedition, which again met with unbelievably bad luck when he was shipwrecked. The natives in this new land were quite friendly—among the items they offered were glistening ornaments made with fine silver. 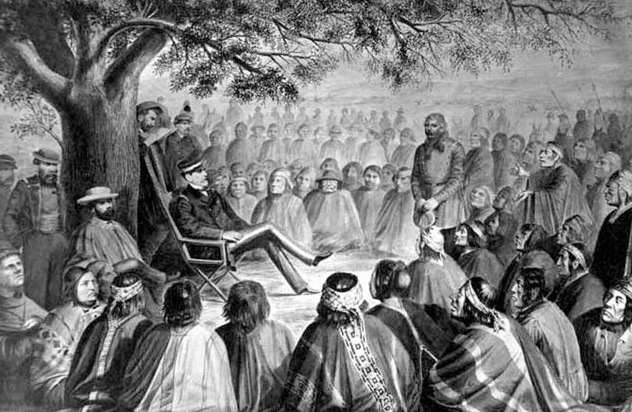 Thanksgiving dinners are never complete without a slice of turkey, the fowl that makes young minds wonder why it’s named after a country. (The bird was earlier known as the “Turkey coq“— everything that came from the shipping ports of Constantinople were aptly affixed with that description, from “Turkey rugs” from Persia, to “Turkey flour” from India.)

Still, there’s Chile—derived from the Mapuche word “Chilli,” or “where the land ends.” Perhaps the native Mapuche walked westward from Argentina and found out that the continent ended at the Chilean shores overlooking the Pacific Ocean? Another possible origin is “cheele-cheele,” the Mapuche imitation of a bird call.

Whatever the case, Spanish conquistadors heard of these tales from the Incas. Upon arriving back in Europe, they called themselves “The Men of Chilli.” 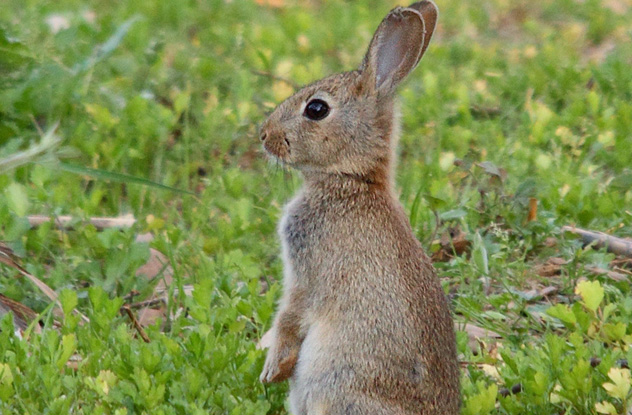 Spaniards coined several names for the lands they discovered, which stuck until modern times. One such case is another nation in South America. In 1499, Spanish explorer Alonso de Ojeda and a certain compatriot named Amerigo Vespucci saw natives living in houses on stilts along the coast and rivers. They named the land Venezuela—the “Little Venice.”

The Spanish tradition of naming lands for erroneous or faulty observations goes back thousands of years. The ancient seafaring peoples of Phoenicia, forerunners of modern exploration, found lands far west of the Mediterranean some 3,000 years ago. These lands had a multitude of what they thought of as hyraxes (shrew mice), so they named it “I-shapan-im“—“Island of the Hyrax.” When the Romans came to rule much of the European continent they modified the name of this land to “Hispania.”

However, the animals on the “Island of the Hyrax”/”Hispania” were not even rodents—they were actually rabbits. Thus, Spain, the empire of explorers who’ve handed down the names of cities and countries based on false legends or erroneous interpretations, was itself derived from faulty observation. 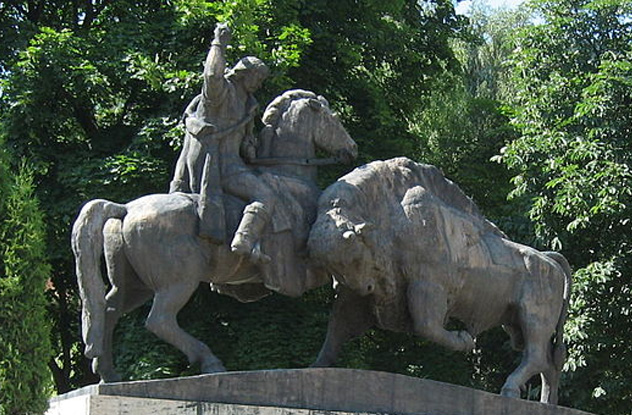 The Roman prince Dragos had been hunting a wisent, or a wild bison, for many days. His companions, including several hunting dogs, chased the animal until they were spent. Disappointed that his quarry would escape, Dragos’s spirits were uplifted when his favorite dog Molda continued on with the hunt. Molda kept tracking the bison’s scent until man and man’s best friend cornered the wild animal near the banks of a river.

A vicious fight ensued, and when it was over, the bison was dead, and so was Molda. Dragos was so saddened by the loss of his faithful companion that he named the surrounding lands after her.

Some sources mention only the bison and the story of the hunt; others add the prince’s dog as part of the tale. Still, the legend of the hunt became symbolic for the country—even its flag contains the image of the bison.

3CanadaLittle Villages And Mostly Nothing At All 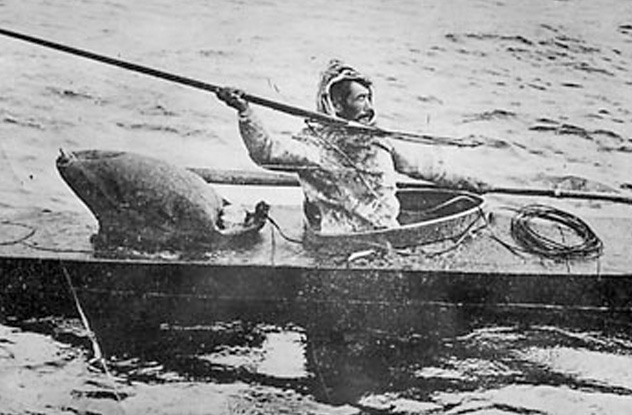 When the French explorer Jacques Cartier sailed past the St. Lawrence River, his native guides remarked that this was the route to “Kanata“—a village. It was. But no native tribes called themselves the Kanata; it was simply what they called assorted villages as they migrated across the vast, snowy wilderness. Cartier probably misheard the term and called the land “Canada” instead.

Another tale, albeit less popular, involves the Spaniards once more. The story tells of how the explorers were looking for fabled riches in the Americas. When they found none, they called the place “aca nada” or “ca nada” (meaning “nothing here“). When the French arrived years later, natives shouted “aca nada!” to tell them there was nothing of importance for the colonizers. The French, thinking it was the name of the country, ended up calling it “Canada.”

Combining the two stories perhaps illustrates what modern-day Canada is like—villages (towns and cities), and a whole bunch of unpopulated wilderness in between. 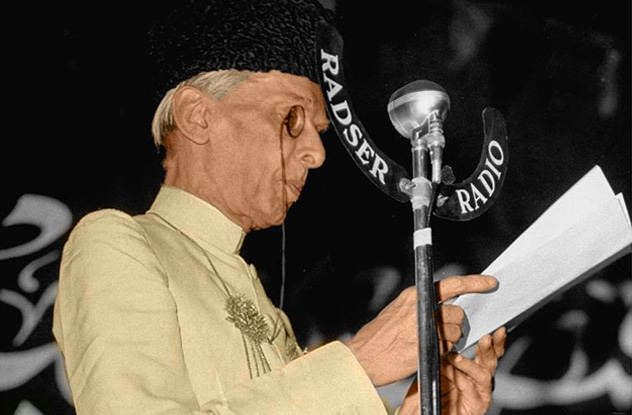 Modern Pakistan formed on August 14, 1947, following the partitioning of India. However, the first use of the word “Pakistan” comes a decade earlier, from Choudhy Ramat Ali, a Muslim nationalist who advocated a separate Muslim state in the subcontinent.

Ali published his “Now or Never” pamphlet on January 28, 1933 as an appeal to the British government, writing of how 30 million Muslims wished for independence. These citizens were from the following regions: Punjab, Afghan Province, Kashmir, Sind, and Baluchistan. Combining their letters gives the acronym “PAKSTAN.” 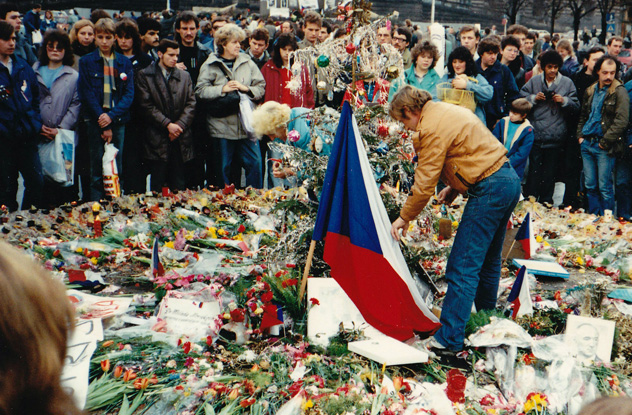 A hilarious dispute arose after the fall of Communism in Eastern Europe. The Czechoslovak Socialist Republic, ruled by the Communist regime for the last 30 years, had fallen in “The Velvet Revolution,” a bloodless coup. Local politicians set to work on what the new democracy should be called.

The first idea was to drop the word “Socialist.” The new nation would be known as the “Czechoslovak Republic,” which had been one of its older names. But Slovak politicians did not like the idea, feeling it diminished their importance. They wanted a hyphen added, as it would symbolize a connection.

The new proposal calling the country the “Czecho-Slovak Republic” did not sit well with the Czechs, who hated it. Even Winston Churchill himself disliked its usage, saying that “one must regard the hyphen as a blemish to be avoided whenever possible.”

The citizens returned to the drawing board, with the Czechs and Slovacs now each using their own name. In Czech, the country was the “Czeskoslovenska federativni republika,” without a hyphen. In Slovak, it was “Czesko-slovenska federativna republica,” with a hyphen. A month later, it was changed to “Czech and Slovak Federative Republic”—this, too, was not satisfactory.

This Hyphen War only truly was settled on January 1, 1993. Facing conflicts on how to run the country, politicians just gave up and decided it would be in everyone’s best interest for the two nations to split up.

Everyone was finally happy. Just as the area had peacefully become democratic due to the Velvet Revolution, this peaceful split became known as The Velvet Divorce, creating the Czech Republic and Slovakia.

+The Forgotten Welshman Who Gave America Its Name 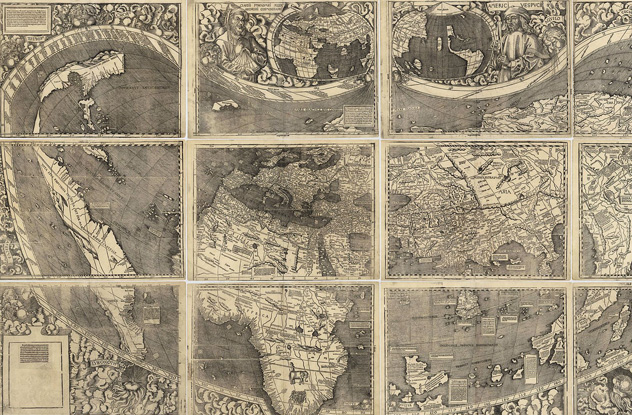 We’ve recently discussed how various civilizations, some from Europe, might have reached the Americas hundreds of years before Columbus did. Columbus, who had landed on modern-day Haiti, was sure he was somewhere near India. One man who was part of his expeditions, the aforementioned Amerigo Vespucci, knew full well that this was a new continent, and his tales of this “new world” amazed two Germans who were reprinting an ancient treatise on geography. The Germans incorporated Vespucci’s discovery in the treatise’s preface:

“There is a fourth quarter of the world which Amerigo Vespucci has discovered and which for this reason we can call ‘America’ or the land of Americo.”

However, a second theory involves Welshman Richard Amerike (or Ap Meryk), who funded an expedition that reached Newfoundland in 1496. One piece of evidence supporting this theory is that the US flag’s “Stars and Stripes” design is similar to that of the Amerike family’s coat-of-arms.

Jo lives in “The Island of King Philip II of Spain.” How about you? Share tales of how your country got its name in the comments section, or scold him if he forgot your nation via email at [email protected].