Animals continue to amaze us by displaying types of intelligence we once thought were reserved for humans. So the next time your partner fakes it or someone steals behind your back, remember—the animals did it first. 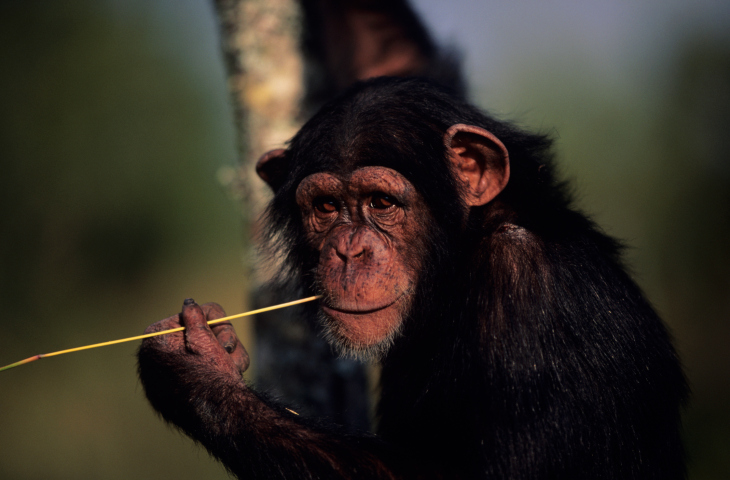 We humans often admire individuality. Paradoxically, we also make fun of people who don’t follow the latest fashion trends in our society. Maybe we share our copycat tendencies with chimpanzees.

According to a study published in Animal Cognition, the copycat behavior of chimps leads to new traditions that are often specific to only one group of the animals. It’s similar to a new fashion trend emerging in their society.

For example, one of the researchers observed a female chimp, Julie, repeatedly sticking a strawlike piece of grass in one or both of her ears. Over time, other chimps in Julie’s group copied her behavior. A couple of the animals continued putting grass in their ears even after Julie died. It’s like your uncle wearing his hair in a mullet after the 1980s died. Some chimps (and people) just can’t give up their traditions even when they go out of style.

The researchers concluded that the grass-in-the-ear behavior wasn’t a random event among the chimps. They actively learn from one another and continue behaviors they find rewarding, even after the originator dies. 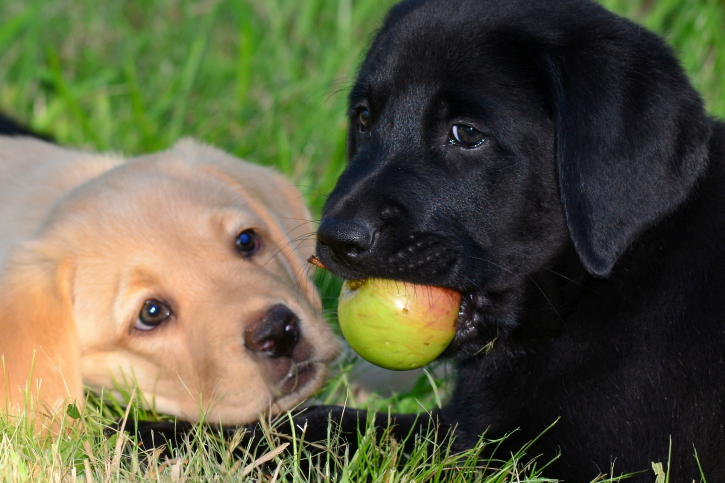 One whiff of the cologne or perfume of someone we love may trigger an immediate emotional reaction in us. For dogs, with their heightened sense of smell, the reaction is even stronger. As published in the journal Behavioral Processes, researchers set out to see how dogs would respond to the scents of absent humans and dogs, both familiar and unfamiliar.

Twelve dogs of various breeds were each presented with five different scents while undergoing a magnetic resonance imaging scan of the brain. The scents were taken from the test dog itself, a dog and a human that lived in the same house as the test dog, an unfamiliar dog, and an unfamiliar human. None of the scent donors were present during the test.

All five scents caused a similar response in the areas of the brain that detect smells. But in the area of the brain associated with emotion, the dogs responded most positively to familiar humans—even more so than to familiar dogs. However, the reward response occurred only with familiar humans (i.e. the people the dogs loved). The researchers weren’t sure if that response was based on food, play, or other factors. They concluded that dogs remember us even when we’re not there. 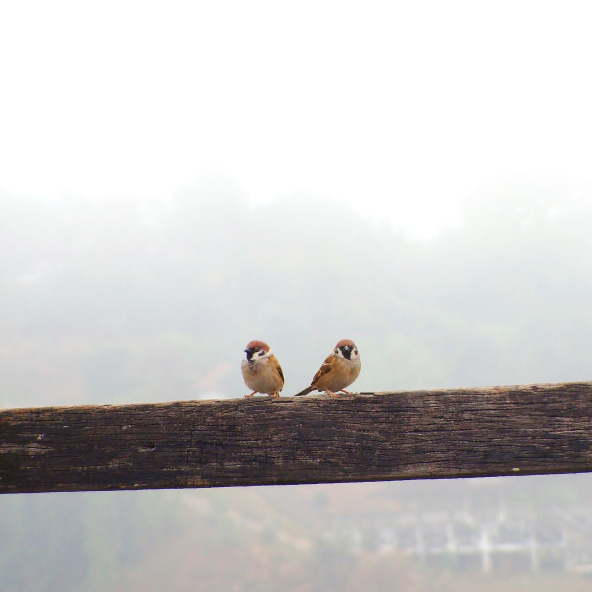 The females may have good reason to be judgmental. When male song sparrows’ ability to solve food-finding puzzles is tested, the birds singing fewer songs learned to solve the puzzles the quickest. They remembered where the food was.

The researchers believe this shows that there’s a trade-off between learning songs and other mental abilities, such as spatial memory. Song learning and spatial learning are controlled by different areas of the bird’s brain. So as the song sparrow’s brain develops, if more resources are used to learn songs, there are fewer resources left for other mental abilities like spatial memory.

This doesn’t apply to all birds, though. For example, starlings that sang more songs were quicker at solving spatial puzzles.

7Monkeys Know When To Double Down—Or Do They? 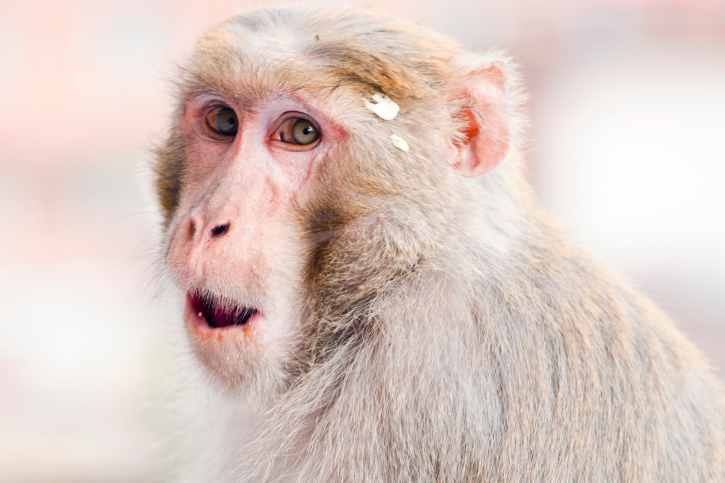 It’s well-known that humans often see patterns in random events, believing in winning and losing streaks when they gamble. Well, it turns out that monkeys love to gamble, too. So researchers from the University of Rochester decided to study three rhesus monkeys to see if they also share our belief in winning streaks.

The scientists designed a fast-paced, computerized game where each monkey would pick right or left and get a reward if they were correct. There were three types of play. Two had clear patterns of correct answers. The third was totally random.

In the types of play with patterns, the monkeys caught on to the correct answer quickly. But even in random play, the monkeys favored one side as though they expected a winning streak. This continued for weeks, with over 1,200 opportunities in each sequence.

The researchers believe this study shows that we humans have inherited our bias toward seeing patterns in random events. They think this behavior originally evolved to help our ancestors recognize real patterns to find food in the wild.

6Zebra Finches Fake It To Make It 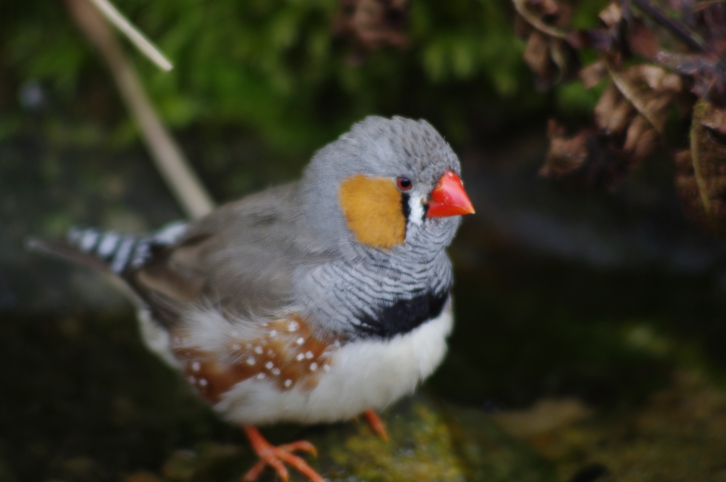 Unlike male song sparrows, zebra finches aren’t giving their potential mates the opportunity to judge. If a zebra finch is sick, it will fake being healthy in front of other zebra finches, especially if there’s a chance to mate. No word on what else they’re faking.

A review by a researcher from the University of Zurich found that same behavior to be true of other animals as well. From rodents to birds to monkeys, many animals will alter their behavior depending on their social situation. Usually, the animals will consume less and rest more when they’re sick. This protects the life-sustaining processes they need to fight infections and recover.

But in front of their young, possible mates, or intruders threatening their territories, the animals change their priorities and hide their illnesses. That behavior might seem amusing or clever—until you realize how these actions affect the detection and spread of diseases among both animals and humans.

5Fruit Flies Think Before They Act 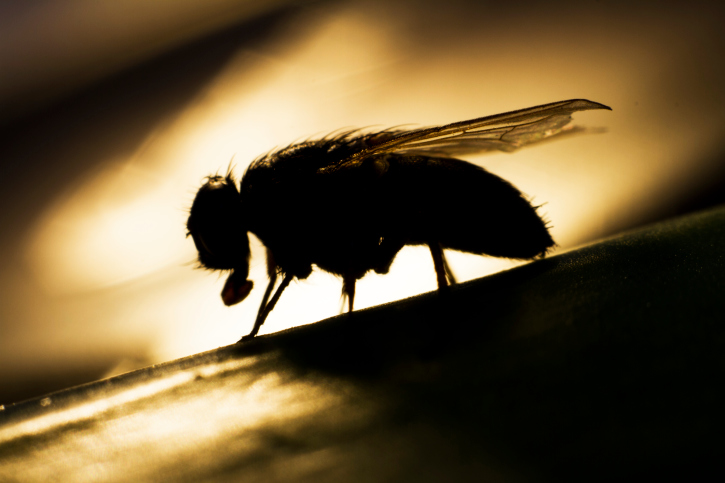 A fruit fly’s lifespan is usually less than 60 days. That’s not much time to develop advanced mental capabilities. But a study from Oxford University shows that fruit flies actually think before they act. They even take more time when making difficult decisions (although they obviously can’t take more than 60 days).

To begin their experiment, the researchers trained Drosophila fruit flies to avoid a particular concentration of an odor. Then the flies were placed in a narrow chamber. At one end was the odor concentration to be avoided; at the other end was a different concentration of the same odor.

The researchers were able to predict the fruit flies’ decision-making process with the same mathematical models used for humans and primates. This indicates a higher intelligence in fruit flies than was previously thought possible.

4Asian Elephants Comfort Others In Distress 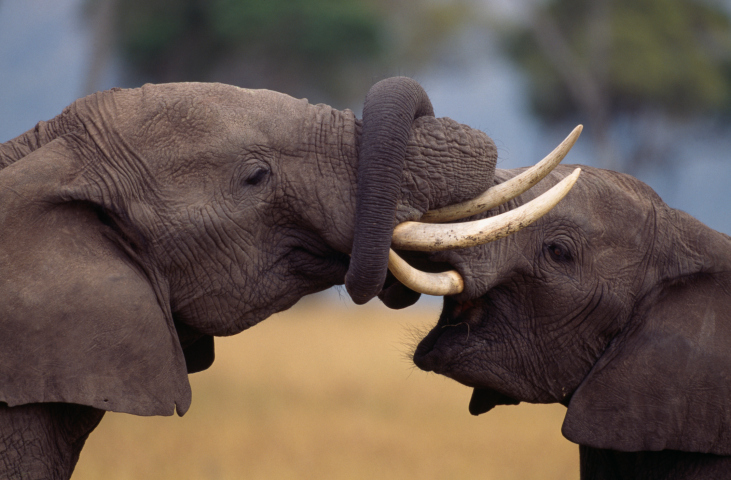 Consolation is rarely seen in animals, possibly because it may require empathy. But a study published in the journal PeerJ shows that Asian elephants will now join the select group of animals scientifically shown to display this behavior. Until now, the group has only included great apes, ravens and certain other corvids, and canines.

A group of 26 captive Asian elephants in Thailand was observed for over a year. When an elephant became stressed by something like a nearby dog or snake, its ears and tail would stand out and it might even emit a roar. When this happened, the researchers observed that other elephants would rush to the distressed one to offer physical and vocal comfort.

A consoling elephant tended to make a chirping sound, almost like it was calming a human baby with “shh.” The comforting elephant might also use its trunk to softly touch the distressed elephant’s face, or “hug” by putting its trunk in the distressed elephant’s mouth. Nearby elephants might also respond as a group to help. The researchers also hope to study wild elephants to see if they also demonstrate this consolation behavior.

3Wolves Are Better Copycats Than Dogs 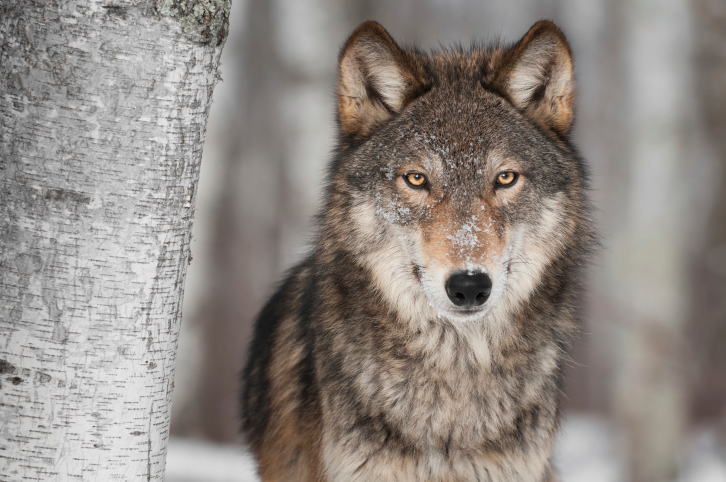 In a study published in the journal PLOS ONE, scientists found that wolves observe and learn from each other much better than dogs do.

The scientists studied 14 wolves and 15 mongrel dogs, each approximately six months old. During the test, each animal watched a trained dog open a wooden box with its mouth or paw to get a food reward. Afterward, all the wolves, but only four of the dogs, were able to open the box. The wolves were also more likely to use the method they originally observed.

The scientists repeated the experiment nine months later to see if the animals’ age had been a factor. But it wasn’t. Next, the researchers tested whether wolves are better problem solvers than dogs. Each animal tried to open the box without seeing it done first by a trained dog. Most of the wolves couldn’t do it.

The researchers believe that wolves are more dependent on each other, so they copy each other more easily than dogs. The scientists suspect that it’s this behavior in wolves that formed the basis for the original social understanding between dogs and humans. 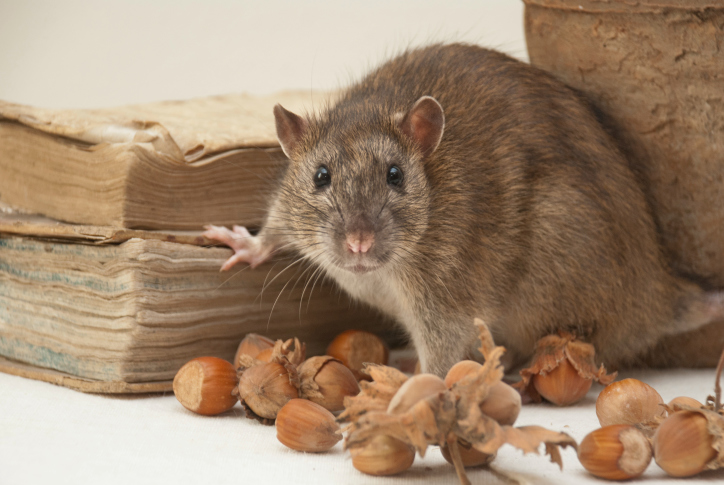 Like computers, rats have short-term, random-access memories that store information used in ongoing processes. Humans and crows also have these “working memories.” In humans, this allows us to store and process information to play games, solve mental arithmetic problems, and follow conversations.

Researchers at the International School for Advanced Studies were surprised to find this type of memory system in a mammal as simple as a rat. They found that the rats responded to vibrations with their whiskers much as humans would with their fingertips. The rats’ working memories helped them recognize and decide how to respond to these environmental stimuli. Without this type of RAM, rats wouldn’t be able to use their experiences to figure out the best course of action.

The researchers don’t yet know which part of a rat’s brain is responsible for working memory. Other researchers have identified the area in a crow’s endbrain that contains its working memory. Since a crow’s brain is structured differently from a mammal’s brain, this shows that the development of cognitive abilities is possible in different brain structures—including some much simpler than a human brain.

1Large Groups Of Lemurs Steal Food Behind Your Back

As an experiment in “social intelligence,” Duke University researchers tested whether lemurs from big tribes or small groups were more likely to steal food from a human’s plate when that person wasn’t watching.

Few of the lemurs understood the point of the black bands. But in the other tests, the lemurs from larger social groups were more likely than those from smaller groups to steal food behind a person’s back. The lemurs all had the same brain size. So this suggests that complex social intelligence in primates, including humans, evolved from living (and stealing) in large social groups, not from increased brain size.