It’s no surprise that life is a bit easier for highly intelligent people, as they’re able to identify and solve life’s problems much more effectively than someone with average or below-average intelligence. Intelligent people are also generally more successful and well-educated, as should be obvious.

However, much like all good things, high intelligence comes with its own set of caveats, some of which may even come as a surprise to most people. While being too intelligent is not a problem many of us will ever have to deal with, for those who do, here are some unexpected ways high intelligence can have negative effects on your well-being. 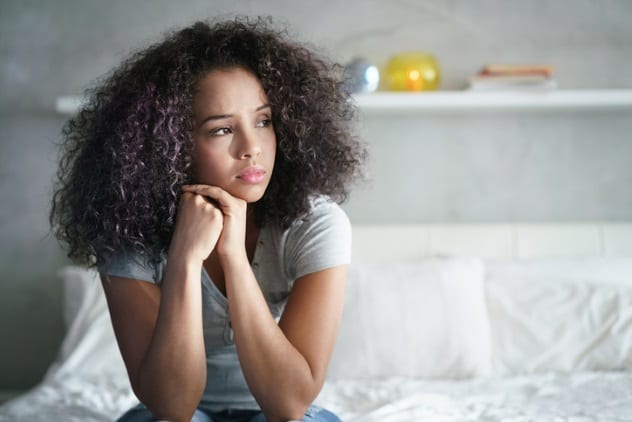 There’s no doubt that intelligent people lead healthier lives and have higher life expectancies, as you’d expect them to. While it may seem intuitive and expected, the reasons for this aren’t exactly known.

If we talk about mental health issues like mood and anxiety disorders, however, studies indicate the exact opposite. In a study conducted on Mensa members, who are the top two percent of the general population in terms of IQ, researchers found that psychological disorders like anxiety are more prevalent.[1] They also found that the subjects were three times more likely to have environmental allergies than the national average, something that they can’t really explain.

Their ongoing theory is that higher intelligence also translates to a more hyper body, which reacts to external challenges in a more severe manner than usual. For an example, a highly intelligent person is perhaps more susceptible to anxiety at the workplace due to having a better understanding of the gravity of a stressful situation. 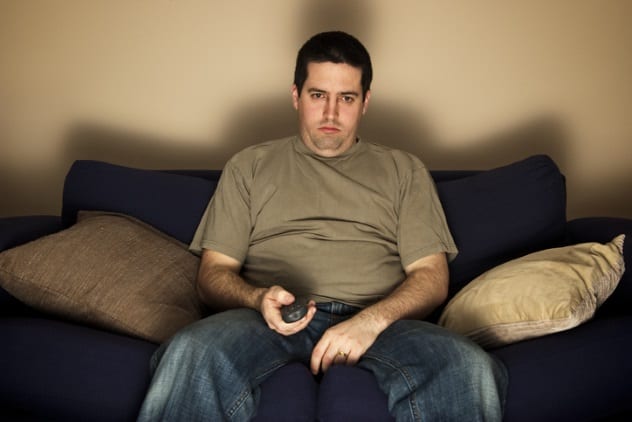 It doesn’t take a detailed scientific study to know that as you grow older, your friend circle diminishes, which may have something to do with not having as much of a life as you did when you were younger. It’s a natural part of growing up, and almost everyone goes through it. What is surprising, however, is that intelligent people are much more likely to have troubled relationships with their social groups than others in their adult years.

In a study conducted at Stockholm University, they looked at how IQ affects adjustment for adolescents of varying IQ scores. They found that highly intelligent people were somewhat worse at adjusting to an aging life when it came to friend relations.[2] They also tend to be less satisfied with life in general as they grow older, though we’ll get to that one in detail below. 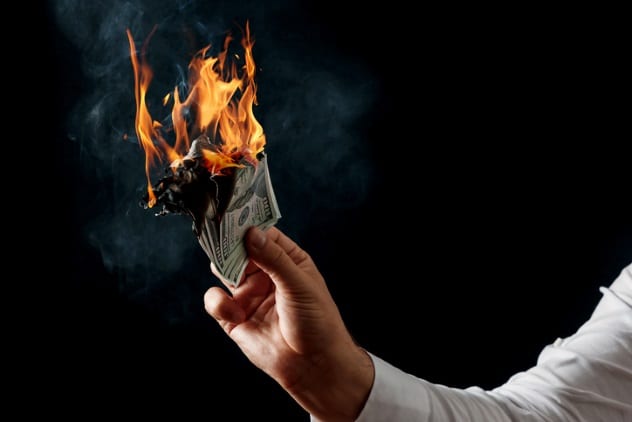 Financial responsibility is often much more important than earning a lot, as long as the bare necessities are covered. Many older rich people would tell you that every penny saved is a penny earned, and they would be correct, as there’s arguably no point earning a lot if you don’t know how to keep it. It should seem obvious that more intelligent people would get that better than others, though according to a study, the reality isn’t what you might expect.

The study, done by a researcher at Ohio State University, involved 7,400 Americans in their forties and examined how their IQ scores compared to their average earnings. He found a definite relationship between IQ scores and high earnings, as every IQ point translated to an additional income of $234 to $616 per year. Counterintuitively, the study also showed that people with higher IQs are a bit more likely to be in financial difficulty than those with lower scores.[3]

7 Disadvantages During Early Days Of Evolution 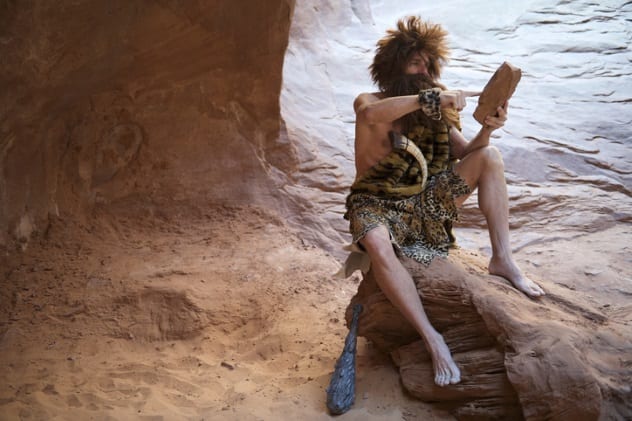 One of the most widely believed facts about intelligence is that it gave us an edge during our early days, which sounds intuitive. After all, being able to calculate how far ahead a predator is just by observing aspects of its footprints, for example, must have provided a higher chance at surviving long enough to procreate.

As a lot of research suggests, though, that’s absolutely not the case. During our early days, being intelligent wouldn’t actually have been much of an advantage, as early humans were already mentally equipped to deal with problems of that time by evolutionary design. Sure, extra intelligence gives you an advantage over the others in modern times (e.g. being good at numbers may make you better at accounting jobs than others), but it wouldn’t have been needed that often in earlier times, as novel problems were generally uncommon.[4]

On top of that, intelligent people are more likely to engage in risky behavior than others and to live in solitude, and confidently so, too, which would have been a definite disadvantage back then, with no added advantages against the environment compared to other people. 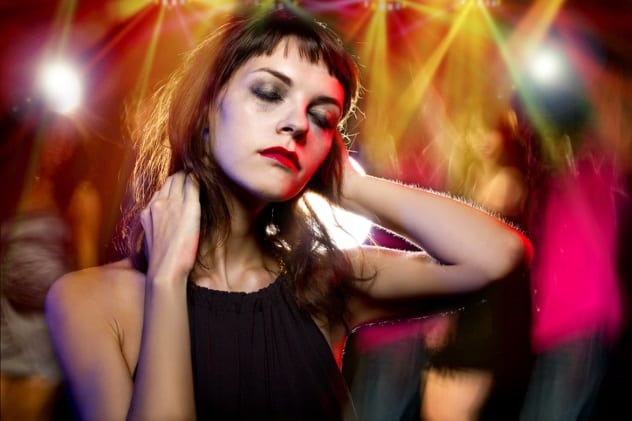 It doesn’t need to be said that drugs are bad. Sure, many people may be able to recreationally partake without absolutely ruining their lives, but more often than not, getting into drugs is not a healthy lifestyle choice. One would think that more intelligent people would be more likely to abstain, though according to some definitive studies, that’s not the case.

Research conclusively proves that highly intelligent people are more likely to get into drugs then their less intelligent counterparts, something that still surprises scientists. We’re not talking about relatively harmless drugs like marijuana, either, but heavy-duty stuff like cocaine and ecstasy.[5]

While we don’t quite understand why that’s the case, science says that it may be due to the evolutionary novelty of these substances. Many of today’s drugs didn’t exist for most of human history, and intelligent people may be more drawn toward new experiences than others, as well as more likely to believe themselves to have a better idea of the risk, even if it’s highly likely that they don’t.

5 Less Likely To Confront Their Biases 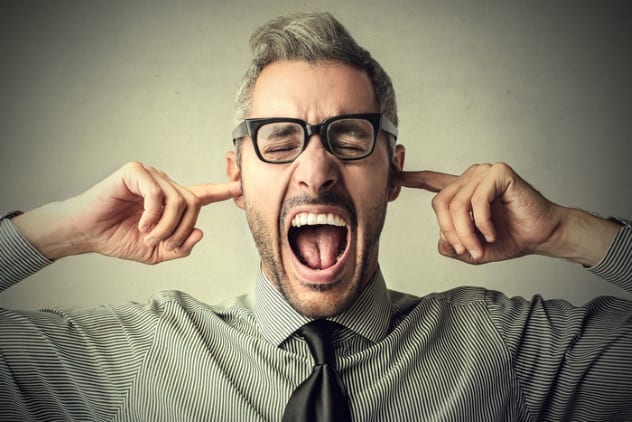 Whenever we talk about irrational beliefs—like believing in the flat Earth theory or that evolution doesn’t exist—we assume that people with lower intelligence are more susceptible to them. Well, there are no surprises there, as that is absolutely true. Higher intelligence does mean that one is less likely to believe things that are not based in reason and logic, as you’d think.

It’s the exact opposite, however, when it comes to looking inward and being able to challenge one’s own beliefs when irrefutable evidence is provided to the contrary.[6] Studies indicate that people with higher cognitive abilities are less likely to budge from their positions when an alternative viewpoint is presented with facts, no matter how reasonable or unreasonable their current stand is, something that’s much easier to gauge for obviously dumb beliefs like the Earth being flat.

For an example, smarter people with a particular set of scientific beliefs tend to not budge from them, even if those beliefs are decisively proven inaccurate with a newly published study.


4 More Likely To Fall For The Gambler’s Fallacy 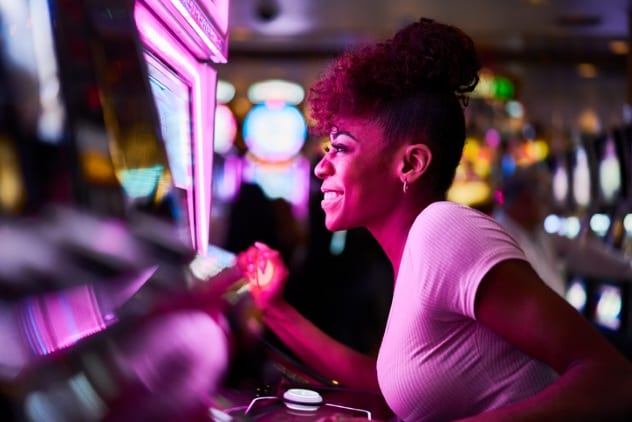 The gambler’s fallacy is a logical fallacy we’re all prone to falling for due to how our brains our designed. While it’s a bit complicated to explain in a single sentence, in essence, it’s the belief that because something has happened a lot in a given period of time, it’s less likely to happen in the future (or vice versa), even if there’s no reason to believe that’s the case. It’s applicable in a lot of cases in real life, the most apparent of them being gambling (hence the name), where gamblers keep expecting a different outcome for the next round based on repetition in previous outcomes.

Surprisingly, smarter people are much more likely to fall for the gambler’s fallacy than others, according to a study conducted on a group of highly intelligent Chinese college students.[7] While we don’t quite understand why that is, it’s possible that intelligent people are also more rigid in their emotional decision-making, which doesn’t allow them to rationally ascertain the likelihood of future events based on past occurrences.

3 More Likely To Be Overwhelmed Under Pressure 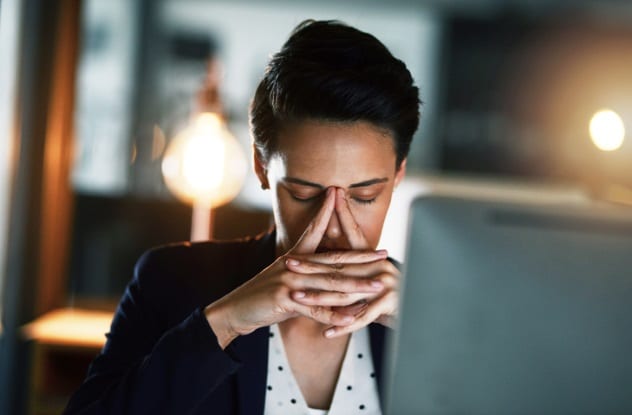 The ability to perform under pressure is an increasingly valuable trait in most modern workplaces, as it’s a competitive and tough world out there. It also happens to be one of the things we brag about on our CVs, regardless of whether it’s true or not. Many people are naturally good at delivering under high-stress situations, and as studies have found, they’re largely people with lower intelligence levels than their high-IQ counterparts.

As counterintuitive as it may sound, studies show that highly intelligent people are more likely to crumble under pressure, especially when the end goal is performance- and reward-related. One of the reasons may be that they tend to be more anxious about the outcome than the others, as they’re used to breezing through challenges in the earlier, less competitive stages of their lives.

Surprisingly, they perform better when the goals are rearranged to be learning-oriented than based on results.[8] Well, it’s a good thing that most jobs allow you to do your best and learn rather than outright fire you if you don’t meet your monthly targets, then. 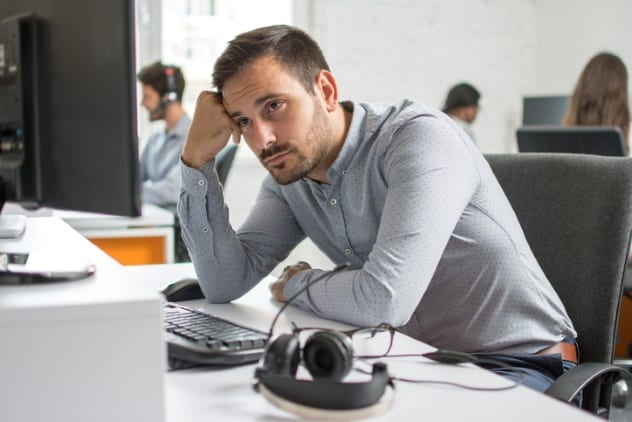 The less intellectually gifted among us might assume that the only thing standing between them and complete fulfillment is their intellect. If only they could be better at math or science, they’d definitely be able to leave their boring dead-end jobs and lead a life of utter contentment and happiness. And most of them would be wrong, as high intellect isn’t helpful if satisfaction is your end goal.

On first look, it may seem to not make sense at all, but think about it: Highly intelligent people grow up thinking they can accomplish anything. However, as the real world loves to remind us time and again, no one can achieve anything they want, no matter how gifted they are. So due to unrealistic expectations of themselves, the highly intelligent are prone to being less satisfied with their achievements, even if they’re perfectly good achievements on their own.

This isn’t just some crackpot assertion, either; studies on high-IQ individuals over several decades indicate that high intelligence is directly related to feelings of not having lived up to one’s potential in later periods of our lives.[9]

1 Less likely To Have Sex In Adolescence 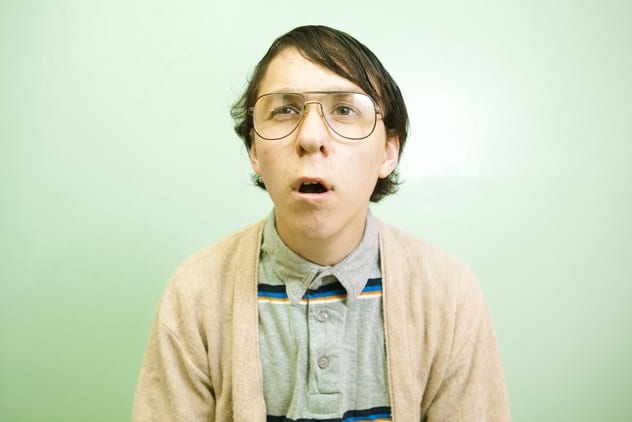 If you’ve ever seen a movie on teenage life, you’ll have come across the oft-repeated “virgin nerd” trope. There’s always that one student who’s supersmart and good at studies. They talk down at others, do smart people stuff, and graduate without ever having found a sexual partner. Of course, we know those people go on to become successful startup founders and other rich professionals in the future, as we’ve all seen The Social Network. So the lack of sex is definitely not true for later life, but what about the adolescent stereotype?

Science says that the movies got that one thing right for sure. Many studies show that smart people are much less likely to have sex at younger ages.[10] They don’t have to be outright nerds, either, as the data was uniform for anyone with a high IQ score compared to those with average IQs.

Read more smart facts about intelligence on 10 Strange Ways We’re All Getting Intelligence Wrong and 10 Fascinating Facts About Animal Intelligence.

10 Things Everyone Gets Wrong About Addiction