Famous scientists have contributed greatly to mankind, so they are naturally held in the highest esteem. However, this makes it easy to forget that they, too, were human. No one is infallible, and even geniuses make mistakes. 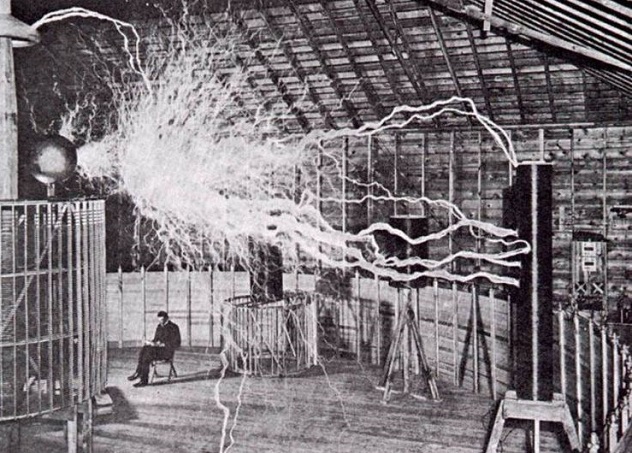 Nikola Tesla undoubtedly had one of the most brilliant minds in the history of mankind, and his contributions to science greatly influenced the modern world that we enjoy today. He was also a bit of a mad scientist. Especially in his later years, Tesla gained a reputation for building—or at least claiming to build—totally impractical or simply bizarre contraptions, such as an earthquake machine or a death ray. However, his most laughable notion came from one of his earliest experimental blunders.

Tesla had an inquisitive mind even as a young child, always looking for new ways to test his observations. At one point, he noticed that hyperventilating caused him to feel light and buoyant, and he wondered whether this could help him counteract the pull of gravity. He grabbed an old umbrella, climbed to the roof of a barn, hyperventilated until he felt dizzy, and jumped off.

Suffice it to say that his flight was a short one. The crash caused young Tesla to lose consciousness, and he was rushed to bed by his mother. He spent the next several weeks there recuperating. 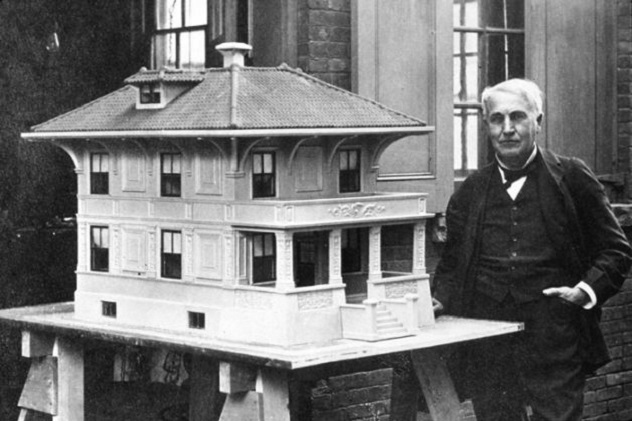 In 1877, Tesla’s nemesis, Thomas Edison, found black sand in an area near Long Island. For the next several years, he attempted to develop a better way to extract iron ore from this sand. He wrote about his new technique and filed several patents, but not everyone was convinced that his idea would work. One newspaper even mocked his efforts, calling the entire endeavor “Edison’s Folly.”

Determined to prove everyone wrong, Edison invested his own money into a new company to process the ore. Unfortunately, it failed miserably. Not only was his method less efficient than the old one, the company’s machines kept breaking down due to dust, and workers were even killed when a building collapsed.

That’s when Edison had another idea to turn the operation around: concrete housing. His idea was to make an entire house—not just the structure but the fixtures, the furniture, and even a piano—out of concrete poured into a mold. After all, he had all of this heavy machinery just lying around, and he believed his idea would revolutionize low-income housing. He even found a businessman to invest in the project.

As it turned out, the cheap housing wouldn’t have been so cheap. Thousands of individual molds would have been needed for the house alone and hundreds more for everything inside. Despite each one costing a fortune, 11 such houses were built. None were sold. 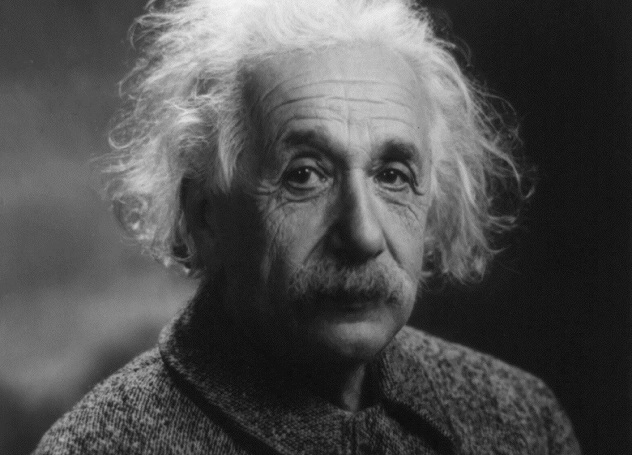 Albert Einstein’s contributions to the modern world and our understanding of it are matched by few, if any, other scientists. Still, that doesn’t mean he was right 100 percent of the time. One dubious notion he held was that the universe is eternal.

Einstein steadfastly believed that the universe always was and always will be, even though the Big Bang Theory started gaining traction during his lifetime. He even met the man who initially proposed the theory, a Belgian priest and astronomer named Georges Lemaitre. When presented with the theory, Einstein boldly stated, “Your calculations are correct, but your grasp of physics is abominable.”

Einstein not only disapproved of Lemaitre’s theory but sought to come up with an alternative. One of his recently discovered lost manuscripts from 1931 explores the idea of a steady-state universe very similar to later hypotheses that opposed the Big Bang Theory. 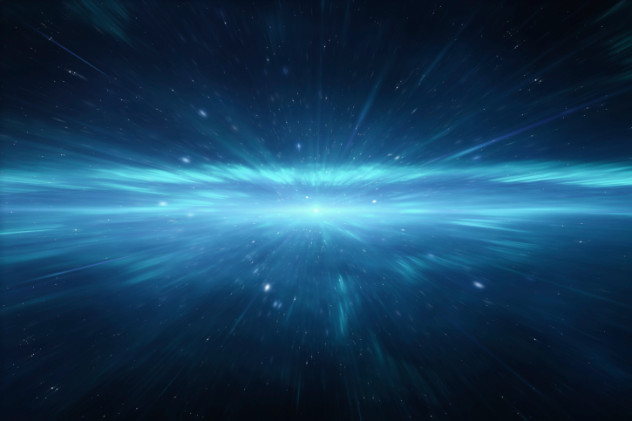 Einstein wasn’t the only one who regarded the idea that the universe had a beginning as fiction. In fact, Fred Hoyle was arguably its staunchest opponent.

Undoubtedly, Fred Hoyle was a brilliant man. His research into how heavy elements are formed within stars has been invaluable to the scientific community. But he was also convinced by the idea of a steady-state universe, and there was a time when a lot of people agreed with him. For most of their careers, Hoyle and George Gamow, the Russian physicist who took up Lamaitre’s cause after his death, butted heads over their opposing theories.

Hoyle managed to get much of the public on his side through charisma, not arguments or evidence. He was a good talker, exuded confidence, and made numerous media appearances to promote his point of view. In the process, he actually made a major contribution to the Big Bang Theory: its name. He devised the moniker to be intentionally silly with the hope of discrediting the theory.

Despite his best efforts, Hoyle’s own theory was eventually disproven. Evidence for the Big Bang, on the other hand, kept piling up to the point that it became the accepted theory regarding the origins of our universe. 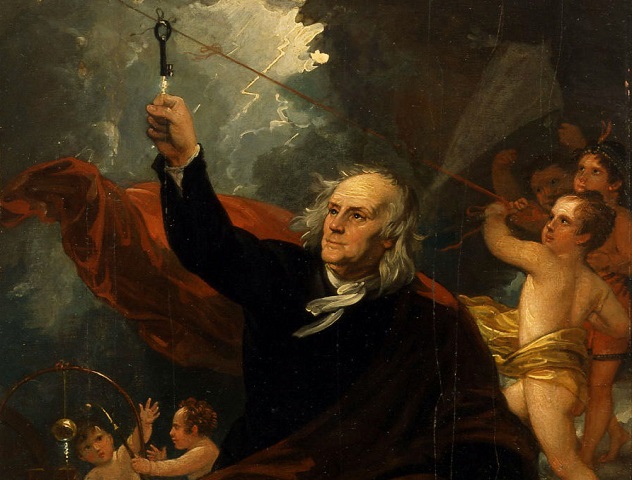 It’s well known that Benjamin Franklin had a keen interest in electricity. What’s lesser known, though, is his experimentation with electricity and animals. Franklin spent a lot of time in his backyard electrocuting animals to illustrate various electrical phenomena. For example, his “electric spider” experiment showed how electricity could be used to animate a dead creature.

Later on, he transitioned to live animals and found a new purpose for electricity—cooking. Soon, Franklin began hosting parties where “electrocuted turkey” was served. In a letter sent to his brother, John, he described one such party in 1750 that went all wrong. Franklin wanted to perform a live demonstration of the electrocution process for his guests, but while he was busy getting everything ready, a sudden flash of light surrounded him. He fell to the ground senseless but thankfully suffered no long-term effects apart from a bruised ego. (The turkey was just fine.) 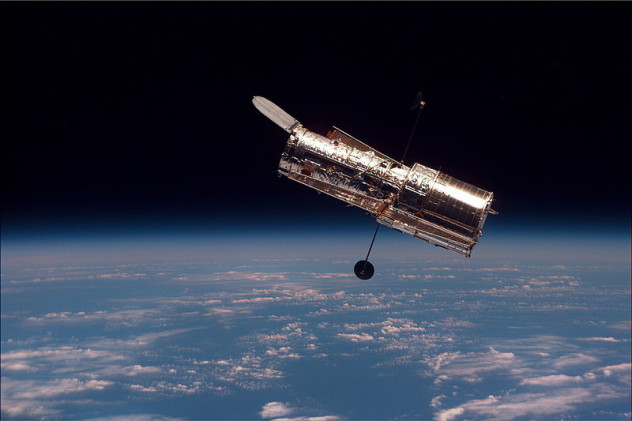 Edwin Hubble’s contributions to astronomy are unmatched. Before him, we had little knowledge of the universe outside the Milky Way, but thanks to his work, we now know that our galaxy is just a speck in a universe that might be infinite and might even be getting bigger.

After this, though, Hubble set his sights on a somewhat loftier goal—finding out the age of the universe. In 1929, he calculated the rate of expansion, called the “Hubble Constant,” and worked backward until he reached the beginning of the universe. According to Hubble, the universe was two billion years old.

This statement was proven false almost immediately. By the 1930s, we knew that the Earth was between three and five billion years old. Obviously, our planet couldn’t be older than the universe, so someone was wrong. It turned out to be Hubble. 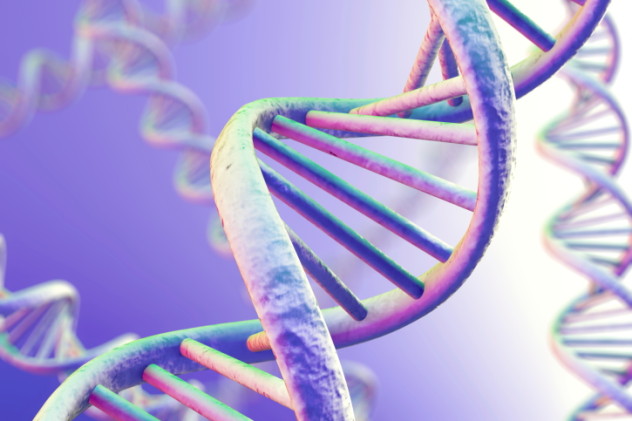 Linus Pauling has a lot of achievements to his name, particularly in the fields of biology and chemistry. He is also the only person to win two unshared Nobel Prizes, so clearly, his efforts have been fully recognized by the scientific community. During the early 1950s, he was working on something that would have surely earned him another prize—the structure of DNA.

He was working fast because he had some competition. Two other scientists, Francis Crick and James Watson, were also working on their model of the DNA strand. They were the ones who eventually won the Nobel Prize for their double helix model, which we all know so well today.

When Pauling saw their work, he conceded that they were correct and he was wrong. His own model was wrong for a very simple reason: It included a triple helix. He also made a basic mistake in his calculations, and the nucleic acid molecule in his model was not actually an acid. 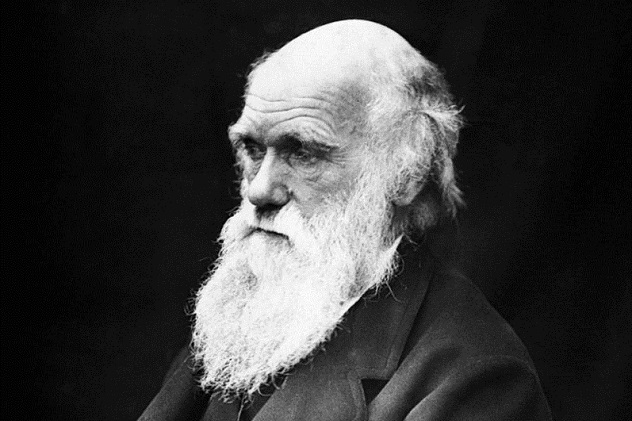 Although Charles Darwin’s theory of evolution is common knowledge, it hasn’t stopped, well, evolving since he first presented it. One problem with Darwin’s original theory concerned heredity.

Back in his time, many people held incorrect notions about how characteristics were passed down from parents to children. For example, most 19th-century biologists believed that genetics were passed down through blood. For his part, Darwin held the belief, which was common at the time, that these characteristics were taken from the parents and blended together in their offspring.

The problem was that this notion of blended genetics went against Darwin’s own theory. If it were true, then traits would not change over generations through natural selection. Even during Darwin’s time, another scientist named Gregor Mendel was figuring out exactly what heredity was and how it works. It appears as though Darwin just never found out about Mendel’s results. 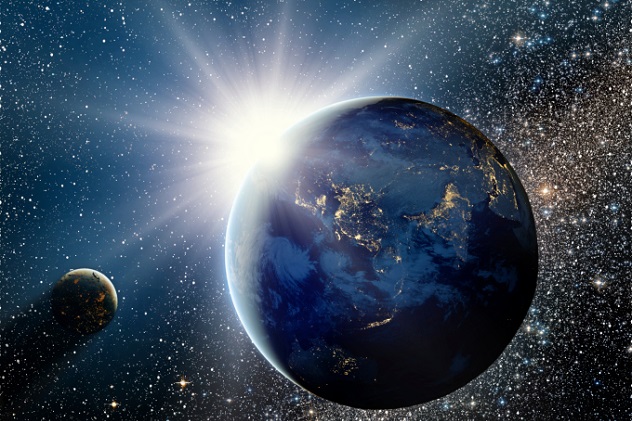 Galileo was never one to shy away from controversy. Even if he thought that one of his ideas would be heavily criticized or mocked, he was still willing to present it. That’s why he is renowned today for championing Copernicus’s notion of heliocentrism despite fervent protest from the Catholic Church. It took 350 years for the Church to finally admit its mistake.

Galileo is quite lucky, however, that his tidal theory is not particularly well known today. He was wrong from the beginning, starting his attempt to explain the motion of the tides with a false premise—namely, that they were caused by the rotation of the Earth around the Sun. This alone meant that his theory would be incorrect, since it was based on a fallacy.

What makes matters worse is that Galileo was at least aware of the possibility of the Moon having an influence on the tides. In 1882, when Lord Kelvin wrote his own treatise on the tides, he made only a passing mention of Galileo. According to Kelvin, Galileo found the notion of the Moon causing the tides to be “a lamentable piece of mysticism.” 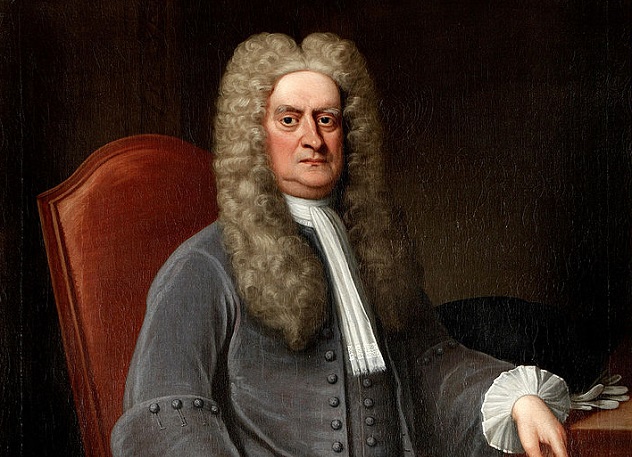 Isaac Newton’s The Philosophiae Naturalis Principia Mathematica is widely considered one of the most important scientific books ever written, and for good reason. It has been studied, referenced, and quoted countless times in the 300-plus years since it was first published. That is what makes it even more astounding that it contained a simple mathematical error all this time.

The error occurs in Proposition Eight, where Newton presents the formula for calculating the mass of known planets, which involves an angle formed by two particular lines. In his calculations, he works out the angle to be 10.5 seconds, but later, he mistakenly plugs in 11.

The error is only superficial, having no consequences, but it’s amazing that it was somehow overlooked for hundreds of years. Out of all the people who examined Newton’s writings, many of whom were geniuses in their own right, it was a 23-year-old student named Robert Garisto who discovered the mistake.

When Radu isn’t thinking of new articles for Listverse, he is busy writing more interesting stuff for GeeKiez. You can say hi to him on Twitter.