Most of us don’t really notice the words that we use in everyday communication, and if we do, we generally assume that they mean what they sound like. Some words, however, have taken such a twisted journey to their final form that it’s a wonder they were ever created in the first place, let alone survived as long as they have. 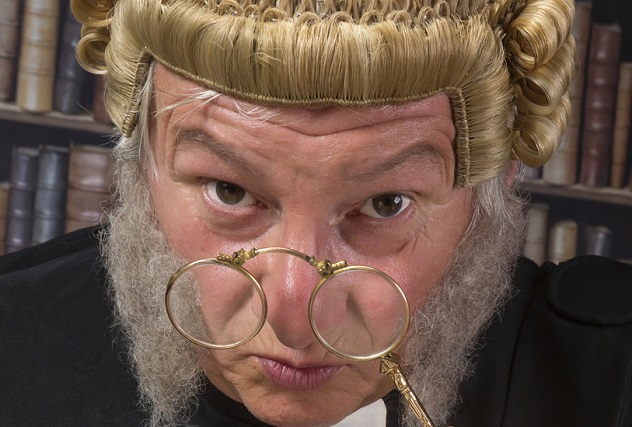 The word “poppycock” holds a cherished space in the British vernacular as a quintessential for swearing without swearing. The word is not, however, a simple synonym for “nonsense,” as it is commonly used.

The prevailing theory of the word’s origins traces them back to the Dutch words pappe, meaning “soft,” and kak, meaning “dung,” a fitting way to describe your opinion of the views of someone you don’t like. But these roots might themselves be poppycock, as there is no evidence of pappekak ever existing as a single Dutch word. However, the phrase zo fijn als gemalen poppekak, meaning “as fine as powdered doll dung,” did exist, supposedly as a sarcastic description of the excessively pious and devout among us.

While the connection with “nonsense” here is less clear, there can be no argument that the word doesn’t refer to waste, whether or not the British elite knew this when they picked it up from their Dutch-colonized American counterparts. Yes, this eminently British word was actually stolen from the savage rebels. 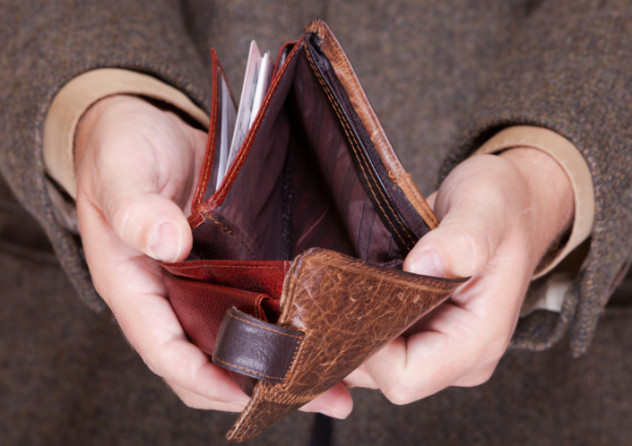 In the days before application forms and credit checks, all you needed to open a bank was a bench in a square. Moneylenders had no specific premises, instead setting up and plying their trade at whatever table or bench they felt would work. This would be their banca, which was Italian for “bench,” from which we get “banking” and everything related to it.

Whenever a trader lost his money and had to close up shop, however, his bench was effectively rotto, or “broken.” There’s some debate as to whether this “broken bench” is simply a figure of speech or some unfortunate creditors literally had their benches splintered in front of them. The phrase banca rotta found its way into English via the French banqueroute. As time wore on, the tail of the word was substituted with the Latin word rupta, the root of “erupt,” “interrupt,” and “rupture,” among others. 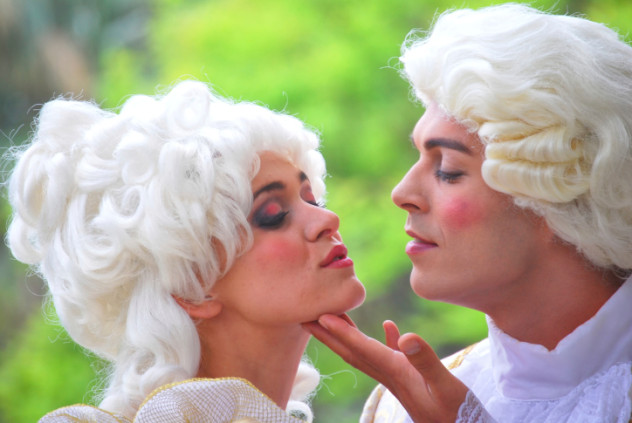 You’d think that being a “lord” was rooted in something classy, like having to wear waistcoats and knee-high socks, but the title has a somewhat less lofty origin. It actually refers to the historical responsibility of lords and ladies to ensure that the lower classes where kept fed, watered, and working, well away from the real gentry.

In Old English, the hlafweard was the person in charge of the household’s stores, hlaf meaning “loaf” and weard meaning “keeper”—literally the “guardian of the loaves.” This was shortened to “halford” and eventually “lord,” the one to whom you looked for your provisions. The original weard survived unbroken, giving us “ward” and “warden.”

Similarly, the Old English hlafdige was the person responsible for actually making the bread, the root dige being linked to the notion of “kneading” or “forming,” still present today in the word “dough.” This role was commonly given to a woman, often the wife of the hlafweard, and when the word was shortened to lafdi, the pair kept their original gender link. 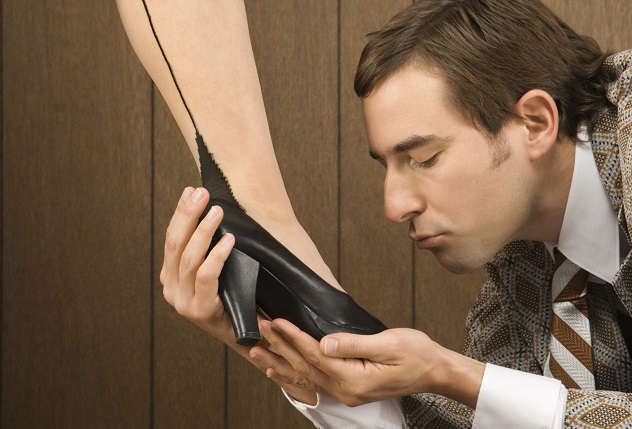 Today, the word “sycophant” refers to a flatterer, someone who insincerely praises others to serve himself. Historically, though, the root sykon meant “fig,” giving us the Ficus sycomorus (sycamore tree), and the root phainein meant “to show,” evolving into “phantasm” and eventually “fantasy.”

There are two likely routes the evolution of “sycophant” could have taken. The first relates to ancient Athenian law, which outlawed the export of any fruit other than olives. As figs were all the rage in the Mediterranean back then, a person could make a fair amount of money by informing on any smugglers he happened to come across. He would “reveal the figs,” and the authorities would pay him for it.

This theory has been criticized, though, and the more accepted story relates to the gesture of sticking your thumb between your two forefingers, which was called “showing the fig.” Generally regarded as an insult, this could have led to the definition of the original Greek sykophantes as “slanderer,” which evolved into the French sycophante, meaning “false accuser.” The shift in emphasis to falsehoods specifically for personal gain would have been a simple step. 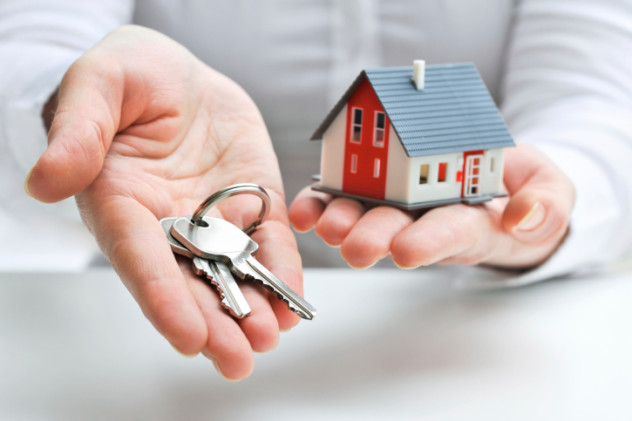 The word “mortgage” strikes fear into the hearts of many, producing the kind of cold sweat generally reserved for near-death experiences. Surprisingly, that’s more or less exactly what the word means. From the French words mort (meaning “dead”) and gaige (meaning “pledge”), a mort gaige was a transfer of ownership of physical property as security for a loan.

During a pledge, ownership of the pledged item stays with the person offering it up, but possession transfers. Whether the debt is paid or not determines whether the item is returned to the owner or sold by the possessor. A mortgage, however, works the opposite way. The person offering up property for mortgage is allowed to retain possession of it, but ownership is transferred to the bank or party offering the money in exchange. Ownership is only transferred back to the original owner if the debt is paid on time. That’s where mort came in, according to English jurists of old, because the deal was designed to die, either when the debt was paid or when it was defaulted on and the property was repossessed. 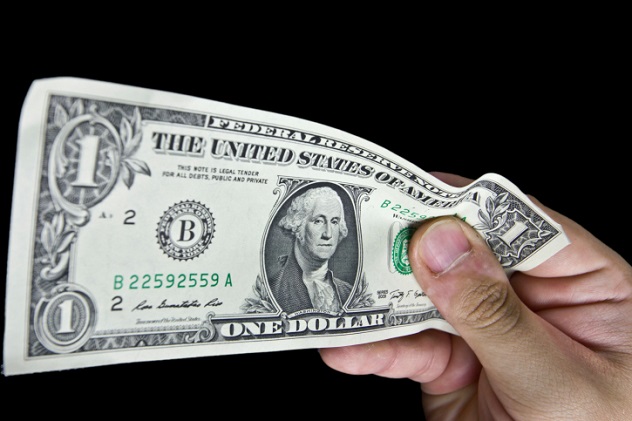 The word “dollar” is steeped in history, just not the kind that people get sentimental about. During the 16th century in the Erzgebirge Mountains, in what is today the Czech Republic, there was a town called Joachimstal, literally “Joachim’s Valley.” When silver was discovered in the area, it quickly became one of the largest coin mints in Europe, supplying silver coins that became known as Joachimsthalers. This word was eventually shortened to the less cumbersome thalers.

The word tal, meaning “valley,” twisted through the languages of Europe, becoming dol in Russian, dal in Dutch, and the modern English “dale.” The name used for the silver coins from Joachimstal shifted along a similar path, becoming tolar in Slovenian, daalder in Dutch, and daler in the Scandinavian languages.

It was the Spanish dollar that stuck, however, with the later flurry of European expansion and colonization embedding the infamous “pieces of eight” as the world’s first global currency. At some point in all that history, people forgot about Joachimstal entirely despite its place as the source of the name for most of the world’s currencies. 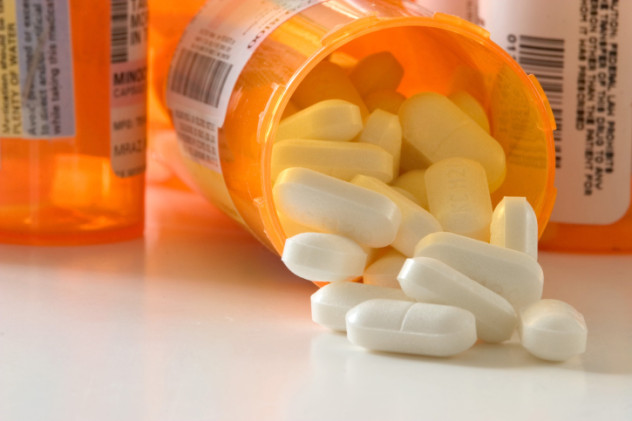 As any lover of pirate films can tell you, there are certain barrels whose contents are dry and should remain so, lest the scene with all the explosions become the scene with all the anticlimactic fizzes. Another derivative of our prolific German and Dutch ancestors, the word “drug” refers to a similar barrel, specifically used for the transportation of medicines in the 14th century.

In Middle Dutch, the phrase droge-vate, meaning “dry barrels,” was used to refer either to barrels that had to remain dry or those that carried dried substances, often medicine. The contents soon became called by the words printed on the barrels themselves, a trend that continued with the Old French droge, which came to mean “stock.” Even after the gradual shift into the spelling we use today, we can still see the connection with the modern Afrikaans word droog, meaning “dry.” 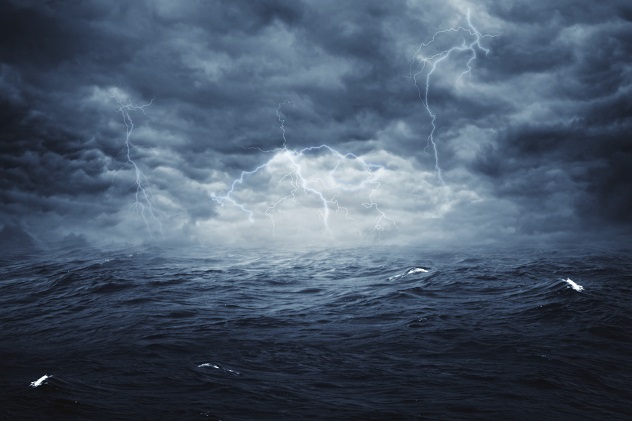 It’s easy to think you know this one if you know your Latin, but “maelstrom” isn’t a simple scramble of the common Latin malus, meaning “bad,” and the English “storm.” In fact, it refers more to the water below us than the water above us, and with a hint of nerdy pop culture thrown in.

Fairly innocuously, the latter half of the word derives originally from the Old Dutch strom, meaning “stream.” It’s the first half that wins the prize for unbridled coolness. Originally created to describe the Moskstraumen, the most famous whirlpool off the coast of Norway, it had to be a word that evoked the threat, peril, and shear fury of the North. The Old Dutch word malen (meaning “to grind” and giving us ground flour “meal”) is fitting, but its original derivation is perfection: the Old Norse mjol. It’s the same name bestowed upon Thor’s hammer, Mjolnir, otherwise known as “that which smashes.” 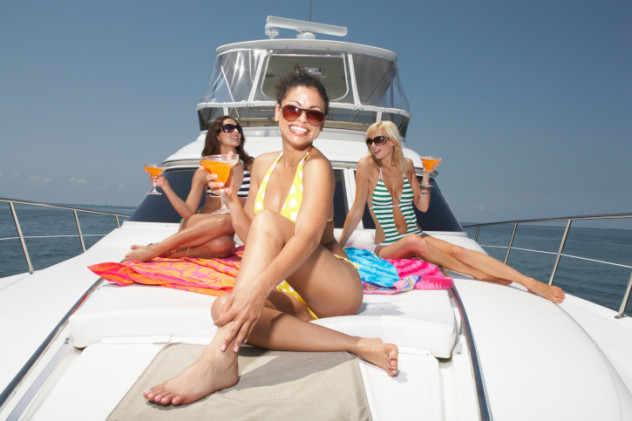 Modern yachts, associated as they are with bikini models and waterfront cruises, are merely the bloated and entitled descendants of their far more rugged forebears. In the mid-1500s, the word jachtschip referred to a small, light ship used primarily for chasing down larger vessels, particularly pirate ships. Deriving from Low German, schip quite simply meant “ship,” and jacht meant “chase,” a more vulgar cousin to the High German word jagen of the same meaning.

The jacht, as it was abbreviated, was quite literally its commanding navy’s “master of the hunters,” or as you might be more familiar with it, the Jagermeister. While the manliness of the jacht might have vanished under the less guttural pronunciation of “yacht” and the clink of champagne glasses, the spirit of speed and fury still inhabits this ship in some places, such as the Americas Cup, a yacht race open to only the most adventurous seafarers. 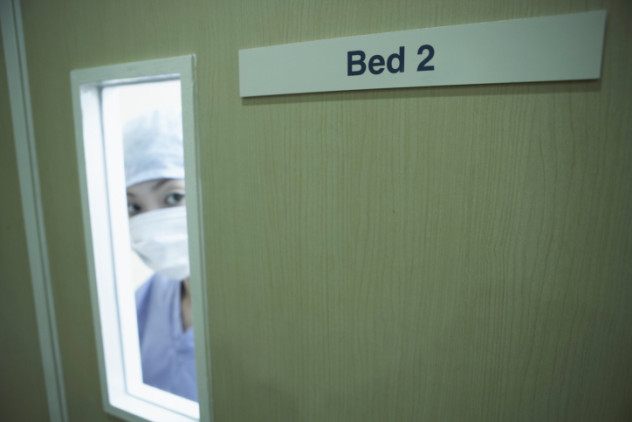 In the mid-1300s, the Black Death hit Europe with a vengeance, culling close to half the human population at the time before it eventually disappeared. During and after this time, port authorities attempted to curb the spread of any foreign illnesses from arriving trade vessels by forcing them to wait out at sea. Suspected ships would only be allowed into port after this period of “quarantine,” a phrase now used to mean the separation of infected individuals from the population.

From the Latin quattuor, meaning “four” and from which we derive “quarter,” the original Italian quarantina giorni literally referred to the 40 days a ship was forced to wait out of port. Since the Black Death usually killed its victims within about a week of infection, this period gave ample time for the plague to work its way through the ship. At least, that was the idea—roughly half of the population of Italy was destroyed by the plague despite the quarantine.