While the old saying “the best revenge is living well” is an admirable sentiment, not everyone believes it. No matter how much money you make or how many swimsuit models you bed, nothing is going to compare to a hilarious act of creative revenge. At least, that’s what these 10 people were presumably thinking when they decided to stick it to the man.

10The Pub Chain Named After A Teetotaler Teacher 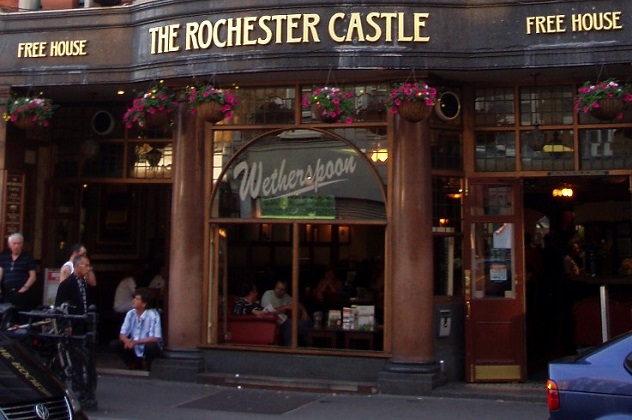 We’ve all heard the story about Albert Einstein’s teacher telling him he would never amount to anything. Given how that prediction turned out, you’d think educators would steer clear of the phrase, but one uptight New Zealand geography teacher apparently missed out on the memo. Faced with an unruly teenaged Tim Martin some 50 years ago, he allegedly declared that Martin “would never amount to anything in business.”

Since becoming a businessman was his lifelong dream, the young Martin understandably took this hard—so hard, in fact, that when he opened his first English pub in 1979, he decided to name it after his non-boozing geography teacher. The unfortunate man’s name: Mr. Wetherspoon. Today, Wetherspoon pubs are the biggest chain in the whole UK. As of 2014, the company had nearly 900 outlets, all emblazoned with the legend “a Wetherspoon’s pub.”

9The Children’s Books Written To Insult A Major 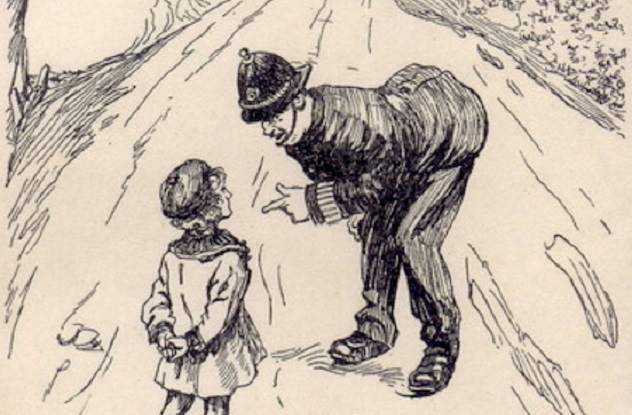 Major Hugh Pollock was the sort of man who should probably be forgotten to history by now. The British soldier was dull, dutiful, and distinctly average. He sealed his fate in 1924, however, when he married an up-and-coming young children’s novelist named Enid Blyton.

As the creator of Noddy and the Famous Five, Blyton would go on to become one of the most beloved authors in history. Kids and parents alike loved her books for their sunny disposition and overall kindness, but there was one series of books that had a distinctly darker undertone. Not long after her marriage imploded, Blyton sat down and penned the Mystery books with the specific goal of insulting Major Pollock.

According to one biographer, the recurring character of P.C. Goon was a thinly veiled caricature of Blyton’s former husband. Throughout the series, Goon is humiliated by children and vilified by just about everybody. But the real kicker comes when you find out that his full name, Theophilus Goon, is an anagram of “O Hugh, Spoilt One.” Blyton kept the character going for 15 novels, devising further humiliations for him each time.

8The Pop Hit Written To Trash An Entire School

Even if you know nothing about British music, you’ve probably heard of a band called The Smiths. Music fans compare them to The Beatles, and in 2003, music magazine NME named them the most influential band in history. What few bother to mention is that they once wrote an entire song dedicated to trashing one Manchester school.

The song, called “The Headmaster Ritual,” is a straight-up five-minute attack on front man Morrissey’s former high school. The lyrics include lines like “belligerent ghouls run Manchester schools” and a whole section devoted to describing a teacher’s abuse of the singer in the gym showers, which becomes even more disturbing once you find out that Morrissey later claimed his gym teacher was an abusive pedophile. The song became the first track on The Smiths’ second album, Meat is Murder, which topped the UK album chart for 13 weeks, presumably much to the delight of the staff at Morrissey’s old high school.

7The Monster Created To Parody A Fan Club Leader

The Doctor Defeats the Abzorbaloff | Love and Monsters | Doctor Who

The ’90s were a bad time to be a Doctor Who fan. After the show was cancelled in 1989, the task of keeping its memory alive fell upon a small group of hardcore fans. Although this group included future showrunners Steven Moffat and Russell T. Davies, it also included self-described “superfan” Ian Levine.

As a former consultant on the series, Levine apparently appointed himself de facto head of the fan club and proceeded to make everyone’s lives miserable with his obsessive attention to detail. When Davies found himself in charge of the revived show in 2005, he allegedly decided to stick it to Levine by basing a hideously grotesque monster on him.

While Davies has never admitted the parallels were intentional, the creature known as the Abzorbaloff spends an episode infiltrating a fan club, where it literally eats members who disagree with it. When it’s finally uncovered, it spends a good five minutes farting before the Doctor explodes it into little pieces of goo.

6The Hit Songs Written To Get Revenge On A Snooty Corporation

In 2009, Dave Carroll was a barely known Canadian country-western singer. That all changed when he had a run-in with United Airlines that would propel his popularity into the stratosphere.

On a routine flight out of Chicago, Carroll and his band were disturbed to see baggage handlers carelessly hurling around their expensive equipment. When Carroll finally arrived at his destination, he discovered that his $1,200 Taylor guitar had been smashed to pieces. Understandably upset, he contacted United, who flatly refused to pay up or even apologize. Carroll decided to get even by writing a little trilogy of songs known as “United Breaks Guitars.”

If you recognize the title, it’s because the first song became one of YouTube’s 2009 breakout hits. In 10 days, it racked up nearly four million views, received coverage from The New York Times, and wiped $180 million off United’s share value. Today, the song is still brought up almost every time someone mentions either United or bad customer service.

5The Band Mockingly Named For A Zealous Teacher 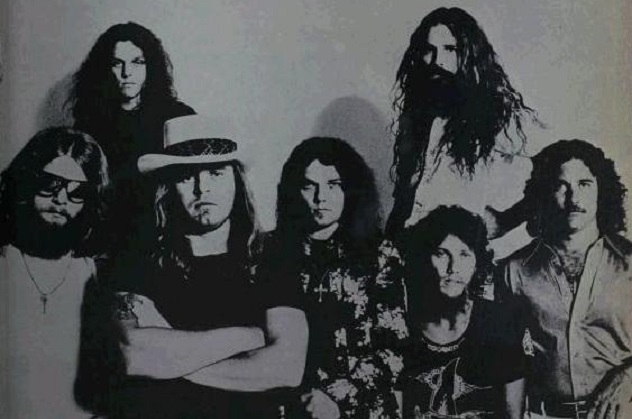 Back in the 1960s, Robert E. Lee High in Jacksonville, Florida suffered from an explosion of hippie culture. Kids were wearing their hair down to their shoulders, and teachers were enraged at the rebellious atmosphere they brought with them. None were more enraged than Leonard Skinner.

A deeply conservative gym teacher, Skinner made it his life’s work to make sure all boys wore crew cuts. Where other teachers were lenient, he sent dozens to the principal’s office, including members of the fledgling rock group One Percent. Outraged at their teacher’s inability to see reason, the band decided to mockingly change their name in honor of Skinner. The band was renamed Lynyrd Skynyrd.

Throughout the ’70s, Skinner’s name became a by-word for long-haired Southern rock. The band even featured his name and phone number on an album cover, resulting in Skinner being inundated with calls. Happily, the enmity didn’t last. By the time of his death in 2010, Skinner was firm friends with the surviving band members.

4The Painting Made To Stick It To A Patron 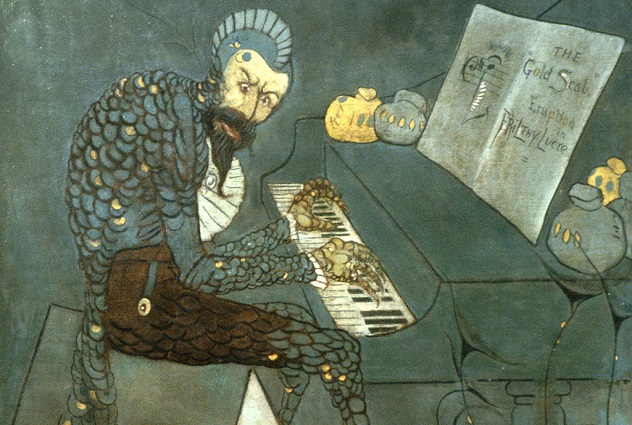 Frederick R. Leyland was a 19th-century British shipping magnate who moonlighted in supporting the arts. Of all the artists he bestowed various gifts upon, the most famous was James McNeill Whistler.

The painter and his patron didn’t always see eye to eye, however. When Whistler built the famed Peacock Room for Leyland’s house, Leyland hated it so much he refused to pay the full fee. When Whistler lost all his money in a libel suit three years later, Leyland—as his creditor—foreclosed on Whistler’s home.

But Whistler had an ace up his sleeve. Before the creditors came to seize his property, Whistler found time to create one last painting. Known as the Gold Scab, it depicted Leyland as a hideous peacock creature squatting over Whistler’s house like an egg. When Leyland’s men arrived to impound Whistler’s property, it was the very first painting that greeted them.

3The Essay Written To Demonize A Headmaster 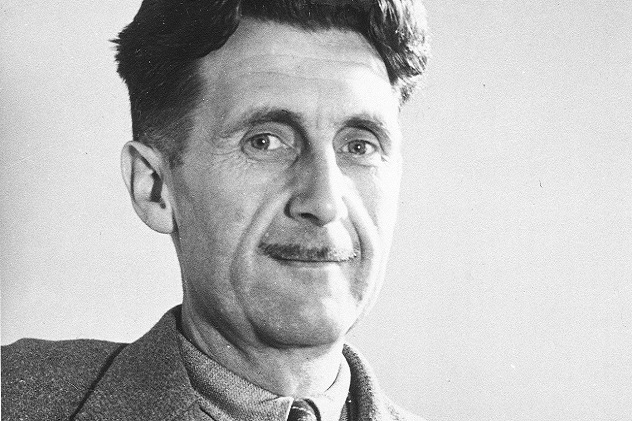 In 1911, St. Cyprian’s was a semi-exclusive English school that occasionally took in boys from poorer backgrounds. Ruled over by headmaster Mr. Wilkes and his wife, Cicely, it specialized in corporal punishment, especially where the less-wealthy pupils were concerned. Unfortunately for the school, one of the boys singled out for such punishment would later be better known by the pen name George Orwell.

For the rest of his life, Orwell fumed over the treatment he received at St. Cyprian’s. This hatred finally came to a head with the essay “Such, Such Were the Joys,” a point-by-point demolition of the entire school and its hideous headmaster. For page after page, Orwell detailed the school’s awful food, its disgusting smell, and the foully hypocritical habits of Mr. and Mrs. Wilkes.

The essay was so insulting that his publishers considered it libelous, so Orwell didn’t see it published in his lifetime. However, there’s a school of thought that believes Orwell may have gotten his revenge twice. It’s been suggested that the nightmarish totalitarian world of 1984 may have been secretly inspired by St Crispin’s.

2The Painting That Sent A Vatican Official To Hell 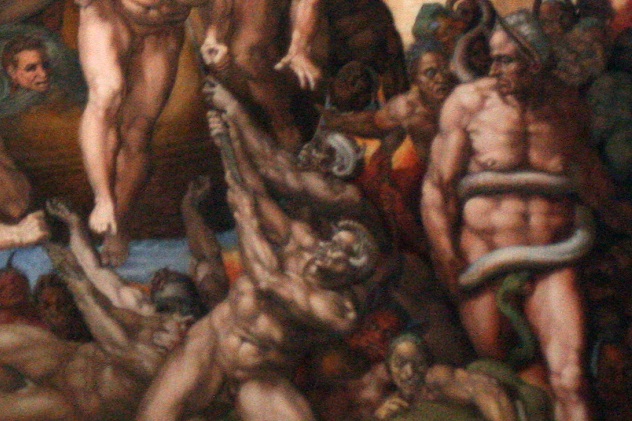 You’ve probably heard of the Sistine Chapel. Today, Michelangelo’s masterpiece is widely regarded as the best work in the history of painting, but this wasn’t always the case. When Pope Paul III visited the nearly completed work with his master of ceremonies, Biagio da Cesena, his companion was shocked by the amount of nudity on display. He even publicly harangued Michelangelo for it, suggesting the painting was more fit for “a roadside wine shop.”

When the completed work was finally unveiled, Cesena received a nasty shock. In an act of revenge that is awe-inspiring in its pettiness, Michelangelo had painted his critic into the fresco. Specifically, he had painted Cesena in hell, with donkey ears and a snake biting his groin. When a mortified Cesena asked the Pope to intervene, Paul III allegedly just shrugged and said, “I might have released you from purgatory, but over hell, I have no power.”

1The Book That Condemned An Entire Society 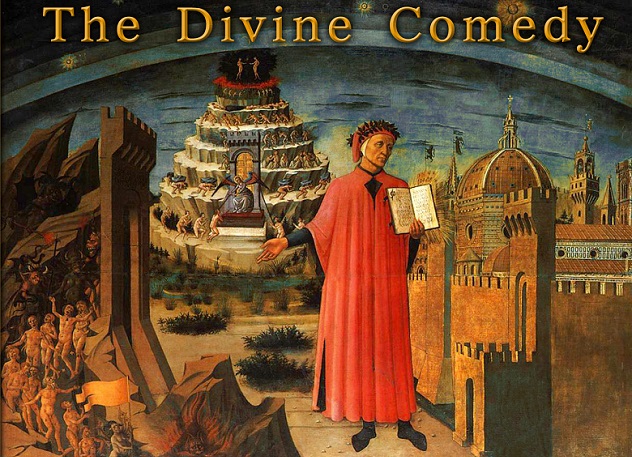 In 1301, the city-state of Florence in modern-day Italy sentenced a local poet to exile. His property was seized, and an edict was passed that he would be burned at the stake if he ever returned. Seven years later, the poet embarked upon the composition of an epic poem about heaven, purgatory, and hell. When it came time to write about the tormented souls suffering in hell, he knew just where to look for inspiration.

Today, The Divine Comedy by Dante is regarded as one of the greatest books ever written. It contributed a lasting part of our collective consciousness with the idea of ironic punishments in hell. And the entire first part is essentially a sustained middle finger in the face of 14th-century Florence.

As the narrator travels through hell, he encounters dozens of characters suffering horrible torments, most of whom were based on real people who had a hand in Dante’s exile. We meet Dante’s enemies being punished for sodomy, eaten by snakes, and buried eye-deep in ice. We even meet one man who is first submerged in mud before being torn to pieces by demons. The plot takes time out to gleefully describe how much he deserves this terrible fate. Now that’s how you do revenge.