Rape has serious consequences. The victim will face the trauma and any physical injuries sustained in the act, as well as possibly stigmatization and blame for what happened. The rapist will face the punishment that would be imposed by the law . . . if he is caught and convicted.

In some instances, however, rapists have more to fear from their victims or the relatives of their victims. Rape victims and their family members have sometimes taken the law into their own hands and dealt with the rapist in the most unimaginable of ways. Here are ten such instances of vengeance against rapists.

10 Man Murders Wife’s Rapist, Then Cooks And Eats His Penis 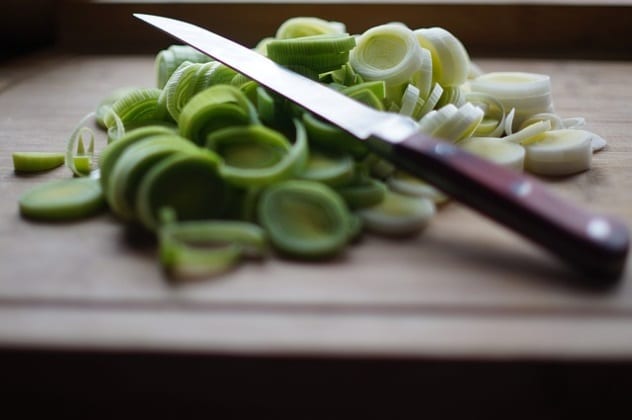 In November 2015, an Indonesian man named Rudi Efendi murdered a man he suspected had raped his wife. Afterward, he cut off the man’s penis and took it home for his wife to cook. He and his wife ate the cooked penis.

Efendi had married his wife that September, only to discover she was not a virgin as he had previously thought. His wife claimed she used to be a virgin . . . until she was raped by the man, who worked as a driver, a week earlier. Efendi told his wife to call the driver for a meeting.

The driver honored the meeting but met Efendi instead of his wife. Efendi stabbed him to death before cutting off his penis and setting the man’s vehicle on fire. Efendi claimed he ate the penis to cure himself of the heartbreak caused by the rape. However, he denied his wife’s involvement and insisted that he acted alone. Police insisted the wife was an accomplice.[1] 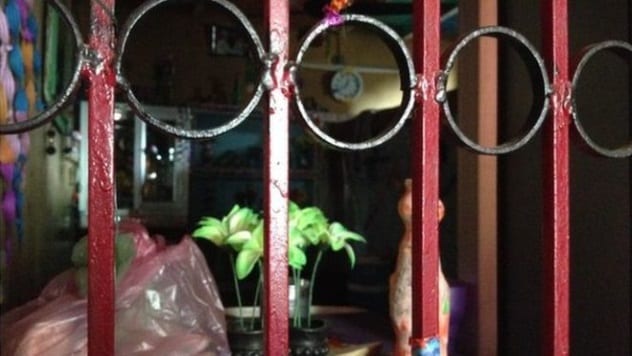 In 2014, a 36-year-old unnamed Indian man murdered his 45-year-old tenant after discovering the tenant had raped his 13-year-old daughter. His daughter claimed the tenant had dragged her into his room and tied her up before raping her. He threatened to kill her if she ever told anyone. She only told her father after testing positive for pregnancy.

The man had told his wife he wanted to have a word with the tenant. He left for the tenant’s apartment (pictured above), where he tied the man up and covered his mouth so that he could not shout. Then he put a steel spatula on a stove until it was hot and used it on the tenant’s privates. The tenant died during the torture.

The unnamed father reported himself to the police after the murder. He claimed he initially confronted his tenant about the rape, but the tenant taunted him, leading to the murder. Most people in Chandu Nagar, where the man lived, were surprised he could kill someone, since he used to be a very calm person. However, in India, where 93 rapes are reported every day, many believe the man did the right thing.[2] 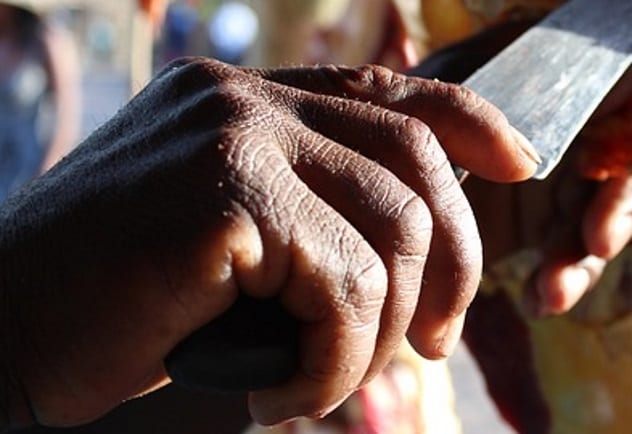 In 2017, an unnamed 56-year-old South African woman only identified as the “Lion Mama” was away from home when someone called her and told her that some men were raping her daughter. The caller was a cousin to one of the rapists. That rapist would later be killed by the woman.

The woman called the police, but they did not respond. So she ran to her home in Qumbu, Eastern Cape, where she found three men raping her 27-year-old daughter in turns. She stabbed all three men continuously until they collapsed. One later died, while the other two survived with injuries. The woman was charged with murder and attempted murder.

The incident caused quite a sensation, since rape is also prevalent in South Africa. The National Prosecution Authority (NPA) later dropped all charges against the woman. The NPA never confirmed why it dropped the charges, but it probably had something to do with the widespread public support for the mother. Meanwhile, the two surviving men were charged for the rape.[3] 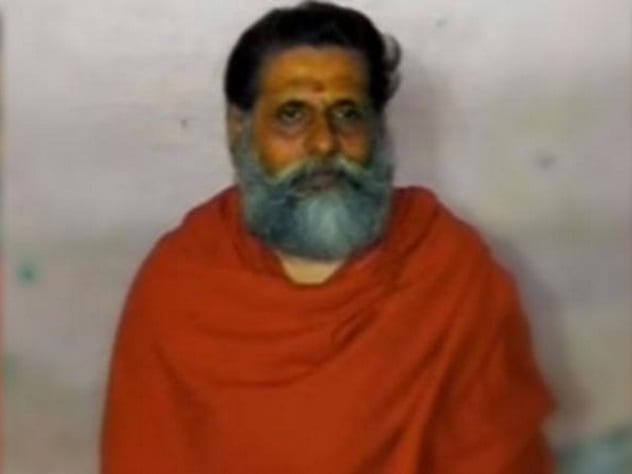 Back to India. Sometime in 2017, a 23-year-old woman cut off the penis of a 54-year-old Hindu religious leader, Hari Swami, in her home in Kerala. Swami was employed by the lady’s mother to spiritually cleanse their home. However, he was secretly raping the woman. The daughter informed her mother, who did nothing.

Swami tried raping the unnamed lady again, but she attacked him with a knife, cutting off his penis. The woman called the police after cutting off Swami’s penis. Swami was taken to the hospital, where he underwent surgery. Police planned to charge Swami for rape and the lady’s mother as an accomplice.[4] 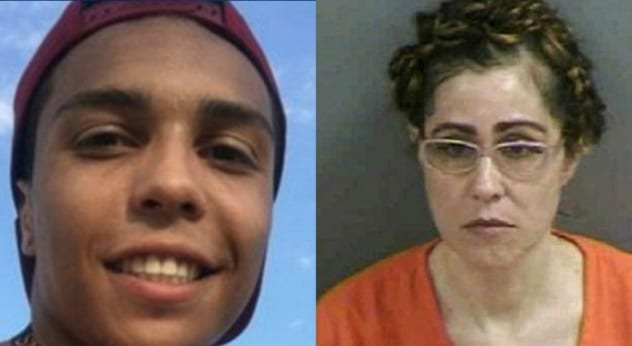 In 2017, Floridian Connie Serbu shot an 18-year-old family friend she suspected of raping her daughter several years earlier. Her daughter was six years old at the time of the rape. Serbu had tricked the teenager, Xavier Sierra, into the woods, where she shot him. Her brother, John Vargas, was involved in the murder plot and was in the woods at the time of the shooting. However, he was also shot and later died of his injuries.

Serbu started planning the murder in May 2016, after her daughter told her about the rape. She informed several friends, but most discouraged her from committing murder. One suggested that she call the police instead. However, Serbu had already made up her mind.

In 2017, she contacted Sierra, telling him she wanted to him to help her construct a bunk bed in her home. She agreed to pick him up and take him to her home. Vargas came along. He confronted Sierra about the rape as Serbu drove into the woods.

Sierra tried escaping when Serbu stopped the vehicle, but Vargas caught up with him. Vargas had two guns with him at the time, and Sierra tried grabbing one. Vargas was shot in the abdomen during the struggle. Sierra was ultimately shot six times and killed. Tests showed that Serbu had handled one of the guns during the shootings.[5] 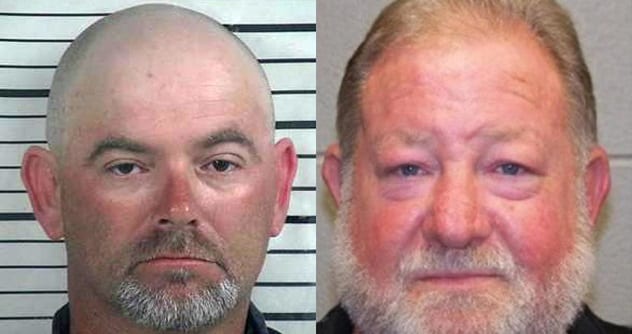 In June 2014, 43-year-old Jay Maynor (left above) shot and killed 59-year-old Raymond Earl Brooks (right above) in Berlin, Alabama, because Brooks had raped Maynor’s daughter when she was a small child. Brooks was the maternal grandfather of the victim. In 2002, Brooks was given a five-year sentence for the rape but spent only two and a half years in prison before he was released.

In 2014, Maynor decided he’d had enough and set off to kill Brooks. Before going to Brooks’s home, Maynor stopped at a store, where he tried to kill his daughter’s abusive boyfriend. He fired a shot into the store, but the boyfriend wasn’t hurt. He left for Brooks’s home thereafter. Maynor received a 40-year sentence for the murder of Brooks and an additional 20 years for the attempted murder of his daughter’s boyfriend.[6] 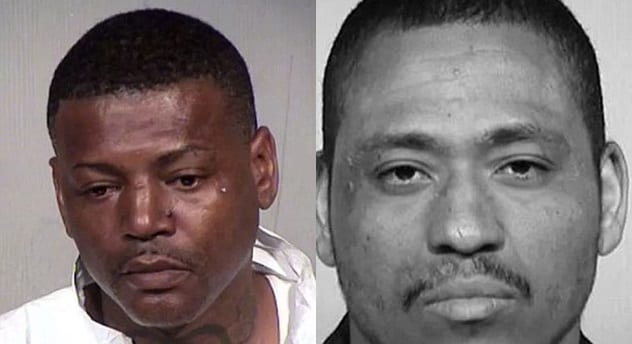 On August 2, 2018, Melvin Harris (left above) was driving his daughter and her friends home when they stopped by a convenience store in Phoenix. He waited outside while his daughter and her friends entered the store to get snacks and use the restroom. A man later identified as the would-be rapist, Leon Armstrong (right above), walked up to Harris and asked for some money. Harris gave him some change, and Armstrong went into the store.

Harris was later informed that Armstrong tried to enter the bathroom stall that his daughter was inside. Harris was leaving the store with his daughter and her friends when he saw Armstrong. He confronted Armstrong and beat him up before leaving. Armstrong died of his injuries five days later.

3 Woman Sets Her Husband On Fire For Raping Her Daughter 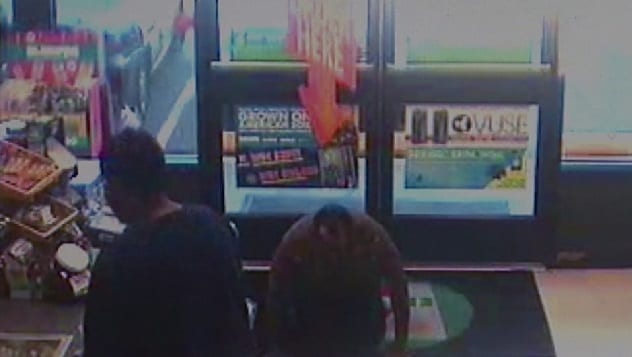 On July 16, 2014, in Kent, Washington, 39-year-old Tatanysha Hedman poured gasoline on her husband, Vincent Phillips, as he slept before setting him on fire. Hedman suspected Phillips had raped her daughter, Phillips’s stepdaughter. Phillips fled into a nearby store after the incident, screaming that he was on fire. He fell on his knees, asking shoppers to help him.

Phillips suffered serious burns, especially around his head and chest. However, he survived the attack. Hedman said she decided to set Phillips on fire instead of shooting him because a gunshot would have been “too nice.”[8] Hedman was charged with assault and arson, while Phillips was charged with first-degree child molestation. 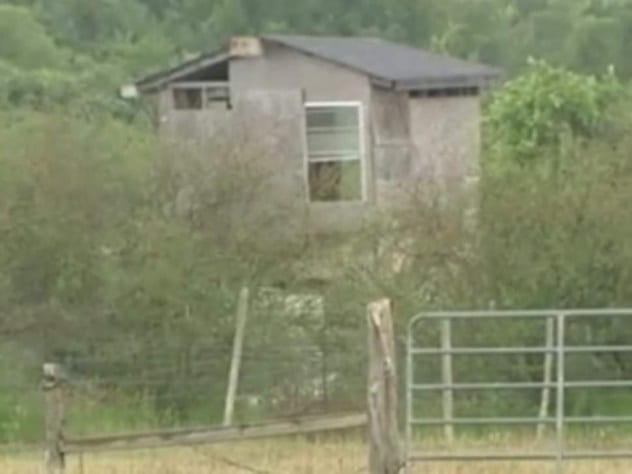 An unnamed 24-year-old man beat a man trying to rape his daughter to death on his ranch in Texas. The rapist, identified as 47-year-old Jesus Mora Flores, had dragged the five-year-old to the side of a barn, where the rape and attack happened. Someone saw Flores dragging the little girl and called her father. The father ran to the scene, where he repeatedly punched Flores in the head and neck. Then he called 911.

With Flores at the edge of death, the unnamed father had difficulty directing the dispatcher to the location of his remote ranch. During the call, he told the dispatcher to quickly send an ambulance and mentioned his fear that Flores was dying. Flores later died. However, police never arrested the man. They later said they would not press charges against him because Texas law permits the use of lethal force to stop a rape or attempted rape.[9] 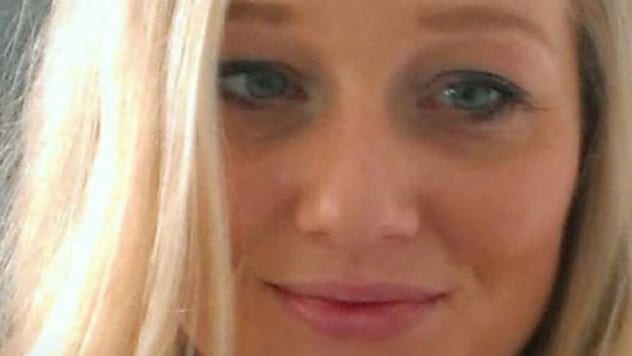 In December 2015, Roxanne Eka Peters stabbed Grant Jason Cassar to death in her home in Capalaba, Australia. After killing Cassar, Peters dumped his body in a ditch in one of the most inhumane ways. She tied his body up, attached it to the rear of her car, and dragged it for 1 kilometer (0.6 mi) before dumping it in the ditch.

Peters claimed Cassar had raped her earlier and had threatened to hurt her daughter if she did not allow him rape her again. Peters was sentenced to nine years in prison for the murder. She received an additional 18 months for “interfering with a corpse.” While the judge, David Boddice, agreed the rape and threat made her act the way she did, he chided her for disrespecting Cassar’s body and not calling the police.[10]