It’s hard to imagine a show more lovable than Doctor Who. The British sci-fi series has been around since 1963, has had 12 leading men, and has racked up more awards than most HBO productions. Tomorrow, it starts its 51st year, and the world is wilder about it than ever.

Yet 50 years is a long time, and during that period, the writers have made some questionable decisions—the sort of decisions that leave viewers shifting uncomfortably on their sofas, trying desperately not to catch one another’s eye. 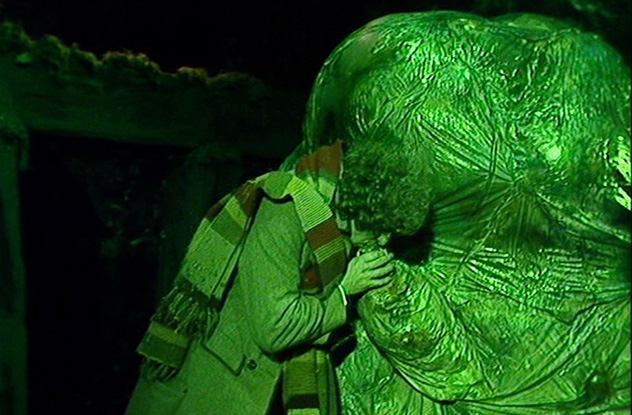 Before David Tennant and Matt Smith took on the role, Americans were most familiar with Tom Baker’s incarnation of the Doctor. Between 1974 and 1981, the eccentric Baker starred in a ton of classic episodes, facing down monsters armed only with his colorful scarf and snaggle-toothed grin. Yet one of his final episodes was one of his most awkward.

Known as “The Creature of the Pit,” the episode called for Baker to meet a hideous monster that’s been terrorizing a planet, only to discover it’s really the victim. The design for the sympathetic monster looked just a bit like a gigantic, floppy penis.

This would be bad enough, but the script specifically called for a scene where the Doctor kisses the monster. The resulting image resembles something usually found only in the foulest depths of the Internet. Today, the episode is infamous for accidentally predating Rule 34 by 30-odd years. 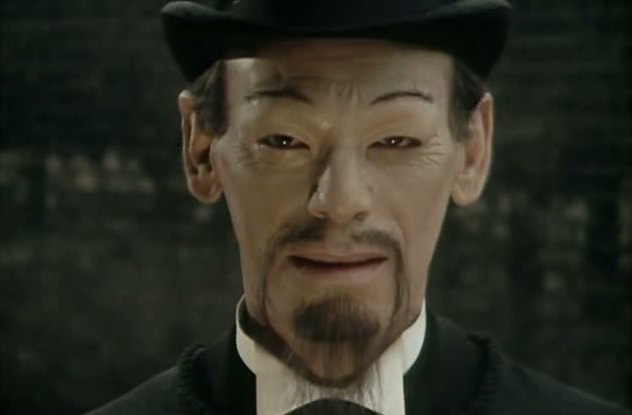 The Tom Baker adventure “The Talons of Weng Chiang” may be one of the best stories in Doctor Who history. Set in Victorian London, it features Jack the Ripper–style murders, homicidal pig fetuses . . . and an evil Chinese villain played by white actor John Bennett in makeup.

At the time “Talons” was made in 1977, the idea of white actors portraying Asians was already starting to feel wrong. When it was first broadcast, the show attracted considerable complaints for its lazy stereotyping.

Nonetheless, “Talons” has a pretty anti-racist script. The story repeatedly gives the Chinese villain anti-racist jokes at the other characters’ expense. In one scene, he even gets to respond to a question from the Doctor by sarcastically remarking, “I understand we all look the same.” On the page, it looks like a blow for equality. Coming out of a white actor’s mouth, perhaps less so.

8 Sex With A Paving Slab 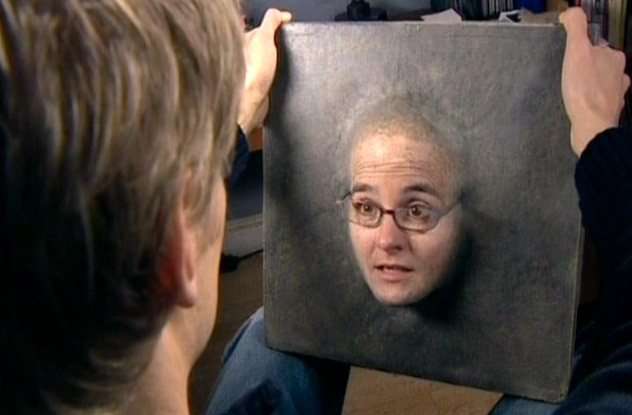 Released in 2006, “Love and Monsters” is frequently called the worst episode in Who’s long history. This reputation hangs on a single scene in the last five minutes, in which a character named Elton admits he has sex with a paving slab.

Earlier in the episode, a creature absorbs Elton’s girlfriend. The Doctor defeats the monster, exploding it into little chunks of goo, and he realizes he can partially reconstruct the absorbed woman. Unfortunately, the best he can do is recreate her mind and face, which will be forever embedded in a paving slab. By the end of the episode, Elton is only too happy to admit he has a love life with this slab.

This uncomfortable moment gets even more uncomfortable when you read fan theories on the episode. It’s suggested at certain points that Elton is an unreliable narrator, and every scene with him is clouded by his imagination. A theory states that even the paving slab face is a hallucination, and he’s simply having sex with a regular paving slab. We’ll leave it to you to picture just how that would work. 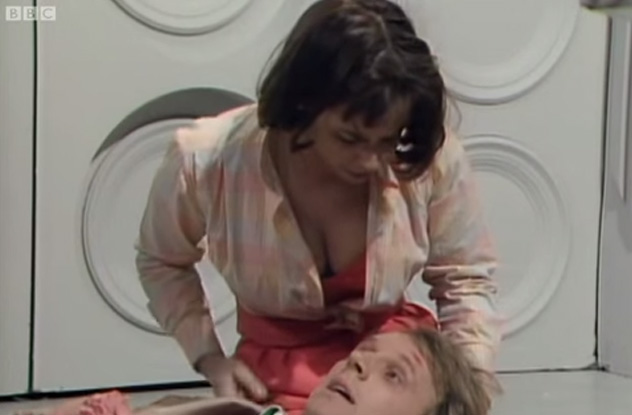 In 1984, Fifth Doctor Peter Davison was preparing to hand the role over to Colin Baker. In his final episode, the Doctor sacrifices himself to save his companion, Peri. Dying from a rare poison, the Doctor collapses on the floor and gives a disjointed speech that should have been the crowning moment of a dark episode—had the director not opted to focus on Peri’s cleavage instead.

Peri’s character was a stranger to warm clothes. So when she cradled the Doctor’s head in her lap at the episode’s climax, the entire world was treated to the mother of all cleavage shots. This wasn’t a quick slip. The shot lasted over a minute, long enough to give roughly two million young boys the first inkling of their sexuality.

Understandably, Peter Davison was upset when he realized his swan song had been upstaged by his co-star’s chest.

In 1985, the BBC put Doctor Who on hiatus for a year. Fearing its spiraling ratings would mean it never came back, a group of fans got together and released a charity single. Known as “Doctor in Distress,” it’s one of the most awful things the universe has ever produced.

Originally meant to feature Elton John and the Village People, the single ultimately netted some lesser members of several bands you may never have heard of, including Ultravox, Tight Fit, and Bucks Fizz. Meanwhile, the lyrics tried to tell the history of Doctor Who with appalling rhymes like: “We learnt to accept six doctors with companions at their side / when they were faced with danger they didn’t run, they didn’t hide.” Someone decided to put the whole thing to a mid-’80s synth score. The result was disastrous.

So who was responsible for this atrocity? Which talentless hack was guiding that tune as it butchered the concept of music? None other than Hans Zimmer, who would go on to score The Lion King, the Dark Knight trilogy, Inception, and 12 Years a Slave.

5 The Taste Of Semen 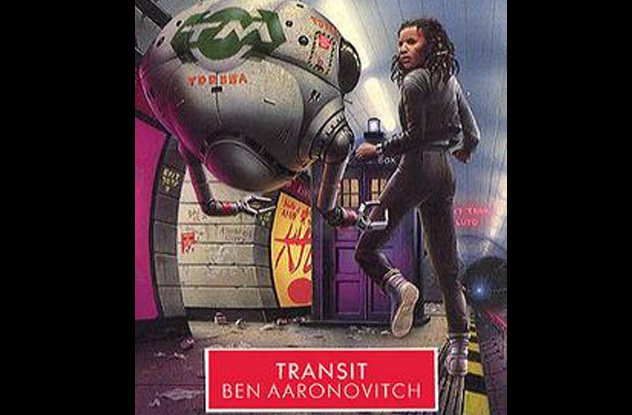 After Doctor Who was canceled in 1989, the only way for fans to get their fix until the 2005 reboot was through books. The publishers had specific ideas about what Doctor Who should be, and these ideas involved profanity, nudity, and lots of hardcore sex.

The pinnacle of this was the novel Transit. Set in a cyberpunk vision of the future, it finds the Doctor drunk and lost amid a world of prostitutes, drug addicts, and perverts. The author, who started off writing for the TV series, can’t wait to fill you in on every aspect of their horrible sex lives. 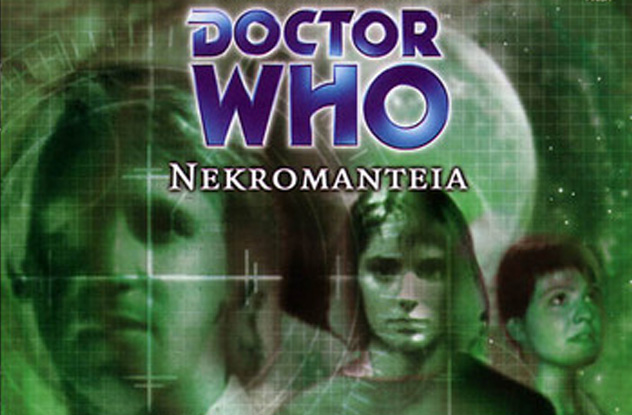 In 1999, Big Finish started producing Doctor Who audio dramas using the original cast. Darker and often more complex than the show, they were generally well received, with the exception of “Nekromanteia.”

Featuring a coven of cannibalistic witches, “Nekromanteia” starts off as your average Doctor Who adventure—until you get to the rape scene. About halfway through, a character called Harlon attempts to force himself on the Doctor’s companion Erimem. She fights him off and afterward declares she will now have to live with the pain. She never mentions it again.

This rapist is meant to be a good guy. Although clearly written as an antihero, Harlon is supposed to be like Han Solo, the guy you cheer on as he breaks all the rules. Even after he attacks and nearly molests Erimem, there are still points in the script where you’re specifically meant to be rooting for him.

Thanks to this scene, “Nekromanteia” was so badly received that Peter Davison requested the author never write for Doctor Who again. He got his wish. 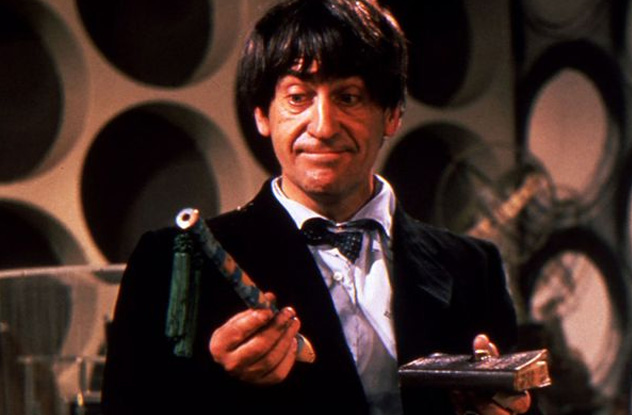 The year 1966 was big for Doctor Who. The original actor to play the role, William Hartnell, was preparing to bow out, and no one knew what this would entail. The production team decided the best thing would be to have the Doctor regenerate into another actor. In a neat bit of casting, they chose character actor Patrick Troughton, and a legend was born. But it’s only through a stroke of good luck that the Second Doctor remains so popular today. Troughton originally wanted to play the character in blackface.

Doctor Who was at the time a ratings juggernaut. Worried about becoming so instantly recognizable, Troughton toyed with ways of disguising his appearance. He ultimately settled on playing the Doctor beneath a turban and a layer of dark paint. The producer thought the character would work better as a “cosmic hobo,” and the idea was abandoned.

In 1975, the Doctor Who team loaned out a couple of Dalek models to Spike Milligan for his comedy series Q. As a former member of the Goon Show and the inspiration for Monty Python, Milligan was probably the funniest man in Britain at the time. He also loved a bit of race-based humor, which is how the BBC came to broadcast the notorious “Pakistani Dalek” sketch.

The setup is simple. A Pakistani Dalek comes home for tea, blows everything up and shouts “exterminate!” a lot. It finishes a rant by shooting the family dog and demanding its wife make the corpse into a curry. The rest of the sketch then revolves around the Dalek killing things and shouting “put it in the curry.”

No piece of Doctor Who memorabilia contains as much cringe factor today as “A Fix with Sontarans.” A crossover between Doctor Who and kids’ wish-granting series Jim’ll Fix it, it featured nine-year-old Gareth Jenkins on his own special Doctor Who adventure, organized by Jimmy Savile.

If you recognize the name, you’re probably already feeling sick inside. Although at the time a beloved celebrity, Savile would later be revealed as the most prolific child molester the UK has ever known. Seeing him step onboard the TARDIS and banter with the Doctor sullies your entire childhood.

Later, Savile gives the Doctor’s companion a creepy, lecherous kiss on the arm. It lasts so long that it would be uncomfortable even if it weren’t coming from a notorious sex offender.