You’d think a single disease would hit the whole world equally—we’re all human, after all. But some cultures have very specific disorders associated with them, with symptoms and consequences generally not extending outside of their particular country or ethnicity. 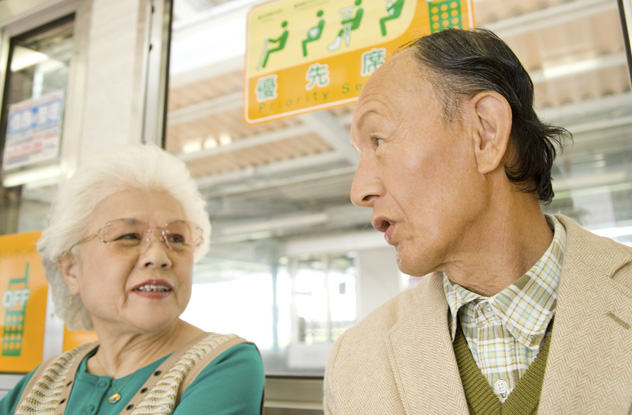 Japan is famous for its work ethic, with many spending long hours at the office and devoting all their waking hours to their careers. Couples neglect their marriages in favor of business, and once the man retires, all sorts of problems follow.

Once couples have no careers to focus on, forcing them to spend more time together, spouses find they don’t really know each other. Arguments pile up—especially after trips to celebrate retirement. In the last 10 years, the divorce rate in Japan has risen 27 percent, and it’s expected to keep climbing as more approach retirement age.

Many men, unable to transition from the work world to home life, treat their wives like coworkers or servants. Most husbands’ social groups are tied to their workplace and vanish once they retire. Many women can’t cope with the disruption—the husband is suddenly home 24/7 and tries to take charge of her life. These women suffer from stress and health problems like ulcers, rashes, difficulty sleeping, and even slurred speech patterns.

Adding to the issue, households no longer follow their traditional setup. Earlier, many retired couples would live with their children. Now, many of the younger generation stay unmarried longer, keeping them from helping their parents adjust to the transition with the help of children and grandchildren. It’s such a problem now that therapists and psychologists specialize in treating affected women, and thousands of support groups assist men with relationships post-retirement. 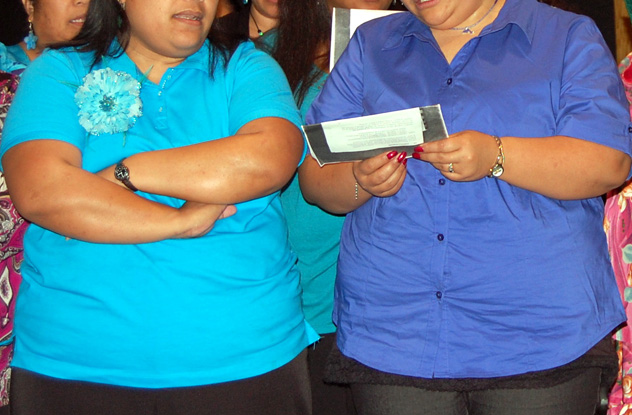 Places like Micronesia and other islands throughout the South Pacific were long ignorant of American delights like Spam and Oreos. Originally, the native people ate a diet rich in fruits and vegetables and freshly caught fish. When pirates discovered the islands in the early 20th century, they brought with them alcohol and infectious diseases. Then when a prosperous mining industry sprang up in the decades that followed, the islands suddenly imported fatty foods and were exposed to Western life.

The result was a massive spike in diabetes and heart disease. Some islanders suffer their first heart attacks in their twenties. By the time they’re in their late fifties, most consider themselves old. Around 85 percent of the population is classified as obese.

Interestingly, New World Syndrome has also introduced the idea that it’s very possible—and common—for people to be both obese and malnourished. The World Health Organization estimates the number who suffer from both at 1.1 billion. 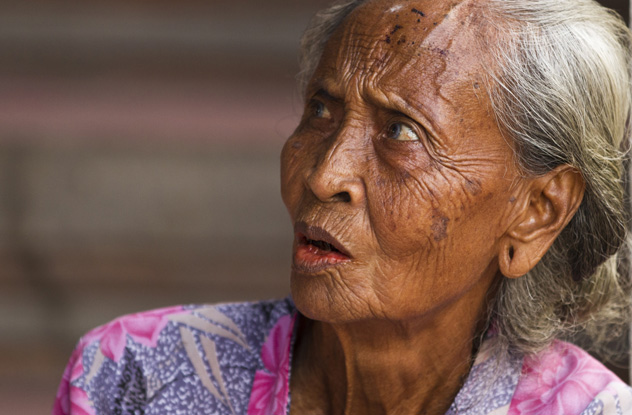 Latah is a rare disorder from Malaysia. Meaning “nervous,” latah is characterized by an exaggerated reaction to sudden noises or other startling stimuli. Case studies describe individuals with uncontrollable movements ranging from gestures to cursing, singing, and dancing.

Sufferers also become unable to resist doing what they’re told. One case study tells of a woman who would hit other people on command, eat normally inedible objects, and react to dangers that were clearly not in the room. Another patient tried breast-feeding a hat when told that it was her hungry baby. Once the episode passes, the afflicted return to their natural personalities and are unable to explain their previous actions.

Just what causes latah hasn’t been confirmed. It may be genetic, but this is difficult to determine because many sufferers lack family records. Superstition says latah is caused by witchcraft or tickling a child too much when they’re young. The most commonly afflicted are post-menopausal women, although younger women and men can also develop latah. There is no outward manifestation of the disease, and those who develop it are physically normal. 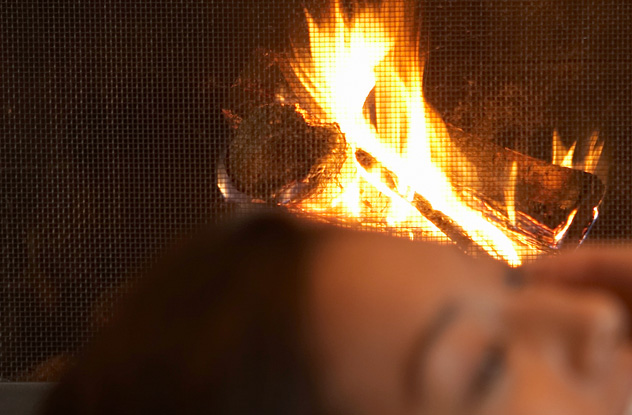 Hwabyung (“fire sickness”) is unique to Korea and is characterized by burning, heavy sensations in a person’s chest. Other symptoms include insomnia, muscle pains, heart palpitations, weight loss, and blurred vision. It can ultimately turn into severe depression.

The disease happens most commonly in middle-aged women, occurring when they find themselves angry often but can’t express that anger. They focus anger inward instead of dealing with it, and when situations don’t change, that anger manifests itself in physical and mental ways.

Psychologists blame a combination of cultural and historical factors. Traditionally, Koreans have suffered massive unrest and political upheaval. For many, all that’s left is for them to bear it. Korean citizens who emigrate are also commonly afflicted with hwabyung, often finding a new life in another country as stressful as the situations they have left behind.

According to Korean folk beliefs, anger is fire. Keeping that fire inside means that it builds up in the body, disrupting the natural state of balance and causing an endless cycle of helplessness and depression. 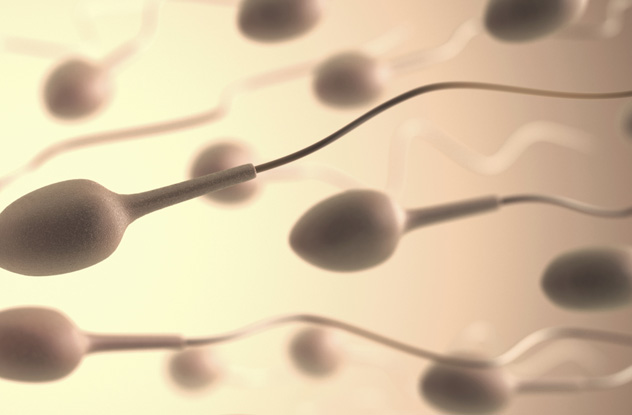 Dhat syndrome hits young men living in the Indian subcontinent, most commonly Bangladesh, Nepal, and Pakistan. The syndrome describes a psychological concern that the body is losing semen, through urine or other unusual discharges. Symptoms include fatigue, difficulty concentrating, exhaustion, loss of appetite—and sexual dysfunction.

Those suffering from Dhat syndrome believe that they are losing a vital part of themselves. The concern comes from the philosophy of Ayurveda, which lists substances in the body as crucial to maintaining balance and well-being. These substances are blood, fat, flesh, bone marrow, chyle, and semen, with semen being the most important. All other fluids and substances in the body are thought to go through stages in which they transform, and at the end, they become semen, the key to a long, healthy life. Losing semen means something is very wrong.

Sufferers believe it a physical condition, but those treating it refer patients to psychiatrists. Without proper treatment, depression sets in. 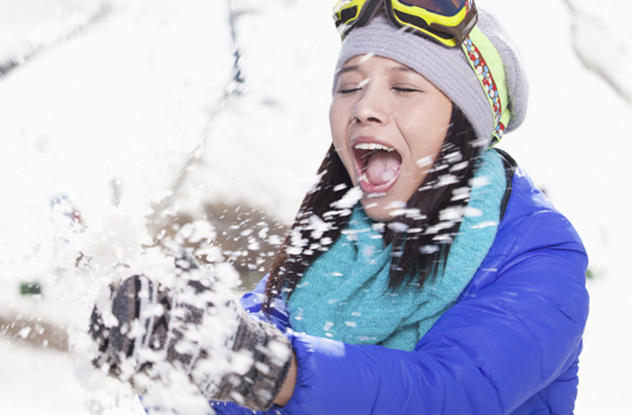 Pa-leng and pa-feng strike Chinese individuals and immigrants who practice ideas connected with yin and yang. Classified as anxiety disorders, pa-leng is an extreme fear of the cold, while pa-feng is an overwhelming fear of the wind.

Both disorders are rooted in the idea that for the body to maintain balance, it needs a balance of temperature. Wind and cold both take valuable heat from the body, disrupting that natural balance. Wind is believed to bring with it disease; if a person feels fine in the morning and suddenly comes down with an illness, people often link it to the presence of wind.

Cold and wind are both associated with the yin, and individuals suffering from this disorder will go to great measures to preserve body heat, or yang. They may overdress in heavy clothing, avoid drafts, or even eat only hot foods. The person will also begin to suffer the consequences of an imbalance in their yin and yang, such as headaches, dizziness, stomach pains, and coughing. 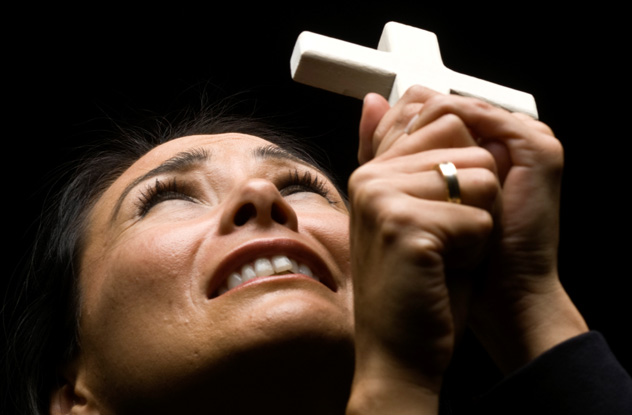 Scrupulosity hurts the most devoutly religious, and it’s often associated with Catholicism (although sufferers can come from all faiths). People suffering from scrupulosity believe that they are in a constant state of sin. No matter what they do, they anger God.

Usually, individuals agonize over a single idea, such as following a biblical verse to the letter, avoiding any sort of blasphemous thoughts, or remaining pure—all while ignoring major ideas like the Commandments. More than just viewing themselves as sinners, they suffer from the debilitating idea that they are unworthy, to the point where they cannot come to peace with anything that they do.

Scrupulosity is classified as an obsessive-compulsive disorder, and it can result in self-chastisement or self-sacrifice to cleanse oneself of sin. Sufferers damage their social relationships by constantly seeking reinforcement from friends and family. Doctors treat it in much the same way as other obsessive-compulsive disorders—with behavioral therapy and sometimes medication—along with assistance from religious leaders. 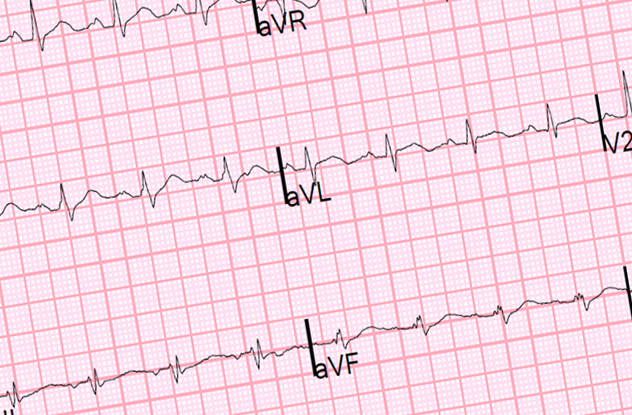 Sudden unexpected death syndrome is prevalent throughout Southeast Asia, and it’s terrifyingly exactly what its name suggests. Healthy men—most not yet approaching middle age—go to sleep at night and never wake up. Most are found dead after crying out in the middle of the night.

According to folklore, these mysterious deaths are caused by a visiting spirit that kills men in their sleep. In Thailand, the spirit is said to be that of a widowed woman, stealing the souls of living men. In Japan, it’s known as pok-kuri. In Vietnam and Laos, it’s called tsob tsuang. In the Philippines, it’s bangungot or batibat.

References to the mysterious deaths date back at least to the turn of the 20th century, but only recently have scientists been able to associate the phenomenon with spikes in electrocardiograms. The ECG irregularity is shaped like a shark’s fin and is known as the “Brugada Sign” after cardiologists Pedro and Josep Brugada. Those who die from SUDS have no other health problems, save this weird spike in heartbeat.

A review of unexplained deaths in Manila between 1948 and 1982 revealed that most victims were about 33 years old, most died at around 3:00 AM, and the majority of deaths occurred in December and January. The factors combine to create a pattern weirdly different from other deaths in the same region. 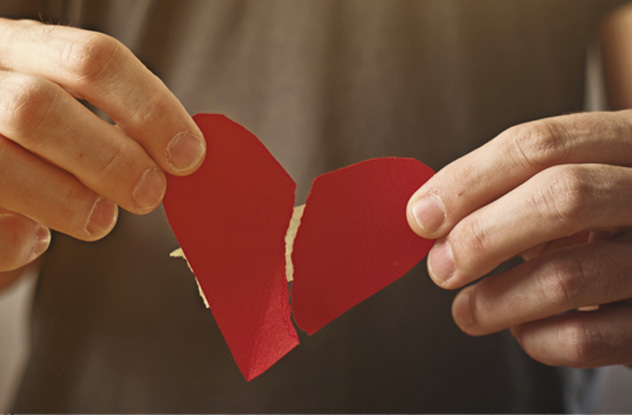 Tabanka is the name given to an extreme form of heartbreak suffered by men in Trinidad. Historically, tabanka struck those who lost their significant other to a rival, but more recently, the definition has been extended to cover unrequited love. In most cases, someone suffering from tabanka loses interest in the world, goes without eating, and suffers from stomach pains and insomnia.

While that might just sound like normal heartbreak, sufferers from tabanka often move down a very dark path. Many drink heavily to forget their pain, which can lead to worsening depression and ultimately suicide.

Part of the problem with tabanka is that sufferers hide the condition, fearing mockery from peers. The general consensus is that those suffering from it should just move on. Men and women deride tabanka equally. Women suffer from it far more rarely than men, however, partially because they start out by accepting the high likelihood of losing a partner to another woman. 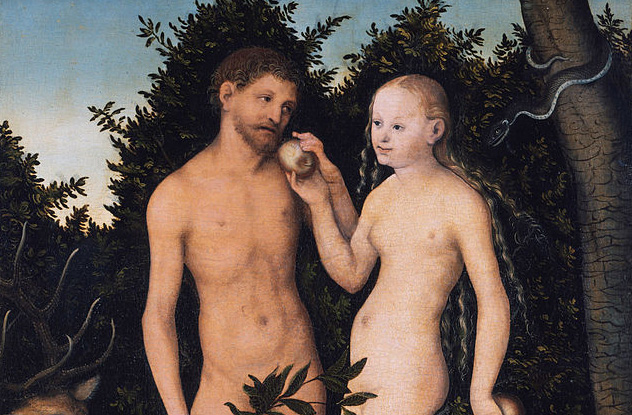 According to the belief system of Ethiopian Jews, Adam and Eve had 30 children. Worried that the most beautiful of her children would attract the envy of God, Eve hid 15 of them in the Garden of Eden. God, of course, saw this, and as punishment, He made all 15 children invisible. The other 15 became the ancestors of the human race, while the 15 invisible children became the zar, spirits that haunt and hunt their worldly siblings.

Individuals diagnosed as possessed by the zar (but actually suffering from any of several conditions) first begin to suffer from headaches and fatigue. This spirit possession often happens alongside a traumatic or stressful life event, particularly a shift in relationship status, struggles with infertility, or major changes in a social circle.

If attempts at exorcising the zar aren’t successful, the individual might call on a cult healer. The healer puts them into a trance, during which time they talk to the spirit. Rather than fighting, the host and spirit form an understanding relationship. In exchange for a life free from the ill effects of spirit possession, the patient makes a promise to the spirit. This can be anything from eating particular foods to associating with certain people or dressing a certain way.