Technology wields ever-increasing power over our lives, so when you control it, you control society. Companies are always on the lookout for means, not always legitimate, of grabbing a bigger slice of the tech pie. With so much power and money at stake, ethical considerations are set aside all too often.

10 Brendan Eich
Banned For Homophobia, Or For Profit? 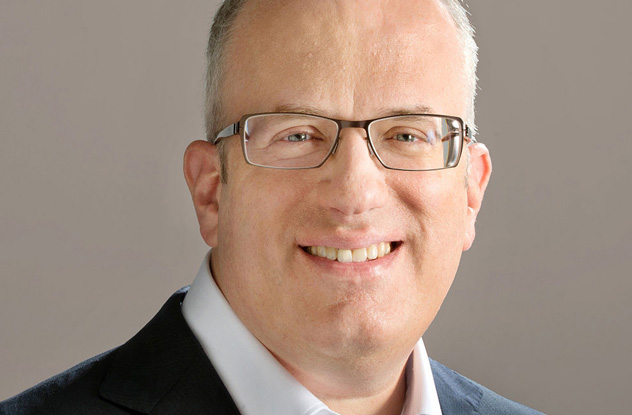 Brendan Eich is a brilliant programmer, the creator of JavaScript, and a prominent member of Mozilla, the organization that develops (among other things) the Firefox browser. He was also the short-lived CEO of the Mozilla Corporation, until it came out that he’d contributed $1,000 to the 2008 California campaign to ban same-sex marriage. Amid the outrage, Eich was forced to resign.

The outrage seems manufactured. In 2008, even people such as President Obama opposed gay marriage, and the majority of California voters supported the campaign come Election Day.

Other reasons existed for the company perhaps wanting the man out. Eich was a vocal opponent of Digital Rights Management (DRM), which enforces copyright. Media companies engineer DRM to extract the maximum amount of money from consumers by segmenting the market. For example, one of the earliest forms of DRM prevented American DVD players from reading European disks.

Eich compared the situation at Mozilla with the Bridge of Khazad-Dum from The Lord of the Rings and DRM with the Balrog. Shortly after his resignation, Mozilla announced that they would accept DRM in the Firefox browser.

This one is outrageous and is more than a conspiracy theory: It definitely happened.

Companies such as Apple and Google signed a secret no-hire pact against luring one another’s workers. That meant a lack of competition for tech workers’ talents, reducing wages for up to 100,000 IT workers. The companies effectively formed a trust to fix workers’ wages, which is illegal under US antitrust laws. Even beloved companies such as Pixar and DreamWorks participated, revealing a dark side to their world of color and smiles.

Companies agreed to a $324 million settlement with workers. A judge initially didn’t approve the offer—employees were suing for up to $10 billion. 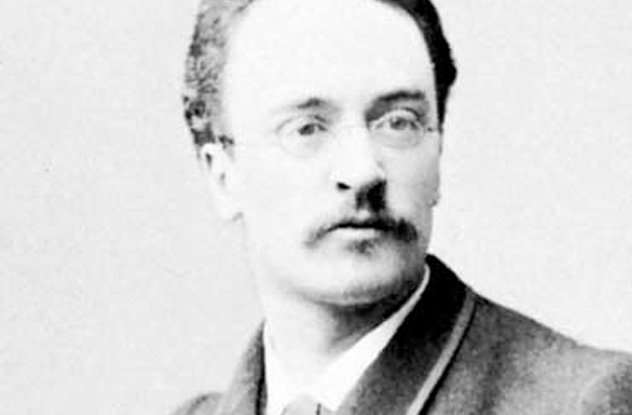 In 1893, Rudolf Diesel invented the diesel engine. Twenty years later, he was found dead on a boat.

The main suspect was the German military, which opposed Diesel’s plans to work for the Royal Navy. Another candidate was someone working for Herbert Akroyd-Stuart. Stuart invented his own engine, the “hot-bulb motor” or “oil engine,” shortly before Diesel raised efficiency by increasing compression ratio.

And then there’s the classic villain of tech-related conspiracy theories: Big Oil. Dr. Diesel’s original prototype used peanut oil, and another one ran on castor oil, so the oil companies feared that his engines could shift demand to vegetable fuels. 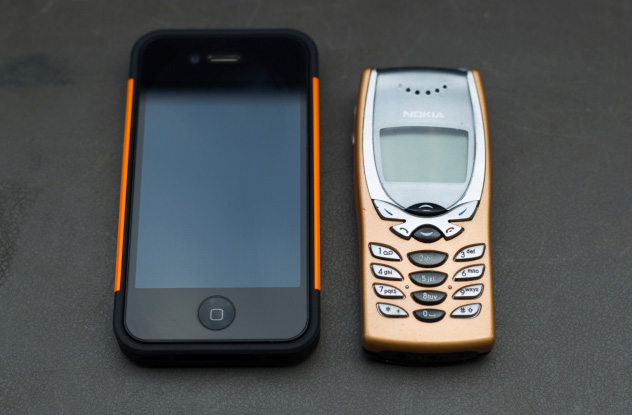 It was one of 2013’s biggest tech stories: Microsoft would acquire Finnish cellphone maker Nokia for upward of €5.4 billion. The deal made sense—Nokia was the main manufacturer of devices operating Microsoft OS Windows Phone, and it had run into trouble despite having dominated the market in the ’90s. But there was a catch. The CEO of Nokia had been a Microsoft employee.

Stephen Elop, the first non-Finnish Nokia head, had been responsible for the MS Office suite, leading the team that released Office 2010. Under his tenure at Nokia, his decisions to “ensure the future of the company” eschewed the easiest timelines, adopting Windows Phone over alternatives such as MeeGo. The result was the steady decline of the company, which was bought by Microsoft for little more than a quarter of what Facebook paid for IM startup WhatsApp. Post-deal, Microsoft laid off 18,000 workers, most of them former Nokia employees.

By Nokia’s standards, Elop was a dismal failure. By Microsoft’s, he was a brilliant success, which is why they rewarded him with a cushy job as Devices and Services VP. Only recently have Nokias started outselling iPhones in some markets—well after the Microsoft purchase.

6 The GM EV1
The Future That Never Was

Who Killed The Electric Car? (Documentary) (Part 1 of 8)

In 1990, California passed a law requiring major automakers to build zero-emission vehicles, powered by hydrogen fuel cells or batteries. General Motors responded with the EV1, an electric car poised to be the first car in almost a century not powered by fossil fuels. GM didn’t sell the car, but they leased it, calling the experimental car’s first users “beta-testers” rather than customers. This bypassed the legal requirement to offer spare parts after production ended, since the car was never for sale to start with.

The car was a decent-enough commuter two-seater with excellent aerodynamics, good handling, a smooth ride, and a nice fit and finish for the ’90s. But the GM hierarchy was dead scared of it. A successful electric car would destroy overnight the existing relations between automakers and oil companies. It would render obsolete the billions invested in internal combustion engines. So car companies pushed to roll back the California law that started it all, and they succeeded.

EV1s were recalled and destroyed, save for a few that were donated to museums, their engines and batteries disabled. The whole story is narrated in the documentary Who Killed the Electric Car? The only functional EV1 remaining is in the Smithsonian Museum.

5 Lightbulbs
A Dim Past 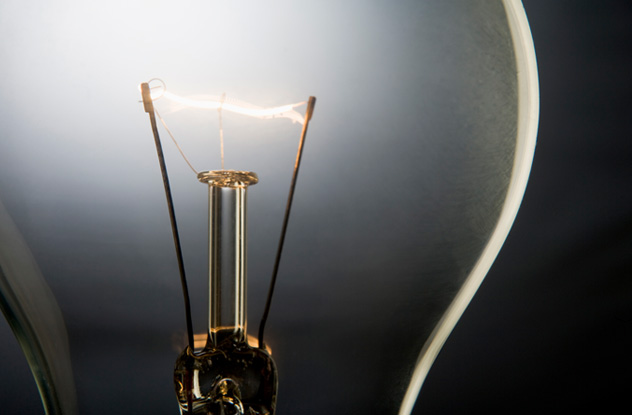 Planned obsolescence breaks products down artificially quickly, forcing consumers to buy replacements. A blatant case of this is the design of lightbulbs.

At first, researchers aimed for longer-lasting lightbulbs—one in the Livermore Fire Department building has shone for 112 years. But such expensive designs lowered revenues because demand was limited. So the main brands, including Philips, Osram, and General Electric, are said to have formed a conspiracy make money and reduce bulb quality.

This supposed conspiracy group was named the Phoebus cartel after the Sun-god Apollo. The Phoebus cartel parceled the market and adopted a two-tiered strategy. First, like all cartels, the oligopoly hiked prices. Next, to keep a constant revenue stream, they modified designs, lowering each bulb’s lifespan to a puny 1,000 hours.

Although the cartel only existed from 1924 to 1939, they disrupted the market so that all lighting equipment would be engineered not to exceed the artificial lifespan. 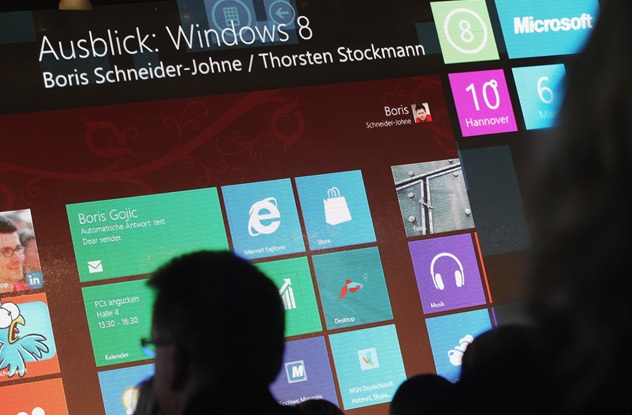 Microsoft is the company that put a computer on every desk. Many others had tried before, but Microsoft’s Windows operating systems, Office productivity suites, and DirectX APIs broke computing into the mainstream. The path, alas, was not one of roses, and they engaged in many disreputable practices to reach the top. Microsoft became the face of computing in the ’90s due to a mixture of good-enough software, aggressive marketing, and an even more aggressive stranglehold on hardware vendors.

For example, Intel learned that if they worked with other software companies, Microsoft would focus their efforts in compiling Windows for non-Intel hardware. Microsoft further convinced manufacturers to falsely market configurations as “Windows X-capable.” Documents released in October 1998 revealed the company’s plan to extend Fear, Uncertainty, and Doubt (FUD) about perceived competitors like Linux. And, of course, plain old bribery can ensure that governments and public servants all over the world choose the right software.

3 Apple Slows iPhones To Get You To Upgrade 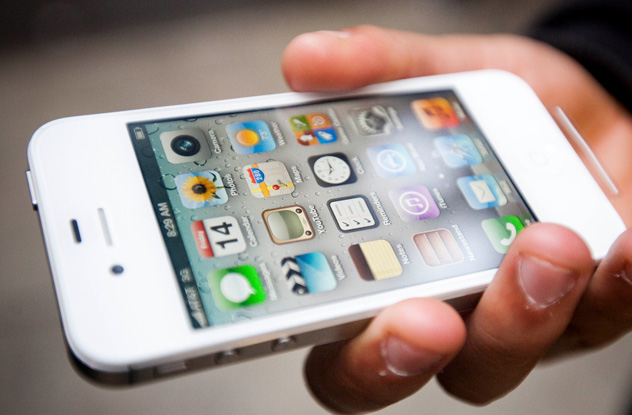 Every time Apple markets a new model of their iPhone or iPad, they also usually release an update to the iOS operating system. Owners of older-model devices find their beloved gadgets slow and unresponsive if they upgrade their software to the latest version. New models don’t have that problem.

This seems like it could be just personal perception, caused by the desire to have the latest model, but top-tier Android phones don’t have that problem. This is due to their different development patterns. Google writes Android software, while manufacturers like Samsung and Motorola build the hardware. Apple handles both the code and the phones, letting them effectively enforce planned obsolescence.

2 FM Radio
Out Of Tune 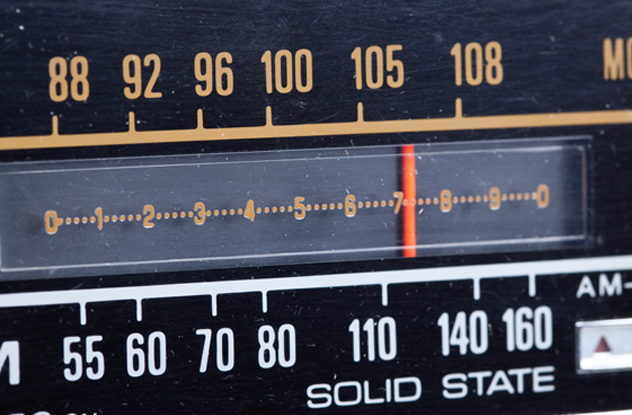 FM radio has lower interference, higher audio quality, and less noise than AM radio, which is sensitive to electric storms and high-voltage lines. There are drawbacks (like shorter range and higher complexity of equipment), but none of them justified the delay in the widespread adoption of FM radio. The real reasons are much nastier.

The Radio Corporation of America initially built its empire on AM stations. They successfully pushed the Federal Communications Commission to move the spectrum allocated to FM broadcasts to a different band, rendering existing equipment not just obsolete but illegal. The subsequent depression and financial struggles pushed radio pioneer Edwin Howard Armstrong (who worked for RCA) to commit suicide in 1954, aged 63. After his death, lawsuits he had filed were resolved in his favor, too late to save him. 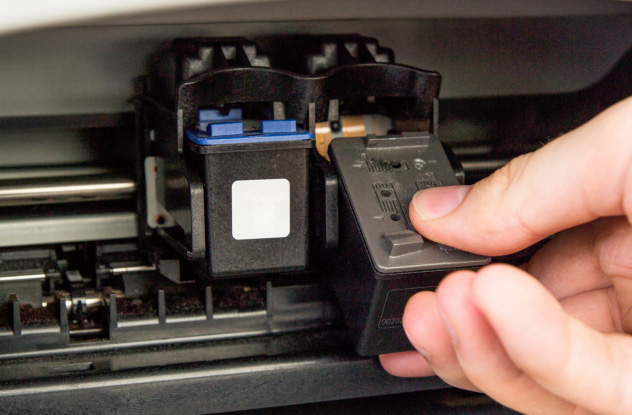 Printer ink is one of the most expensive liquids known to man, dearer than blood or fine champagne. Official ink cartridges are sometimes more expensive than buying a completely new printer. This is due to the “razor and blades” business model of printers: The printer is sold at a loss, but the cartridges have a huge profit margin.

Manufacturers explain the cost of ink as being necessary due to the difficulties of the printing process. But there’s more: Certain printer models are, like lightbulbs, engineered for failure.

After a company creates a successful printer, it can reduce the quality of some units just by downgrading the firmware. The maker minimizes its costs by manufacturing the models together but maximizes its profits by selling the models at different prices, segmenting the market. Some printers even count pages internally, and once the counter hits a certain number, the device becomes useless. There are means to bypass the counter, but they void warranties.

A. J. Simonson is a lowly engineering student who strives to be an Oompa-Loompa of technology, with an interest in history, languages, politics, and economy as side interests to his main passion: cars and planes.