The world is a very strange place indeed. There is no telling what lurks behind picket fences. Below are some of the very strangest locales across the globe, from a city mired in garbage to a community of retired circus freaks.

In the suburbs of America, people prowl neighborhoods on bulk collection day, picking up cast-off furniture and the like to flip for a profit. Sanitation workers, who develop a keen eye for this sort of thing over the course of their careers, call the valuable trinkets they manage to salvage “mongo.” But nowhere in the world is garbage as important a part of the economy as Manshiyat Naser, a ward of Cairo.

The people of Manshiyat Naser scrape together a life processing the trash of Cairo’s 10 million residents. It is a hard life: There is no running water, sewers, or electricity, and every spare inch of space is packed with towers of garbage. Those pigs that weren’t slaughtered during the 2009 swine flu scare root around in the filth.

Living in extreme poverty, the families of “Garbage City” tend to each specialize in a particular type of trash, with some relying on recyclable bottles, others on metal, and others burning what they can for warmth. 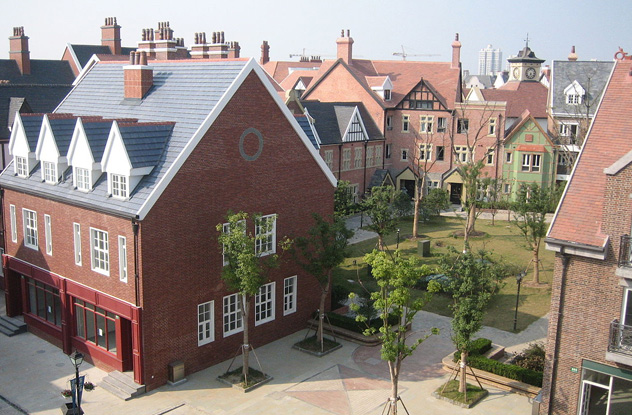 It seems strange that the world’s most populous country could have so many ghost towns, but China’s zeal for construction far outstrips demand. Entire cities sit mostly empty, with vacancy rates on even new homes nationwide approaching 20 percent.

One such empty city is Thames Town. Located about 32 kilometers (20 mi) from Shanghai, this town was built with an exacting eye for detail to resemble a quaint English market town, complete with rowhouses, cobblestone streets, a pub, and a fish and chips shop.

Completed in 2006, Thames Town sits mostly empty, leaving everything with a creepy Twilight Zone vibe. About the only thing that Thames Town is popular for is wedding photography: Newlyweds love the novel backdrop.

There are also other abandoned European style towns throughout China, including Tianducheng, built to replicate Paris, complete with a one-third scale version of the Eiffel Tower.

8Gibsonton, Florida
Where The Freaks Wintered

Weird US in Gibsonton: Freakville U.S.A.

Traveling circuses and carnivals have always been a seasonal business, and during the bleak winter months, employees were forced to go south. One of their most storied refuges was Florida’s Gibsonton, a sleepy town outside Tampa. “Gibtown” embraced its part-time residents, adjusting zoning laws to allow people to keep exotic animals and carnival rides on their property. The post office even lowered their counter for dwarf performers.

The town’s famous inhabitants included odd couple Al and Jeanie Tomaini. Al was a pituitary giant. Jeanie, who was born without legs, was only one-quarter as tall as him, and Al carried her around like a baby. The couple retired to Gibtown, running a lodge and fishing camp and serving in the community.

Another resident was Grady Stiles, who suffered from ectrodactyly, a congenital disorder that made his hands and feet look like lobster claws. According to his family, “Lobster Boy” was a vicious and abusive man who murdered his daughter’s fiance a day before the wedding. Stiles himself was murdered in November 1992 by a man paid by his wife.

These days, most of the performers who once populated Gibtown have died, and the town mostly resembles any other, except for its bizarre ghosts. 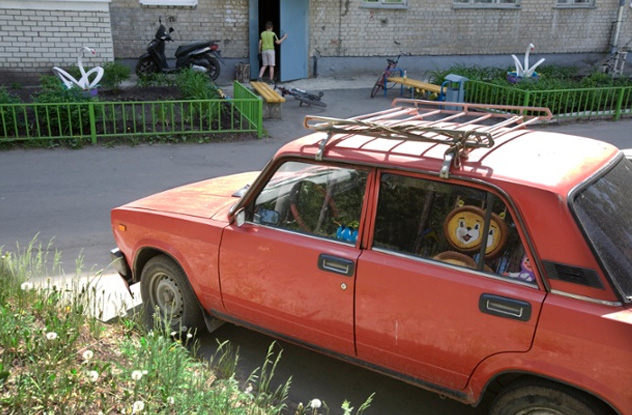 In the wake of World War II, the USSR went into overdrive in its preparation to take on America. Many cities with research facilities and munitions factories that fed the Soviet war machine were “closed”—literally removed from maps, the lives of their residents severely restricted.

As Russia is slightly less terrifying than its predecessor, it has liberated many closed cities. However, several remain closed, including Zarechny, a city of just over 60,000 in the western part of the country. According to the town’s own website, Zarechny is a “closed administrative-territorial formation,” strategically significant as components for nuclear weapons are built behind its walls. The city’s biggest employer is Rosatom, a state corporation that regulates nuclear technology.

There is very little movement into or out of Zarechny, and the city is officially closed to outsiders with rare exception, fenced off with walls and barbed wire. However, there are benefits to living in closed cities, including better compensation. 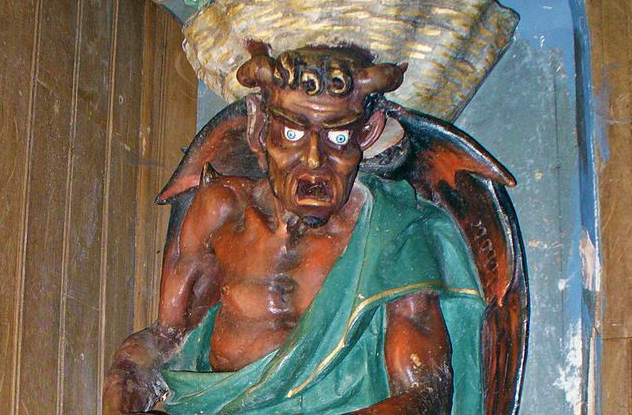 Located in the French Pyrenees, Rennes-le-Chateau is a tiny Catholic village. Once an average little place inhabited by some 300 people, it was visited in 1885 by a preacher named Francois Berenger Sauniere. The impoverished priest soon began exhibiting fabulous wealth, rebuilding the local church, an 11th-century structure dedicated to Mary Magdalene. One of the most bizarre adornments that he commissioned was a statue of the devil clutching a holy water font. At the entrance of the church, he had the legend inscribed Terribilis Est Locus Iste (“This Place Is Terrible”). Next door, he built a fabulous villa for himself.

The source of his wealth generated significant controversy, with many believing that Sauniere was the center of a great conspiracy. People claimed that he’d discovered some ancient treasure dating back to the Crusades or else had shady ties with the Vatican. Others believed he’d discovered some secret about the life of Christ.

The conspiracy surrounding Sauniere would later inspire author Dan Brown to write the worldwide bestseller The Da Vinci Code. The book, in turn, led to an enormous influx of tourism to the area, with eager treasure hunters digging up graves. Things got so bad that Sauniere’s corpse had to be exhumed in 2004 and buried in a concrete sarcophagus.

Real estate prices skyrocketed, and a cottage industry grew around the novel’s legacy and the strange legend of Francois Berenger Sauniere. However, some consider this all for naught, ascribing Sauniere’s wealth not to some vast secret treasure or access to the Holy Grail, but rather good old fashioned fraud, accepting money for prayers and masses that he never performed. 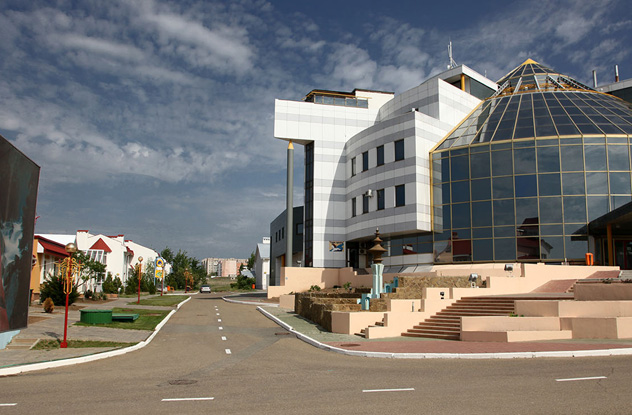 In Kalmykia, a republic of Russia, among the barren steppes sits a bizarre sight—a giant glass dome surrounded by a California-style neighborhood. This is Chess City, a mecca to the game of kings, dreamed up by chess-obsessed former president Kirsan Ilyumzhinov.

Woven through the neighborhood are various chess-themed sculptures. The city held some major championship matches over the years, but Ilyumzhinov’s ambition was ultimately vanity. Today, the Chess Palace sits largely empty, and the neighborhood around it is sinking gradually into decay.

The city’s mastermind is even weirder than his creation. Kirsan Ilyumzhinov claims to have had contact with aliens and says his destiny was spelled out for him by a blind Bulgarian psychic named Babuska Vanga. Vanga told him he would become President of Kalmykia and also of the World Chess Federation (FIDE). Ilyumzhinov took control of the republic in 1993 and became head of the FIDE two years later, hatching a grand plan to turn his land into a chess wonderland.

Exactly where the money to construct the city (an estimated $30–50 million) came from is unknown—Kalmykia is desperately poor. However, the citizens of Kalmykia might not have much to worry about. According to Ilyumzhinov, the aliens will one day return and “pack us all into their spaceships and take us away from this place.” 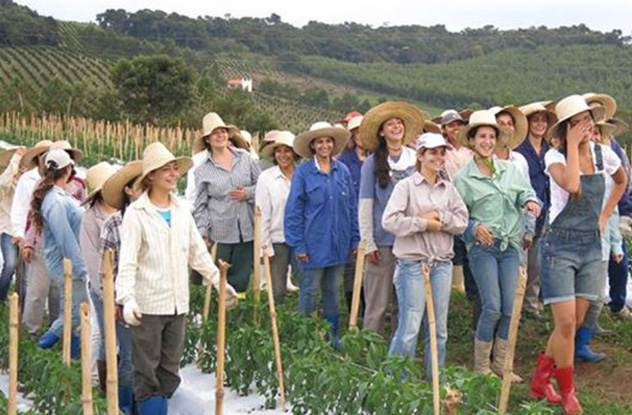 Many say the world would be better off if women were in charge. In southeast Brazil, it is possible to find out if that is indeed the case. Noiva Do Cordeiro (“Bride of the Lamb”) was established in 1891 by a woman named Senhorinha de Lima after she was driven out of her own community for adultery. This rural, 600-strong community is composed almost entirely of women. Only a handful have husbands, most of whom work in the city of Belo Horizonte some 100 kilometers (60 mi) away, only spending time with their wives on the weekends.

This community of Amazons is surrounded by rainforest and verdant farmland that the women tend. They are in charge of nearly every aspect of the town, from religious matters to planning events. However, many miss having romance in their lives. Unfortunately, they know that bringing men into the Noiva Do Cordiero could destroy the balance they have achieved. As 23-year-old resident Nelma Fernandes puts it, “I haven’t kissed a man for a long time. We all dream of falling in love and getting married . . . But first they need to agree to do what we say and live according to our rules.”

When oil was discovered in the Caspian Sea in the late 1940s, the USSR built the world’s first offshore platform. As there was no precedent, there was no set plan for this structure. Over the years, more and more was added, until it was a sprawling complex of oil rigs, roads, bridges, piers, apartment buildings, and even a cinema.

The labyrinthine structure is moored to the bottom of the sea by sunken ships and industrial debris. At one time, it was one of the major providers of oil for the USSR, but in the years since, new, more accessible oilfields have been discovered.

Today, Neft Daslari (“oily rock”) resembles humanity’s attempt to rebuild after some apocalyptic event. Much of the complex is unreachable, the bridges connecting it crumbling into the sea. Some of the apartment buildings are underwater.

The workforce has been reduced to a fraction of what it once was, but an air of secrecy continues to pervade the facility. For instance, if you go on Google maps to get an aerial view, you will find that it won’t zoom in. The facility has generated such intrigue over the years that it was featured in the 1999 James Bond movie The World Is Not Enough. 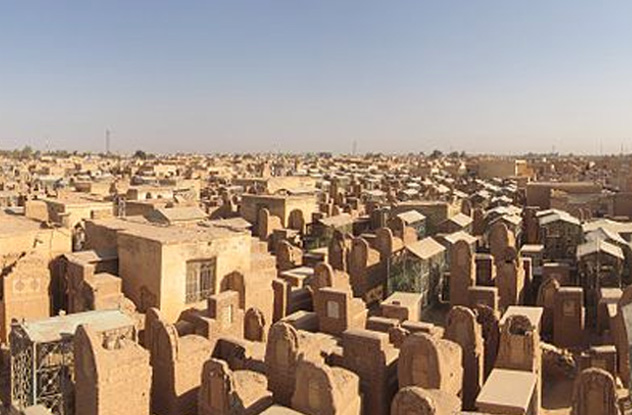 For those not given to superstitious leanings, living next door to a cemetery can be quite ideal. Your neighbors are quiet and probably won’t ask to borrow your lawn mower. But for those of a squeamish bent, life in Najaf, Iraq must be a nightmare. This city is home to Wadi Al-Salam, the world’s largest cemetery. Nearly double the size of New York City’s Central Park, the cemetery is the final resting place of some five million souls. Burials have been conducted on a daily basis for over 1,400 years.

As ISIS continue to slaughter innocents across the country, the resources of Wadi Al-Salam have grown thin. Some 200 corpses stream into this ancient necropolis each day. Desperate families have been forced to steal plots and even bury their loves ones beneath the sidewalks, as it can cost in excess of $10,000 to be interred in the cemetery.

1Auroville, India
The City of Dawn 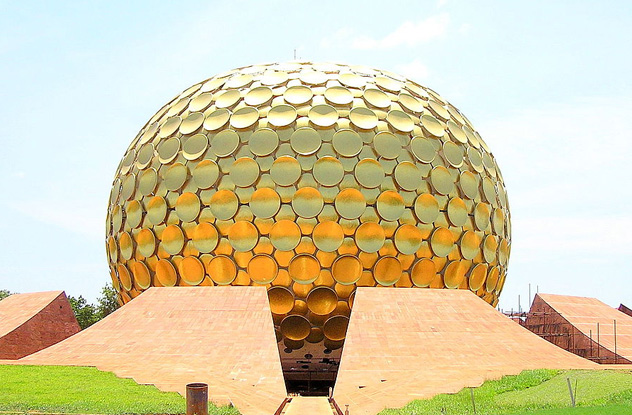 Most experiments at creating utopias end poorly. One such stab at perfection was Auroville, India, founded in 1968 by Mirra “The Mother” Alfassa. Today, the city is home to over 2,000 people from all over the world. No one owns property, and almost no money is exchanged. There is no leader or any real set of rules.

According to their website “Auroville wants to be a universal town where men and women of all countries are able to live in peace and progressive harmony above all creeds, all politics and all nationalities. The purpose of Auroville is to realize human unity.” The core of Auroville is a massive temple called “The Matrimandir,” symbolic of Alfassa. It is a geodesic dome (think Epcot Center) swathed in golden discs. The Matrimandir does not advocate any particular religion and is open to the public by appointment.

Auroville is quite open to tourism and features plenty of guest houses and restaurants should you wish to visit and find your spiritual center.