While people fear guns and bombs, biological and chemical attacks reach a whole new level of terrorism, potentially continuing unstoppably through huge numbers of victims. The following incidents mostly include bungled attempts and thwarted threats. Yet the potential for each of these acts to have succeeded can induce paranoia in anyone.

10The Covenant, The Sword, And The Arm Of The Lord
Cyanide 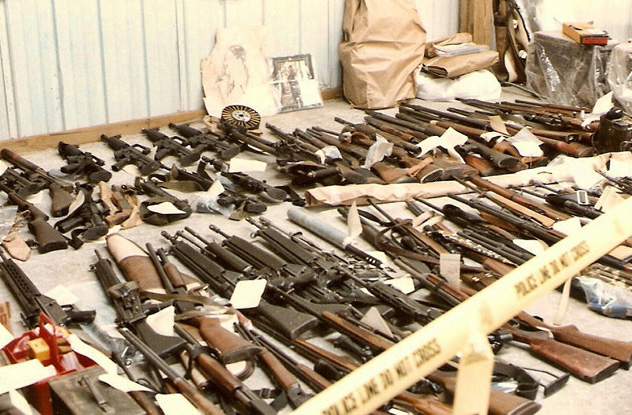 The Covenant, the Sword, and the Arm of the Lord (CSA), established in 1970, was a militia-style white supremacist group organized by Texas minister James Ellison. The CSA settled into a camp they christened “Zarephath-Horeb” on the border of Texas and Arkansas. For over a decade, they stockpiled supplies and recruited members in preparation for a race war, which leaders believed would eradicate everyone except “God’s People” (i.e., white Christians).

In 1985, after repeated complaints from surrounding communities, federal agents surrounded the camp and demanded entry. A three-day standoff ensued, ending when agents raided the compound. Ellison was charged with conspiring to overthrow the government and with possession of illegal weapons.

The most unnerving weapon uncovered at the camp was 114 liters (30 gal) of potassium cyanide solution. The CSA had planned to contaminate the water supply of several large cities with the deadly toxin. Their motive was to cleanse these cities of undesirables in preparation for the second coming of the Messiah.

The CSA is virtually extinct now, but some lone stragglers remain. 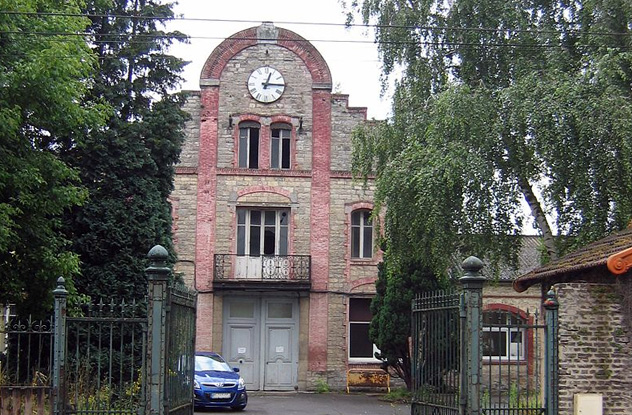 In 2000, workers in the French chemical plant Cellatex were at their wit’s end. After years at the hands of multiple factory owners, their plant would be closing, and they would be issued less-than-desirable severance packages. Outraged, the workers turned to violence.

In July of that year, shortly after the plant declared bankruptcy, workers gathered to occupy the factory. They welded the front gates shut to prevent anyone from coming in and built a bonfire of factory materials. They took two hostages—an official from the labor department and a local parliament member.

Authorities planned to wait out the demonstrators, biding their time (and money) until the protesters ran out of steam. As days passed with no negotiations, the workers’ frustrations mounted. They threatened to blow up the entire plant but instead released 19,000 liters (5,000 gal) of sulfuric acid into a stream leading to the Meuse River. They then declared that they would release an additional 38,000 liters (10,000 gal) every two hours until their demands were met.

Emergency crews were able to stop the acid (dyed red as a symbolic gesture) from reaching the river, but the demonstrators’ message was finally heard. As a result, the workers were approached with new severance terms as well as a rather generous insurance package. In 2001, disgruntled waste management system worker Vitek Boden sought vengeance in an interesting way. He had applied for a job with the Maroochy Shire Council in Queensland, Australia but had been rejected. Sources claim that this was because the Council had gotten word of Boden’s “strained relationship” with his current employer, which had installed the Maroochy Shire sewage control system.

Frustrated, Boden designed the ultimate revenge. Using equipment stolen from his workplace, he drove around the Maroochy Shire area over 40 times during a three-month period, transmitting radio commands to release raw sewage. The sewage entered parks, rivers, and the grounds of a Hyatt Regency hotel. According to the EPA investigations manager, the leak caused “significant harm” to the environment by killing marine life, turning creek water brackish, and creating an “unbearable” stench.

Boden’s rampage may have continued had he not been pulled over for a traffic violation during one of his sewage-releasing expeditions. He was slammed with hacking charges, as well as serious and willful damage to the environment, on top of having to pay the city back for damages. 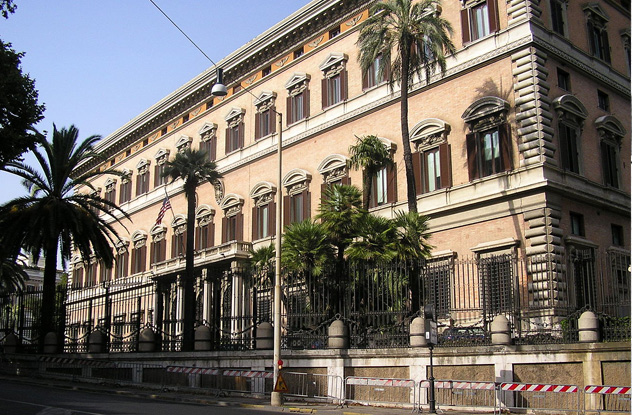 In 2002, four Moroccan men were arrested in Rome for possession of 4 kilograms (9 lb) of a cyanide compound. Cyanide is relatively easy to get in Italy; farmers commonly use it to kill rats.

The compound was originally believed to be potassium cyanide, which is incredibly lethal when dissolved in water. Later reports suggested that it was potassium ferrocyanide, which is used in winemaking and is non-toxic. Authorities remained skeptical of these later reports, especially upon further investigation of the culprits.

One of the four apprehended had been involved in a previous thwarted terrorist attack in Milan. A wiretap had picked up on a threat against the US Embassy involving an unspecified harmful liquid. Among the items found in a raid of the Morrocans’ apartment was a city map of Rome, with the US Embassy circled in red. 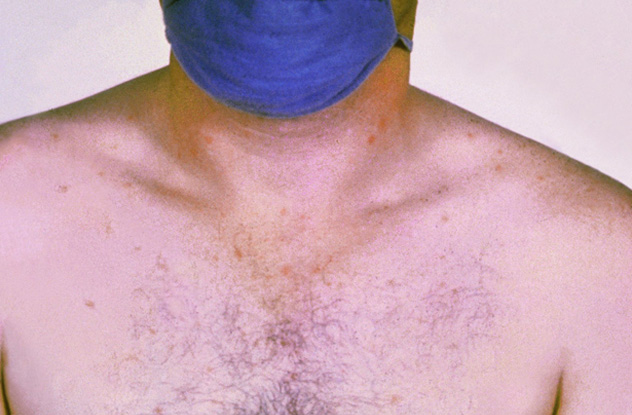 This bioterrorist threat from the early 1970s stands in stark contrast to the peaceful activism of the preceding decade.

In late 1971, two Chicago college students, Steven Pera and Allen Schwander, founded R.I.S.E. (“R” allegedly for “Reconstruction,” “S” for “Society,” and “E” for “Extermination”). The organization believed that humans were destroying the environment, and the only way to counteract the damage was to eradicate mankind. Only a choice few people (16, to be exact), would remain to live in harmony with Mother Earth.

By 1972, Pera was working in a microbiology lab at Presbyterian-St. Luke’s Hospital in Chicago. He started stockpiling cultures of pathogens. Typhoid wasn’t his only disease of choice—he also grabbed bacterial meningitis, diphtheria, and more. He kept all of these in a previously empty bedroom of his apartment that became known as the “War Room.” Pera and Schwander decided upon the means of administering the biochemical agents: aerosolization and contamination of food and water.

The group unraveled when they approached new recruits—who, alarmed, reported R.I.S.E. to the authorities. Pera and Schwander were apprehended.

This didn’t stop these would-be revolutionaries from pursuing their intentions, however. After jumping bail, they fled to Jamaica, where they hijacked a small plane and landed in Cuba. The Cuban authorities threw them in the slammer, where Schwander was reportedly beaten to death. Pera returned to the US in 1975 and was sentenced to five years’ probation. In 1995, Larry Harris of Ohio ordered $300 worth of bubonic plague bacteria from the American Type Culture Collection, a nonprofit biological supplier. Larry was a food testing facility’s tank inspector, who checked drinking water for bacteria, but he claimed to be a microbiologist with his own research space.

The bacteria didn’t arrive on schedule, and Harris called to see what had happened. The group assured him that the shipment was on its way. In reality, ATCC had contacted public health officials and the FBI.

Upon searching Harris’s home, police found Aryan Nation documents pinned to the walls, plus homemade firearms and explosives. Harris admitted to being a member of a white supremacist group, and he’d apparently previously confessed to coworkers that he had militia movement leanings.

Whether or not he intended to use the substance for bioterrorism, he clearly had no idea how to properly handle the stuff. At one point, he stored his vials in the glove compartment of his car. 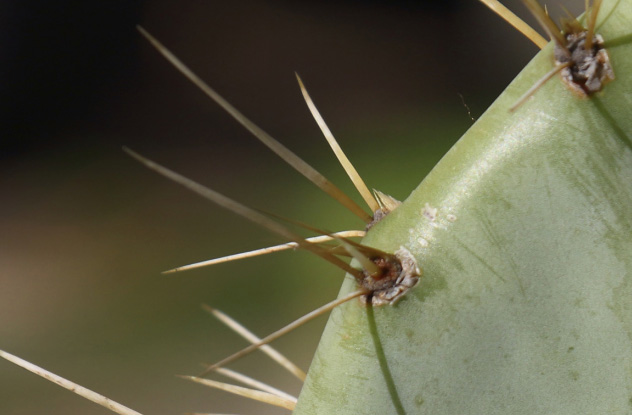 Three men belonging to the separatist group the Republic of Texas were charged in 1998 with a conspiracy to assassinate President Clinton, along with other government officials and their families.

The three men—Johnnie Wise, Jack Abbott Grebe, and Oliver Emigh (later acquitted)—planned to modify a cigarette lighter to inject a cactus needle laced with toxin into the unsuspecting victim’s skin. The toxin was yet to be chosen, but the men considered coating the needles with botulism, anthrax, rabies, or HIV.

The three were apprehended after approaching a computer consultant, John Cain, for help in sending “untraceable” messages to government officials. Cain met with the men to discuss their intentions and later informed the FBI.

Though the men never developed their rather odd biological weapon, their candidness in FBI interviews allowed them to be locked away for more than 24 years in prison. For 72-year-old Wise in particular, this was no small punishment. There are many tales of Jewish Holocaust survivors seeking revenge on their former Nazi captors. This particular group, Avenging Israel’s Blood (DIN), comprised about 60 members and was led by Abba Kovner, pictured in the center of the above photo.

In 1946, seven men and two women from the DIN targeted SS officers being held in Stalag 13, a Nuremburg POW camp. After realizing that the camp’s bread was delivered by a single bakery, they successfully secured an accomplice named Arye Distel as an assistant baker. From there, the plan of attack unfurled.

Over a period of several weeks, Distel smuggled in small bottles of arsenic, stashing them under floorboards. The night before the attack, he and three other conspirators sneaked into the bakery and spread a mixture of arsenic and glue on 3,000 loaves of bread. The following morning, the bread was delivered to the camp and was consumed by the officers.

Nobody died, despite claims that allege otherwise. But the New York Times stated that nearly 2,000 officers fell “seriously ill.” Later reports claimed that 207 were hospitalized. The Minnesota Patriots Council, yet another nutty backwoods militia, was mostly concerned with the taxation system. They refused to recognize any form of government higher than county level, feeling that the tyrannical federal government oppressed personal liberty.

In the early 1990s, three MPC members came across an ad for a mail-order ricin kit in a right-wing newsletter. Leroy Wheeler, Dennis Henderson, and Richard Oelrich thought this was a superb weapon to use on a US deputy marshal and a local sheriff, both of whom had become an annoyance to the Council. They mixed the ricin with other chemicals for optimal toxicity and stored the concoction in a baby food canister (lovingly dubbed “Maynard”). They kept Maynard at the home of another extremist member, Doug Baker, and stealthily plotted their attack.

All was well until Baker got into a dispute with his wife, who ended up fearing for her safety (rightfully so; one source claimed that he’d pointed a shotgun at her). She brought the canister to the local police department. Inside, authorities found the ricin, along with a sticky note with instructions on how to use it.

The men were convicted with production and possession of a deadly biological substance. This might make you think twice about those weekly muffin baskets at the office. In 1996, a group of lab workers at a large medical center in Texas received emails inviting them to eat pastries laid out in the break room. The workers eagerly accepted the invitation. Shortly thereafter, those who indulged developed severe gastrointestinal illness.

In all, 12 workers fell ill (the remaining 33 lab workers had passed on the treats), and stool samples taken from these patients reported high numbers of Shigella bacteria present in their intestinal tract. Case studies performed after the incident determined that Shigella was also present in a partially eaten muffin. Never heard of Shigella? The full Latin name is Shigella dysenteriae—dysentery.

This was no small case of the stomach flu. Every single one the sick workers had to head to a doctor. Five were treated in emergency rooms, and four others required further hospitalization.

A culture of Shigella that had been stored in a laboratory freezer was found to have been disturbed. The incident was eventually linked to a laboratory worker, Diane Thompson. Thompson’s motives were unknown, but she was sentenced to 20 years in prison.